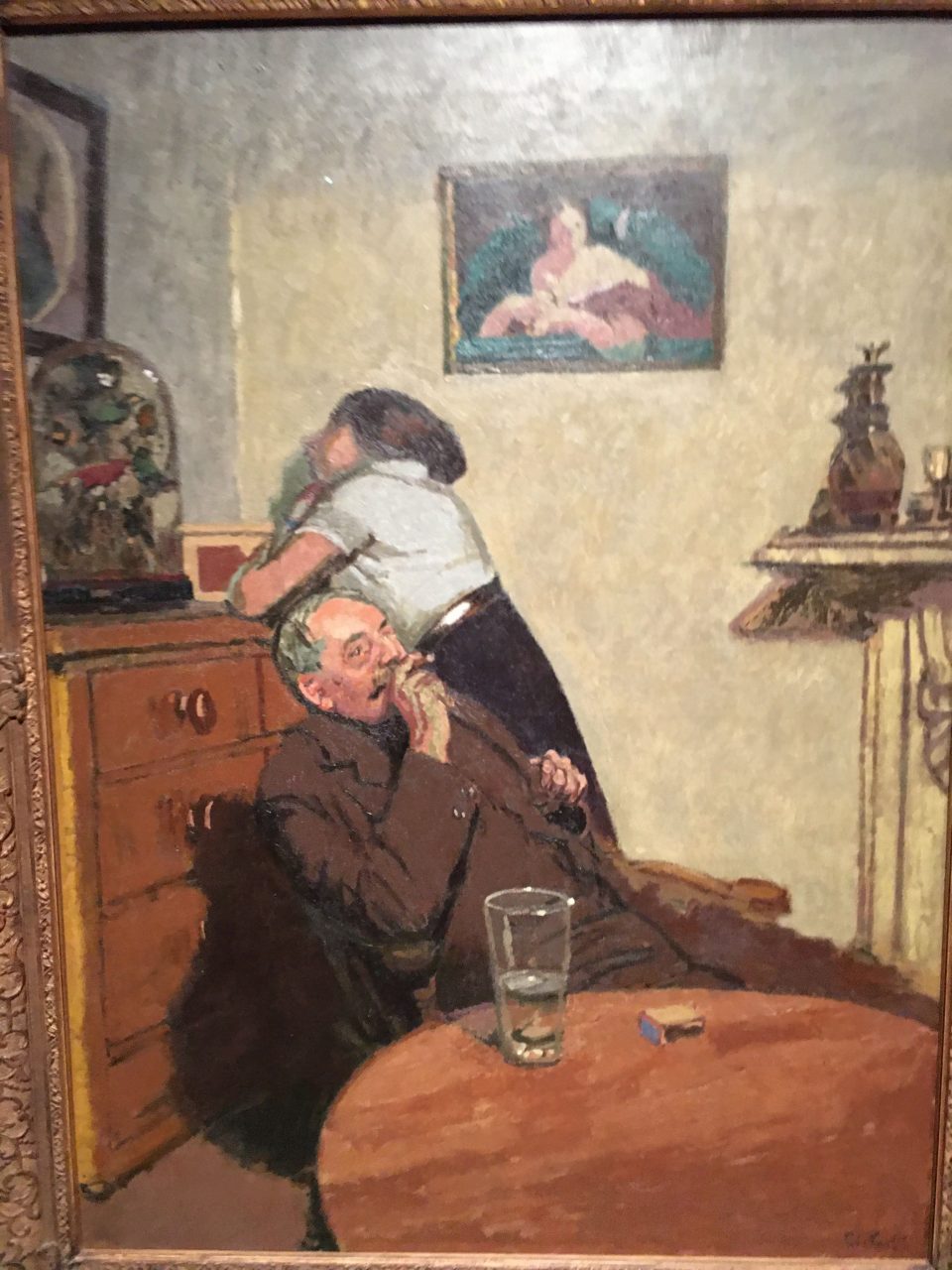 I went to the Tate Britain to review the Walter Sickert exhibition. I am currently in the midst of a psycho geography obsession. Basically this involves walking around London making connections between places, people and my life history. I was born in Ladbroke Grove in 1960 so I’ve got a lot of stuff to bring to the party, (if you want to explore psycho geography look up the talks on YouTube by Will Self or Iain Sinclair.) I have at least three psycho geographical connections with Walter Sickert. The first is that I was born exactly 100 years after him. Second that as a thirteen year old my mother was hospitalised and I went to stay with the Baileys in Essex Road, in a council flat in Sickert Court. Of course I knew nothing of the the artist but the name puzzled me. Why would a block of flats be named after what sounded like an illness? My third Sickert connection dates to 1982 when I was a frequent visitor to the Camden Palace night club/disco. This building opposite Mornington Crescent tube station had previously been known as the Camden Theatre and appears in some of Sickert’s paintings on show at the Tate. Now I realise that my psycho geographic links to Sickert are not particularly earth shattering but they illustrate the point that we all have innumerable connections to the past that add richness and meaning to our lives. In that spirit I commend the practice of psycho geography.

Walter Sickert (1860 – 1942) is “sick.” I mean that in the street slang sense of good, cool, the best. Although he is also pretty close to the medical meaning as well. Indeed some writers have made the case that he was in fact Jack the Ripper. He wasn’t actually but he was fascinated by the Ripper. At one point he lived in a room used by Jack. His painting “Jack the Rippers Bedroom” of 1907 records this episode. 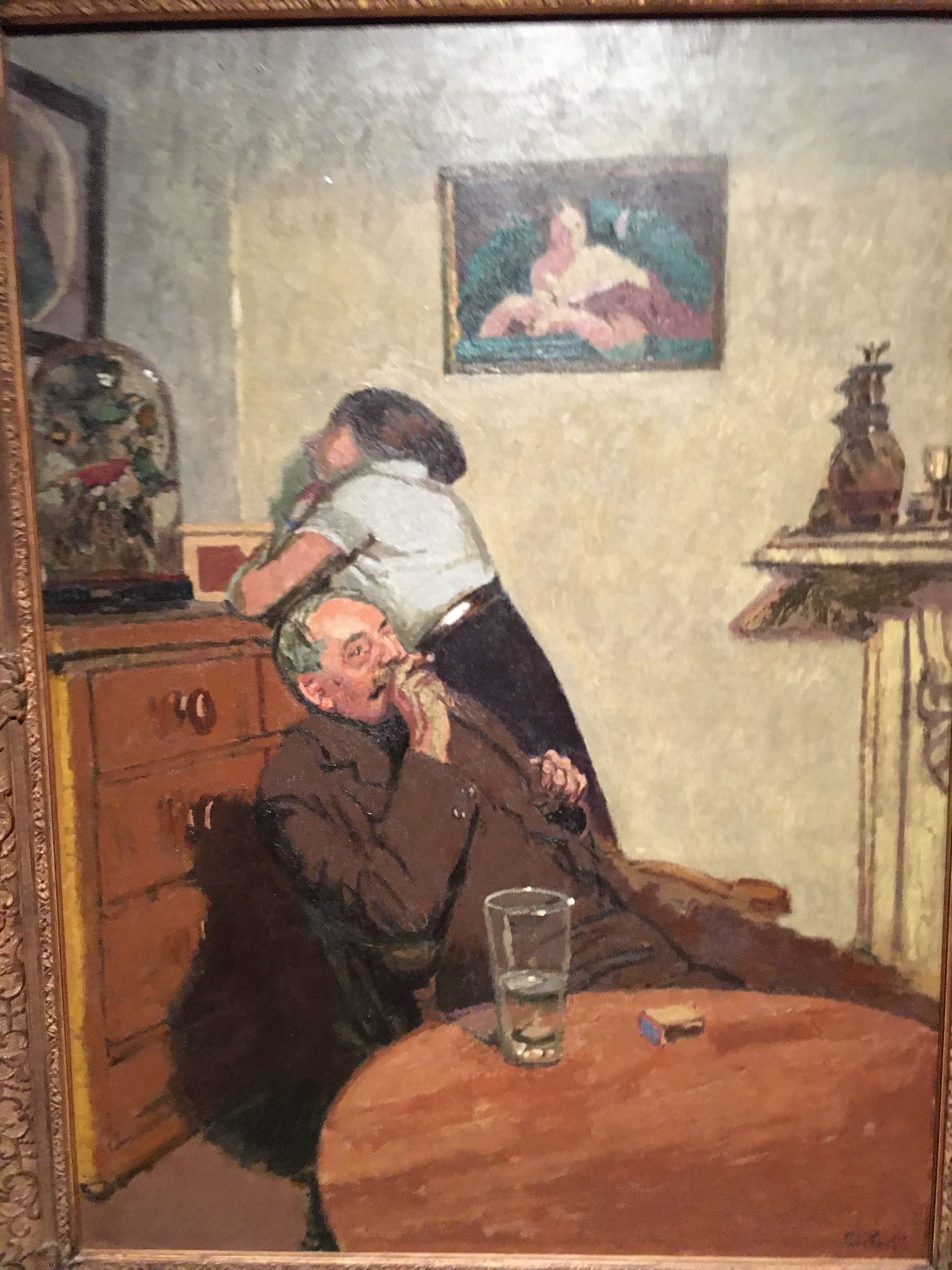 The first thing to say about the Tate exhibition is its comprehensiveness. For £20 you really do get your money’s worth. In one exhibition you can find all you need to appreciate and understand Sickert’s entire oeuvre. It really is an impressive piece of curatorial determination to show an artist through all the phases of play, as it were. So hats off to Emma Chambers and Thomas Kennedy for curating this exhibition.

Sickert is perhaps best known as the leading figure in the Camden Town group of Artists named because they lived and worked in Camden Town or Mornington Crescent to be precise. At that time 1905 to about 1920 Camden was a grim working class district notorious for crime, prostitution and squalor. Sickert captured this world vividly in a number of works known as the Camden Town murder series. These show seedy bedsits with a female figure, often naked, under the menacing male gaze of a lover/husband/customer – it’s difficult to say exactly. But that’s the point. The most disturbing of the series is undoubtedly “The Camden Town Murder”, or “What Shall we do for the Rent?” (1908). It has all the ingredients of Sickertian anomie, alienation, angst and annihilation. It’s a masterpiece which haunts every viewer male or female. Not surprisingly Sickert was rewarded for his unflinching depictions of bedsit land with the cold shoulder from the official art world. No good deed goes unpunished.

The exhibition does Sickert justice in expanding our appreciation of him. The Sickertian gloom, claustrophobia and angst of the Camden Town series are all that most viewers (myself included) know of Sickert, but the breadth of this show shows the many sides of Sickert. 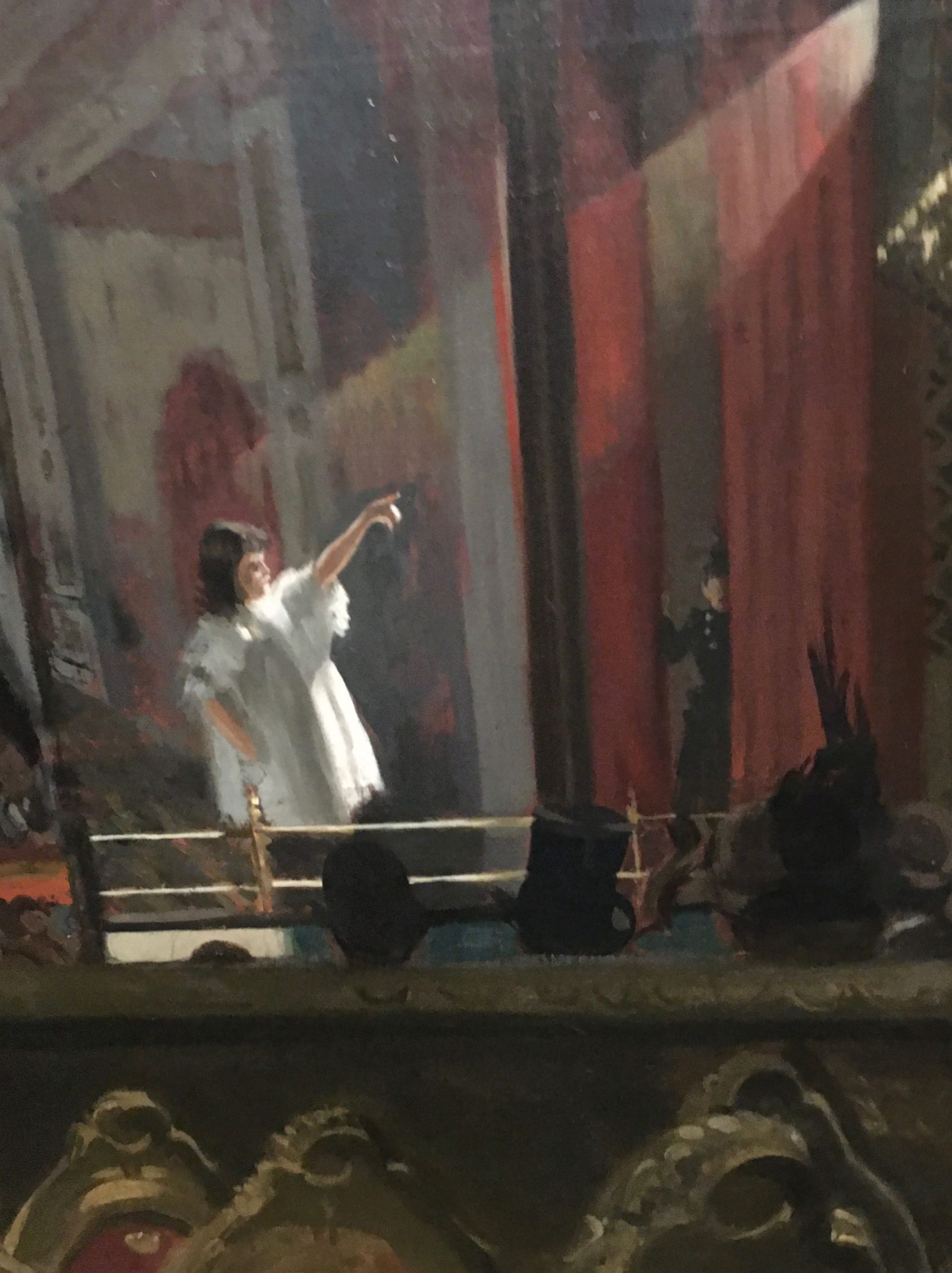 He spent much time and energy painting the poor. When presumably there was no money or kudos in doing so. He loved the music hall (as I said the Camden Palace that I visited as as a 22 year old appears in Sickert’s work) and the poor. This is wonderfully depicted in his Little Dot Hetherington at the Bedford Music Hall of 1888. Dot is singing  “The boy I love is Up in the Gallery” and pointing up as she does so. The gallery is of course where the cheapest seats are. And in Gallery of the Old Bedford of 1894 he paints those boys in the cheapest seats. Sickert also paints poor women such as the coster girl or street seller. He painted the black actor Ira Aldridge as Othello.

Other aspects of Sickert’s work that surprise are his use of colour, humour and celebration of life. His colour palette is usually seen as dark brown. But here we see glorious colour as bright  as any Matisse. The most gorgeous is  Minnie Cunningham at the Old Bedford in a bright red dress and hat:- 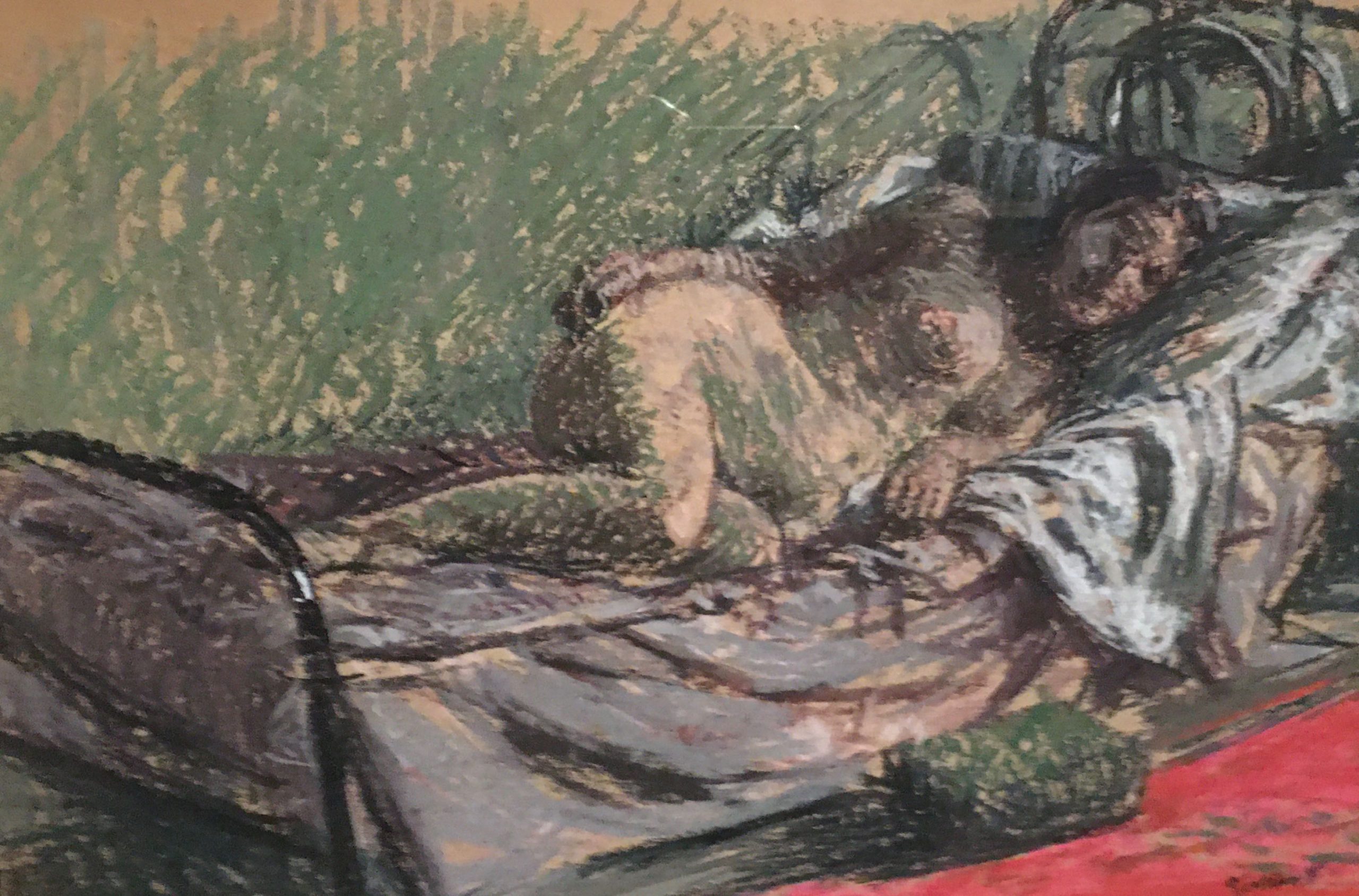 He can be very funny. Off to the Pub 1911 anticipates Alf Garnet’s catch phrase “ I’m going down the pub”  by 50 years. His masterpiece “Ennui” of 1914 is usually interpreted as a depressing piece of domestic misery but it can equally be seen as Becketian comic enervation. Nothing to be done. Finally his celebration of life. I defy anybody to look at “The Miner” of 1935 and not be moved . The painting shows a miner and his wife embracing and kissing Rodin like after his time spent on strike down inside the pit. 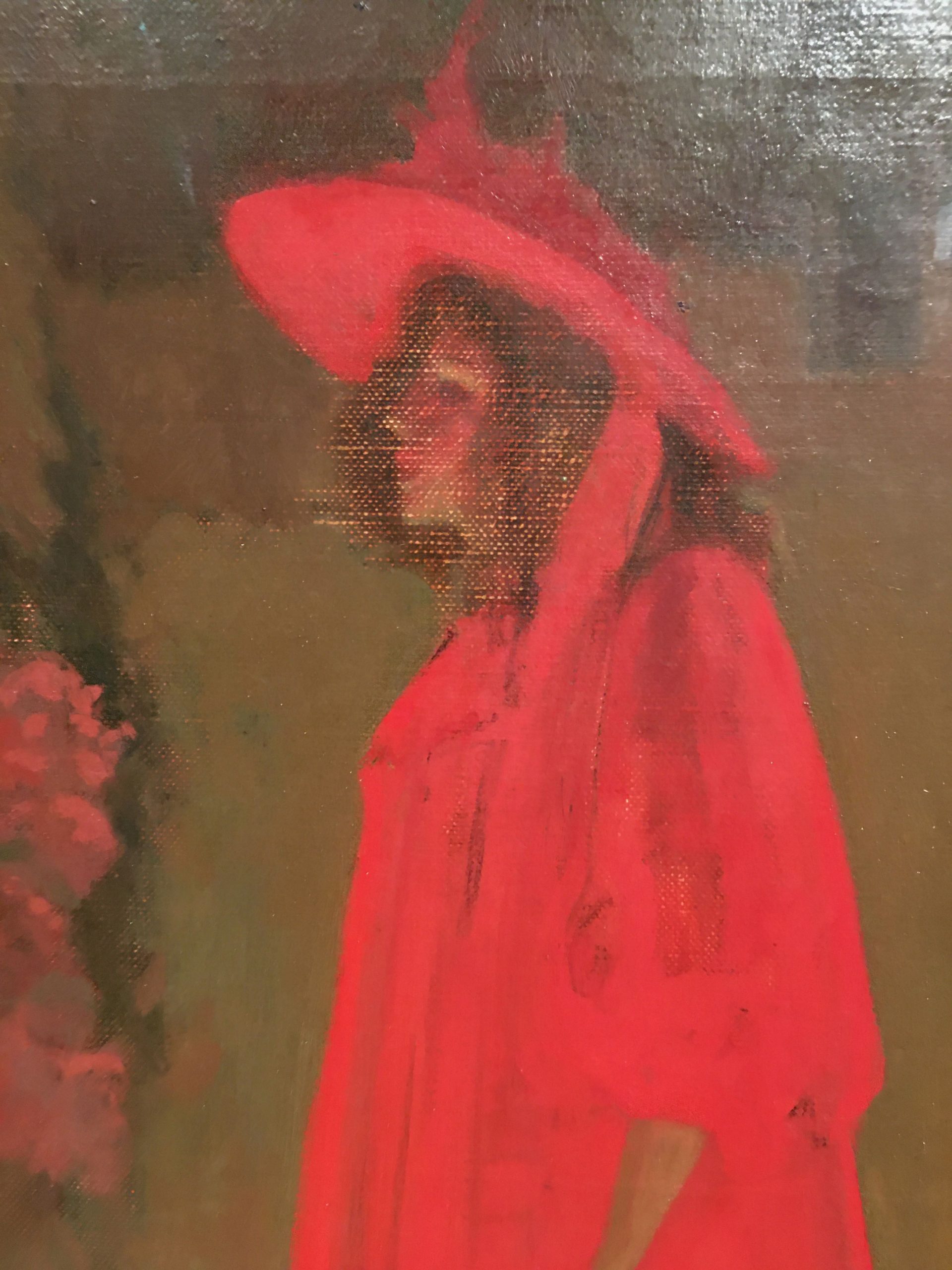 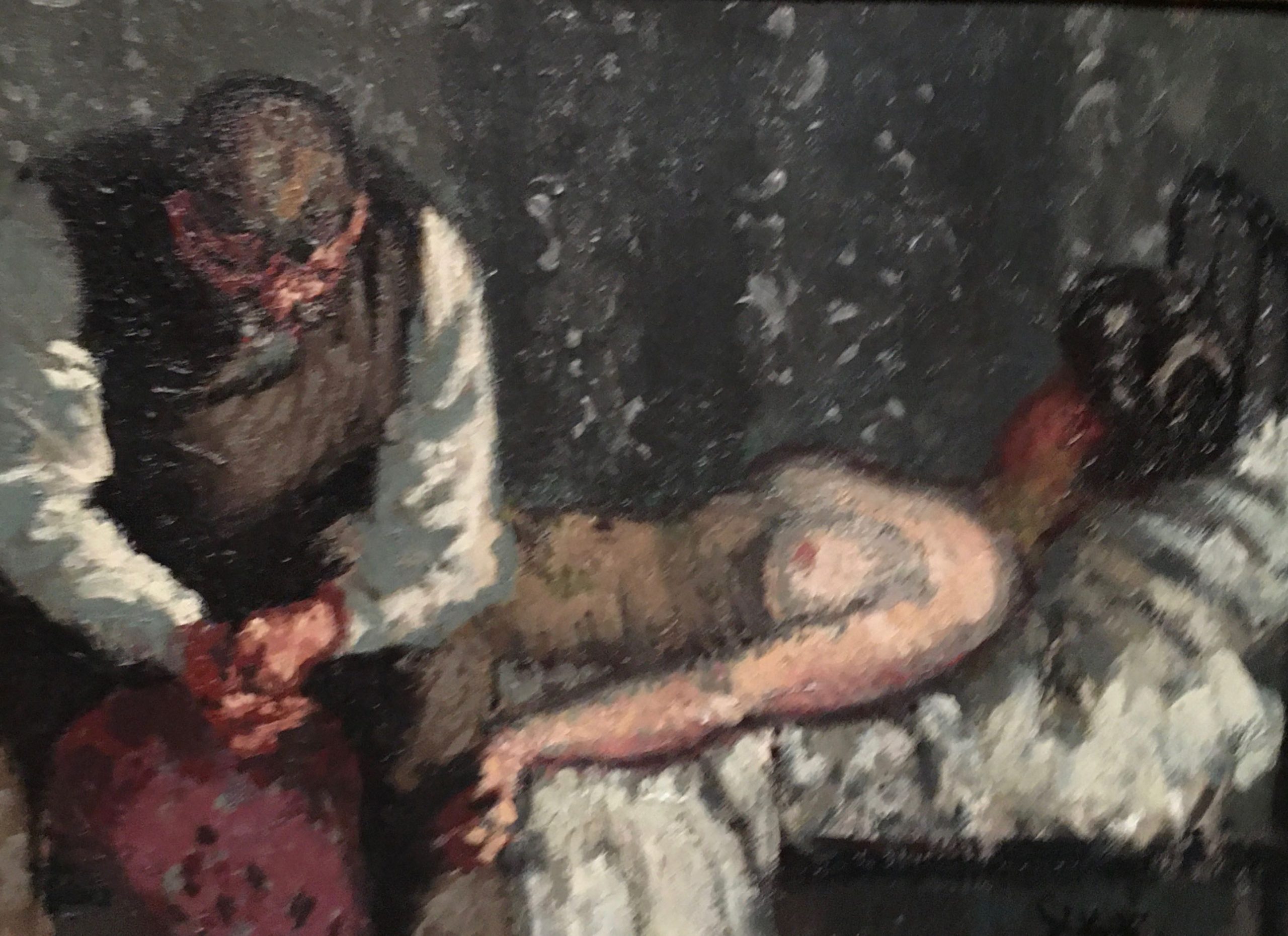 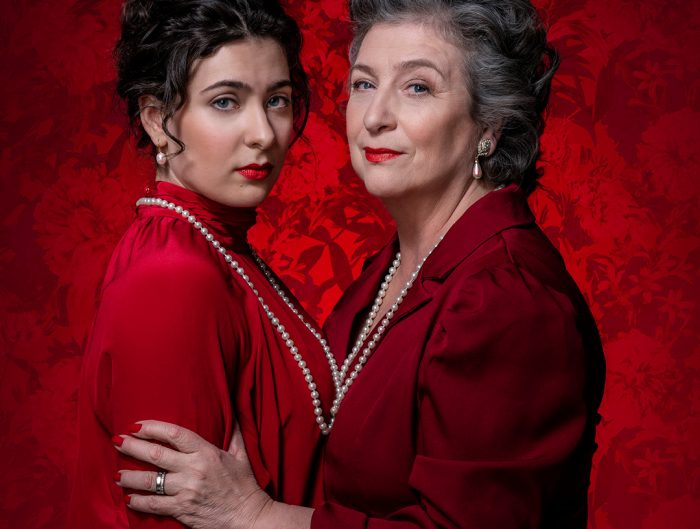