MAD WOMEN IN MY ATTIC 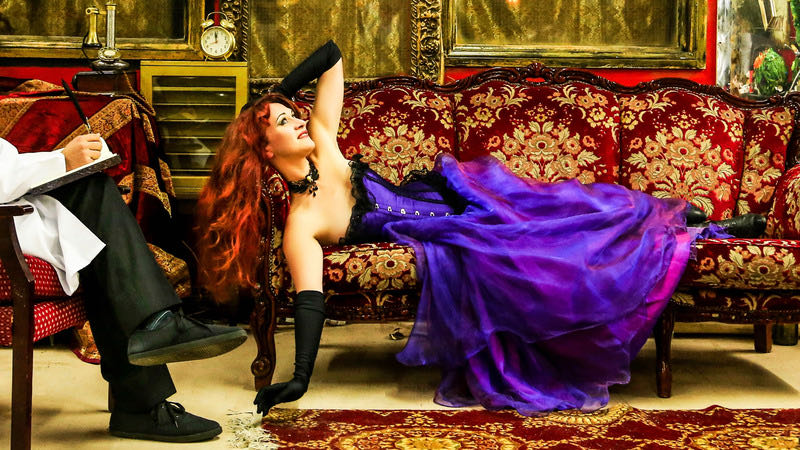 My friend John O’Brien was invited to review “Mad Women In My Attic” on behalf of my blog.  Below is his review:-

The Zedel Brasserie,  just off Piccadilly Circus is a really fun place to visit. It has lots to offer. The decor is uplifting. The walls function as a free exhibition of posters from the belle epoch era in Paris from 1880 to 1920. So you can enter for free and enjoy this visual feast. On the ground level is  a cafe where you can have a coffee. Downstairs you will find the Brasserie, the American bar and the jewel in the crown “The Crazy Coqs” Cabaret Club. This intimate Art Deco space is how we all imagine a cabaret club should look. Tables gathered in front of a small stage with a bar from which waiters deliver drinks to your table. Its perfect. Every night there are two shows. Both about an hour, with one at 7pm the other at 9pm.

Last night I caught the earlier show. It was very, very good. Time well spent. I hadn’t heard of Monica Salvi before last night, but I had a hunch she would be worth a look. I was right. She is alluring, intriguing and very funny.

The show is themed around the idea of madness. With her fellow creatives, Monica Salvi has put together a show that creates a complete world. The show is subtitled:  “A Cabaret of Musical Lunacy”. The venue has been transformed into an imaginary asylum and we, the audience, are the inmates. Monica is the patient, Michael Ferreri is the resident psychothera-pianist (he wears a white coat), Anna Reginato multi tasks as both the silent nurse and stage manager and Clare McKenna is the asylum (spelt asylym) director. Monica takes us on an autobiographical tour of her life through a series of extraordinary performances which seamlessly combine song, dance, acting, audience interaction, miraculous costume changes , mime and what can only be described as burlesque happenings. The effect is both mesmerising and compelling.

“Mad Women in my Attic!” is clearly a reference to Charlotte Brontes novel “Jane Eyre” which features a “mad woman in the attic”. One of Monica’s songs “Sirens” by Paul Gordon  is from “Jane Eyre The Musical”. The title also refers to Monica’s multiple personalities that reside in her attic that is her mind. In the course of one mind blowing hour she presents us with twenty such women. They are taken from novels, plays and musicals that feature “mad” women. 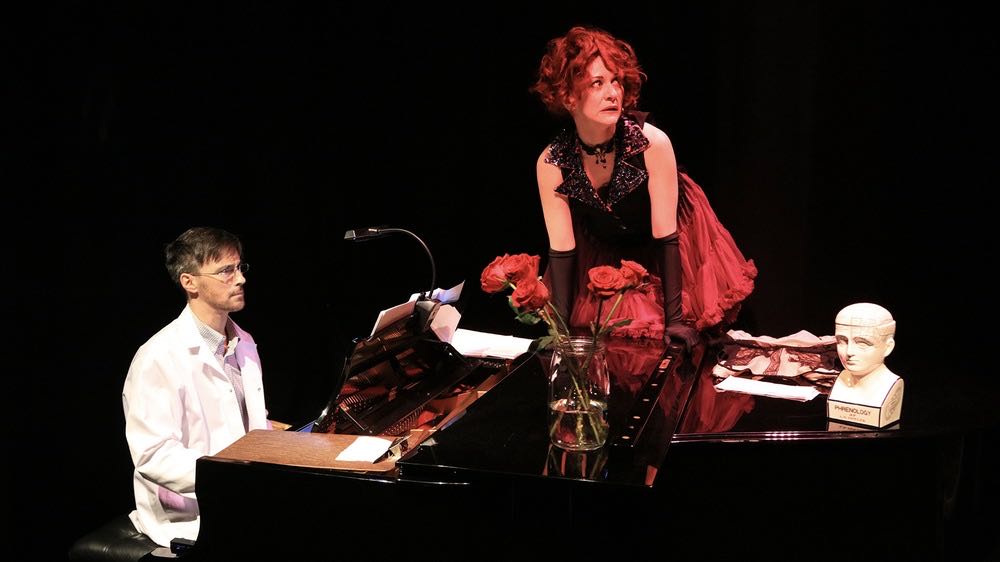 The range of material is inspired and features work by some of the greatest names in the performing arts. The chosen songs are her playlist of  “Musical Pills for Psychological Ill’s”.  In a wonderful parody of Julie Andrew’s in “The Sound Of Music,” Monica throws sweets into the audience from a sweet tin disguised as a neuroscience skull and sings “these are a few of my favourite pills”.  I won’t list all twenty songs but my favourites are: ‘Masochism Tango “ by Tom Lehrer and “Mlle Syphilis” by Nadav Wiesel from Femme Fatale. Two of her numbers are from the aptly entitled asylum album “Life is just a bed of neurosis”.

Monica doesn’t just perform these numbers, she embodies them, as she takes you into her world with irresistible magnetism. Her stage presence is astonishing. She trained at the Royal Academy of Music and it shows. Her voice is superb. Her acting is accomplished and her self assurance total. Put together this makes her a formidable entertainer.

I hope I have wetted your appetite and that you will want to see the show. Monica has a clear vision of musical group therapy and this was joyfully demonstrated in the finale as we all sang along to the rousing “Get Well March” by Katie Lee from the aforesaid asylum album “Life is just a bed of neurosis “ :

March, March, March right along
Until your psyche’s strong,
The fruits of Freud are to be enjoyed
All men’s guilt must be destroyed,
On your Mark , get set , get well, Rebel !
Get Well.

She’s only doing one more show on the 11th October so hurry – tickets are selling fast!