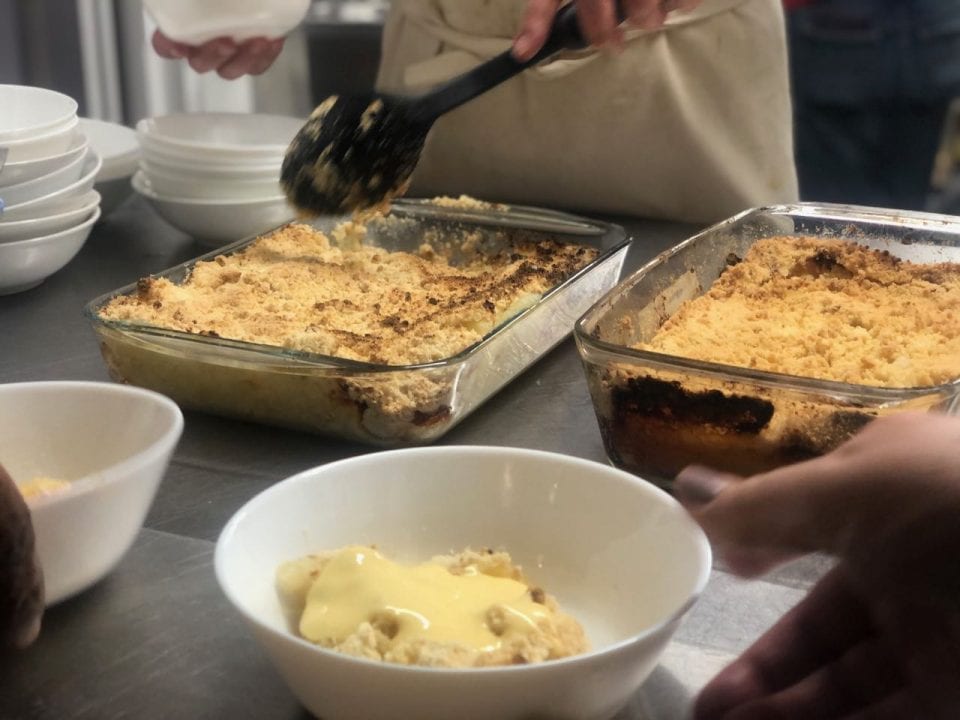 Glass Door is a homeless charity that is making a big practical and emotional difference to the thousands of street sleepers in London. They partner with churches to give shelter and support to homeless people in London. In our area, seven churches are involved which means that every night there is an opportunity to sit as a guest at a table, to eat a three course hot meal, cooked by volunteers and to have a warm safe space in which to sleep overnight. They are also given breakfast, but then have to leave until the evening. Where do they go?

It is truly appalling that anyone should have to sleep rough on the streets of London, let alone during the winter months, but sadly there were nearly 9,000 people recorded as sleeping rough at least once on London’s streets in 2018/2019 – 18% higher than the year before, so it’s getting increasingly worse.

I helped out at one last week as a server and it was apparent, as the staff, volunteers and guests sat down to eat together, that the charity is providing not only sustenance, warmth and safety but also a renewed sense of dignity, confidence and trust for those men and women who have for various reasons unfortunately found themselves in dire straits. They are providing a truly great service, that frankly shouldn’t have to exist in the UK, but for now, thank goodness it does. People of all faiths, or none are welcome, it’s not a religious thing, it’s just that the churches have the space and the facilities and have stepped up. I was extremely impressed and the guests were extremely grateful.

Economic circumstances or the lack of affordable housing as a reason for homelessness is shameful. The average age of death for a homeless woman in London is 43 and for a homeless man it’s 47. That’s around THIRTY years earlier than our national average.

This was the meal our team cooked, with a generous donation of bread from a local bakery and delicious apple crumble for dessert:- 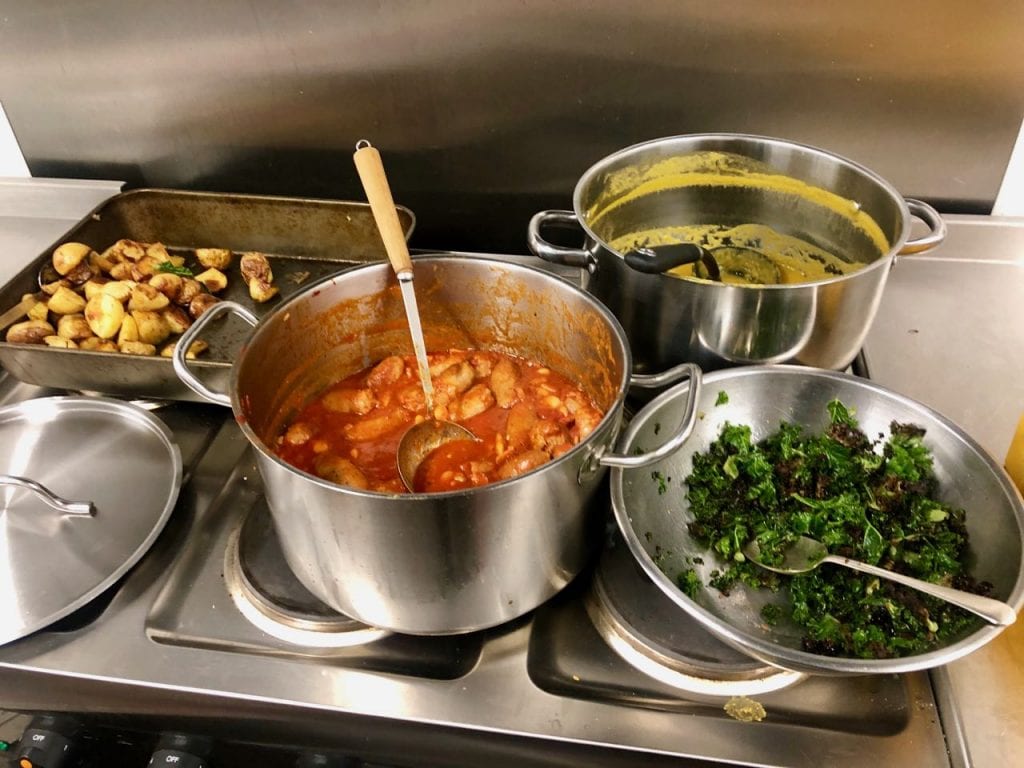 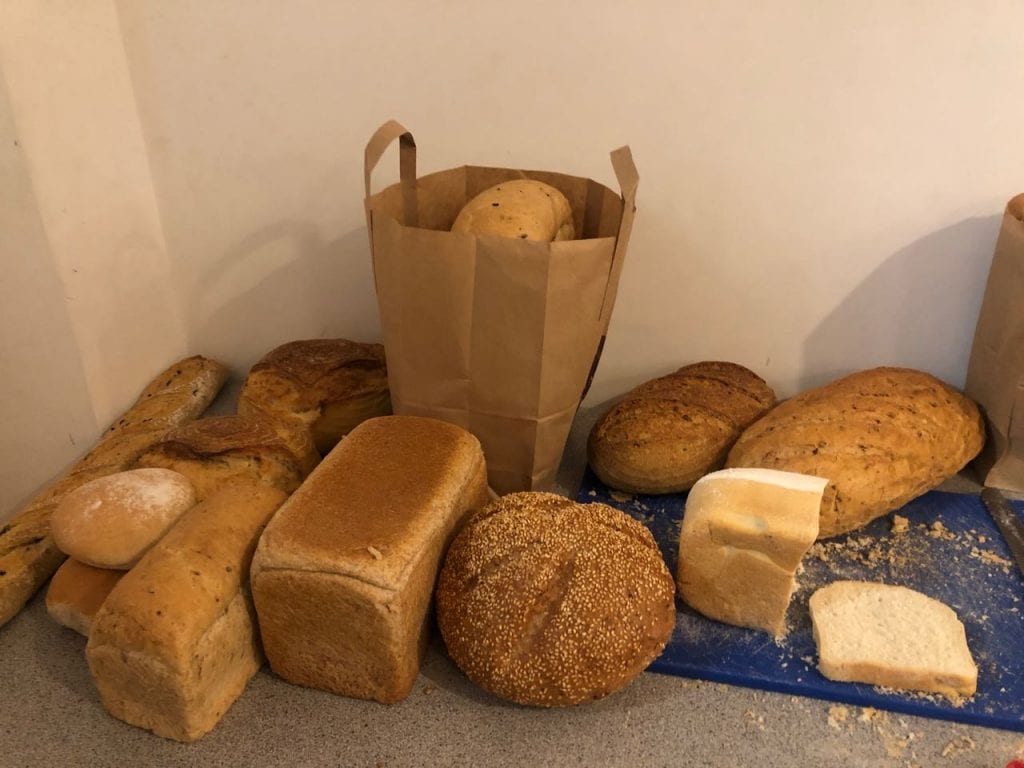 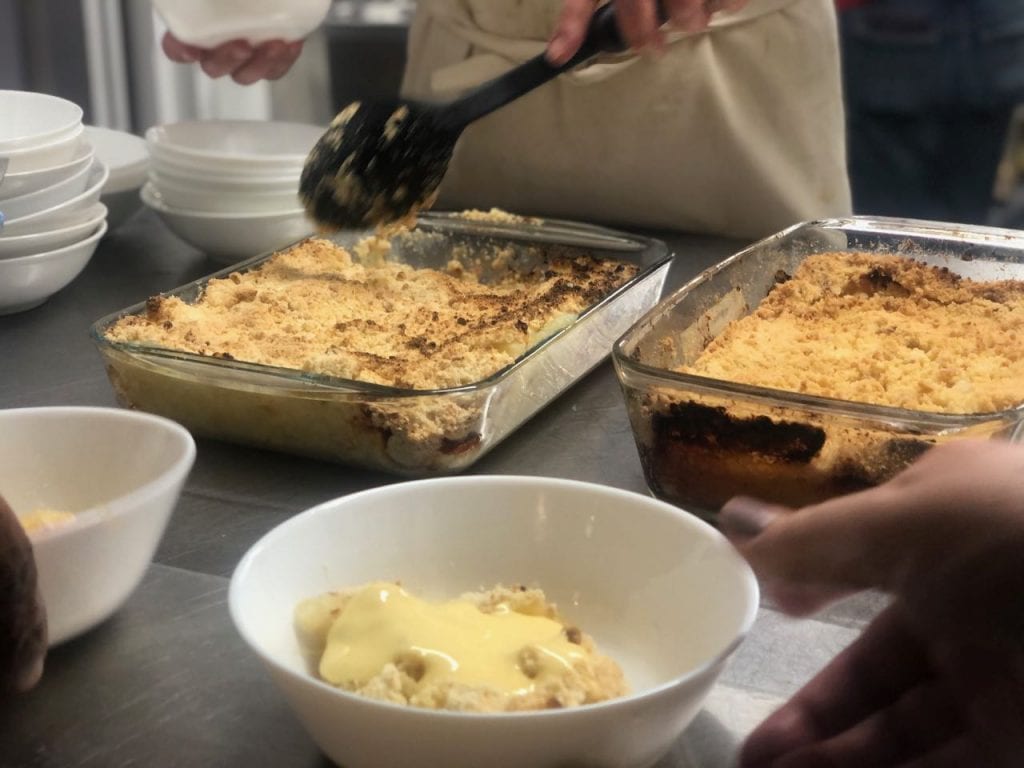