Sasha Regan’s All Male Iolanthe is absolutely delightful. I can’t think of a better way to spend a couple of hours on a May evening. Having an all-male cast wonderfully doubles all the Victorian humour in Gilbert & Sullivan’s original comic opera. Sixteen male fairies on stage in ballet kit singing “Tripping Hither, Tripping Thither” as they pirouette, leap and bounce is quite simply one of the funniest dance routines ever put on the English stage. You have to see it to believe it. And the same could be said for many of the other Gilbert & Sullivan musical numbers that are given the highly innovative and imaginative rendering of Sasha Regan’s direction and Mark Smith’s Choreography.

Iolanthe dates from 1882. It was the first work to premier at the Savoy theatre and the first production in the world to be illuminated entirely by electric lights (including battery-operated lights in the fairies’ headdresses). Iolanthe is a topsy-turvy love story between the most unlikely of couples: fairies and members of the House of Lords. Much of the visual humour arises from the modern meaning of “fairy” to mean a gay man and the sight of sixteen men in ballet outfits singing “we are fairies, dancing around our fairy ring”.

But back to the plot.

“Once a fairy
Light and airy
Married with a mortal,
Men, however,
Never, never
Pass the fairy portal.
Slyly stealing
She to Ealing
Made a daily journey
There she found him
Clients round him
(He was an attorney).”

The attorney (Alastair Hill), and fairy Iolanthe (Christopher Finn) have a child together (Strephon, Richard Carson), half-mortal, half-fairy and when she visits her son on Earth is mistaken for his lover. Much fun is had with this. For how can a mother of seventeen have a son of five and twenty? That would make her minus eight when she gave birth screams the chorus. Great stuff. Because Strephon is a fairy down to the waist and a mortal from the waist down he can’t marry his sweetheart Phyllis (Joe Henry) because as the Fairy Queen (Richard Russell Edwards) explains reading from her book on Fairy Law “ fairies won’t go to heaven if they marry mortals.” However this being snobbish England a work around is discovered. Just change one word and all’s well urges the Lord Chancellor, by inserting the word “don’t” hey presto “fairies won’t go to heaven if they don’t marry mortals.” And with this deus ex machina all the fairies marry Lords, Strephon marries Phyllis and even the Fairy Queen marries the press-ups specialist Private Willis. (You will never be able to think of press-ups in quite the same way after watching the scene in which the Fairy Queen stands over Private Willis as he does twenty five press-ups. This is one of numerous instances of the sheer genius inventiveness and wit of Regan and Smith).

There are twenty five musical numbers to savour in about two hours. The titles alone will give some indication of the whimsical humour. Add to this the spectacle of sixteen men dressed as fairies and you get comedy on steroids. Here I only have space to give a taste of what to expect. “Tripping Hither, Tripping Thither”, “Spurn Not the Nobly Born”, “When I went to the Bar”, “If You Go in You’re Sure to Win”, and “Soon As We May, Off and Away”.

You may be put off Gilbert and Sullivan by notions that it’s a bit old hat Victorian stuff and nonsense. However, as presented by Sasha Regan’s All Male company its brought gloriously to life. It lives, it shines, it puts a smile on your face and a tune in your head. It’s thoroughly enjoyable. If you’ve never seen a Gilbert and Sullivan comic opera then you’re in luck because this is the perfect introduction. 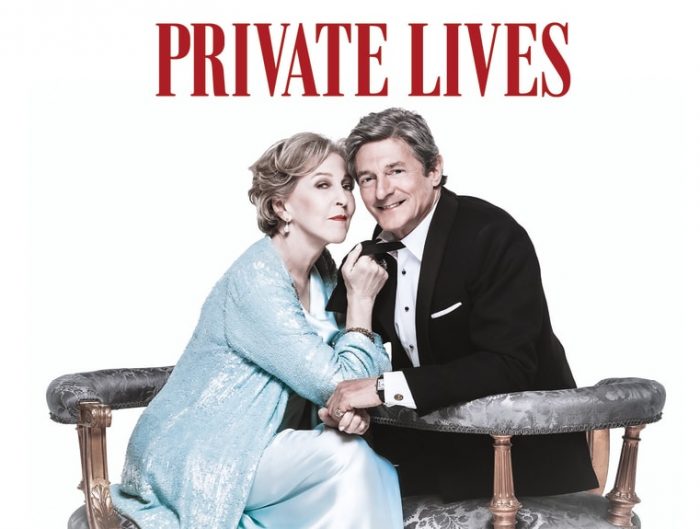 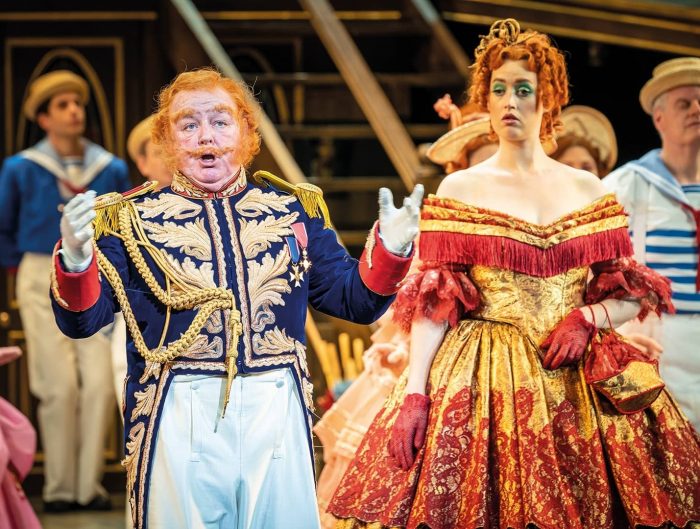