MY PROUDEST PARENT MOMENT (SO FAR) 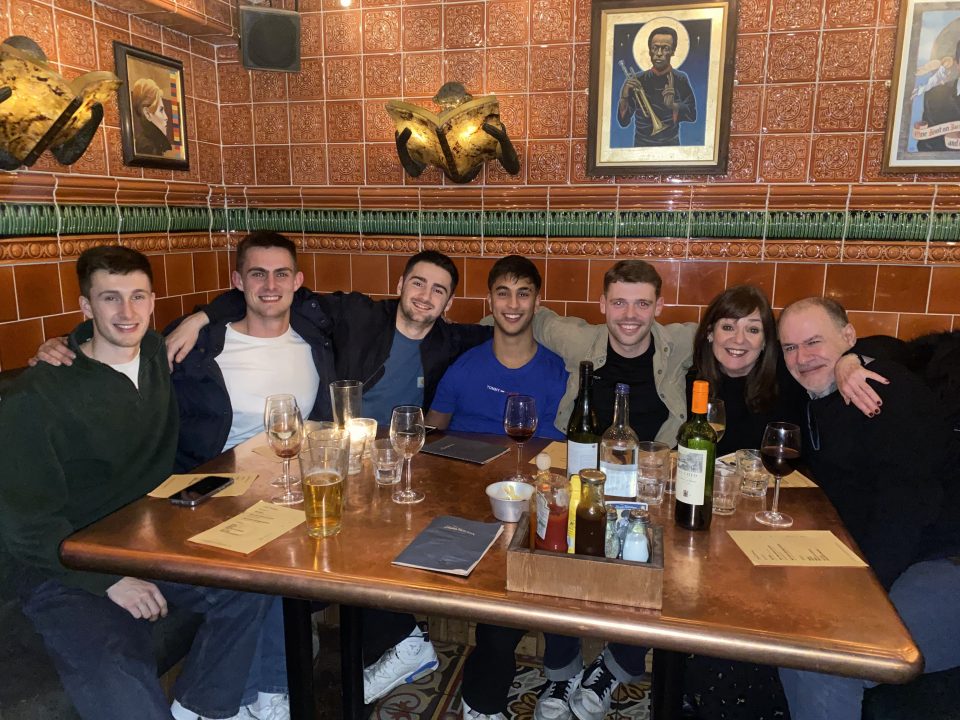 There have been many proudest parent moments in my life since having children.  Their first smile, first time they stood up and walked, learnt to ride bicycles, watching them interact with other people, exam results (not all of them) and so on….frankly the list is endless.

However, not commenting on the state of my youngest son’s student house when I went to visit him last week was right up there with the best of them.  He’s been living in a house with four mates since October and I hadn’t seen it, so was keen to make sure I’d been to see him before too long.

He did warn me that the house was a bit untidy, but also added that they’d all had a bit of a tidy up earlier that day. I managed to arrive, be shown around the house AND sit in the sitting room having a cup of tea, without making even one comment about the surroundings, despite not only being a little bit stuck to the floor and the sofa, but feeling the need to wipe my feet on the way out, rather than on the way in.  Trust me, it wasn’t easy to not say a word or to pick up a pair of rubber gloves and start giving everything a jolly good scrub.  But that’s not my job and it’s his life and he and all his mates seemed very happy with the way they were living.

If this is a tidy up, imagine what it looked like before:- 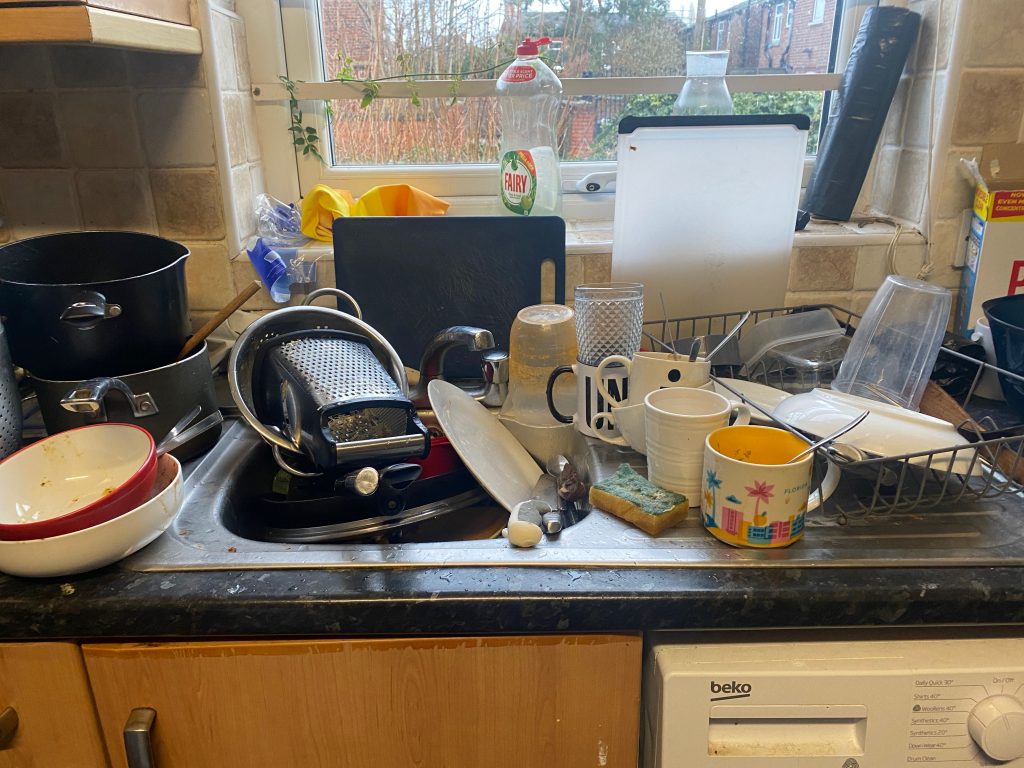 He lives very close to this fabulous mural of Marcus Rashford that made the news after the football final….but was rapidly cleaned up and is now (almost) back to normal:- 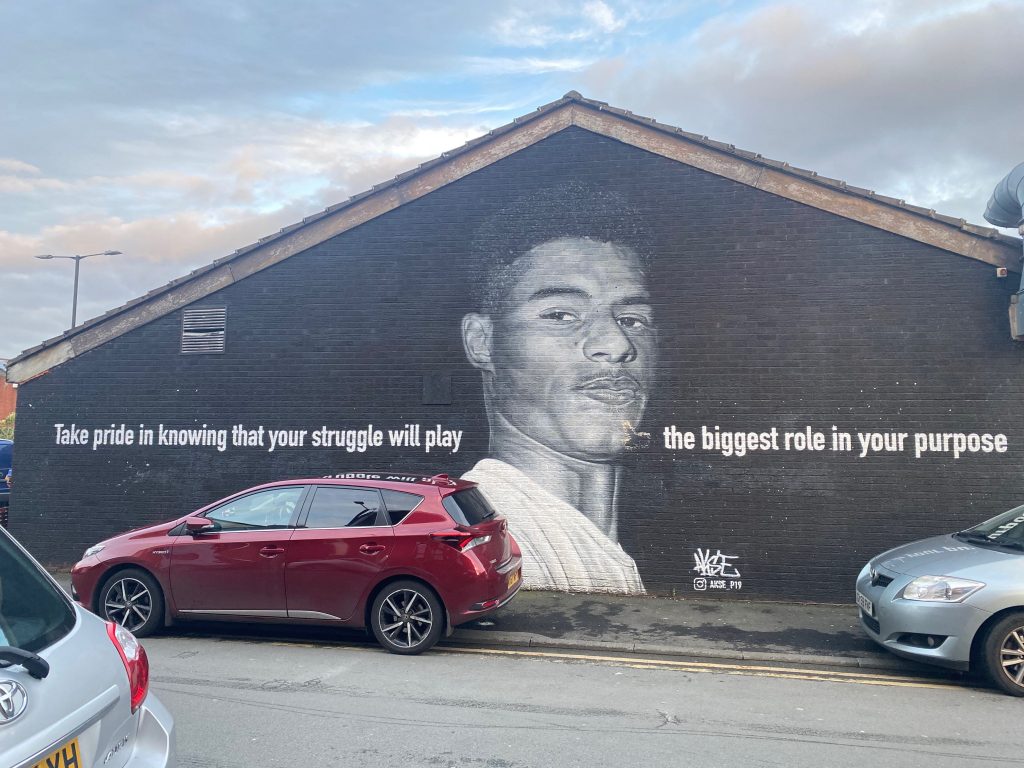 The one good thing was that I’d sensibly decided to stay in a local hotel, rather than stay with him, so after a tour of his house we set off for the hotel and met him and his housemates later for drinks and a meal in the centre of Manchester.  I’ve never really had a chance to look around Manchester, so wanted to stay overnight so that I could look around the next day.  I’d been recommended  The Blues Kitchen and it was a great choice for supper.  A very buzzy atmosphere, with live music and £5 cocktails on a Wednesday evening which we used to our advantage.  The food – a wings and burgers kind of vibe went down extremely well with the five hungry boys! 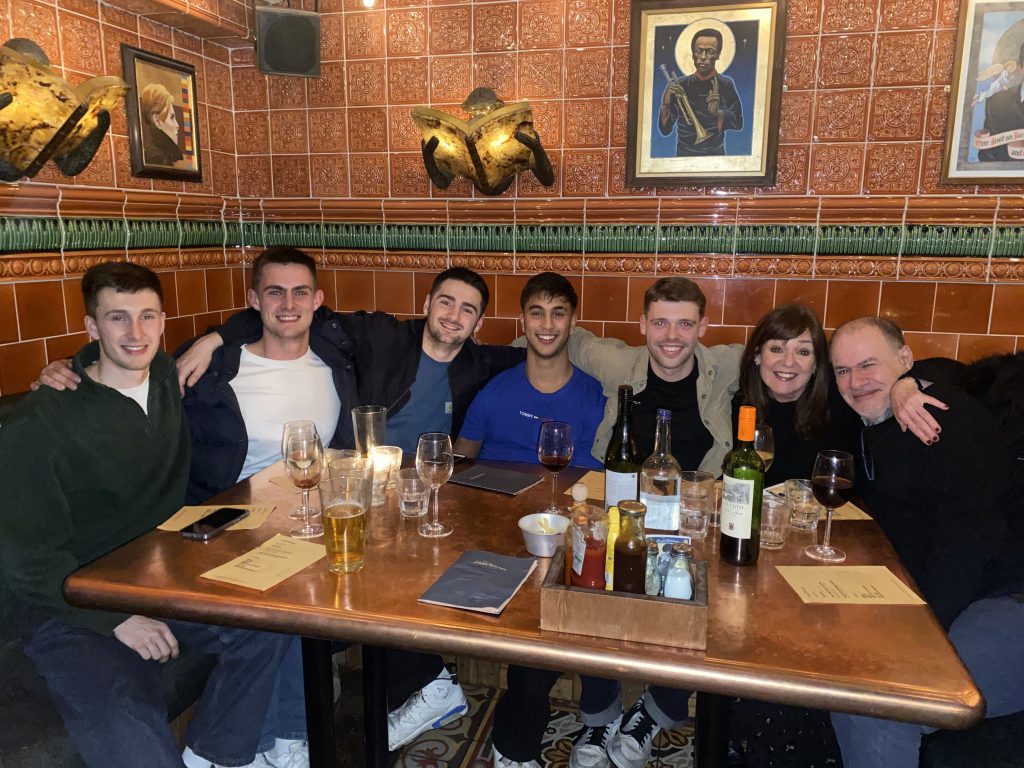 well done for the restraint! Wonderful glimpses of your visit. As long as they are all happy, that’s all that matters x