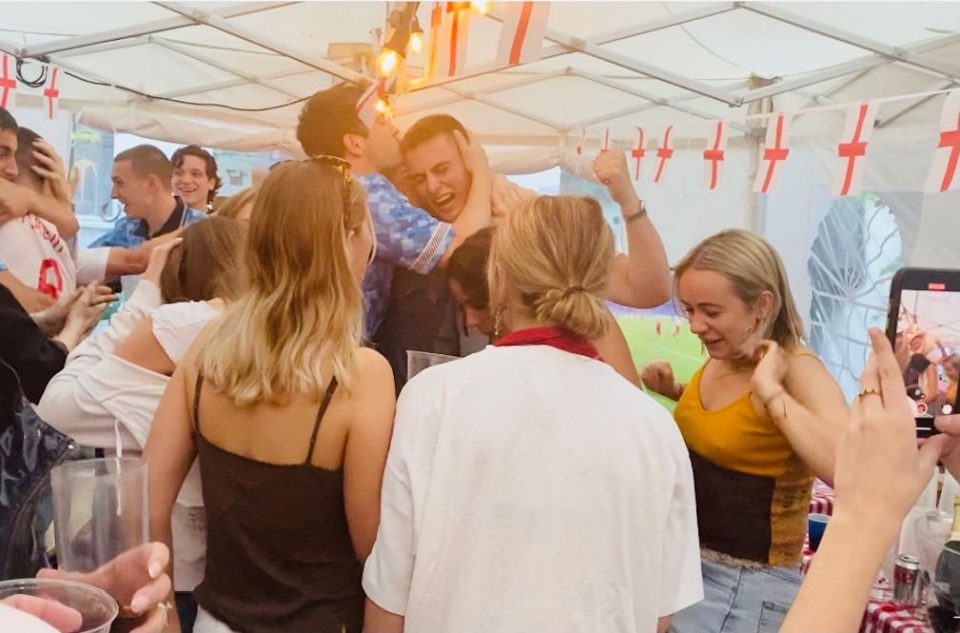 My baby boy is TWENTY ONE!!! OMG how did that happen?

His birthday is on the 7th July and this year it happened to coincide with the Euro semi final between England and Denmark. Little did we know it would be the highlight of England’s performance before the ugly side of football emerged after the final, with horrendous levels of racial abuse that was disgusting. I’ve often thought penalties should be banned from football. They take it down to an individual responsibility when it’s a team game. The pressure is too much. Perhaps it should be sudden death – even if it ends up being like a tennis match and taking forever. Those poor young boys who felt they’d failed the nation. All that pressure on their shoulders. Not acceptable.

ANYWAY, I digress. My son’s 21st was perfect for him. I created a pub in our back garden, complete with pool table and dart board, borrowed a TV, threw in some burgers and beer and he could not have been happier. Even my neighbours didn’t mind the noise and the cheering emanating from our garden. I’d also arranged for the ice cream van to come and visit us. This was followed up in the early hours by a silent disco – which of course is not so silent when everyone is singing Sweet Caroline very loudly and very badly.

What made him even happier was that my invitation to his father and his stepmother was accepted and so he had both his parents together for his big day. We both made speeches too! The one big sadness was that his older brother couldn’t come because he’d tested positive for Covid just a few days earlier and was isolating.

Anyway, here’s a little photo memory of the day:-

We went to Rick Stein’s for lunch:- 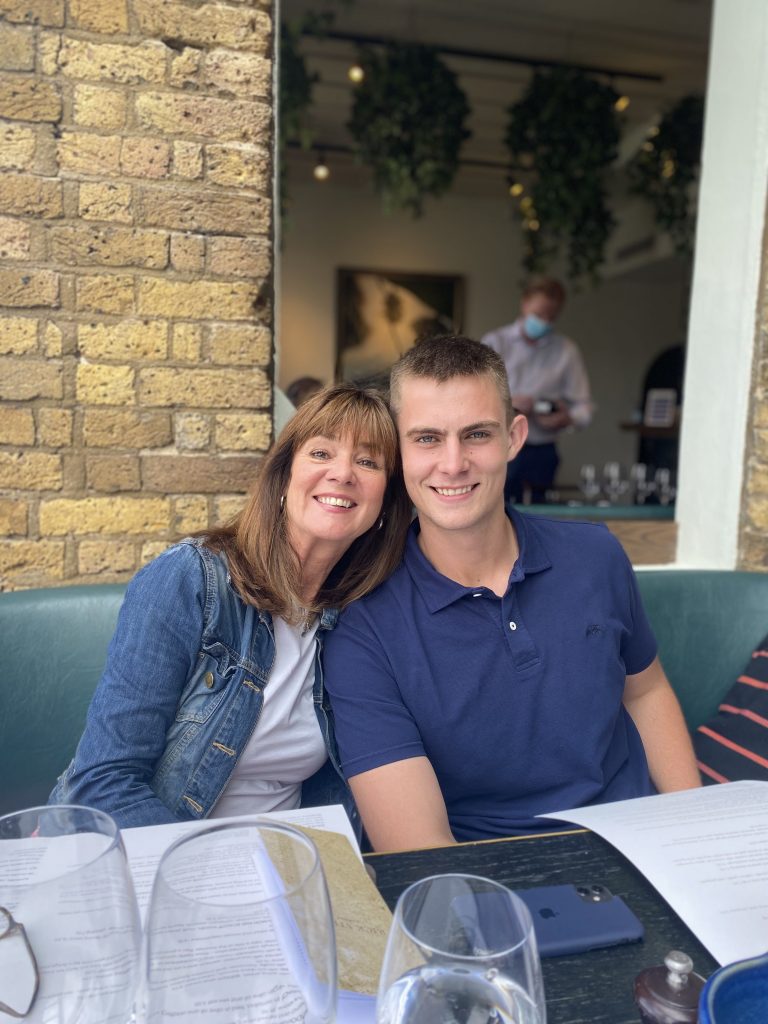 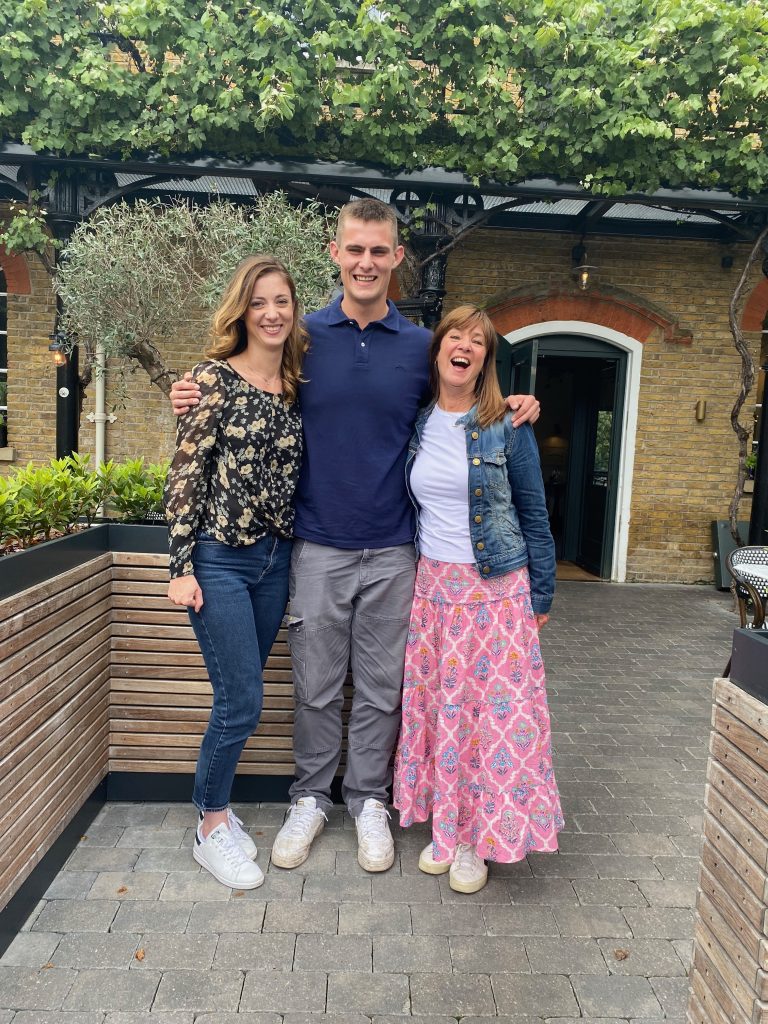 His sister made him a fabulous England birthday cake:- 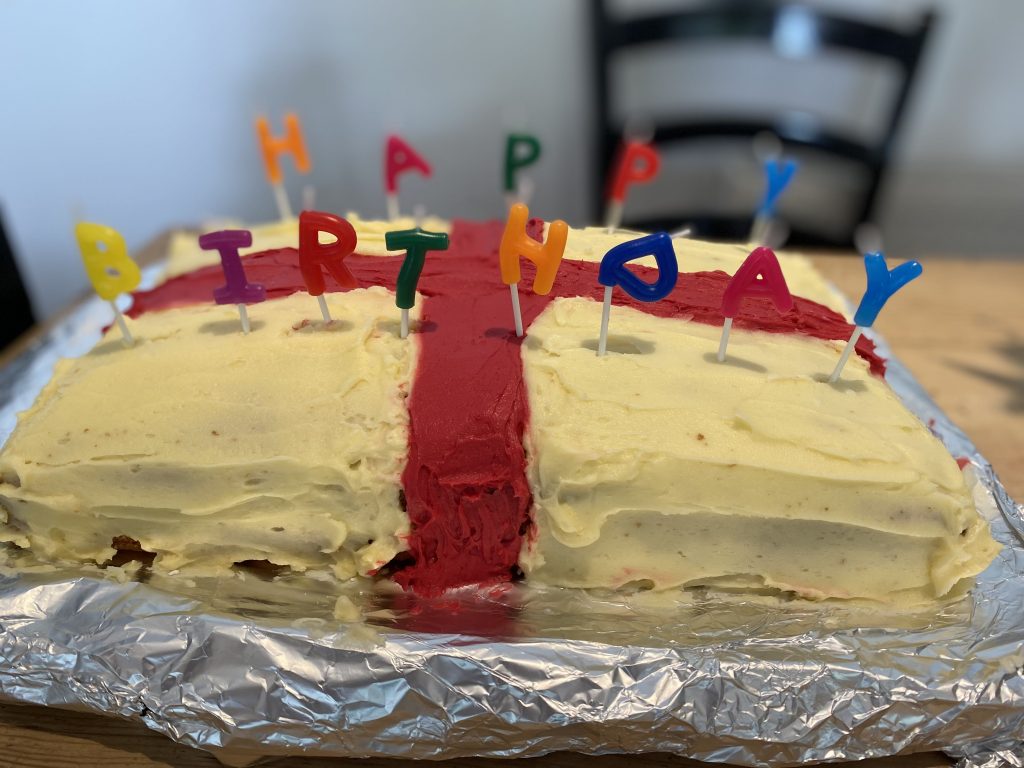 Stef, a local legend who happens to be Italian – so he would have been happy with the football result!:- 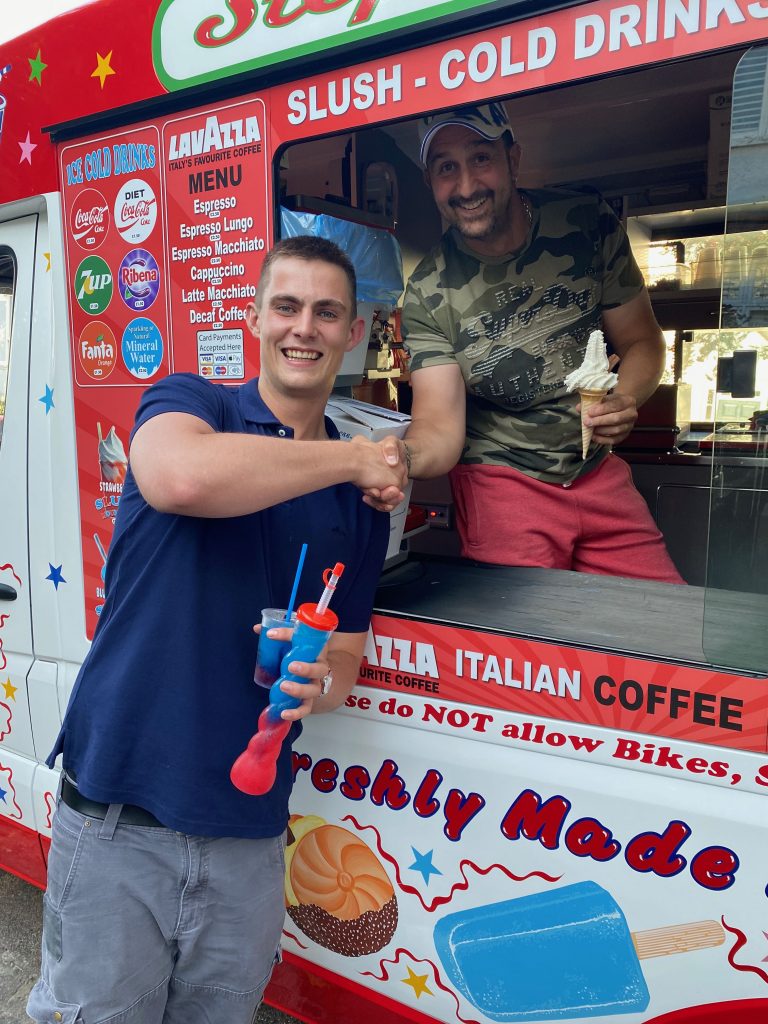 Me, my daughter and my oldest friend, who is my son’s godmother:- 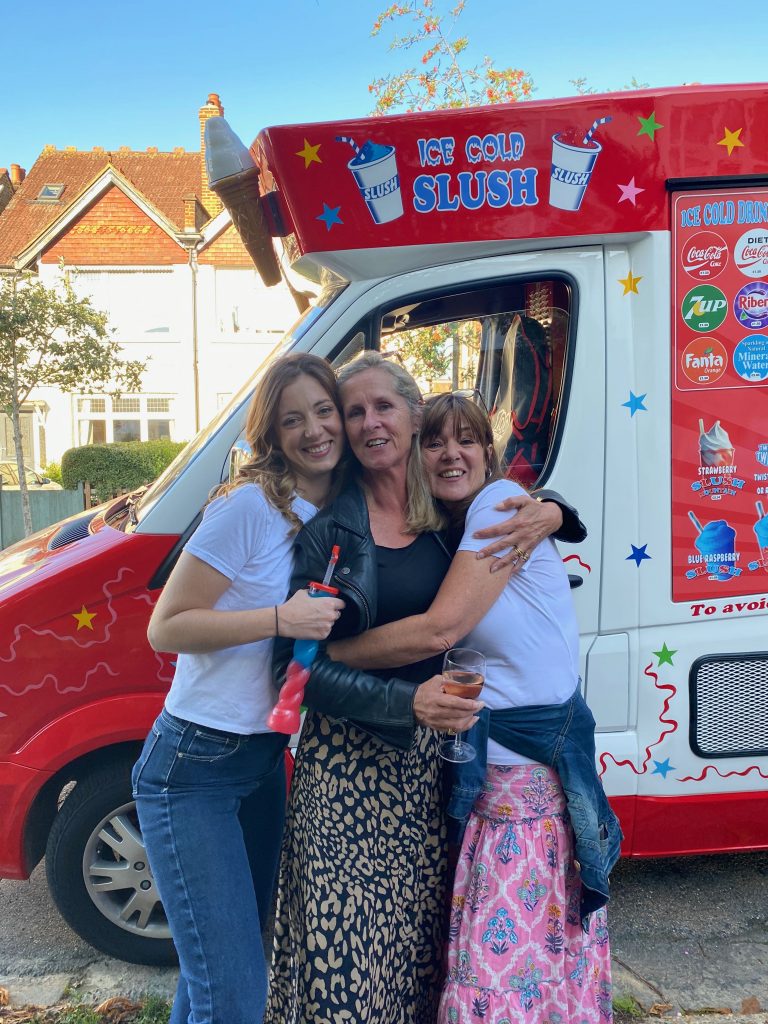 Think these choices were so that vodka could be easily added:- 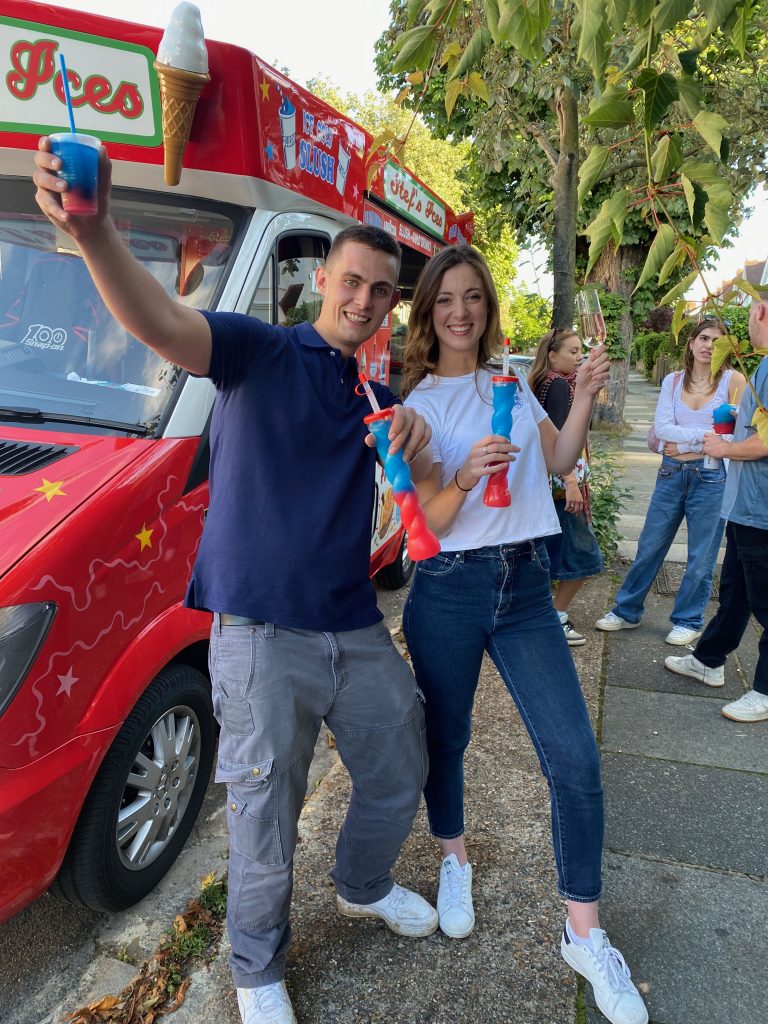 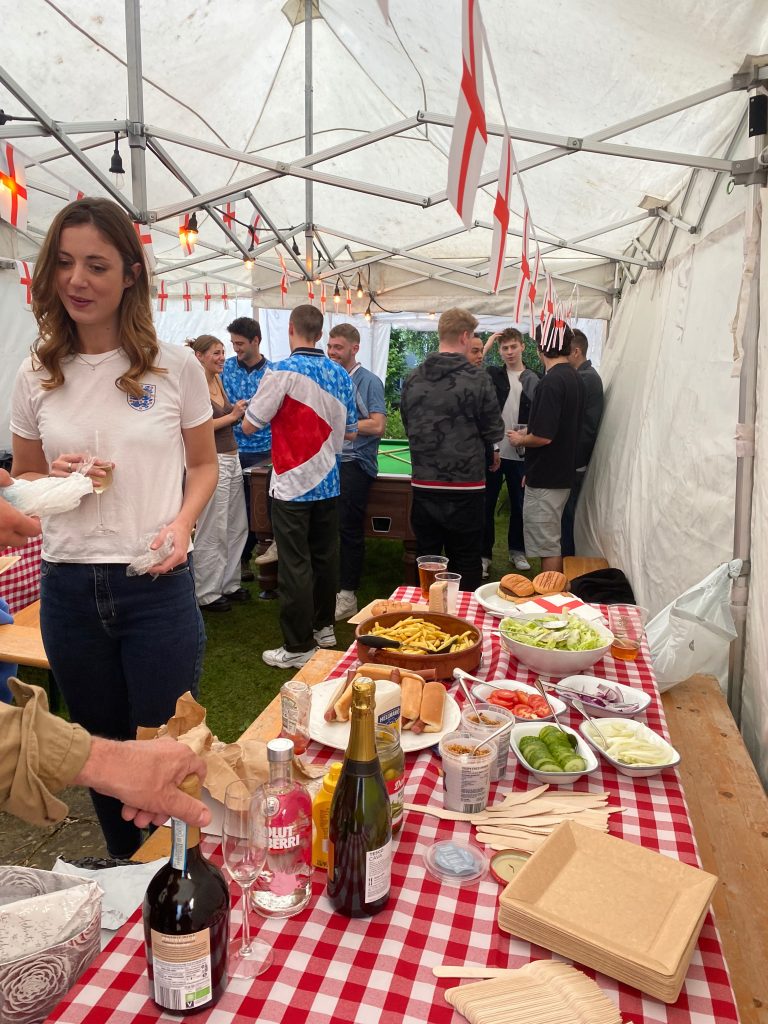 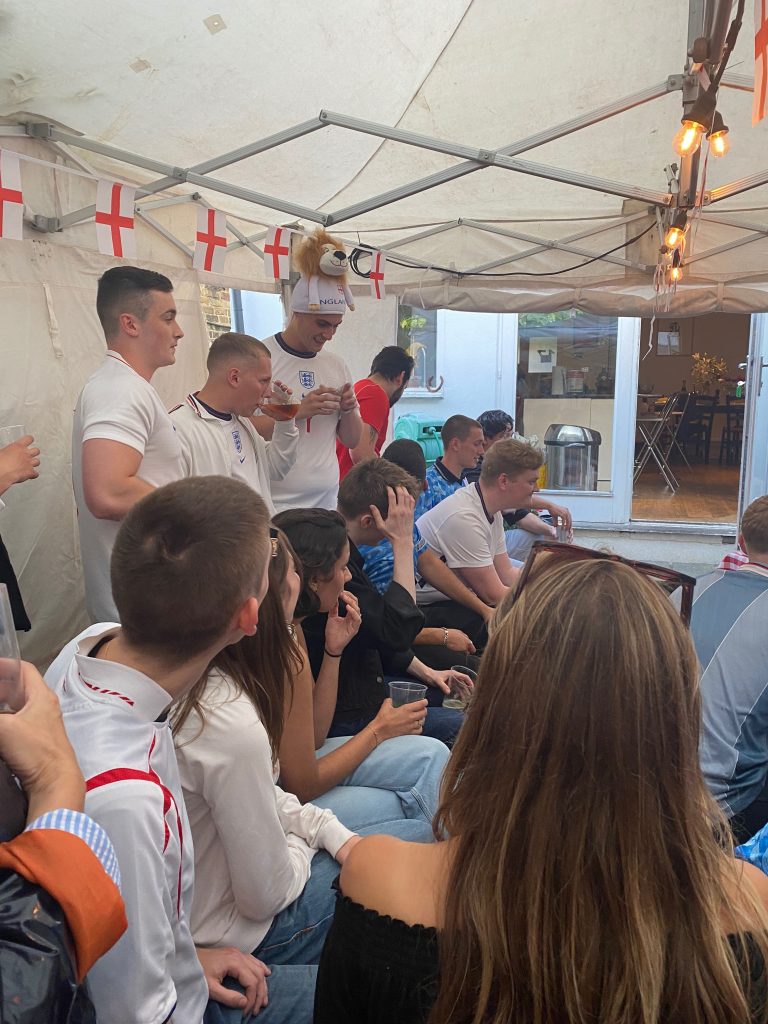 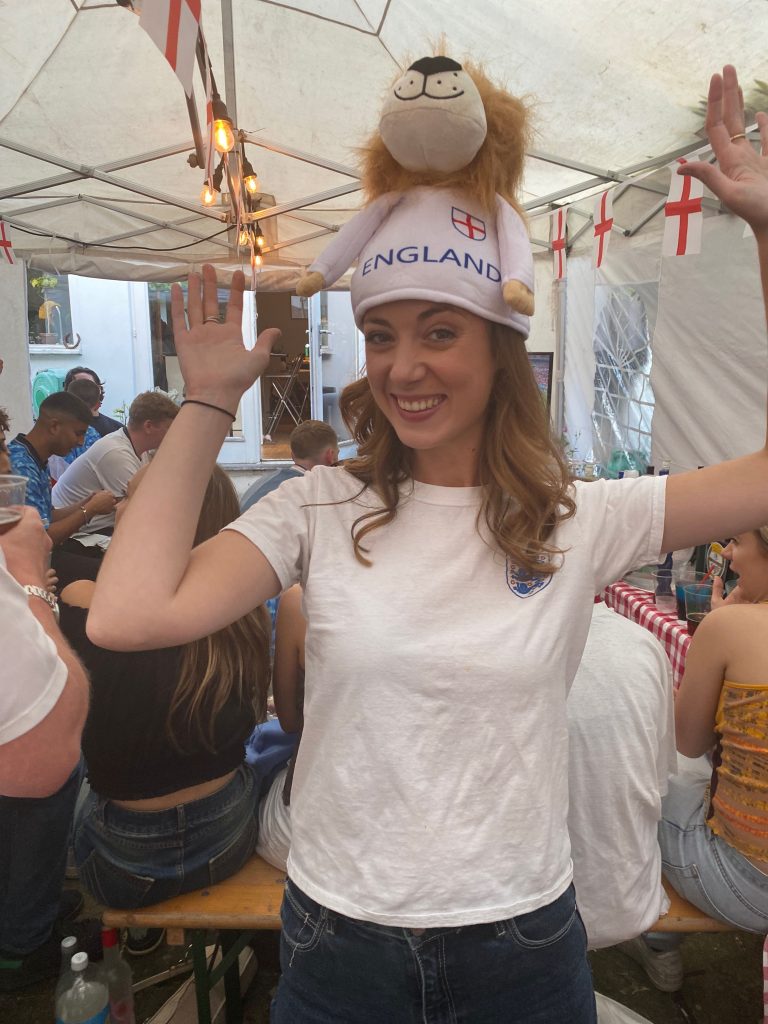 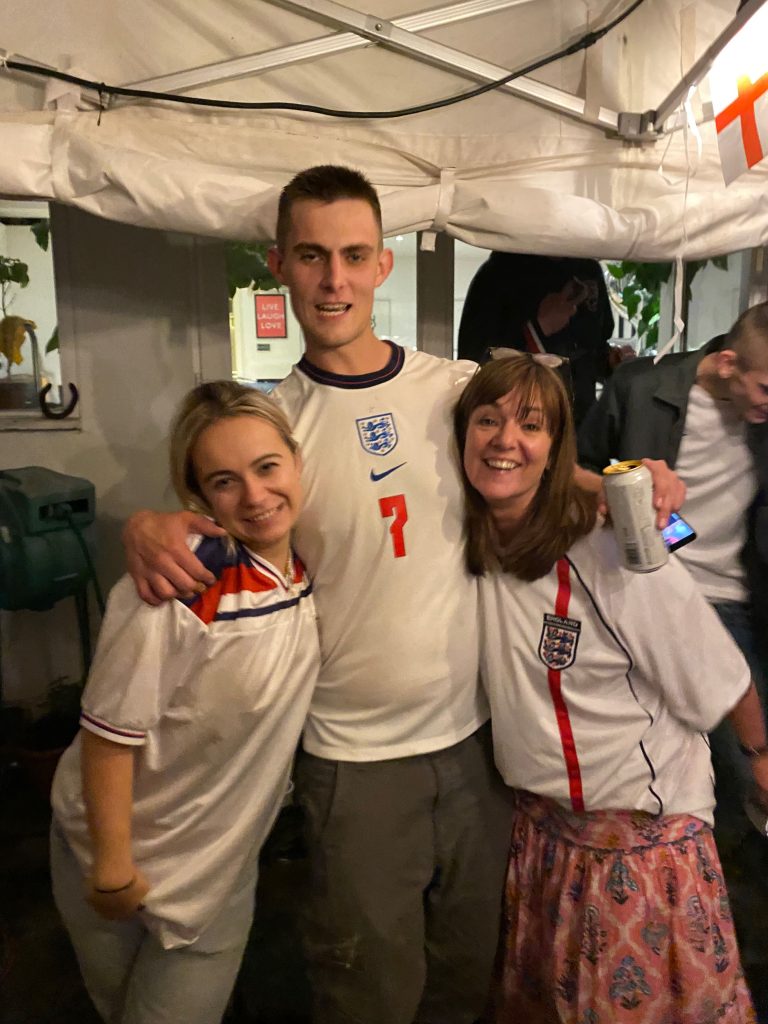 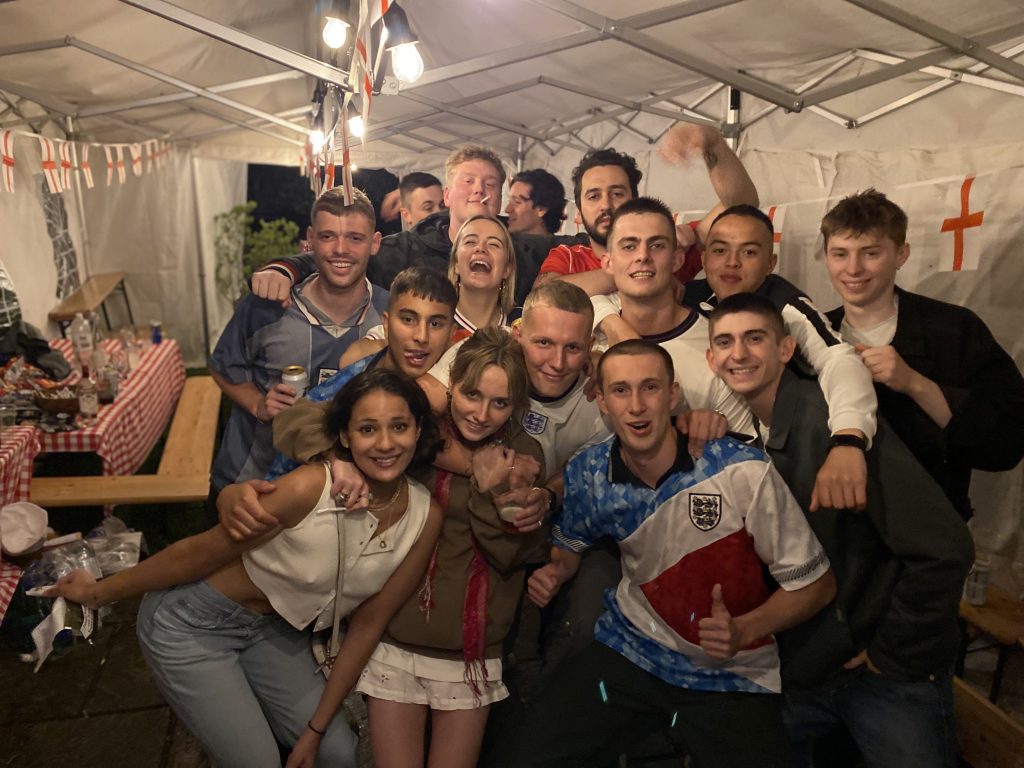 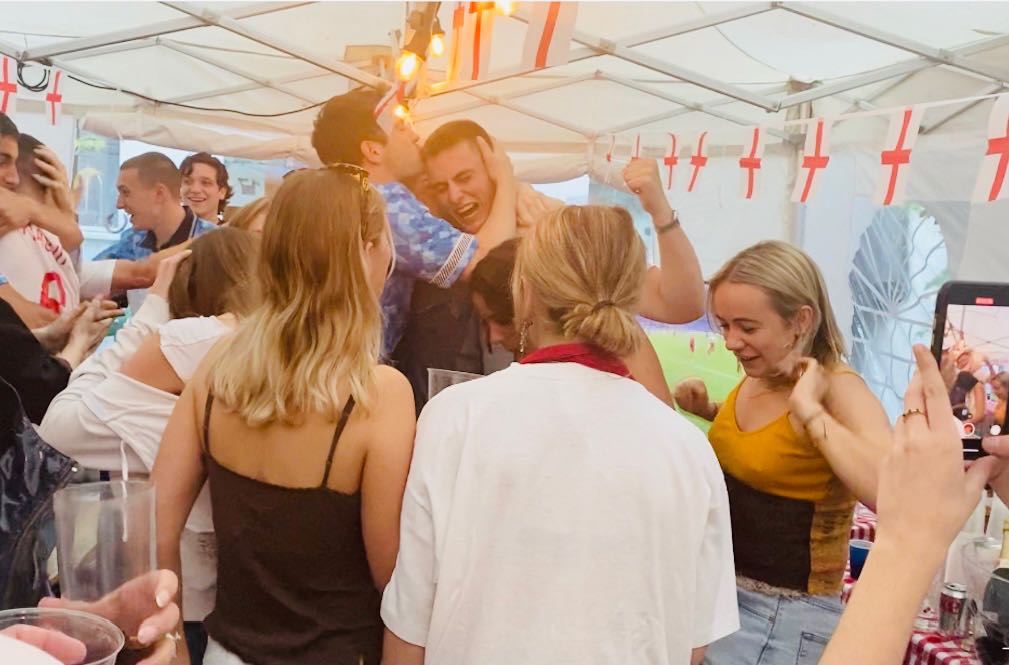 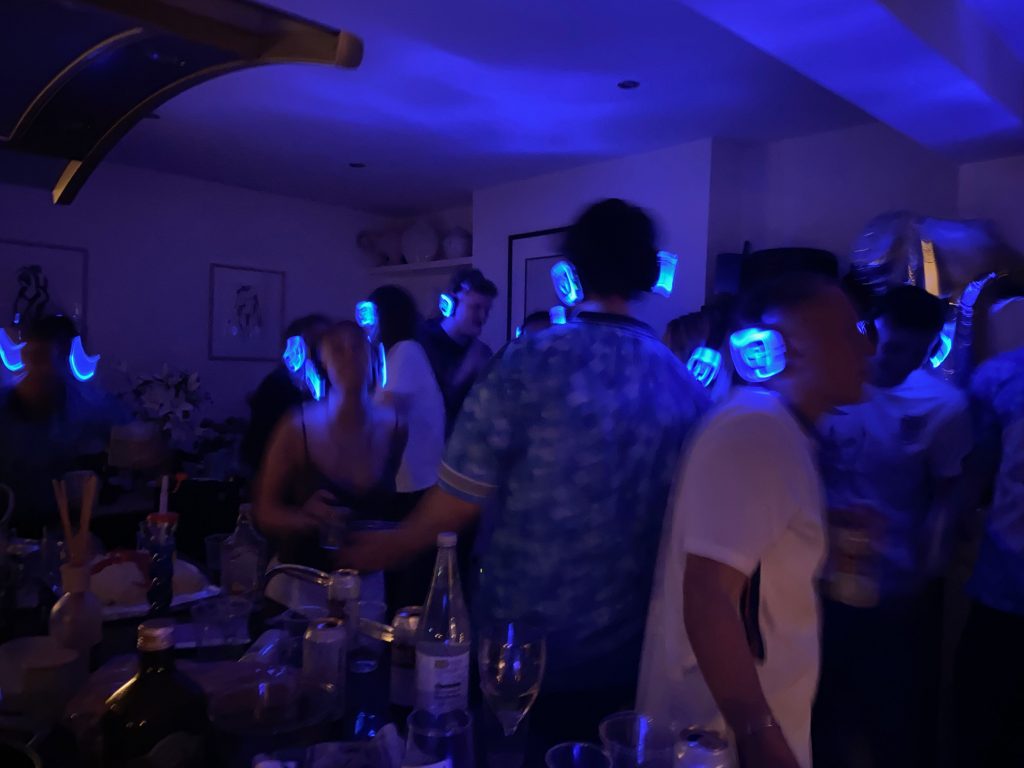 The next day…carnage in my garden and I had to clean it all up on my own because my son had left the house at 7am, gone to a friend’s house, gone to the pub, gone out for a chinese meal and then into central London to go to the casino – a 48 hour bender on his 21st! 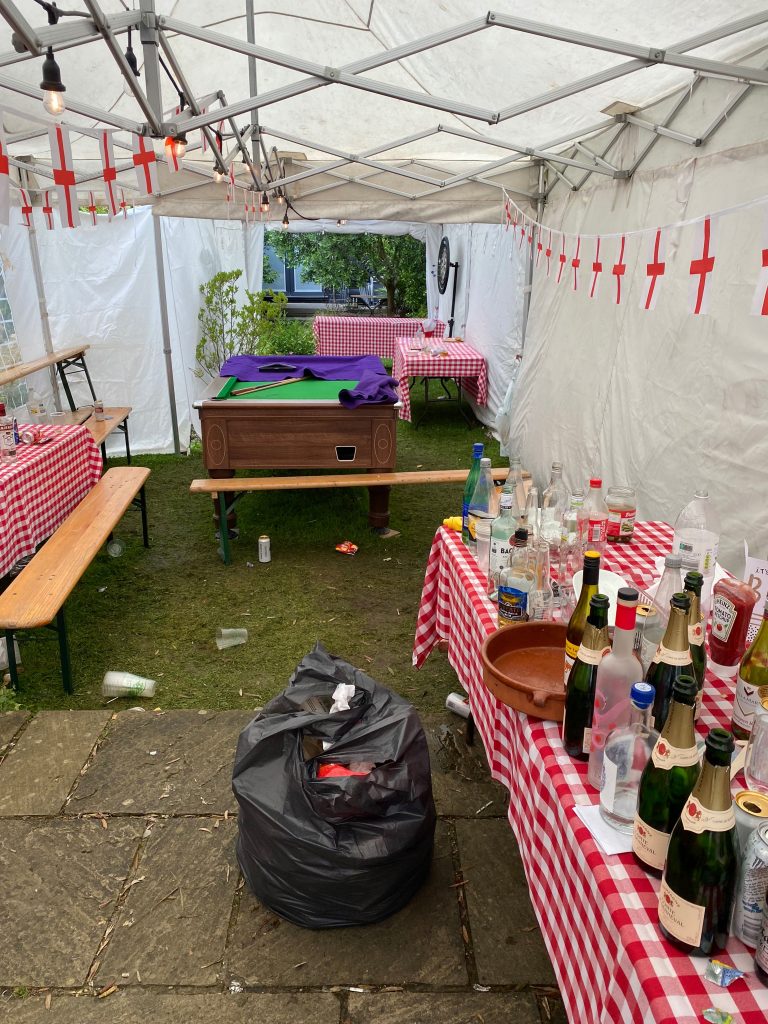 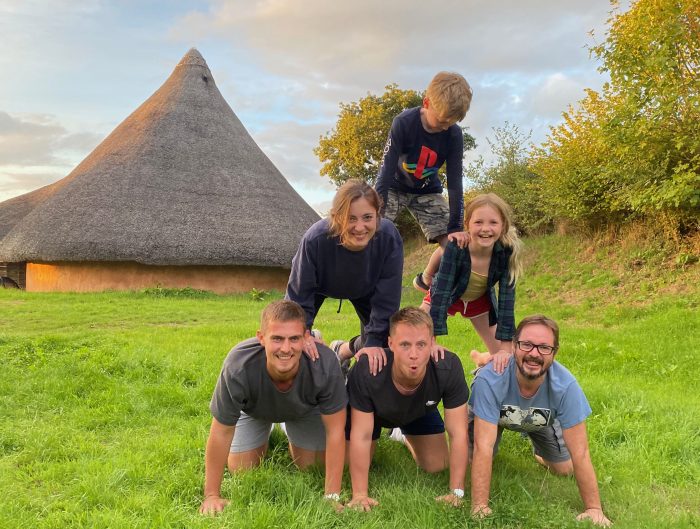 I know!! Time is flying by. Terrifying really. Lx