A survey from the Alcohol Health Alliance that came out yesterday claims that six in ten people think that letting children drink alcohol at home will help them to grow up to be responsible drinkers and that parents are “unaware of teenage drink risks” despite the new official guidelines. Sir Ian Gilmore, chairman of the alliance said it was “disappointing that so few people knew the advice”.

Well, apologies for the correction, but WE PARENTS DO KNOW THE ADVICE. WE JUST ALSO HAVE TO LIVE WITH TEENAGERS AND HAVE TO BALANCE OUT A WHOLE LOAD OF REALLY BAD SHIT.

I refuse to allow parents to be thought of as being “unaware of teenage drinks risk”. OF COURSE WE ARE AWARE. Painfully aware in fact. Agonisingly, terrifyingly aware. We are just desperately looking at a balanced approach which has to take a lot of other things into consideration.

We are simply looking at a battlefield of poisons and trying to weigh up how best to get our children through their teenage years without them dying and we are also trying to teach them to enjoy hanging out with us. 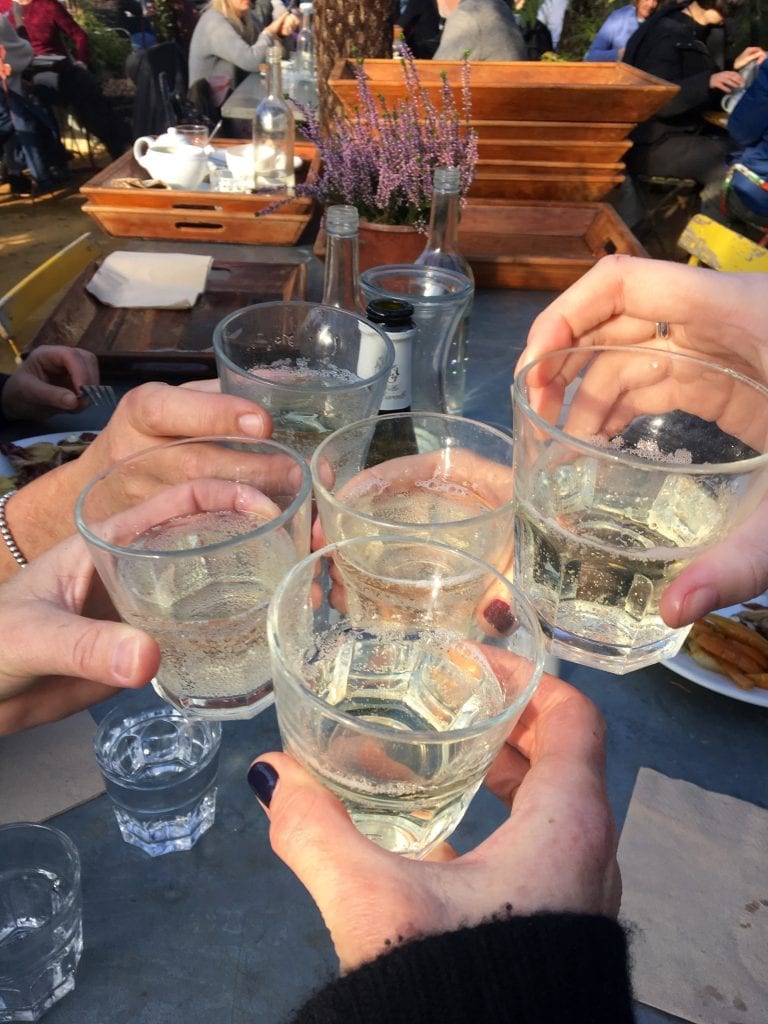 One of the best pieces of advice I was given as a new parent of teenagers was to attempt to keep them close whilst they experimented with their “gatherings”. “Let your house become the party house and then you will know where they are”. So I did, and trust me, it was the most painful thing ever – I have stepped into a pile of vomit whilst getting into my bed, I have picked up bodies from the floor and held their hair whilst they got rid of it. I have listened to drama after drama, dealt with fights, tears and tantrums. But the alternative was letting them out with no alcohol only to discover that they’ve sneaked it into someone else’s house, or drunk a bottle of vodka out on the streets or in a park where there is no adult on hand to help when things go wrong.

Some parents – maybe that 3% who know that it is healthiest and best to not drink and therefore refuse to let their children drink are turning a blind eye to the reality of the teenage years. There are of course some teenagers who respect their parents rules, but most of them simply think “fuck off” and experiment elsewhere.

It is of course a fine balance and parenting teenagers is the hardest job in the world. Banning your children from drinking until they are 15 might be the sensible option, but it means that a) they potentially won’t have any friends b) will drink out of your sight in a more unsafe environment c) won’t learn their limits or d) won’t socialise with those who are a different age to them (which is hugely important in my book).

So, to the news headlines that we as parents are unaware of the risks, I would ask you to give us a break and understand that it is not as simple as administering or refusing alcohol. There is a whole ecosystem and social psychology built around what they want to do and we have to take a huge amount into consideration when allowing them to drink and to start the painful process of moving away from us and into the murky world of no frontal cortex behaviour.

I understood that to mean that a lot of parents weren’t aware of the real statistics – that it’s bollocks that if you let them “get used to it” like the Continental Europeans do, they will respect it etc. etc. There is absolutely no proof that exposing them to small quantities of alcohol at a young age is beneficial in this country. In fact, the few studies there are show that the earlier kids start drinking, the more likely they are to abuse alcohol. That’s mainly because of the booze-mad culture in the UK, but it still holds. Most parents I talk to swear blind this isn’t true despite the evidence.

Well, I agree that it might not mean they drink less or sensibly if they start early, I was just trying to point out that we do know the limitations but have to balance out a lot of other things. Not sure kids in the US benefit from the no drinking till 21 rule do they? Don’t they just smoke weed instead? Also in Germany I believe the young can drink in bars from 16 and there doesn’t seem to be the same binge drinking culture that the UK has as a result? Lx