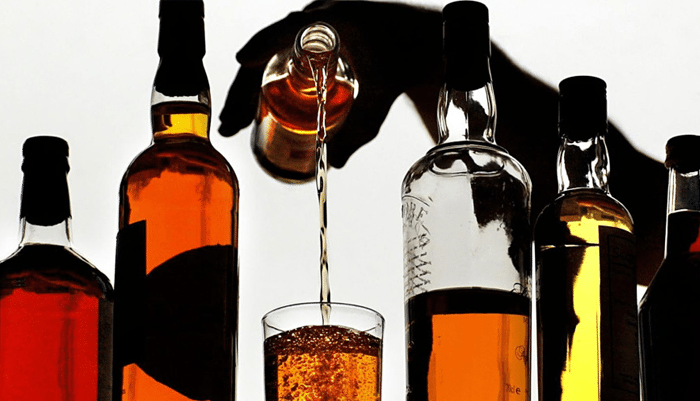 The latest internet craze drinking game needs to be banned by Facebook immediately. My daughter was “Neknominated” over the weekend but persuaded not to do it by her older brother. In case you haven’t heard of it the idea is […]

I quite often have disagreements with people my age about their views on social media. About how they believe that it is proving to be the decline and fall of civilisation as we know it because nobody actually bothers to […]

I have a heavy heart. Can’t talk about it. Issues. Many. On a bigger picture note – as a parent it’s not very easy these days to find our way through the rapidly changing environment. Last week I was asked […]

It was meant to be the launch party for the social networking boom and thus far, it hasn’t quite lived up to expectations. Which doesn’t surprise me, (or anyone else probably) in the least. The fact that Facebook shares have […]

HP sauce have been in touch to let me know about their connection with Movember and it's great - they are releasing a limited edition bottle to raise awareness and much needed funding for men's health with Movember. The new label will be without Britain’s famous Houses of Parliament, making way instead for a top-hat clad British gent with an inspirational moustache. In conjunction with the release of their new look bottle, HP is giving Mo Bros across the UK the chance to celebrate and share their top Mo-moments on Facebook www.facebook.com/hpsauceuk - the most enthusiastic Mo Bro stands the chance of becoming the Gentlemanly Face of HP Movember, claiming £5,000 towards their Movember fund and a VIP trip for themselves and three friends to London. Throughout the month of Movember the HP Facebook page will also host a series of competitions and challenges aimed to Mo’tivate men and bring the Movember spirit to life. HP teams and individuals can have fun and embrace the experience, from bacon buttie adventures to celebrity inspired Mos, and then upload their most Mo-tastic photos to HP’s Facebook page – the best images will receive contributions towards their Mo funds. Mo Sistas can also get involved and support their Mo Bros – The People’s Choice Award for the best HP Mo Bro will be presented to the Bro who has receives the most ‘likes’ over the course of the month’s challenges. Registered Mo Bros & Sistas can get involved by visiting the HP Facebook page on www.facebook.com/hpsauceuk and find out more about Movember at www.movember.com

As the proud owner of an 18 year old on the brink of leaving home (assuming he gets the results required to get into the university of his choice) I am beginning to learn how to let go and stop worrying about him when he's out of my sight. Given that finishing A Levels appears to be the excuse to pack in about eight different post exam holidays where they don't appear to get any sleep for days on end, to worry about them daily would simply result in a heart attack I suspect. He is about to embark on an 3 week tour of "cheap beers" around Europe with five of his friends. The thought of it fills me with horror. In my day, when we all went inter-railing around Europe our parents simply had to wave us off with our rucksacks and hope for the best. Now we have a means of spying on them, of tracking their route. Sort of like giving them a bar code or a little mini camera to put on to their heads. We can check in and even sometimes expect a reply. Now that he's 18 he has finally added me as a "friend" on Facebook so that I can see what they're all up to. Initially I was delighted - how wonderful to be able to share in his experience, but I have to say it's not for the weak hearted and I'm wondering if perhaps it was better for my parents who were blissfully ignorant about what we all got up to. Mostly it's all rather horrifying and you wish you hadn't looked... My friend called me this morning. "OMIGOD, I've just had a look at Jack's photos and I'm quite sure, although his head is turned to the side that it's not a spot he's got on his lower lip, IT"S A NEW PIERCING! I'm going to kill him." I too discovered that my son had allowed himself to be branded with yet another tattoo whilst on holiday recently in Cyprus. Then you have to look at photos of them behaving badly in nightclubs and dancing on tables - "who ARE all those people he's with?" I constantly think to myself. Still, it's a brave new world out there and we might as well get on it with them and I guess it's reassuring to know they're still alive. What do you think?

HOW TO DRIVE TRAFFIC

I have absolutely no idea how to drive traffic. Please do let me know if you come up with anything better than using keywords that involve sex in some way shape or form. What does it mean "drive traffic"? anyway? Who made up that latest hot expression? If there's traffic your not driving - it doesn't make sense. Anyway, you can tweet more, start a Facebook page, link to everyone, engage the world, comment on all the blogs and still, sometimes you won't understand why people pop over one day and not the next. It's all one big mystery and if you've googled this post, then I suggest you read my next two posts above it for more information. Sorry. Not as informative as you'd hoped. I'm sure.

My youngest child has not had a good day - in fact, in his terms it was a "complete disaster". When I went to collect him from school he was hiding behind a bush. His shorts had split during morning play and he'd had to spend the rest of the day wearing girls tracksuit bottoms - not pink you understand, but a pale shade of grey, with slanting pockets and embroidery and with boot cut flicks at the bottom. It was all I could do not to laugh. He was mortified. He said "mum, I looked SO GAY and everybody laughed at me when I went into assembly". In addition, he forgot his PE kit, which would have helped as he could have worn his shorts and therefore missed rugby, which he loves AND to top it all his teacher hasn't accepted him as a friend on Facebook. I told him he wouldn't. Told him not to harass the grown-ups. Just had another email from a friend saying that he's asked to be her friend. Good grief. If he wasn't having such a rubbish day I might have got away with banning him again. Teenage son passed his driving theory test.

My youngest child is currently not allowed on Facebook for getting his mate banned from Club Penguin. This is a huge relief to me because he embarked on his mission to acquire friends with such gusto that I was a little concerned and began to regret my decision to let him join all his mates online. He became friends with my friends (of which I have about 6). He became friends with his brother and sister's friends (of which they have about 856 each). He became friends with people he barely knows. This is probably the reason why there is an age limit and why I have to hope that I will find another excuse quite quickly to ban him again. However, my biggest concern is with the withdrawal symptoms he is exhibiting as a result of not being able to tend to his farm on FarmVille. "I reckon I'm going to have to spend like £50m now to get everything growing again. My strawberries are dead and there's no one feeding my cattle - please mum, I have to go back on. I'll be way behind everybody else now". I have recently read that FarmVille, the online computer game built into the social networking site has 69m players and is rising fast. Uniting the world of social networking and gaming is genius for addiction obviously. 69 million!! That's more than the entire population of the UK. Last month in the US a scam behind the special offers on adverts on the FarmVille site was revealed. Zynga is an advertising company that has "an extremely tight relationship with Facebook through committing to large ad buys" and according to Nick O'Neill from the social media site All Facebook, Znyga is making £304,000 ($500K) a day from its Facebook games. Facebook have so far refused to release details of its advertising revenue insisting that it has no obligation to do so.