FOOTBALL AND THE THIRD WAVE?

I’m feeling very stressed. It’s my son’s 21st birthday on Wednesday and he’s having 30 friends in the garden (as per the rules). Little did I know when I confirmed the event that I was also going to have to […]

What a week it’s been of highs and lows. So sorry to see England leave the World Cup, but what a great job they did and I love how it put a spring in our collective step. Not so after […]

My fourteen year old son had his first refereeing job this morning before his football match. I was so proud of him! He looked so huge compared to the under 9 team he was refereeing. He’s only five years older […] 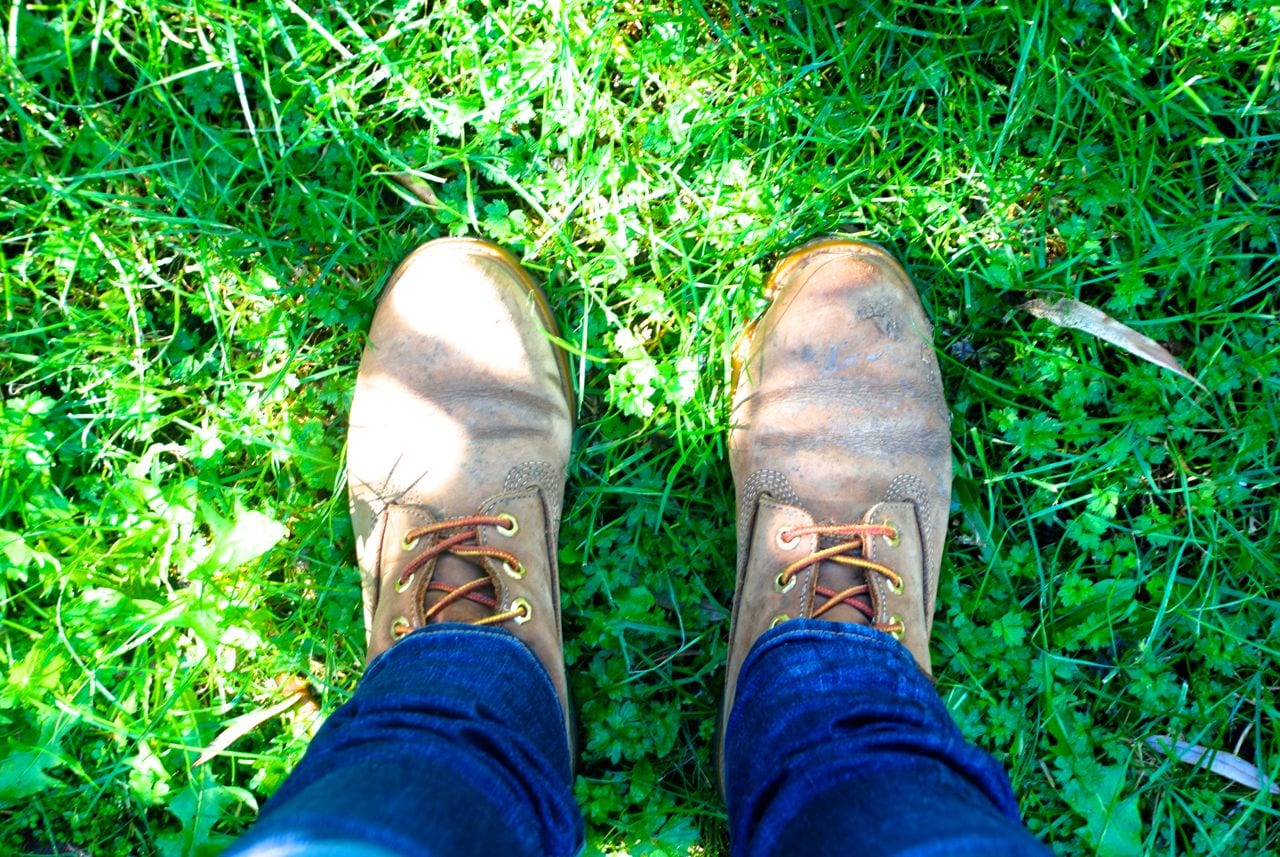 Life in London has been good these past few weeks. I am temporarily working in another office in a different part of London (but that’s another story) and have found myself spending my lunch hours in a well known department […]

Last week, a major whiff of excitement was in the air as I came dangerously close to having to make a horrendous decision. There was a chance that I might be offered a spare ticket to the party of the […]

A CHANGE IN THE WEATHER

I attempted to go for a quick run in the park yesterday simply because the weather was so warm and balmy. I massively failed on my mission by deciding that what I really really needed much more than a run was a sausage baguette and a coffee. Walked and took pictures instead. Much better:- This morning the change in the weather couldn't have been more significant. The temperature must have dropped by 10 degrees at least. Here was my depressing view of my son's football game this morning. Bleak:- It's Sunday. I'm a bit bored. Which is ridiculous. This is the first time I have been home alone for ages. I have had a spectacularly good and a spectacularly bad week for various reasons. Can't talk about all of it. Owing to my blog being under surveillance, it's just not worth it. STILL on a positive note I haven't been decapitated for being a blogger - unlike the female blogger in Mexico who was writing anonymously about the drug wars...(touches wood, nervously). Instead then, I will write about some of the bits in the middle that happened this week:- Saw my son's friend for the first time since he came back early from their inter-railing adventure of cheap beers in dangerous places. His scar is healing very well, which is a huge relief. Now I feel I can show you what he looked like immediately after being stitched up after the fight they got into in Krakov. Disappointing really that no doubt every single parent had taken it upon themselves to warn their man-child of every possible pitfall imaginable. This was presumably in the hope that by mentioning stabbings, muggings, drive-by shootings, drug dealers, prostitutes, becoming addicted to heroin and befriending serial killers they would become statistically less likely to happen. Silly me, I forgot to mention getting glassed in the face. But it wouldn't have made any difference anyway - when on the brink of an adventure, most parents voices blur into a muffled white noise that teenagers drift in and out of consciousness during. This photograph, by the way is not for the faint hearted:- So what else have I done this week? Went to a sale of Trinny's second hand clothes - but frankly couldn't afford them even then - her old shoes were being sold off for approx £200! Still it was all going to a good cause so I hope she made a lot of money (I didn't get a chance to talk to her about it in the end so don't have much information apart from that it was for an addiction charity):- Then we popped next door to visit a friend who owns a fabulous antique shop - he takes his dog to work with him and she clearly has delusions of grandeur as a result:- Daughter doing her art homework - one of those spray paint art pieces that required a straw. This was the only one she could find:- On closer inspection it's that hideous one my son brought back from his Ayia Napa holiday which I tried to hide:- I've grown a new baby coffee plant!! Very excited. My big coffee plant grew some beans. Four to be precise. I didn't know what to do with them? Roast them? Flame them in Sambucca? Sell them? My mother suggested I plant them - hadn't thought of that and look - little helmet head - very top heavy - how is it going to get out of that straight jacket I wonder:- Didn't go out last week at all - apart from on Friday night when a friend invited a few of us to go and see a recording of "That Sunday Night Show" which bizarrely is filmed on a Friday and they all pretend it's Sunday. How ridiculous. You can't have a weekly news round up only 5/7's of the way through the week I don't think. Richard Madeley KEPT making reference to the Sunday night thing which seemed entirely unnecessary. Alan Johnson, Jenny Eclair and Richard Madeley were the main guests with brief appearances from some mad trader and Robert Lindsay. It was good. Interesting to watch and amusing. I enjoyed it. They were all relaxed and having a laugh and I was surprised at their language and subject matter - it's only a half hour show that took nearly two hours to film so I suspect that most of it will come out. Adrian Chiles, the presenter, amused me with his dry sense of humour, apologising at the beginning for all the "arsing about" that was likely to happen. Desperate to get to a pint of lager by the end. He did a pretty good job of involving all the guests, but should have stopped Richard from talking so much and let Jenny talk more. It was all worryingly sexist when the world's largest knitting needles were handed straight to Jenny although she did come back with "I can do anything, I'm a woman" and when they tasted the camel icecream Alan Johnson described it as the "shit of the desert". Better not tell you any more. I'm going to have to watch it now - listen out for a mobile phone that goes off for ages as my friend frantically tries to find her phone - picks up one only to realise it's her blackberry and her friend had changed her personal ringtone to "The Charge of The Light Brigade". Yesterday I was meant to be meeting up with one of my best friends and her sister to find her an outfit for an important event coming up in her calender. Unbelievable really. Not just any event. She is quite possibly about to become the world's most well known artist. She has been invited to do the next installation for the Tate Modern's Turbine Hall. She's in the Financial Times Magazine this weekend having been described by Simon Schama as "one of the greatest living British artists". Spectacular. Anyway, it didn't happen because she's just too busy getting it all finished. Understandably. Good grief. Imagine her stress level at the moment. Went to an AMAZING thing last night. Just at a friend's house. I listened to some talented young artists singing their songs. I'm going to do a separate post on them when I've found their Youtube stuff. I am immensely proud of of my youngest son this week for a number of different reasons. He's definitely happier at school this year and playing lots of sport, standing up for himself when he needs to (and even me when required) and trying really hard to lose weight and although I'm not watching his football match this weekend, last weekend he had a cup game of football that finished at 1-1. They went into extra time and finally penalties. PENALTIES??? AT THEIR AGE. OMG. The parents were literally hyper-ventillating at the thought of their child missing their goal. One mother was actually crying. My son came on second (or maybe third) can't remember. Anyway, cool as you like - HE SCORED!!!! WOOHHOOOOO.....and they won and you have never seen a more puffed up team at the end of it. My son grew a few more inches that day:- He's a little bigger than this now - which was his first weigh in at nearly 11lbs!! "Ouch" is the understatement of the year:- He also made a brilliant cake which I've done a separate post about all in aid of the Royal British Legion and Remembrance Day. Lastly - very strangely and a little worryingly because I think they must have made a mistake this email arrived the other day: "We are delighted to advise that you have been nominated in the Travel Blogger of the Year award category. The next stage is to submit examples of Work that can be put before the Judging Panel. To view the criteria of this category and see also key information that you will need to submit an entry please click here. Just place the cursor over the award number and this will open the criteria for this category but please note other general information on that the screen page. The British Travel Press Awards, created in 2009, is an exciting national awards programme to recognise excellence and achievement among travel writers/journalists, broadcasters and photographers with entries encouraged and welcomed from a wide range of travel writing disciplines including print, online and broadcast. If you have any questions about the criteria or the British Travel Press Awards please let me know. Good luck and we look forward to receiving your submission". I am very surprised. Definitely won't get into the finalists list. But keeping a low profile on the whole matter thus far in the hope that they won't notice their mistake.

LOTS TO NOT TALK ABOUT

In amongst little golden nuggets of wonderfulness with regard to my children, I have had a shit week. I can’t write about any of it because I have had the equivalent of an invisible super injunction gagging order taken out […]

WHAT A GAME!! “One of the greatest night’s in Arsenal’s history” and Builder Bloke was there with my son and his son. Even my daughter and I watched as they scored their second goal – such was the excitement coming […]

RICHARD KEYS APOLOGISES AND THEN RESIGNS

The sexism row seems to have been taken way out of proportion. So they made a mistake. Not even on air. Surely if everything everybody said off air was noted nobody would be working (it’s not as bad as when […]

It's my birthday tomorrow (YAY) and this is the most grown-up I've ever been about my birthday in that I haven't gone into a huge decline about how a lack of partner = rubbish presents. I have bought myself two presents on the basis that I am not expecting presents from anybody else - this divorce thing is a real bummer when it comes to gifts. Almost worse than any other aspect- it's very depressing not having anybody to drop major hints at for a whole year who then buys you something entirely different that you don't want and you can't quite believe that they can have got it SO WRONG. I have learnt over the last few years that it is quite satisfactory to cut out the middle man and buy yourself something you really want. It leaves no room for disappointment.