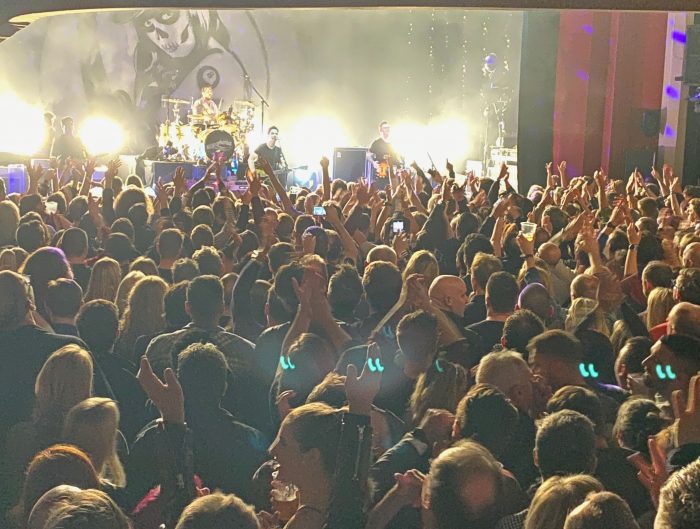 What a joy it was to see the Stereophonics perform on Monday night in one of my favourite London venues. We couldn’t quite believe it when we heard they were playing at The Shepherd’s Bush Empire, a small, intimate space […]

This was the fourth House Festival and I've been to all of them so far. I wasn't expecting to make it to this one because it was my youngest son's birthday and I was going to be spending it with him, however, because his brother and sister are away and because he wanted to see his father in the evening it all worked out. We spent the day together and then just as his dad arrived, so did my friends to collect me. Once you're there, the major back payment you have had to take out on the ticket quickly fades. I have never seen anything like it. Honestly it is the adult version of being shut in a sweet shop as a child and being told to stay there all night or like being at your best friends (who is very rich) wedding. Everything is FREEEEE. Champagne, lobster, Grey Goose vodka, seafood, cheese, various weird and wonderful cocktails - generally as much delicious stuff as your body will take. I have never seen so many pissed posh people by the end of the evening all staggering about in their Hunter wellies. We strolled about the beautiful grounds of Chiswick Gardens casually trying to spot celebrities, or as my girlfriend kept saying very loudly "we're just looking for men with hair" - rumour had it that both Hugh Grant and Colin Firth were there - we spotted Jo Whiley and a few other DJ's but not the men with hair (apart from Lawrence Llewelyn Bowen who has enough hair for several men). I didn't get photos of all the bands - must have been eating and drinking at the time and I failed to notice until the end that Michael Mcintyre kept popping up on stage and of course my bloody camera stopped working at the last minute, but I got a few good ones. You will get the general idea. This was the line-up:- Dry The River Eliza Doolittle Katy B KT Tunstall Noah and the whale Plan B Tinie Tempah Stereophonics Eating area although you could sit anywhere and there were lots of hay bales to wobble on around gorgeous urns as the evening wore on:- Strolling about (that's Jo Wiley in the blue trousers):- although not sure what happened to her hands in this picture:- Not sure what was going on here:- With an enthusiastically alchoholic crowd:- and the very sexy (or was it all that champagne) Stereophonics:- I was VERY pleased to see that this year the money raised is also going to an Oxfam project in Zambia (where I was with my father recently) to help raise the standards of education for orphans and vulnerable children. This is in conjunction with the The Circle - an group of influential women set up by Annie Lennox.