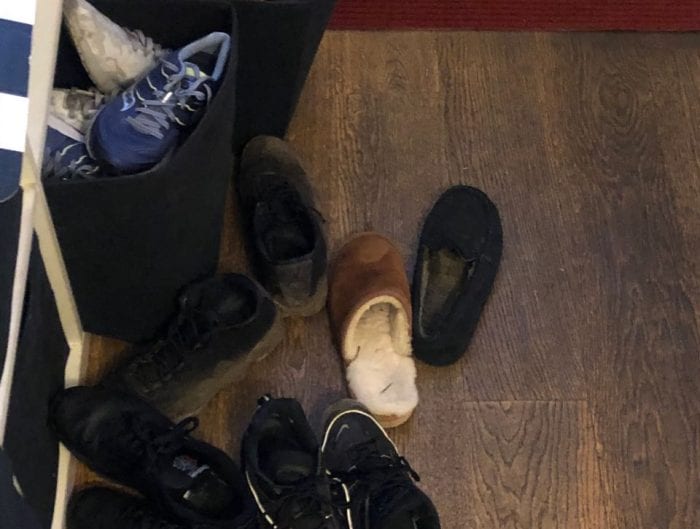 HOW TO ENJOY YOUR EMPTY NEST WEEKEND

Are you missing your children and feeling a little empty nest-ish? My youngest has gone back to university and the house is quiet as a mouse for the first time in a month. It is also clean and tidy. Towels […] 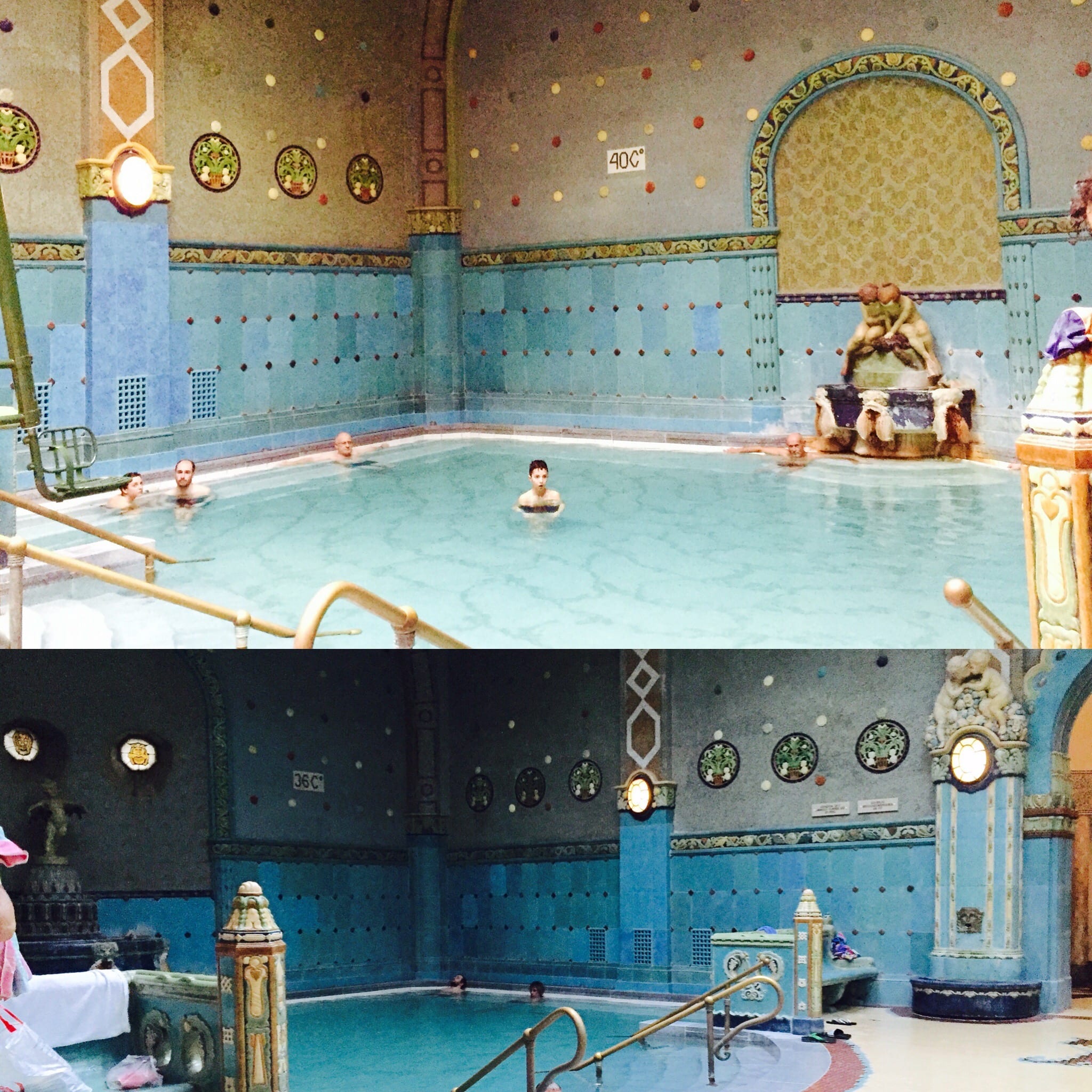 4 days in Budapest My son’s girlfriend has just been with her mother and it’s made me want to go…. Budapest left us with more questions than answers, and eager to book another trip in the summer to delve further […]

MADRID FOR THE WEEKEND

I’m exhausted. We’ve been in Madrid for three nights and done LOADS. I took my daughter, her boyfriend and my youngest son much to the annoyance of my first born who was most put out to not be there (revising […] 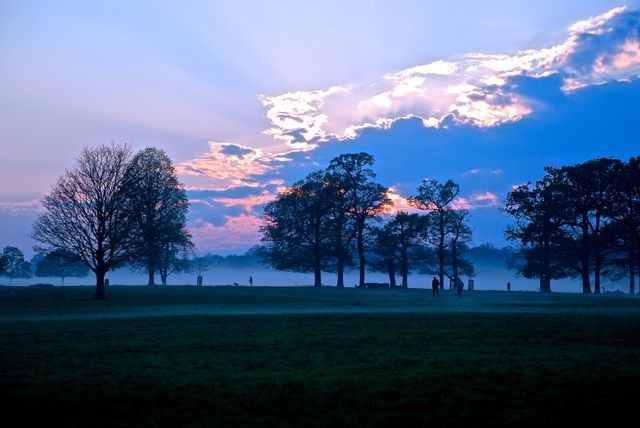 Lovely weekend for Easter 2014 - as usual went too fast!

Did you know that if you are sick in a taxi in London they charge you £80.00 for the privilege? I had to pay that this weekend for a nameless teenager (thankfully not one of mine) who forgot to ask […]

I quite often have disagreements with people my age about their views on social media. About how they believe that it is proving to be the decline and fall of civilisation as we know it because nobody actually bothers to […]

I read somewhere recently that Biz Stone, the founder of Twitter is developing an online space with which to showcase decent writing across all subjects. It’s going to be huge… and very different to that immediate, off the cuff, twitter […]

I was invited to a lovely event yesterday in aid of Mencap a Uk based charity that is "the voice of learning disability" at the very splendid Mews of Mayfair restaurant just off New Bond Street. There are 1.5 million people with learning difficulties in the UK ranging from the relatively mild to the extremely severe and Mencap embrace the whole spectrum, offering help through supported living, employment and other services and our lunch today was one of their annual fundraising events. Through one of their members, they had managed to get Mrs Moneypenny to come along and give a talk. She has a weekly column in the Weekend Financial Times Magazine that I have read for years and it was no surprise to find that she was as funny and interesting to listen to as she is to read. She told some very amusing stories and talked about her new book coming out called "Careers Advice For Ambitious Women" - interestingly, in the USA it's called "Sharpen Your Heels", which has a very different ring to it - in fact much more of a "handbags at dawn" connotation which clearly isn't what she's about - more than anything, she came across as a massive supporter of women and in her columns she is always mentioning her female friends (although who can blame her when she is completely surrounded by testicles at home). All her shows are dedicated to women and she is part of the 30% club - a group of chairmen (although isn't that term inappropriate in this context?) who are dedicated to ensuring more women are on UK corporate boards to provide a better decision making balance - on average, FTSE 100 companies have only 14% female representatives on their boards. She talked about the concept of women "having it all" - a strong career, a suitable husband, several gorgeous children, the Pilates sessions, the nail bar, the piano lessons....."it's all absolute bollocks" she said, "you simply can't have it all, it's all about choices" - which I entirely agree with. Although, having said that, she does appear to very nearly have it all herself - a stay at home (Australian) husband, three children who she refers to in her column as Cost Centres 1, 2 and 3, a successful career, a private pilot's licence, a love of shooting, an impressive array of qualifications, a book, a TV show, a popular guest for talks and radio programmes and most appealingly of all, hugely enhanced by her wicked sense of humour she appears to be enjoying herself. In fact, I suspect her 22 year old son has helped ensure that her talks are getting funnier by the minute - they are really quite edgy and involve all sorts of stories about sex and teenagers and alcohol and cigarettes - just my sort of stories! She started her talk by making a joke of her size - "I am a perfect size 10 masquerading as a woman with a body mass index of 37 - when I take my clothes off I can kill an erection at 60 yards". She didn't give us her opinion of the global crisis or talk about the financial situation much at all - I should have asked her that question but I was much too busy enjoying her stories. She did tell us that she runs her entire household like a business, with incentive pay options available but no grievance procedures allowed (I'm not going to mention that she has offered to pay off her children's university fees if they successfully manage to get a better degree than hers - in case my children read this). Instead she concentrated on more female related issues - which was no doubt because only about 2% of the audience was male - whereas I expect she's quite used to a predominantly male audience. She told us that whilst she discusses financial issues in her weekly column, she gets a bigger response when she discusses more girly issues like "why are there no instructions with a pot of Creme De La Mer?" and why she doesn't think Pilates is a real exercise - "I've had three caesarean sections - I don't need to strengthen my pelvic floor muscles and anyway, I only have sex once a year". When asked whether her children mind being written about in her column she said that yes, they probably did, but she would only stop writing about them "when they stop spending the money I earn - until then, they don't get a voice". Ditto her husband who also minds - she has written about his vasectomy and then proceeded to talk about it at length. I suspect she, a bit like Caitlin Moran (who is also very confident about talking and writing about any subject she cares to) is very lucky to have a laid back, totally supportive husband who is happy to remain in the background and is no doubt immensely proud of their achievements and big enough to not mind having the piss taken out of them. She was really very inspirational to listen to, pointing out that ultimately the most important thing is to never forget that "everybody is somebody, so we should all go through life looking at what we can do for somebody else because in the end that approach to life will always pay off". REALLY EXCITINGLY, I actually got to have a chat with her at the end and I was introduced to her as a blogger which I then had to vaguely apologise for because in a previous column she made it very clear that she doesn't have much time for bloggers.... although she did then vaguely retract that statement by pretending she now wished she did have a blog after her Edinburgh talks (and presumably thanks to her son's contributions an increasingly younger audience of followers) - so I invited her to do a guest post on my blog! How cool would that be? AND then she said she'd put a link to my blog up on her website which is a supremely kind offer. So. Now. I'm going to buy her book.