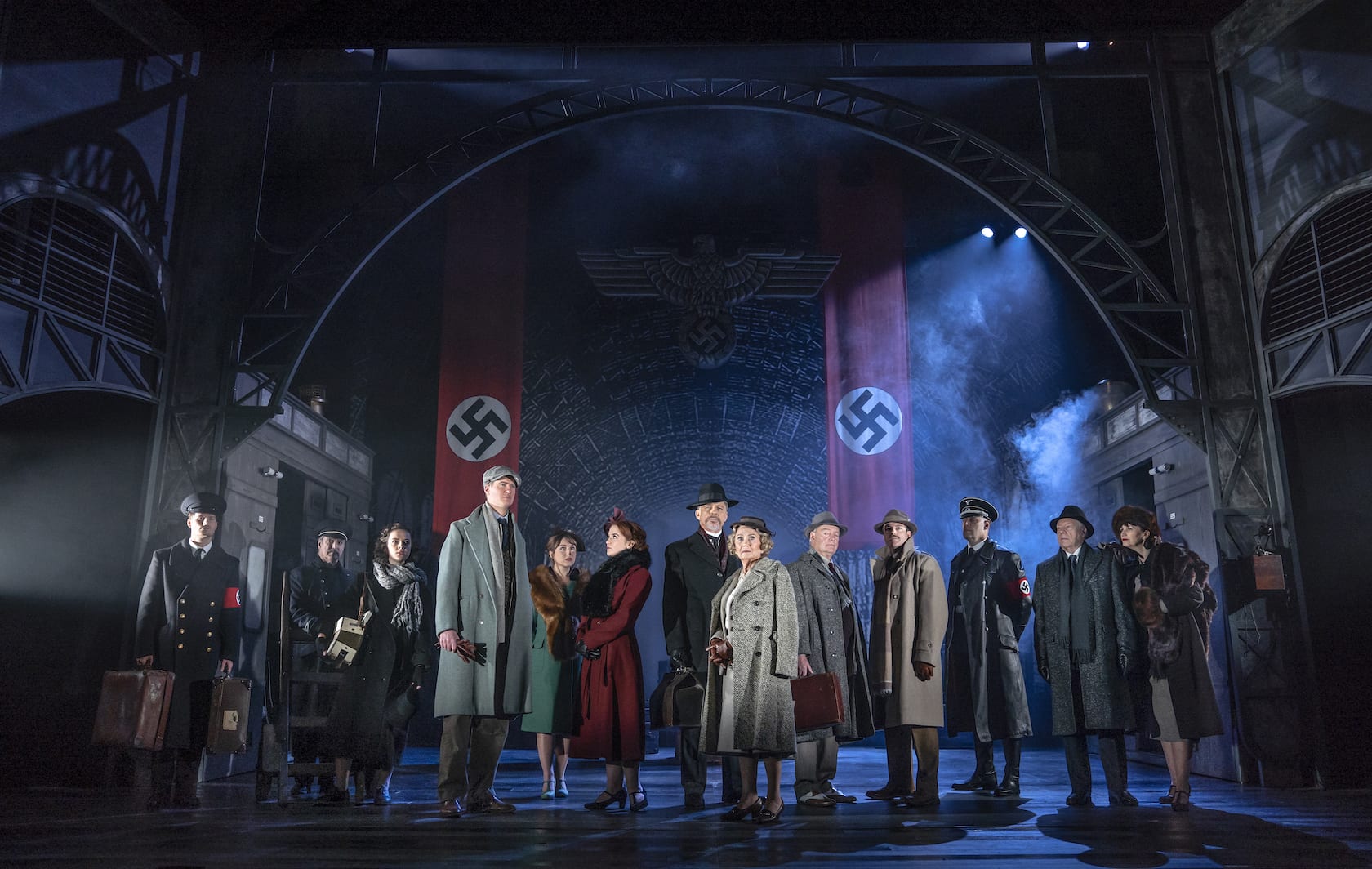 Alfred Hitchcock’s 1938 film “The Lady Vanishes” has been adapted for the stage by Bill Kenwright’s The Classic Thriller Theatre Company. This company specialises in abridging and adapting film thrillers for the stage. Since 2006 they have presented Agatha Christie favourites “Witness for the Prosecution”, “And Then There Were None” and “Murder on the Nile”. In 2018 they presented Edgar Wallace’s “The Case of the Frightened Lady” and now this year they present Alfred Hitchcock’s “The Lady Vanishes”.

A strong cast including some big names – the husband and wife team Juliet Mills (daughter of the late great Sir John Mills and the writer Mary Hayley Bell) and Maxwell Caulfield, Philip Lowrie (Dennis Tanner, Coronation Street) and Matt Barber (Atticus Aldridge, Downton Abbey). The adapter Anthony Lampard has a strong track record and the director Roy Marsden started directing age 15. He directed “The Case of the Frightened Lady” in 2018, so this is a company that knows what they are doing. 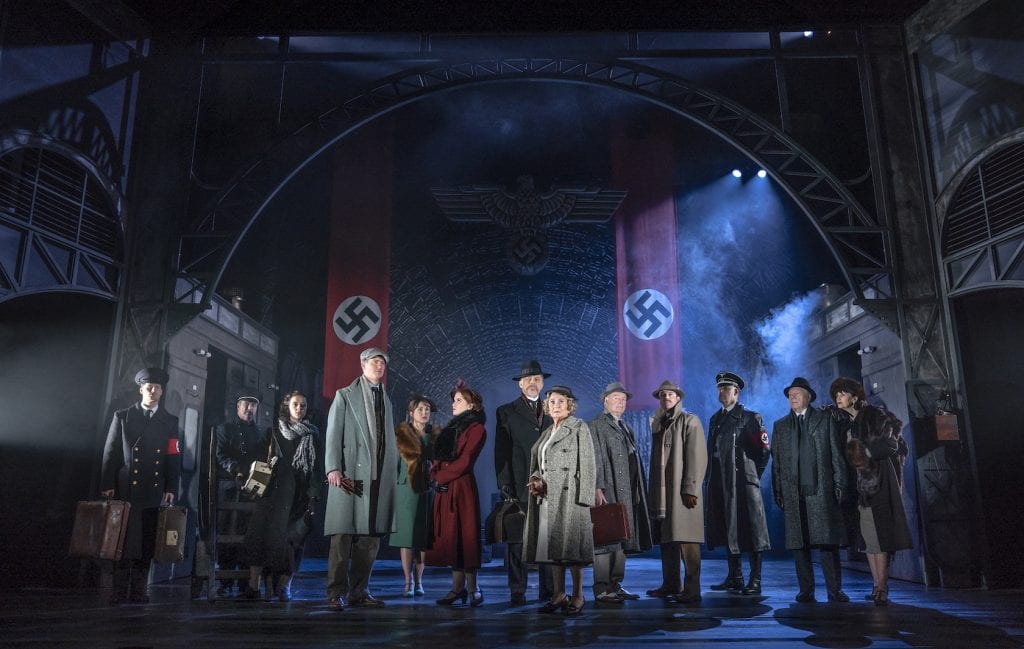 Although billed as a classic crime/murder thriller “The Lady Vanishes” is actually a farcical comedy within a not very menacing context. The start strikes a note of intimidation as the announcer instructs the audience very firmly in German to turn off their mobiles. And indeed the curtain rises to reveal a startlingly Nazi Viennese Railway Station with a huge Eagle and Swash sticker flanked by red, white and black banners. The sight of the fearsome Nazi official (Joe Reisig, perfect) clad in black leather coat, gloves and boots is most unsettling. But this intimidating Nazi world of uniforms and salutes is soon pricked by good old English humour. It starts when Iris (Lorna Fitzgerald) corrects the Station master’s pronunciation of “avalanche”. “It’s got an ‘A’ at the beginning” she informs him. And so by this one grammatical correction we know that the Nazis will not prevail. Why? Because they can’t pronounce their words correctly. Like “Strangers on a Train”, the location for “The Lady Vanishes” is a train making its way across Austria to Switzerland. The train is the perfect setting for the crime/murder genre. It works particularly well in this play as it functions as both a place of confinement but also a means of freedom if only the train can make it to neutral Switzerland. 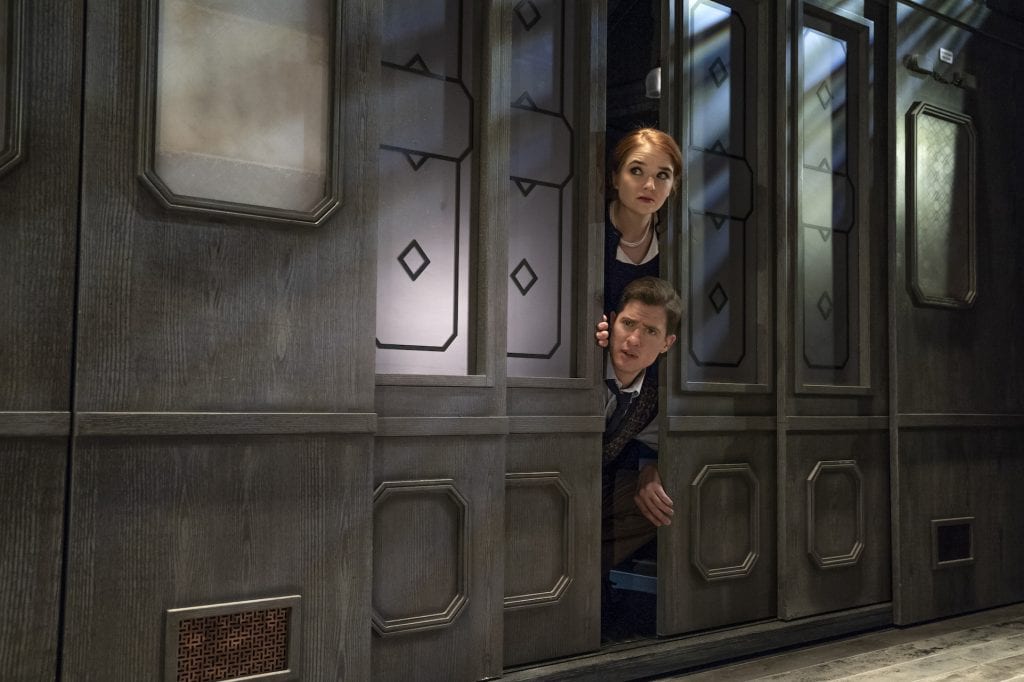 Stuck at the railway station in Vienna, a group of English travellers – two cricket lovers. Charters (Robert Duncan) and Caldicott (Ben Nealon), a couple having an affair on their way back from Venice, Eric (Philip Lowrie) and Margaret (Elizabeth Payne) – she has a fine running gag “my husband thinks I’m in Margate”, Iris a young woman about to be married to a Lord, Max (Matt Barber) a musicologist and Miss Froy (Juliet Mills). They are joined on the train by Dr Hartz (Maxwell Caulfield), Signor Doppo (Mark Carlisle) a magician and the Nazi SS Official (Joe Reisig). Miss Froy and Iris strike up a friendship after Iris was accidentally on purpose banged on the head by a porter at the station. They have tea together in the dining car. Here the key to “The Lady Vanishes” is Harriman’s Herbal Tea which Miss Froy gives to the Stewardess (Natalie Law). She swears by Harriman’s Herbal Tea and will drink nothing else. On returning to their cabin Iris awakes to find that Miss Froy has vanished. Her fellow passengers deny ever having seen Miss Froy. They remind Iris that she has suffered a bang on the head and is delusional. Furious Iris insists on the reality of Miss Froy. 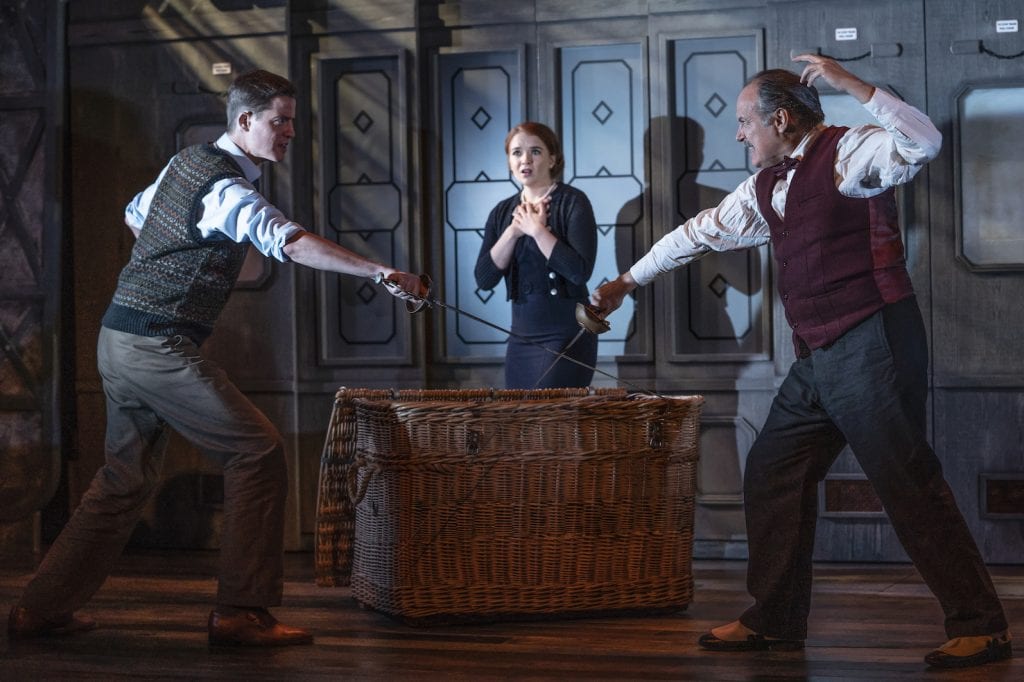 At this point the crime thriller segways into a romcom as Iris and Max fall in love over the whereabouts of the missing Miss Froy. When the stewardess drops a piece of paper Max makes a discovery. The dropped note was for an order of Harriman’s Herbal Tea. Now convinced that Miss Froy is real, Max joins Iris in a bid to find the Vanished Lady. Will they find her? If they do will they make it to freedom and Switzerland? Will they admit their love for each other?

To find out you will have to go and see this show on all week at the Richmond Theatre.