ARE YOU READY TO MINGLE? 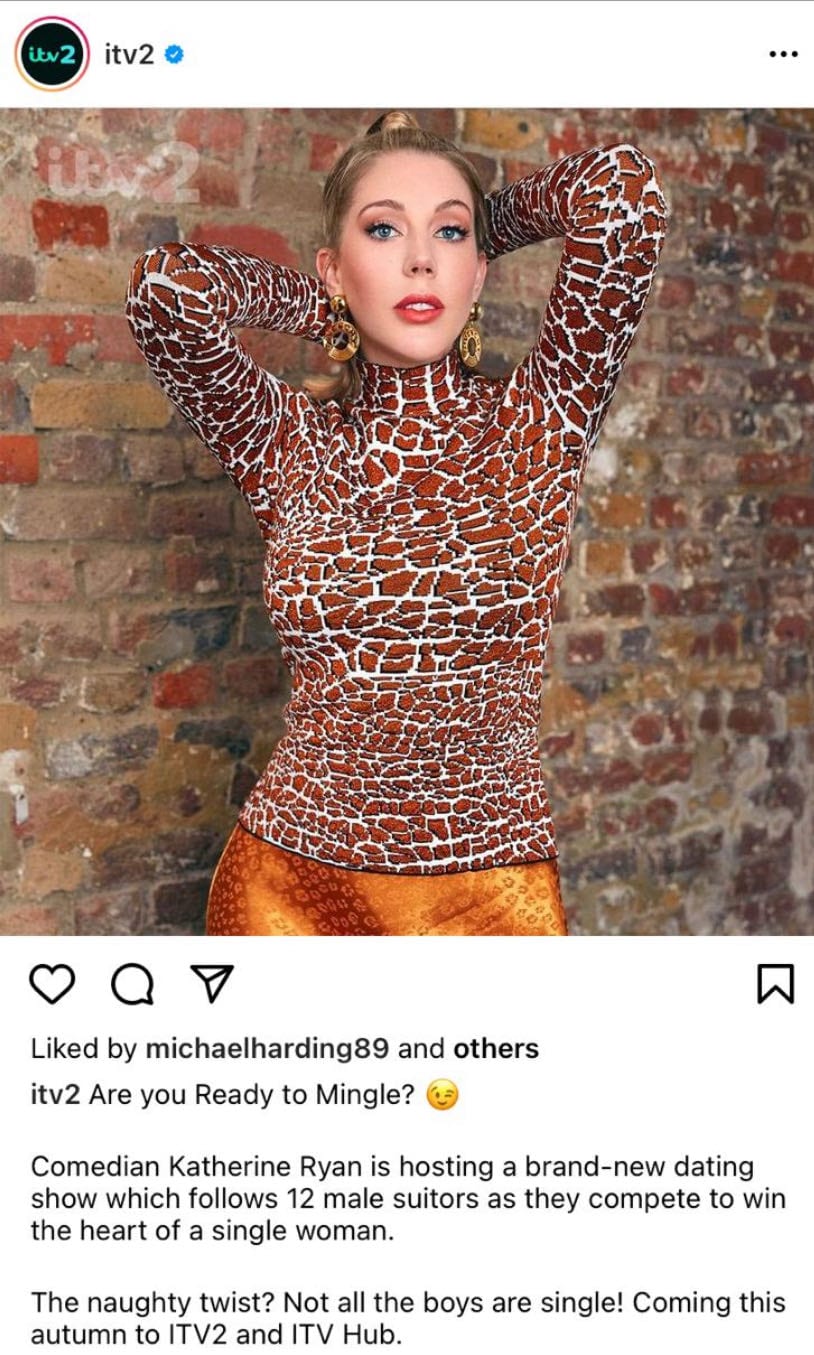 I have just been made aware of a new ITV2 dating show about cheating. Apparently a lone woman is going to be joined by twelve potential suitors (all men I believe) who she must choose from over a period of time. Comedian, Katherine Ryan is hosting the show.  The woman who has to whittle down the men and ultimately choose her partner, doesn’t know which ones are single and which ones are already in a relationship. 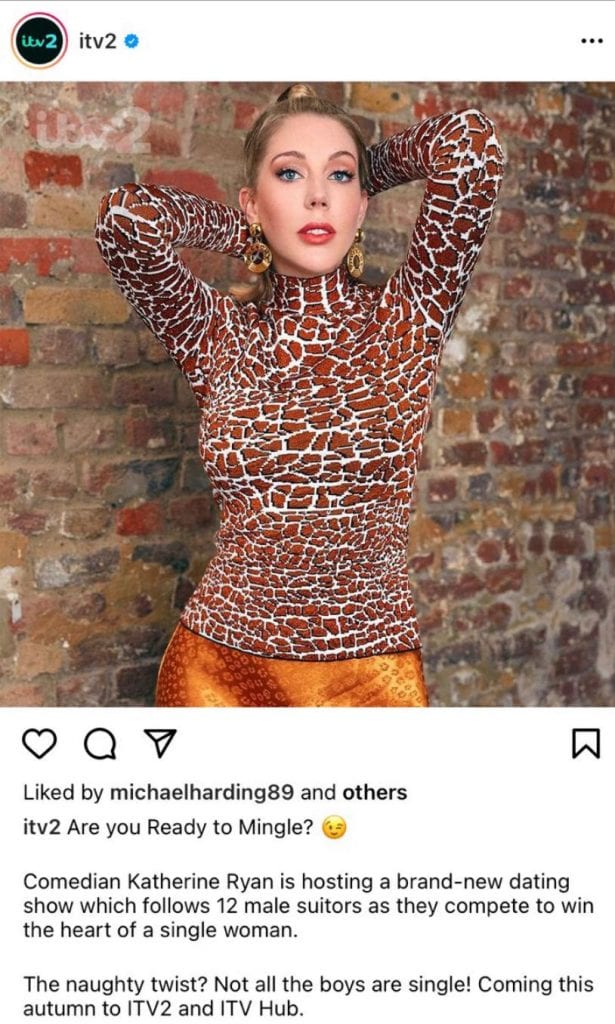 Apparently their real life partners are involved behind the scenes, which makes the whole thing even more f*cked up surely? How did a show like this get commissioned? Described as “one sexy, sultry, sophisticate, smart single woman looking for love” and yet we are supposed to watch her fall for someone who lies to her and who isn’t single? That is unacceptable and horribly damaging all round.

It’s being tipped to rival the American reality show “The Bachelor” – but I’m not sure how, given that by definition a “bachelor” is a single, eligible man.

This sounds like a terrible idea and just the sort of message we are trying to avoid with our young girls.

Are you ready to mingle? ITV2cheatingrelationships
Share
BLOG  / REVIEWS