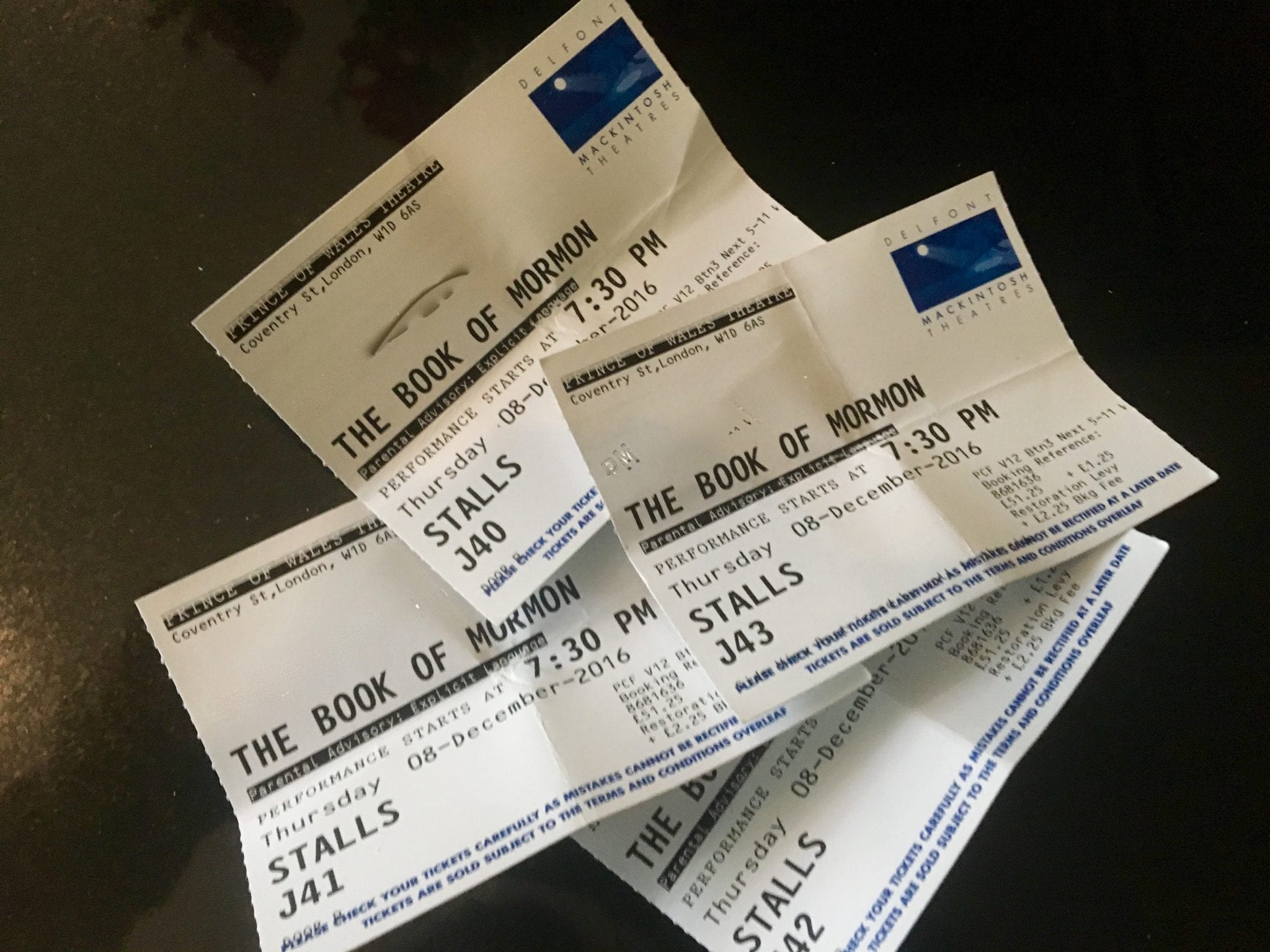 I took my children to see The Book Of Mormon with some other friends as a Christmas treat a few days ago. Am I the only person in the world who thought it was rubbish? I had already been warned about the content to a degree and knew that I was going to have to be open minded about the subject matter. I knew that it was a religious satire written by the creator’s of South Park, about a group of Mormon missionaries trying to convert a group of Ugandan’s to Christianity and that it was going to make very distasteful jokes about every stereotype going. I was prepared for all of that. I also knew that it was a musical, which is not my thing, but imagined that even this element was going to be acceptable because it was going to be so funny.

It wasn’t particularly funny, I didn’t think so anyway.

I didn’t realise that most of the jokes were going to be about Female Genital Mutilation and “cutting off clits”. This is obviously no laughing matter and I wouldn’t have minded so much if the musical had successfully managed to build awareness of the issue.

The dancing and singing was high energy and of course all the actors and singers were great, if you like that sort of Disney-esque singing voice and pointless songs. But mainly for me, it just wasn’t funny enough and it all felt a bit tired. Of course I was the only one in our group of ten who felt like that – everyone else seemed to enjoy it hugely, but it was too slap-sticky, not clever enough jokes and felt more like I was at a local pantomime.

That said, I’m still pleased I went because everyone I know had suggested I see it and I’m delighted that my children enjoyed it, but I just didn’t get it. At all. Am I the only one?

Oh dear…..it comes to Melbourne next year and we had it marked down as a “must see”, but may have to rethink that now…perhaps we’ll go and see “Kinky Boots” instead.

Well, as I said, I was the only one of a number of us who felt like that – so don’t take my word for it! Lx