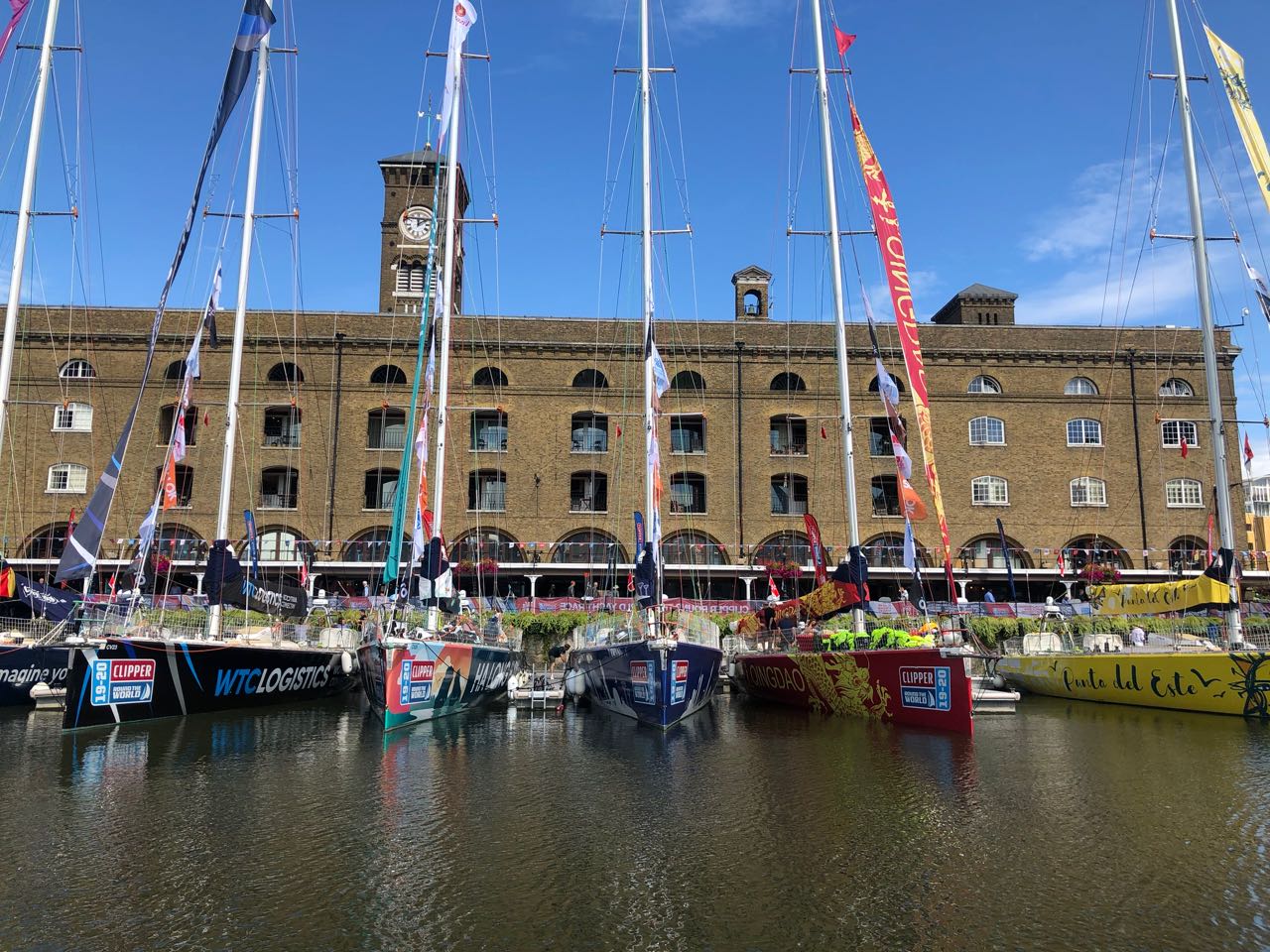 WHO in their right mind would actually pay good money to spend up to a year enduring one of the toughest challenges on the planet? The Clipper Race enables anyone, with dedication, enthusiasm, some training (and possibly quite a lot of madness and a death wish) to become an ocean racer. It’s the only global yacht race for non professional sailors who over 11 months will cover 40,000 nautical miles, visit six continents and make six ocean crossings. This unique challenge brings together a vast range of people and I bet forges brilliant friendships for life.

I was invited to witness the christening of the GoToBermuda yacht, making it’s debut as Host Port and Team Partner to the Clipper race, ahead of starting the around the world Clipper race on Sunday and I am now in awe of those that have been chosen to be part of the crew. Just for a minute I considered the prospect of cashing it all in and sailing the high seas. What an adventure and how cool! They’re all sitting pretty and getting ready currently in St Katherine’s Dock…setting off on 1/9/19:- 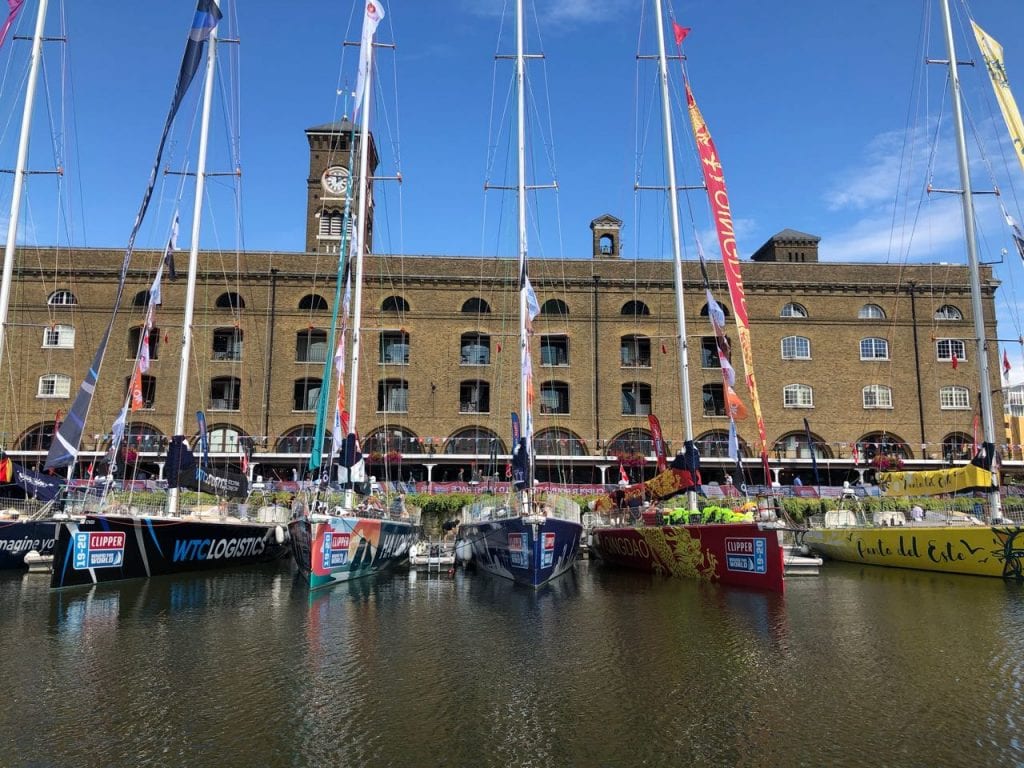 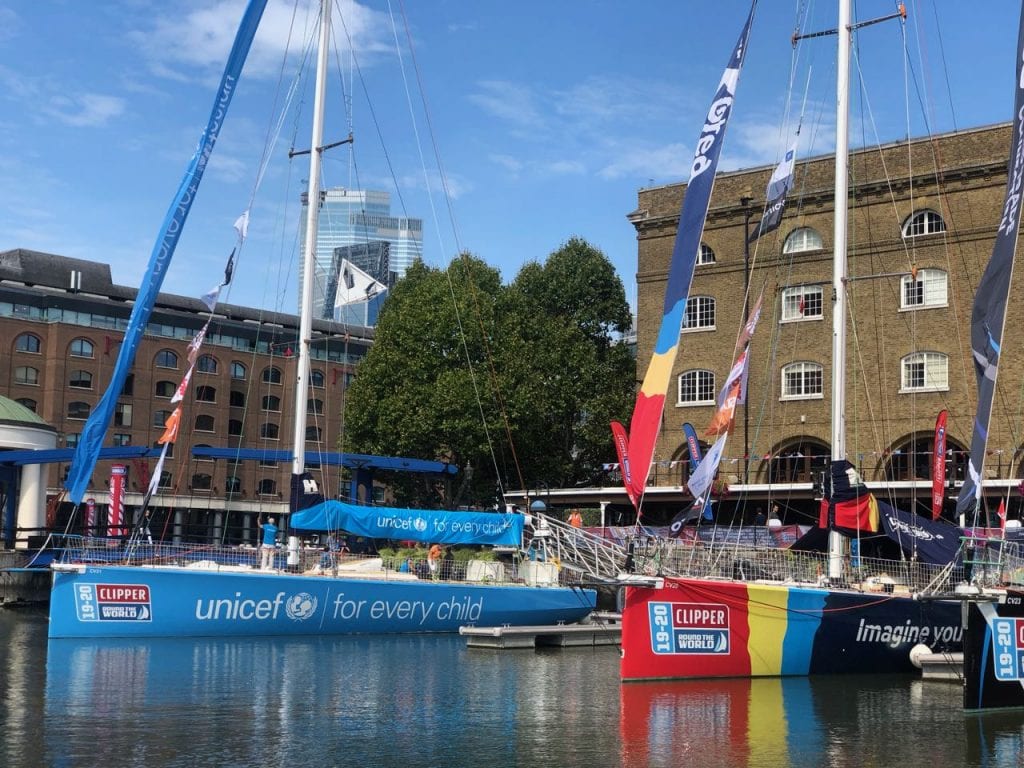 Sailing legend Sir Robin Knox-Johnston who became the first person to sail solo, non-stop, around the planet and who started the Clipper Race 24 years ago, with the crew:- 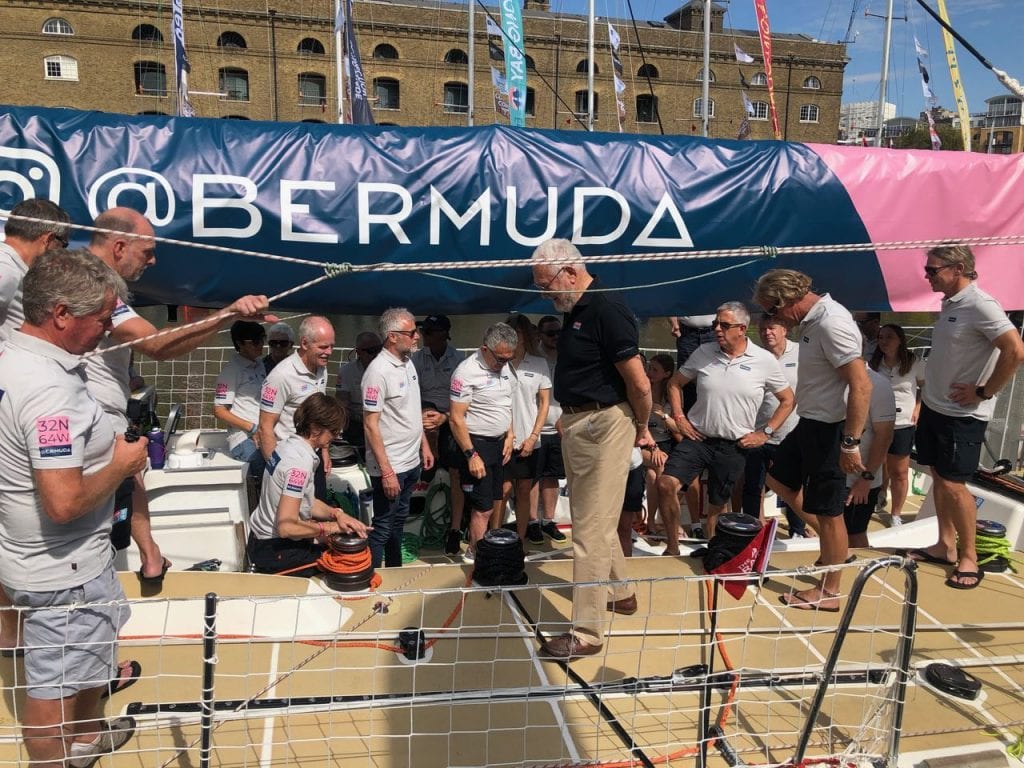 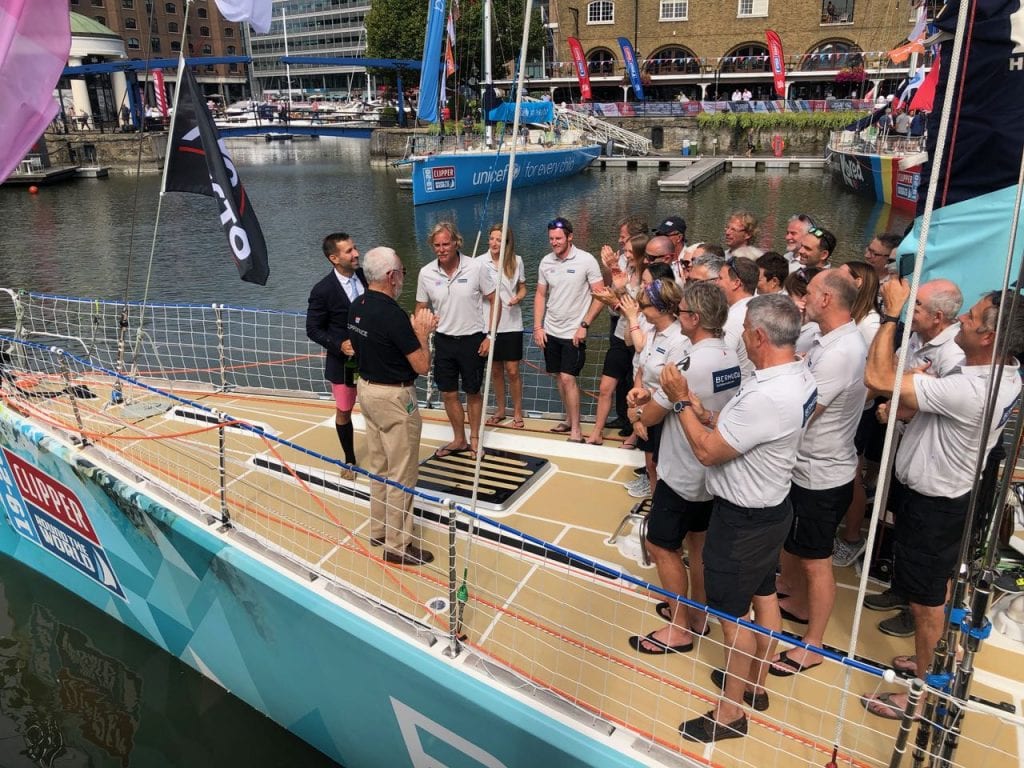 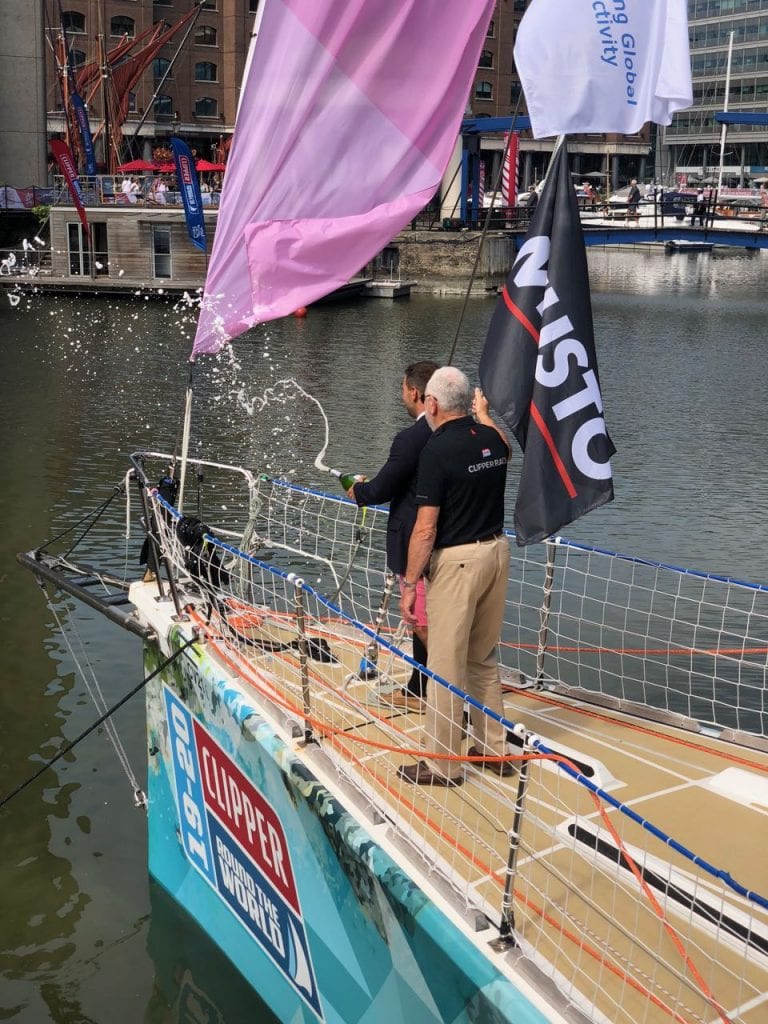 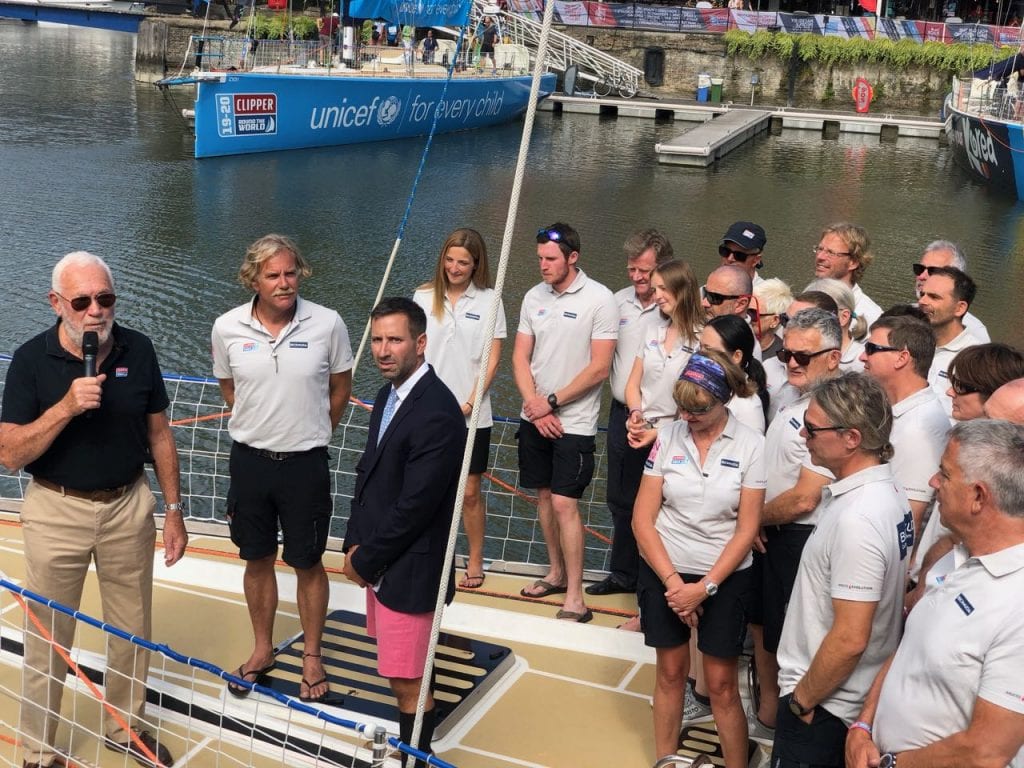 Then I got a tour of the yacht and nearly fell into the water trying to climb on, when it was stationary and there were steps. By the time I’d checked out the sleeping quarters you couldn’t have persuaded me to join up even if I was paid to do so. There are only two loo’s (with no doors) for 20 crew members, the tiniest beds (that they have to share) and no wine fridge. In fact there will be no alcohol at all and as it’s a race, I’m assuming they won’t even be able to luxuriate or at least have a drink in the likes of Bermuda, Cape Town, The Whitsundays, Australia, Subic Bay Philippines and many other glorious locations to boot. Each Clipper 70 has a suite of 11 sails that have to be changed regularly – using up to six people to heave them up through a window directly on to deck. ARE THEY ALL COMPLETELY MAD???

The brains of the boat and the captain’s spacious bedroom:- 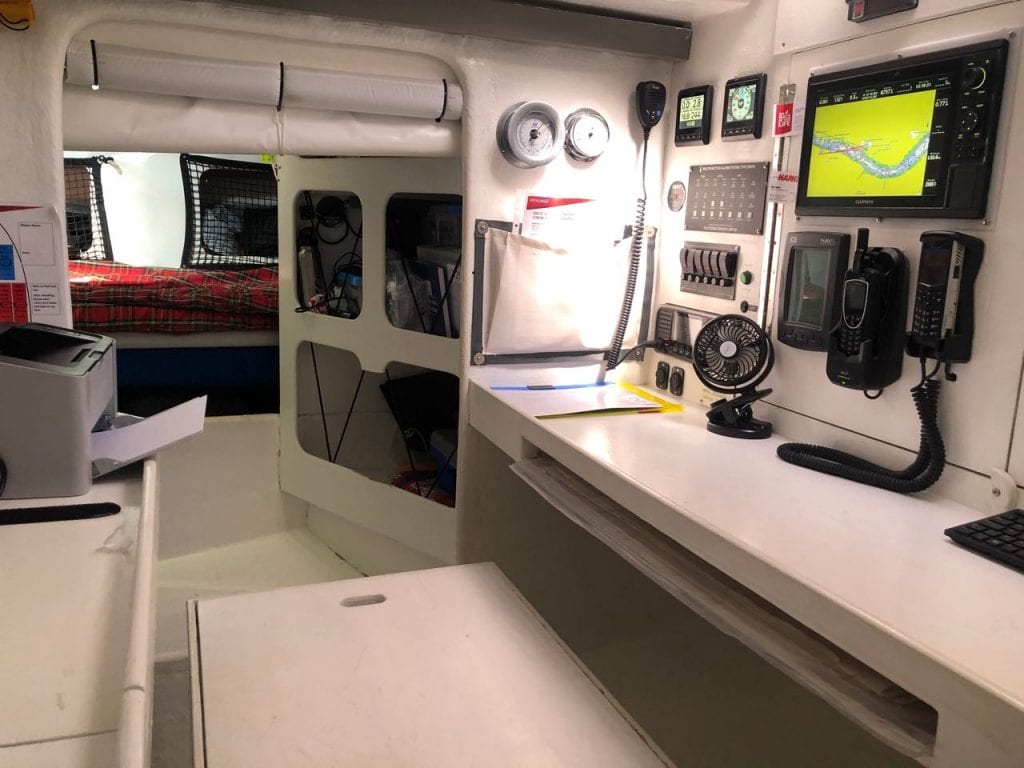 Look at the tiny beds – that could be also angled at 45 degrees:- 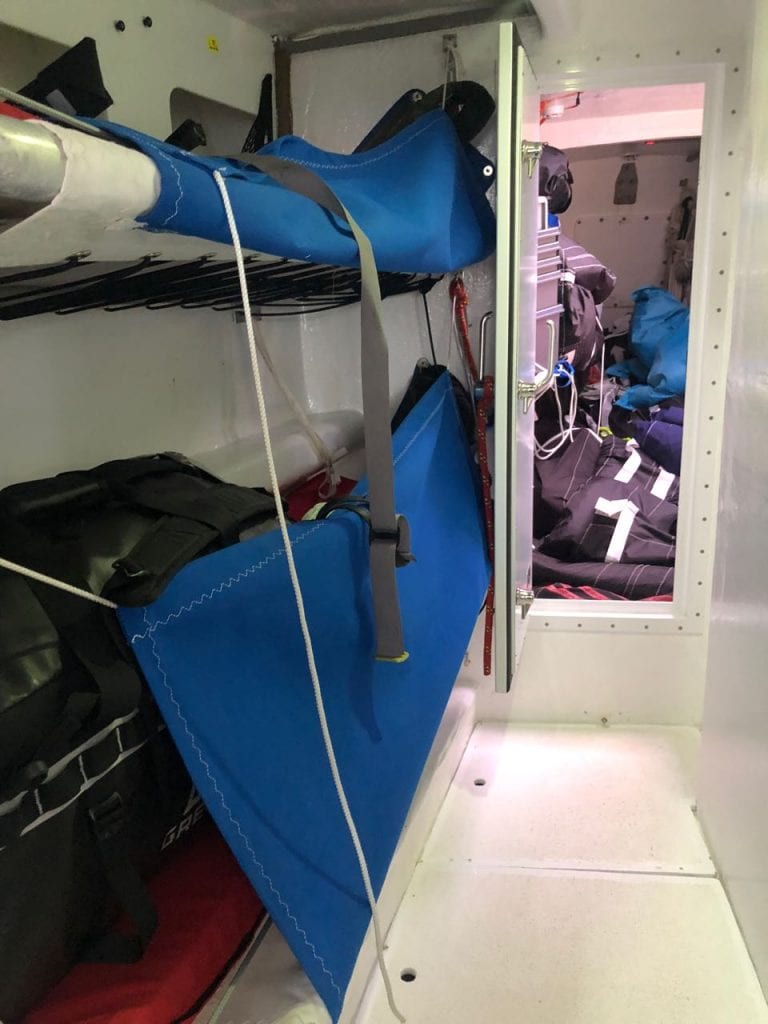 This year, 33% of the crew are female and I spoke to Gerry from New Zealand, a 51 year old Grandmother who has been chosen to be one of the crew on the GoToBermuda yacht. Her husband did it last time and she followed him to nine of the ports. This time he is going to do that for her as she takes part in the first two legs only. This is going to be a true test of fortitude and courage and she is a much braver woman than I am. She told me that one of the hardest parts is climbing on to the other side when the yacht is at a 45 degree angle…bloody hell. How do you even get any sleep if the waves reach 14m tall like last year? Let alone cling on at a terrifying angle. 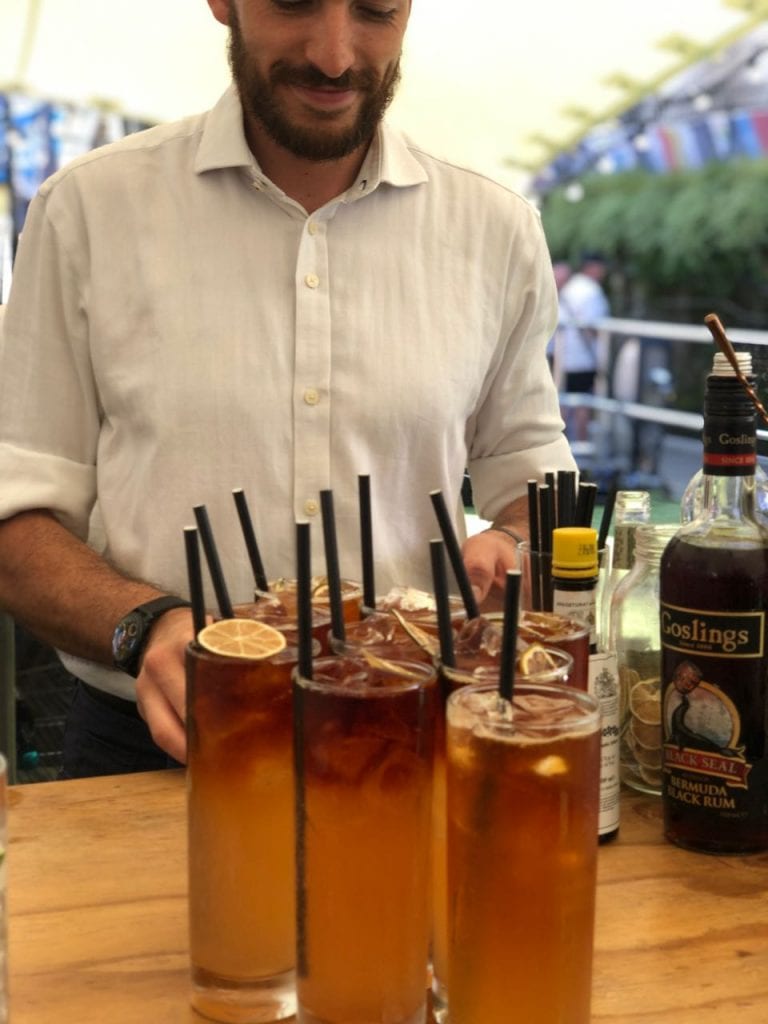 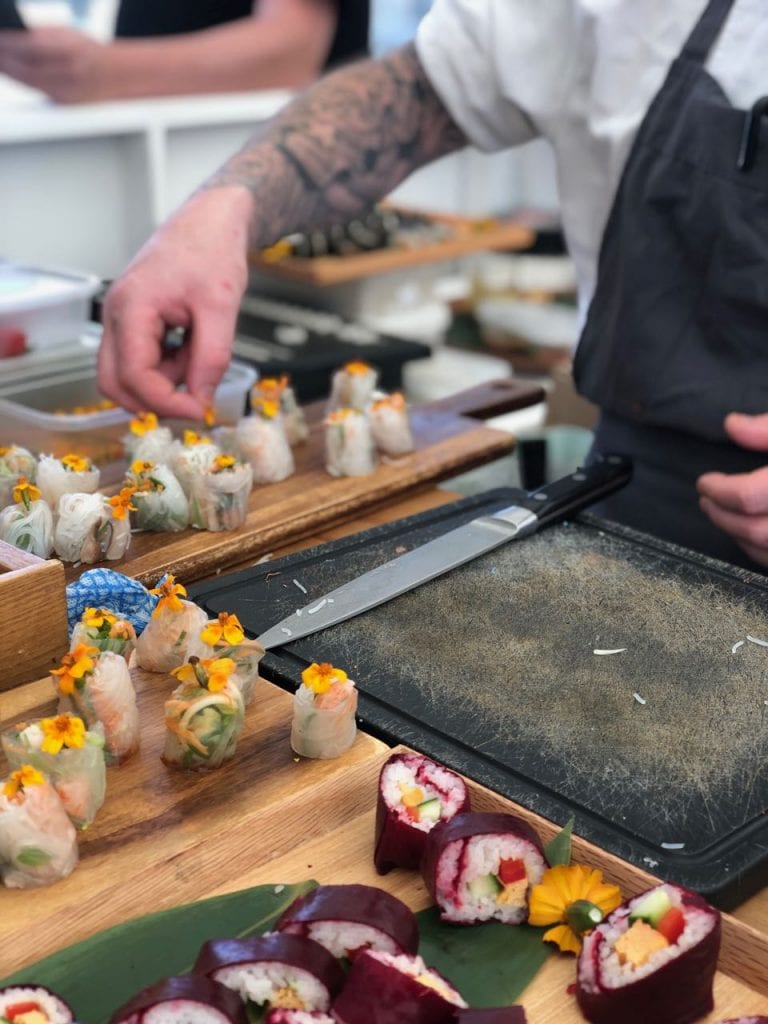 I will be following your progress with huge admiration and interest.