The best comic opera in the best opera house, what more could anyone want?

The prospect of the architectural wonders of the Coliseum and Mozart’s comic masterpiece Cosi Fan Tutte at the same time was more than enough to satisfy my aesthetic appetite. I was in august company as I spotted Melvyn Bragg and Tracy Ullman. Isn’t that part of the fun? To see and be seen? The man sitting next to me had travelled up from Plymouth. He had to leave at the interval to get the last train back to Bristol. And then travel to Plymouth on the 6.30am to start work at 9.00aj. How’s that for suffering for one’s art? “Choose Opera” shouts the merchandise in the Coliseum shop and clearly this man certainly had taken the injunction to heart.

Phelim McDermott’s take is a mashup of the seaside, the funfair and the circus. The sets by Tom Pye are a visual delight. The ensemble include a calvacade of circus acrobats, sword swallowers, carousel rides, hot dog stalls, tattooists, hot air balloons and fortune tellers. It’s supposed to be Coney Island, New York but it could be Southend or Blackpool. The point is to create a fantasy land where transformations happen. And in this they succeed. I for one was transported to this Neverland and willingly suspended my disbelief.

Mozart and his librettist Lorenza Da Ponte are in many ways the forerunners of Rodger’s and Hammerstein. Indeed Lorenza maybe the first in a great tradition of Jewish librettist’s – Offenbach, Hart, Berlin, Gershwin and Sondheim. The opera poses a question: Can women be trusted? The title suggests not because roughly translated it means: “That’s women for you.”

Two young men (superbly played by Ben Wilson and Amitai Patient) are challenged to a bet by the cyclical Don Alfonso (played by Neal Davies as an Arthur Daly spiv) that their respective lovers Fiordiligi and her sister Dorabella will prove unfaithful. The plan is for the men to pretend to go to war but return in disguise to tempt the lover of the other. A partner swap so to speak.

How this unfolds is the heart of the opera. It’s a rollercoaster ride with philosophy, psychology, farce, wit, an Enlightenment doctor with a huge vibration machine and more doors opening and closing than Noises Off. This is essentially six handed. The two young couples and the two wiser and worldly Don Alfonso (putting the case for the motion) and Despina the maid (the show stealing Soraya Mafi) who educates the young women in the school of love. In “Pretty girls must learn precisely,” Despina lists the wiles woman must employ to catch their man. She is the opera’s comic life force who releases the animal spirits in Fiordiligi and Dorabella. She does it with wit, nonchalance and down to earth common sense. Her transformation into a Texas cowboy bottled up lawyer writing the marriage contracts rightly brought the house down. She is comedy gold. 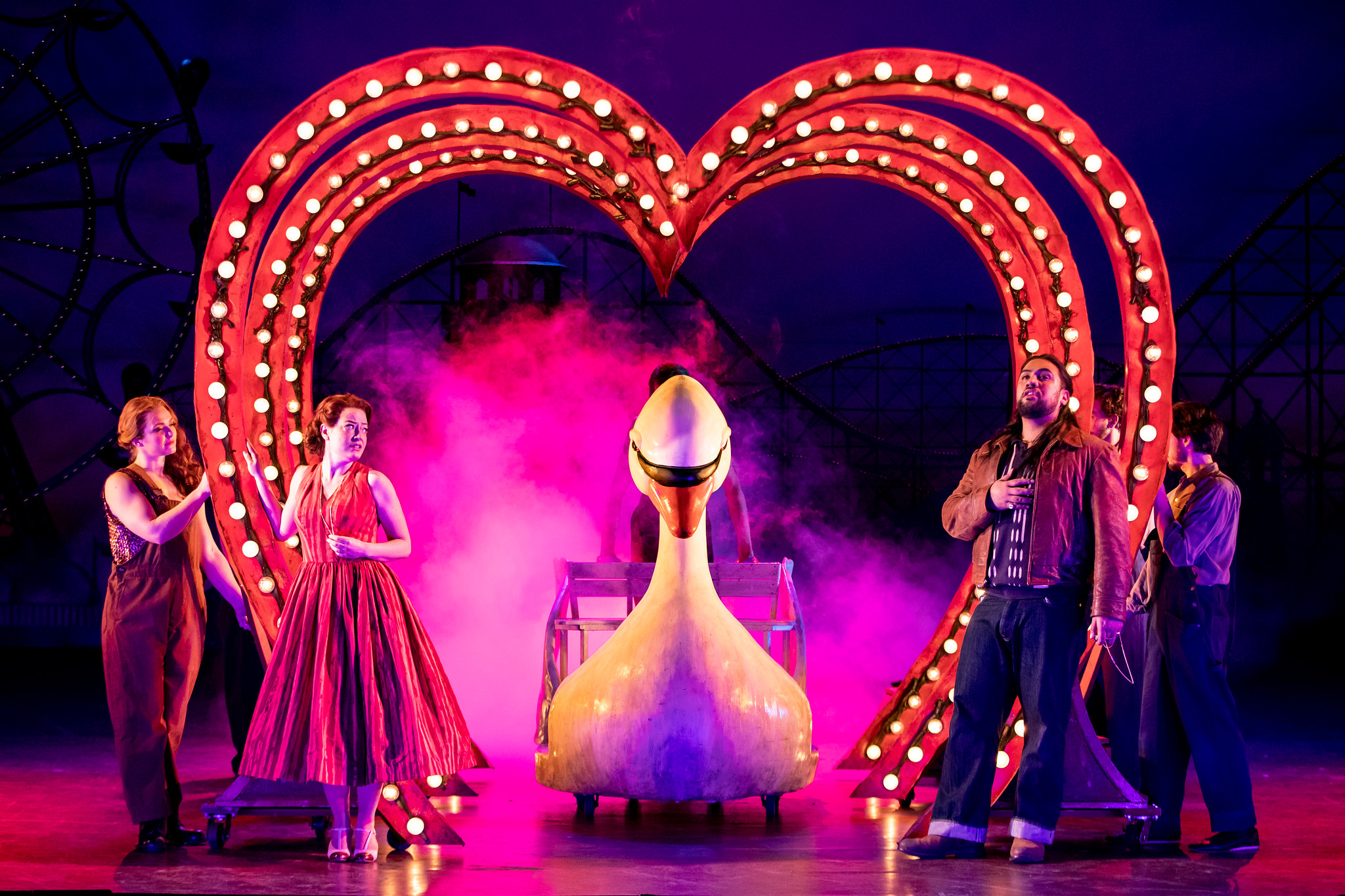 The two young men Guglielmo (Ben Wilson) and Ferrando (Amitai Pati) are at their best in disguise as Rockers with swept back hair and brown leather jackets. They accept the bet because they are super confident that their lovers would never dream of such a thing. Indeed they are already thinking of what to spend their winnings on: “ I will hire a choir of singers.” Much of the comedy and pathos springs from their naive surprise in what unfolds. Cosi fan tutte is an ambivalent, disturbing and unsettling opera, presented in a comic wrapper. The bet unleashes emotions way beyond anyones expectations. Like the dressing up box on stage Cosi opens a Pandora’s box of emotions, feelings and desires.

Nardus Williams (Fiordiligi) and Hannah Hipp (Dorabella) complement each other and make a convincing pair of sisters with matching red hair. Nardus excels in her role as the loyal one refusing, initially at least, to join Dorabella in having some fun. Her singing in the hot air ballon “Like a mountain in stormy weather” is spellbinding. In contrast Dorabella captures the irresistible momentum of illicit love. Her flirtatious “Of the two, I choose the dark one” is a delight. 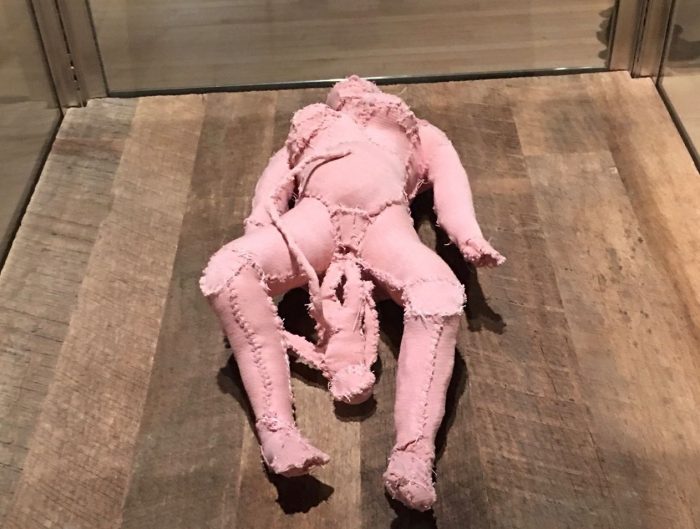 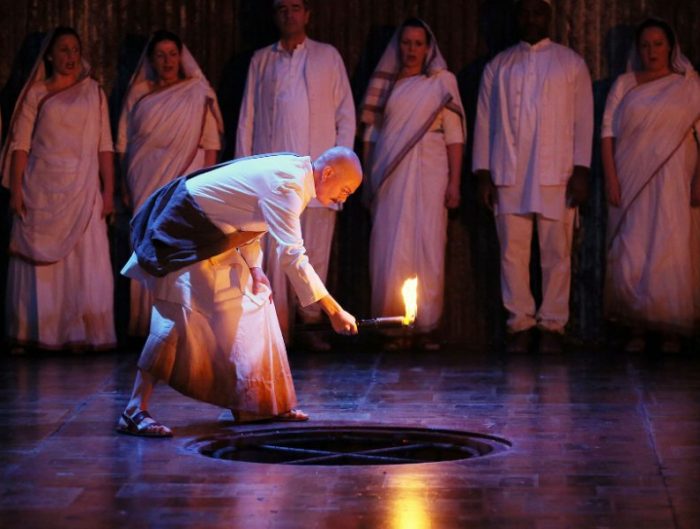