DO YOUR ADULT CHILDREN STILL LIVE AT HOME? 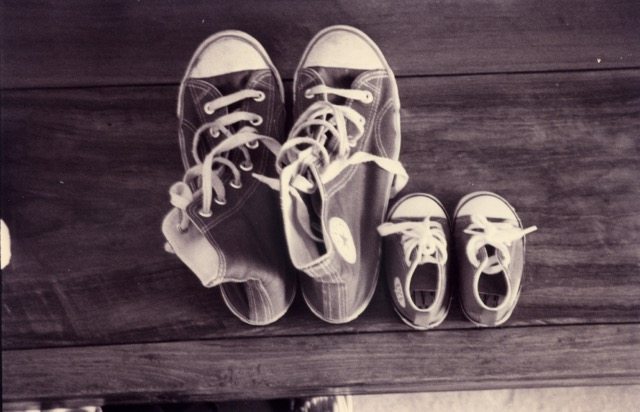 Do your adult children still live at home with you? I’m doing a little survey because it seems that just in our lifetime the whole social structure of the modern family is changing before our eyes and I have recently had a flash of inspiration for what the future is going to look like. It has become more than just a “thing” that children are choosing to stay at home indefinitely or come back home after their time at university – it is not only financially essential, but it is fast becoming the cultural norm. I have ALREADY lived with my children for collectively TWENTY FIVE YEARS longer than my parents lived with their three children!!! (that’s because they sent my two brothers back to boarding school in the UK from Hong Kong and I left home at 17). That is already more than a lifetime.

This is good and bad news for parents.

Of course, it’s different now. My parents couldn’t wait to get rid of us all – we mostly have more in common (if we’re lucky) with our children these days and conflict for us remains very low (it helps to be a single parent on this point I believe).

My 25 year old son has asked if he can move back home because the reality is that he can’t afford to rent a house in London with his mates, despite having a full time job. He wants to start saving money and the only way to do that is to cut the exorbitant rent he pays in Peckham out of his monthly expenses. I am delighted of course, but having mourned the loss of my children several times over already when they left to go to university, I wasn’t anticipating that I would have all three of them living back at home at this stage of their lives. They don’t really still have their own bedrooms anymore, I haven’t got enough space for that. I have barely got enough room for their shoes by the front door.

More than a quarter of young adults in the UK aged between 20 and 34 still live with their parents. THIRTY FOUR?? Shit, I’m not sure I want them till then. That means they might just move their partners and possible offspring in as well.

Which brings me to my crystal ball moment – there has been an overall collapse of the generational divide for lots of reasons. This together with the OUTRAGEOUS cost of housing, their huge student debts and low wages in general as well as the fact that we’re all living for so much longer means that nothing is going to change in the foreseeable future, because the millennials see no great rush to get on the rather scary grown up ladder of life any time soon. Therefore our children will continue to move back home and eventually the parents will end up moving out to tiny weeny apartments nearby, or maybe sharing with their mates somewhere else. That could be fun? A commune? Or is that otherwise known as an old people’s home? The future is clear and I’m making some plans before it becomes known as the Cuckoo Generation.

So moving forward, we have lots of issues that need to be addressed including child maintenance, rent rules, divorce laws, mental health laws (ie if your adult children live with you, should you be allowed to know what drugs they are taking?), social media laws and fridge laws (are we allowed to start leaving shouty post-it notes on the fresh orange juice etc), house rules like who takes the bins out, empties the dishwasher, makes the beds, tidies up in general, when am I allowed to play my music instead of grime rap etc.

I’m exhausted at the thought of it all. Off to write down some rules.

ALSO – what about the issue of rent?? How do you make it fair to everyone? I know some people that make their children pay quite a lot each month and become essentially their savings account for the future. I suggested that to my son and he said “no way mum, you’ll spend it all.” Fair point.

PS – in the photo of the Converse trainers, mine are the tiny ones.

Hi L. Currently 20yr old based here when not at 1st year of uni.
22yr old back here having finished uni; commuting to work daily. No rent for now but lovely he is here?
C.xX

YES – forgot about the issue of rent?? Need to add. Yes, lovely to have them I agree Lx