It’s Elvis Presley’s birthday – 8th January and he would have been celebrating his 80th birthday, instead he died at the age of 42. He was always my one…I loved him far more than all the Beatles put together or Donny Osmond or Michael Jackson or ANYBODY IN THE WHOLE WIDE WORLD and frankly his coolness lives on in a way I don’t think anybody else has ever come close to. Even in his fat, sweaty white suit days he was sexy (or maybe I was marginally deluded at that time in my life). He does however remain one of the most significant icons of the 20th Century and I still love listening to his music. “In The Ghetto” is probably one of my all time favourite songs and if you haven’t listened to the version of “Are You Lonesome” tonight where he gets a fit of the giggles you should do so. It will instantly cheer you up.

The video for “Jailhouse Rock” is still so cooooool even today and here he is in a publicity shot for it – he was only 22:- ANYWAY, I am also delighted to report that so far two people have recently noted that my youngest son has a bit of a look of Elvis about him now that he’s changing shape daily…as teenage boys tend to do. REALLY? I certainly hope so. In the hope that he continues to do so I am rushing him off to get him singing lessons immediately so that he can tour the world doing Elvis impersonations and keep me in my old age….LONG LIVE THE KING!!

What do you think? Any resemblance? 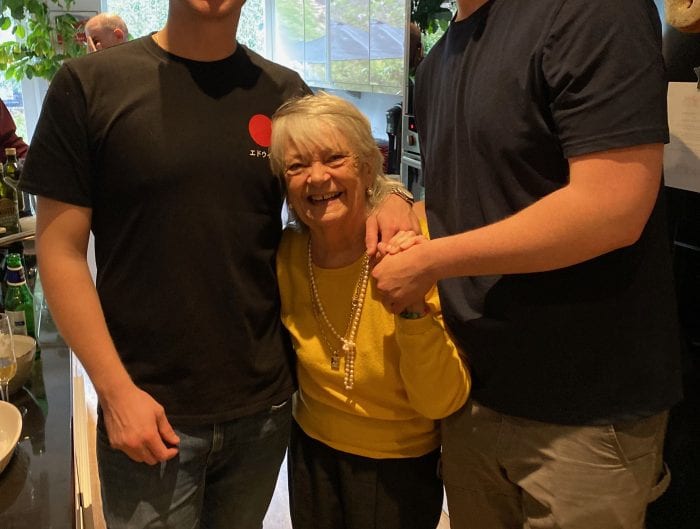