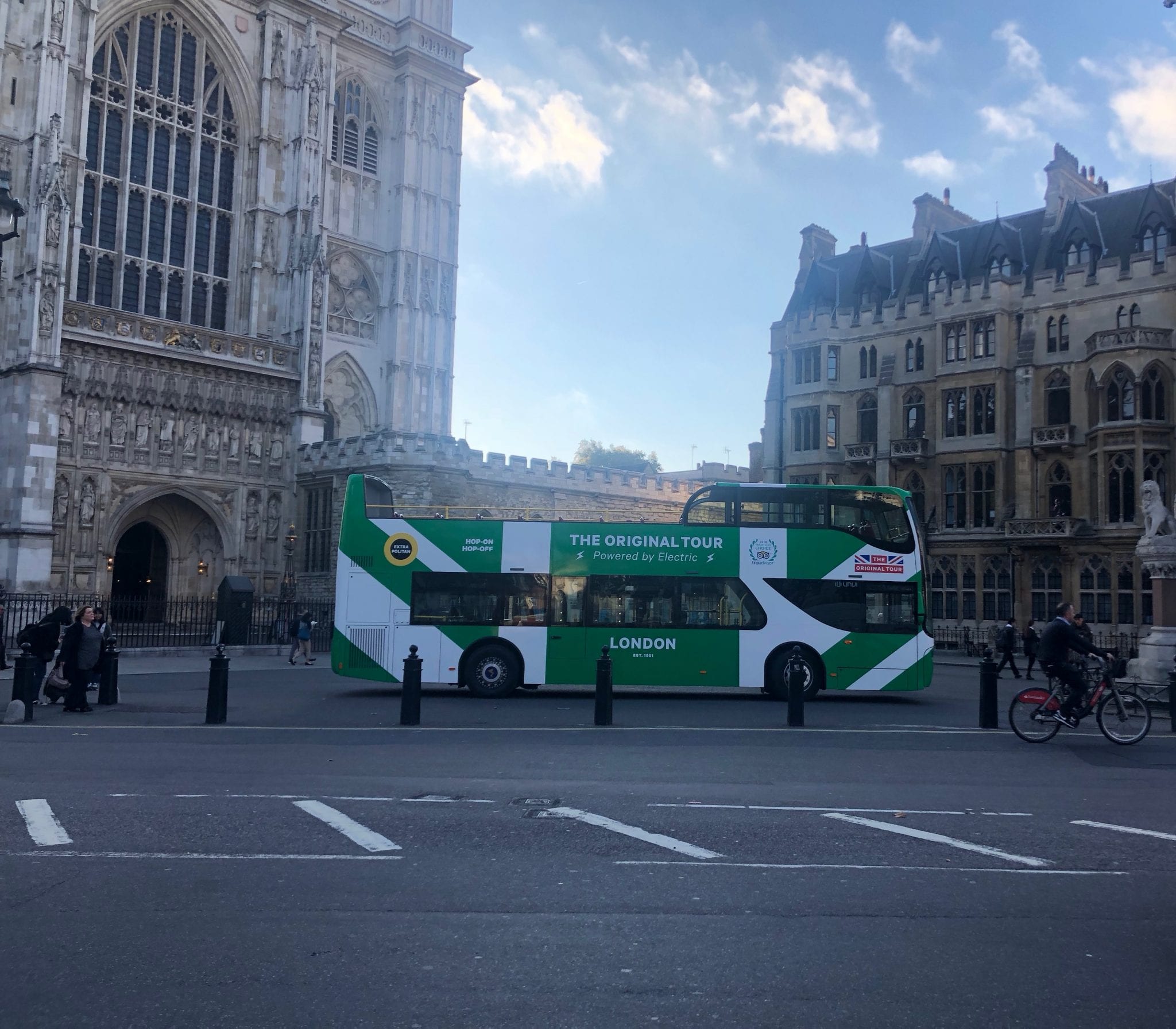 I was invited on the inaugural tour on London’s first 100% electric bus yesterday which was launched by Shirley Rodrigues, London’s Deputy Mayor for Environment and Energy. The Original Tour unveiled London’s first ever 100% electric hop-on hop-off open top bus outside Westminster Abbey. Green in colour and concept, it took us across Parliament Square on a tour of some of our stand-out attractions with a sustainable angle added in. This represents the first step in bringing zero-emission sightseeing to our capital and will obviously help reduce London’s air pollution by cutting vehicle emissions as more come into action. 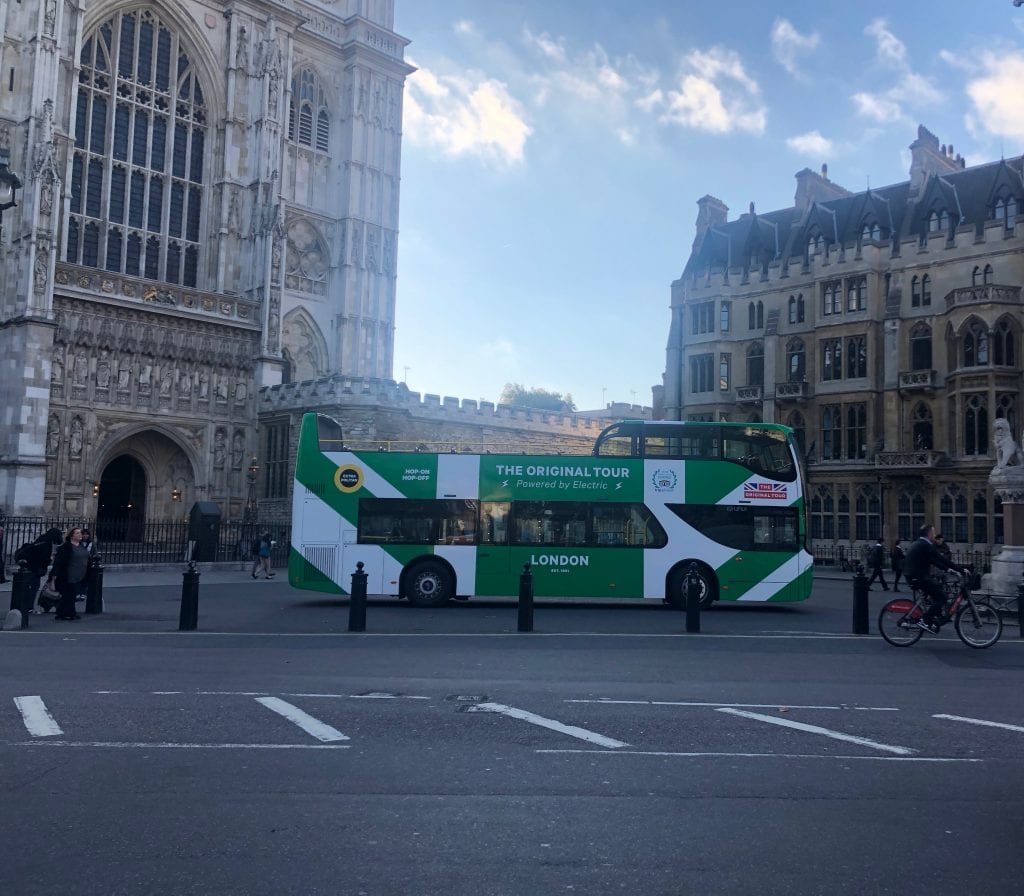 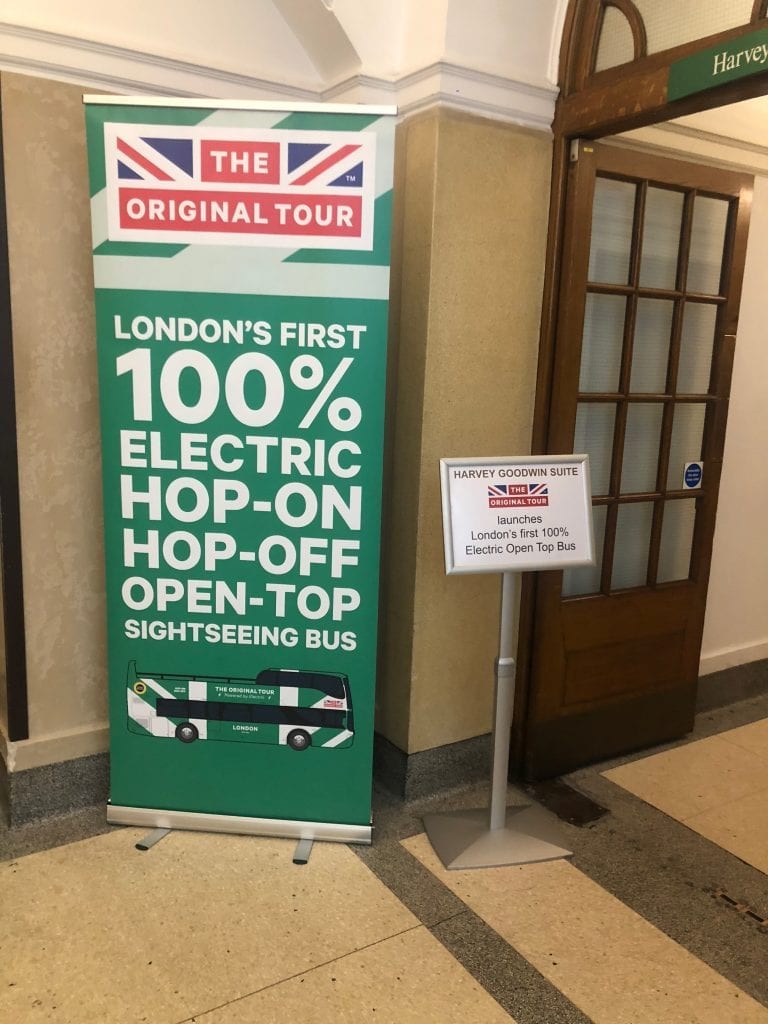 It was lovely of them to invite me – especially given my general lack of detailed interest in all forms of transportation, but as I walked there from Waterloo, it was lovely to see London aiming to improve it’s carbon footprint and it’s focus on sustainability and I was delighted to have been involved.

Don’t you just LOVE London? Here we are in October and we still have bright sunshine, blue skies, green parks, squirrels and shiny streets:- 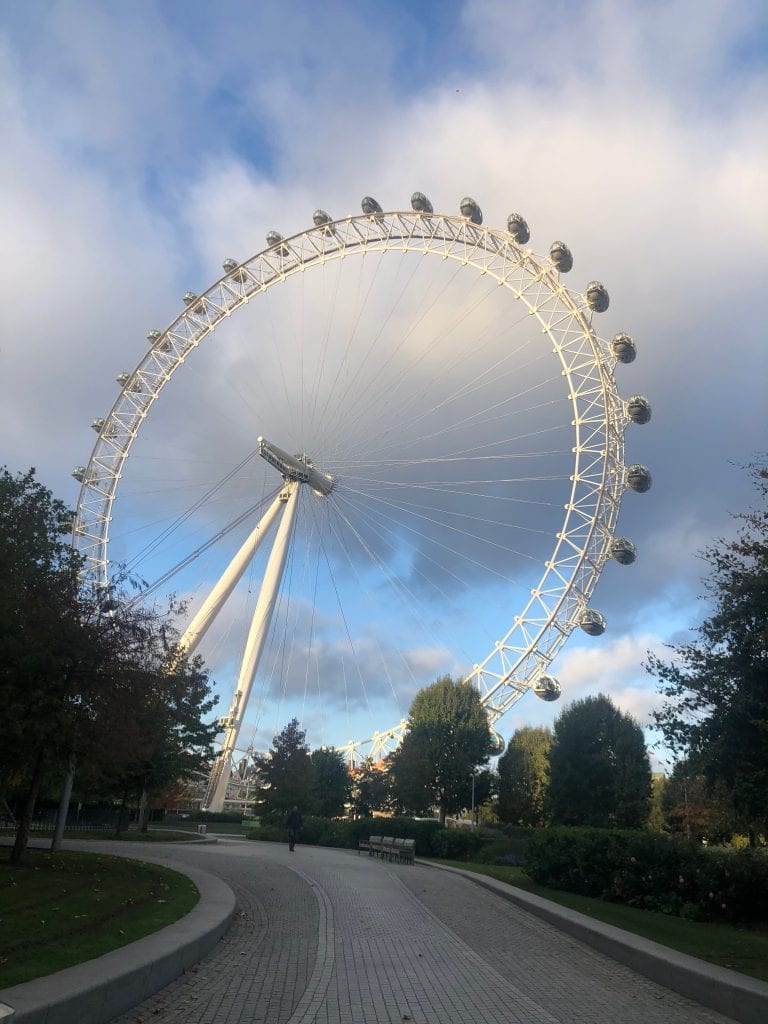 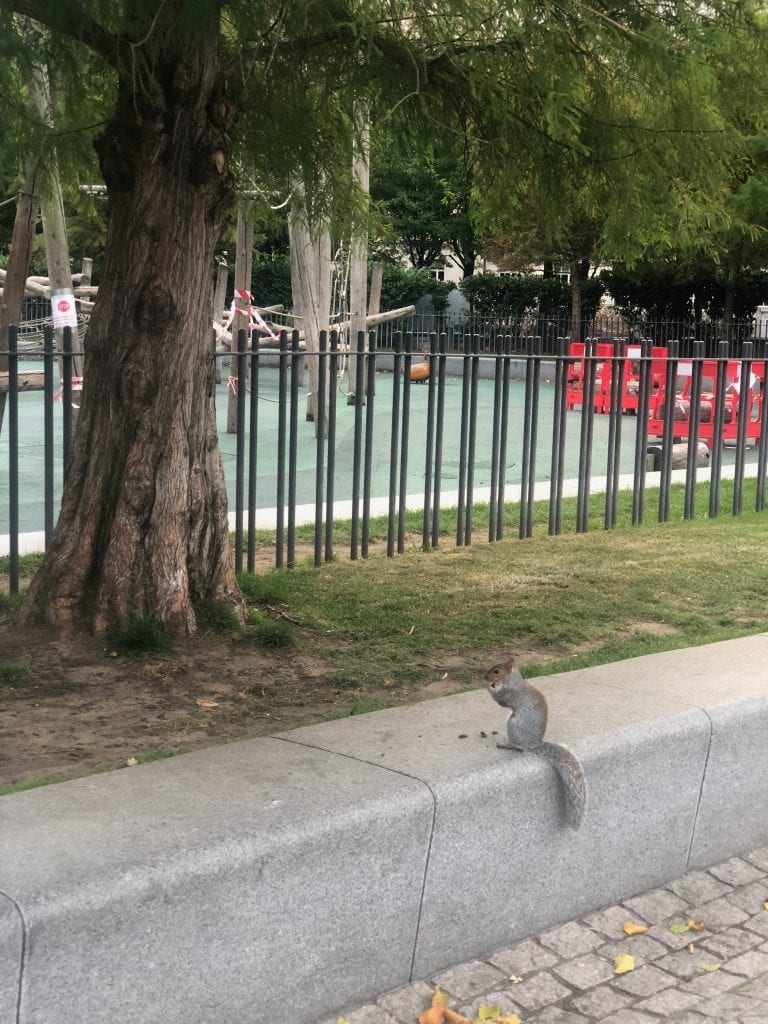 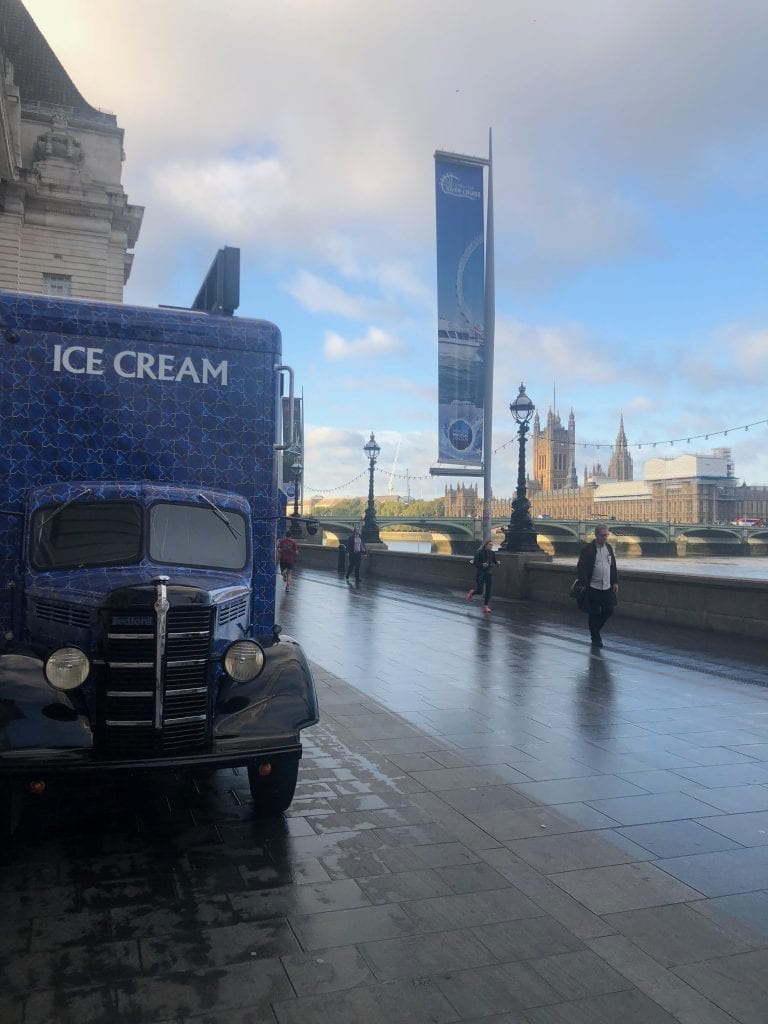 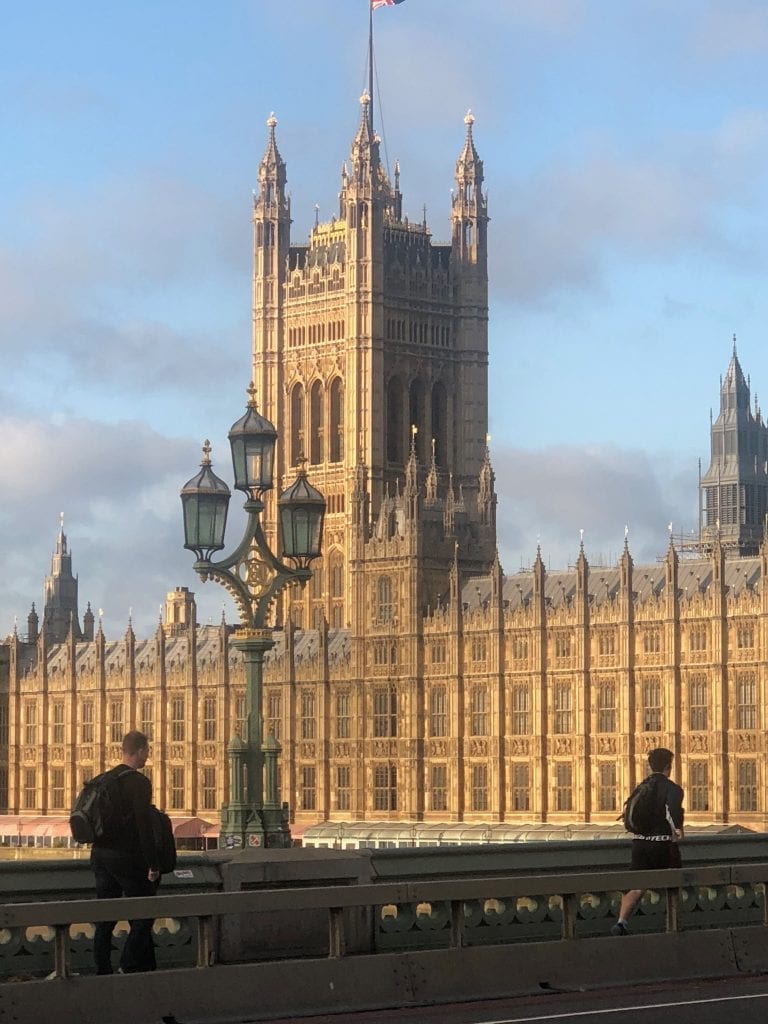 Shirley Rodrigues said “with six months to go until the introduction of the Ultra Low Emission Zone in central London, electric vehicles are growing in popularity and people are more aware than ever of the harmful pollution that older buses and vehicles can emit. The impact of medical evidence that the toxic air affects our hearts and lungs means that we have a moral responsibility to act” 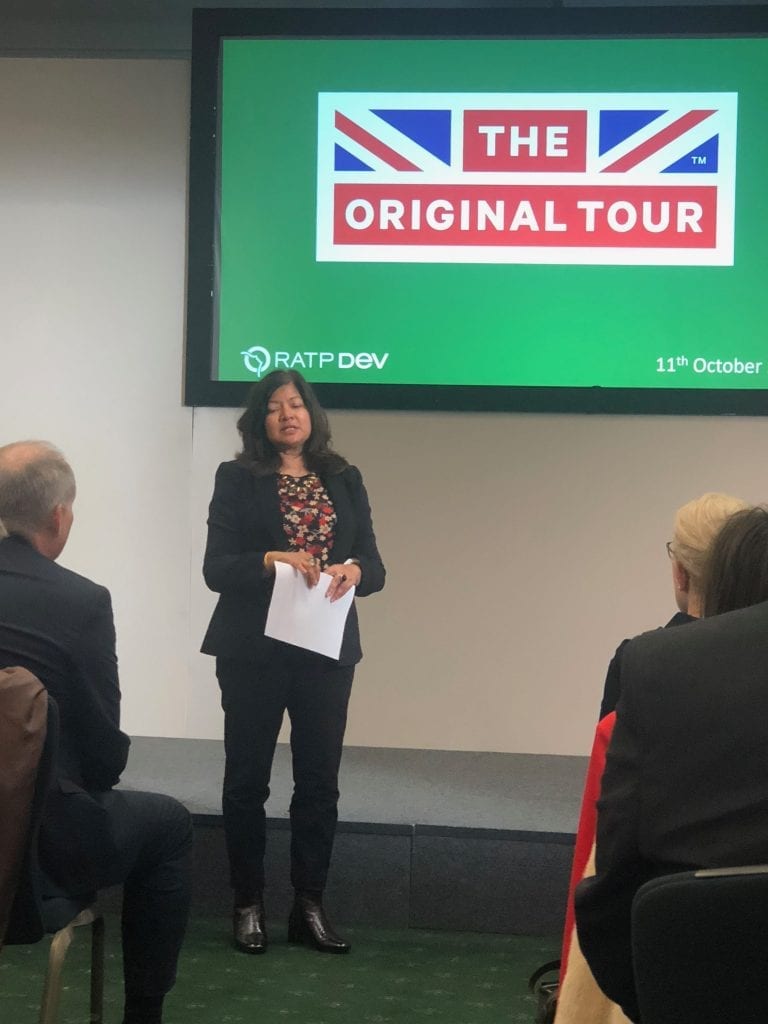 The bus was totally silent and very comfortable. It’s 12 metres long and takes 4.5 hours to charge over night. Honestly, there’s not a lot else I can say about a bus, but nevertheless it was great to be one of the first people to ride in one and it made me feel suitably eco-conscious. 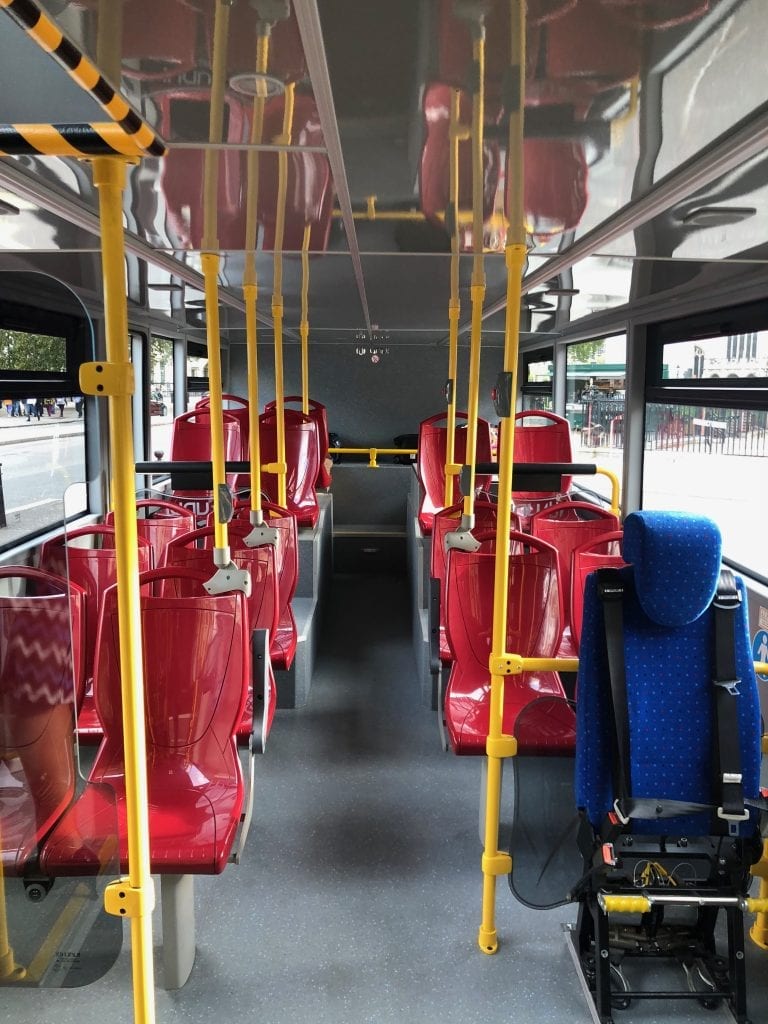 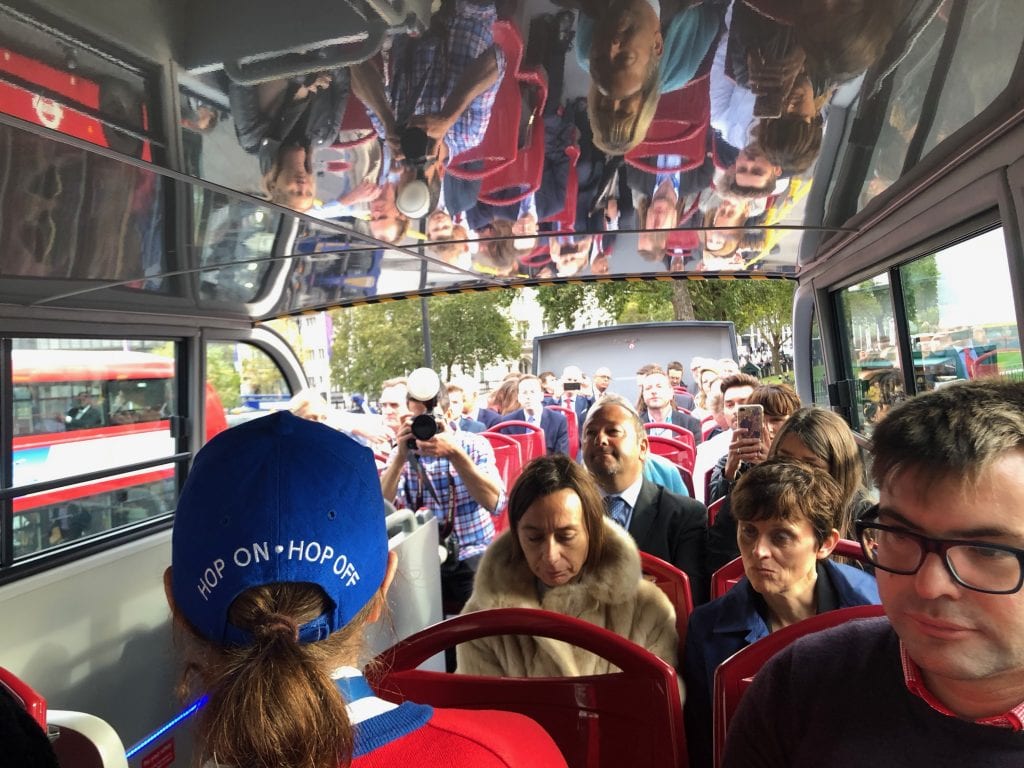 The bus driver with his new electric buttons to play with: 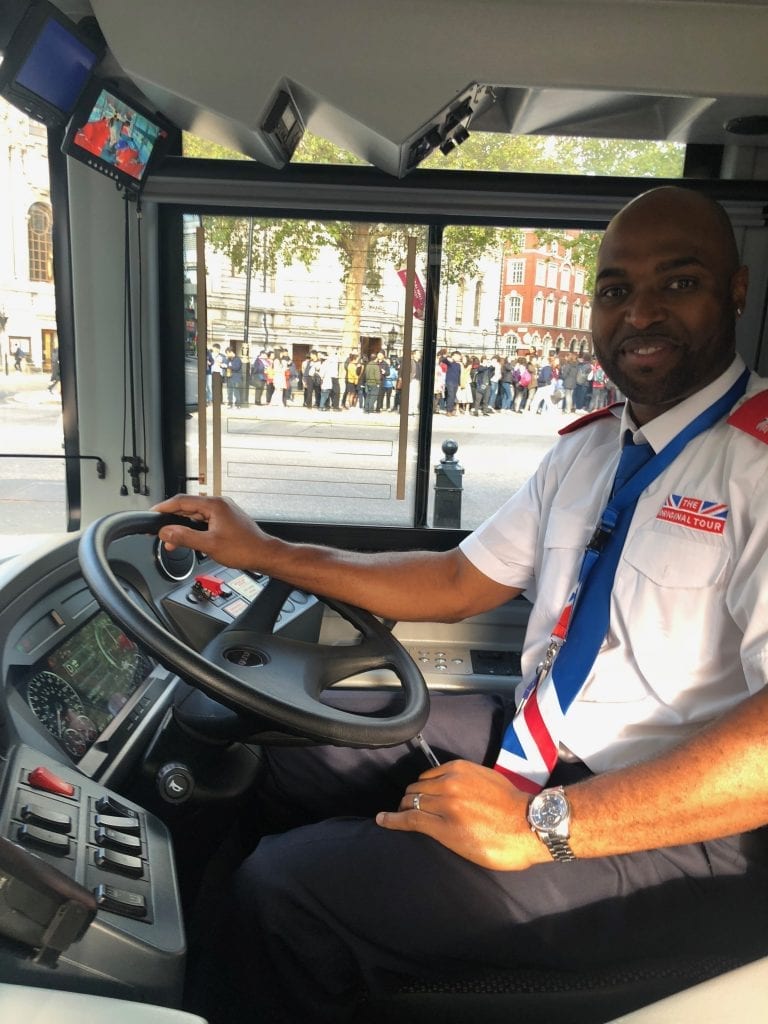 As part of its fleet renewal programme, The Original Tour will be gradually converting its buses to zero-emissions vehicles, with three more electric buses planned for next year and the plan is to have a fully green fleet by 2025 covering both residents and tourists.