What a wonderful couple of days I’ve had. Last minute decision with a friend to zoom down to The Hay Festival in Wales. My children went to stay with their father and I had a two day window of opportunity. We hadn’t booked to see anyone. Had nowhere to stay. A little bit too spontaneous for me but it all worked out fantastically well. We found a last minute cancellation at the wonderful Griffin Inn about a 10 minute drive away from Hay-on-Wye and booked almost everything we wanted to see on the way down there.

I’d never been before and this year is the 25th Anniversary. Just SO lovely to immerse yourself in all that literary genius. Pure food for the soul (if that’s not too much of a cliche – which was NOT the done thing to use in that sort of environment). Everyone strolling about even looked clever. People everywhere were reading books – in the cafes, even the people on the door of each event were reading books when they weren’t herding people in and out of venues. Just the opportunity to meet writers – what a privilege. In such an unassuming and relaxed environment. We arrived on Monday afternoon, having missed Mark Haddon and AC Graying and Stephen Fry because they were sold out – but even if you don’t know much about who you’re going to see it’s a wonderful experience. The author talks, or is interviewed or reads excerpts and then the audience gets to ask questions.

You stroll around quite a small, contained area, all very clearly sign-posted to where your next event is being held. Lots of cafes, little shops and sitting around areas. It tended to be very busy and then not at all depending on whether people were all in an event or rushing to their next one or just sitting about reading and eating:- The first one we went to see was with Raymond Tallis on his book called “A Defence Of Wonder” all about philosophy. Not something I know much about but fascinating nevertheless. As a neuroscientist and philosopher, he argues that philosophy is “articulate wonder”. He believes that spirituality, in a post religious world is entirely possible and can take place alongside science – “all we need to do is be prepared to think”.

The next one we went to was with Mariam D’abo, the ex bond girl and her husband talking about her brain haemorrhage – fascinating. I’m going to do a separate post on that. 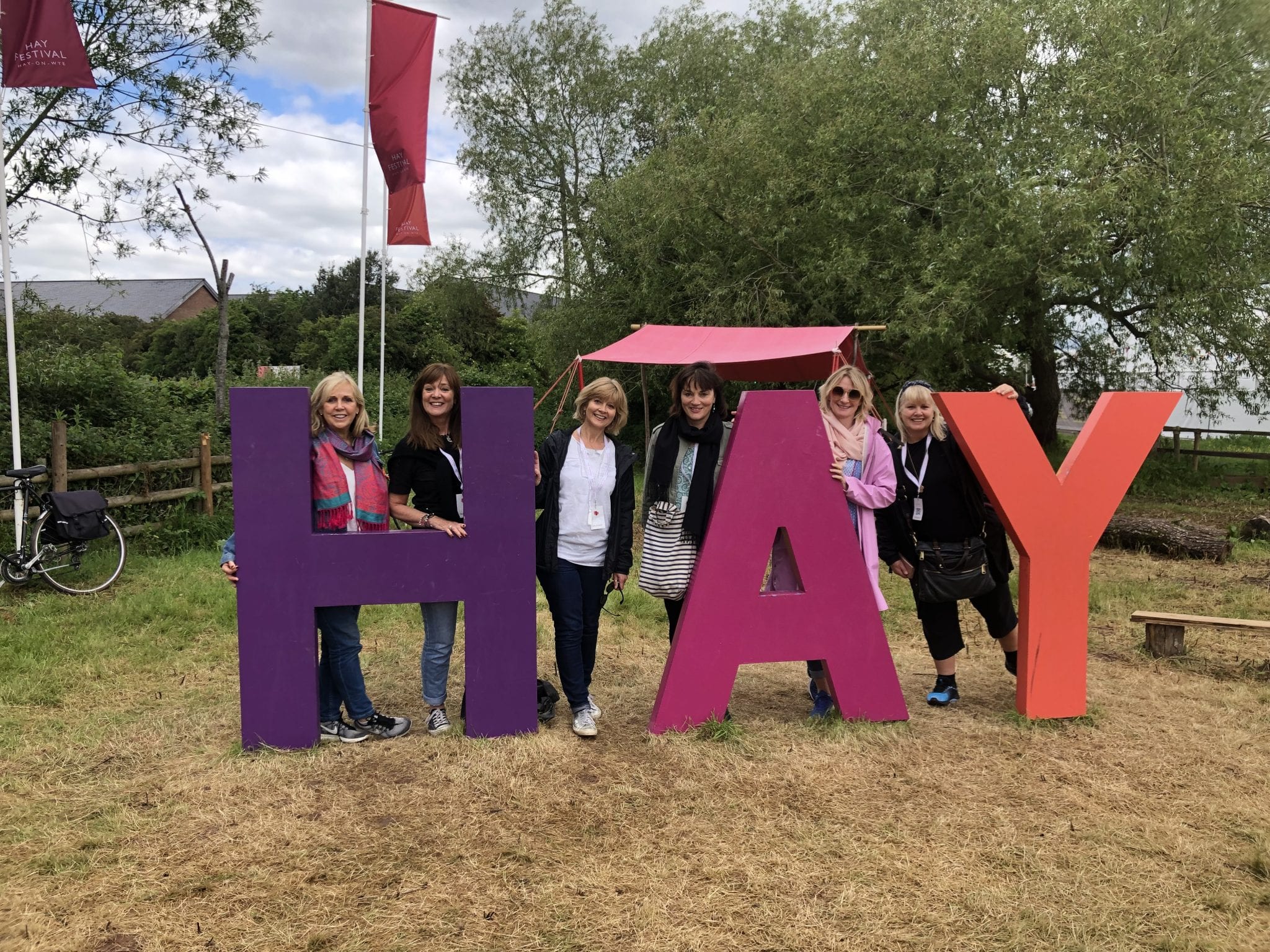