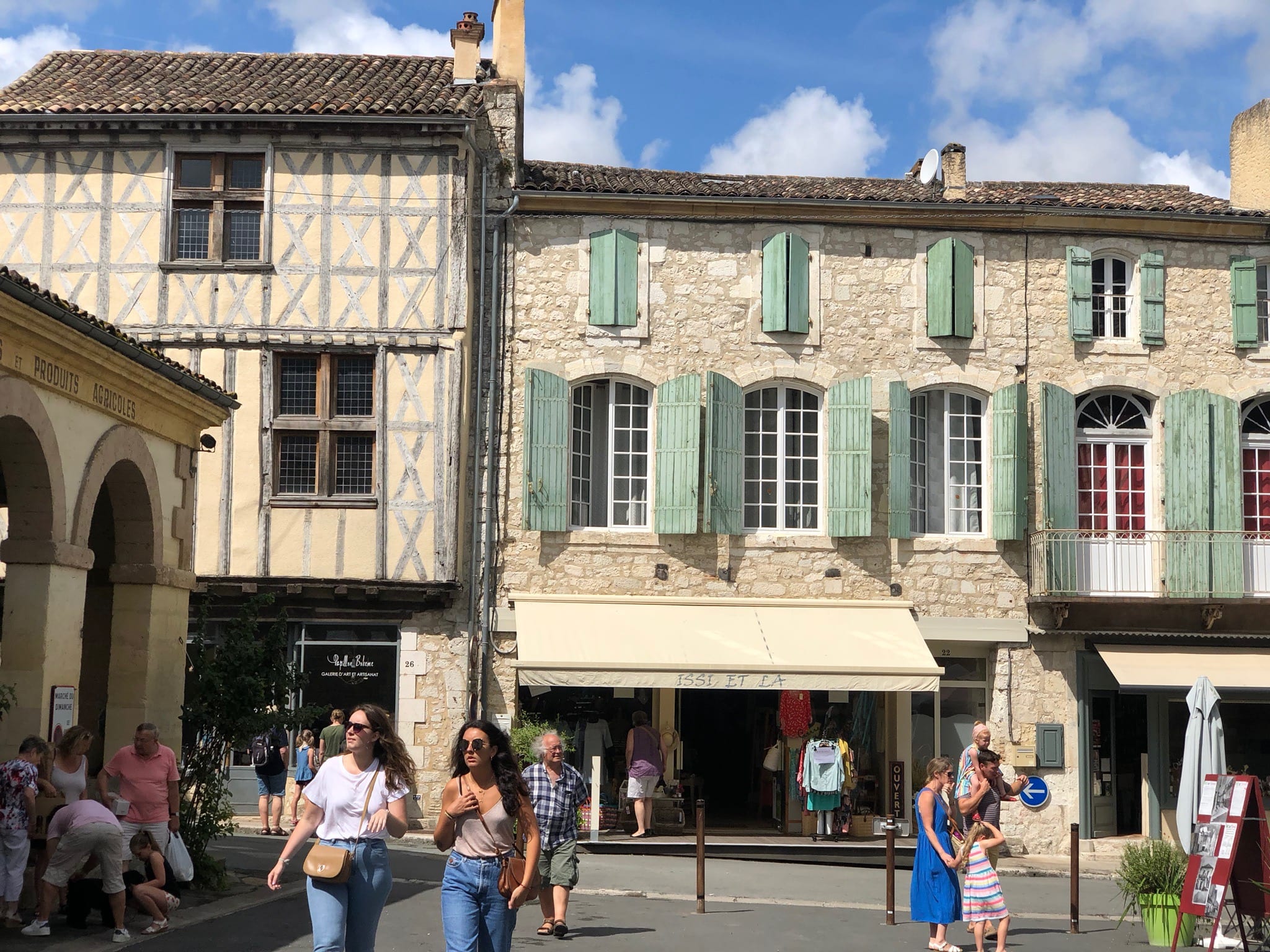 Issigeac Market, Aquitaine in the Dordogne region of France is one of the most frequented of the Sunday markets and people come from far and wide. It really is one of the most quintessentially French markets you could hope to find and made even more spectacular by being hosted in one of the prettiest towns in the area, with a spectacular church in the main square.

You do need to get there early if you want it to be manageable, however, if you’re used to the crowds of Oxford Street then it’s not a massive problem dealing with the throngs of people a little later in the morning. I think it starts earlier than 9am and it’s closing down slowly by midday – but you feel rather like a sardine having to go in the general flow if you’re browsing at 11ish.

Fruit and vegetable stalls stand side by side the oyster stall, long plaits of garlic, the nougat, the cheese, the honey, tapenade, olive oil, flowers, herbs, confiture and bric-a-brac. The bakery is crowded and they will probably has sold all their baguettes and croissants by the time you’ve reached the front of the queue, but tant pis, I have turned into a bakery addict and just enjoy watching the customers and choosing some other delicacy to have for lunch. These last three were taken on a non-market day when it is a little more empty:-