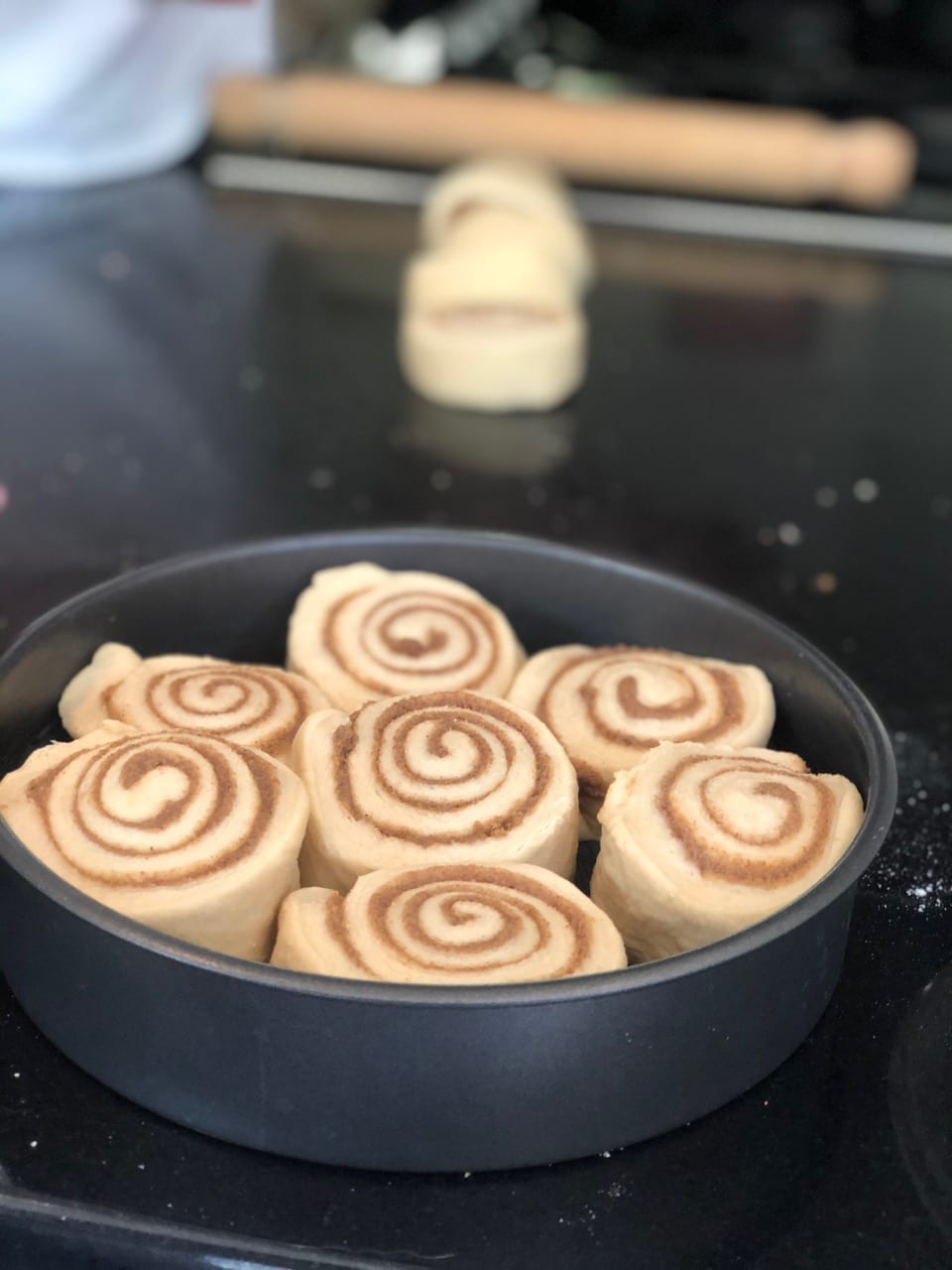 Week 6 of London Lockdown, or Day 38 to be precise.

Here in the UK we still haven’t been told about our exit strategy, mainly because Boris Johnson not only nearly died, but has just added to his every growing brood of children by having a baby yesterday. “I think he’s bitten off more than he can chew” is the way my daughter described it. I think she might be right.

I’ve got enough time on my hands to have an existential crisis, but actually haven’t written about this separately as perviously mentioned because there is nothing interesting to say about it.

There’s a storm going on outside so we can’t even really get out for our daily exercise at the moment. Tonight we will be clapping again for our NHS Workers – only 35 more claps till Christmas!

We are all overwhelmed by all the news and science coming out about this unknown killer. Still don’t know whether we should be wearing masks in public or not, the etiquette of the supermarket dance or when and how we will be released from our homes to embrace our new abnormal. It’s beginning to get a bit tetchy all round and another batch of chocolate chip cookies is soon not going to cut it.

It’s Captain Tom’s 100th birthday today and he’s been promoted to Colonel and now raised over £30 million. What an incredible feat.

Meanwhile, at the Furlough Arms, we are still coping as I hope everyone else is. I have been binge watching Normal People as a form of escape and enjoyed it a lot more than the book by Sally Rooney – it’s really well produced and just a wonderful portrayal of young love. Intimate, emotional, passionate, tragic – the two main protagonists are brilliant and we’re all a little bit in love with Connell.

7.30am Sleeping getting better, but that’s because I have discovered that the more wine I drink before going to bed, the better I sleep. Sent this one to friends, so had quite a lot of wine:- 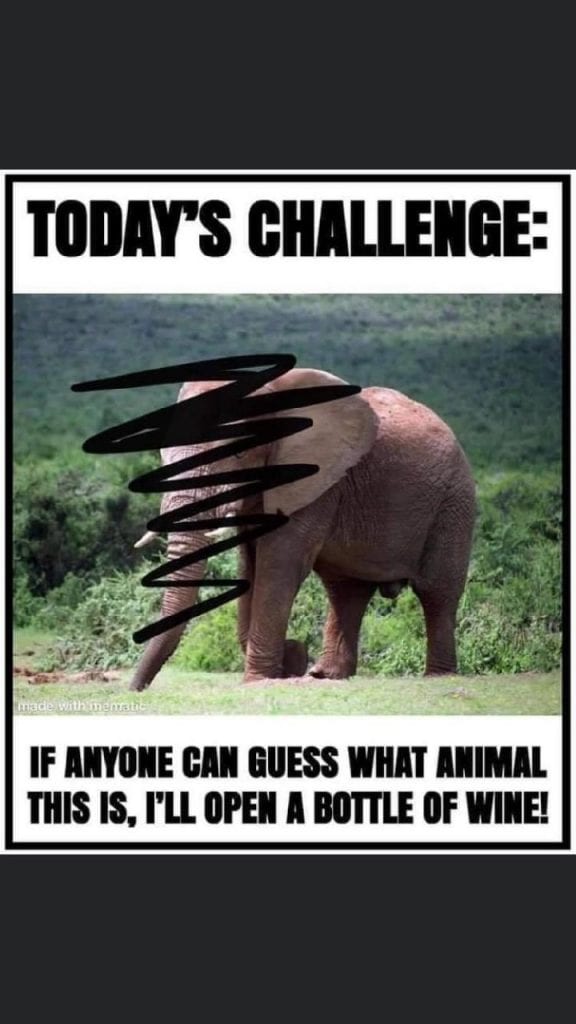 8.00am Get up. Head downstairs to do all my boring domestic drudgery.

Literally no idea what I’ve been doing with the rest of my day…shopping, walking, cooking, cleaning, reading, worrying, the same as everyone else. No update on anything new although have done another Pilates session with my son. He’s too tall for the space we’re doing it in and also commented that it was much harder for him to lift his legs than me because they were so much longer.

Kids made Cinnamon Buns this week – fun to watch them do it – dental floss is involved! 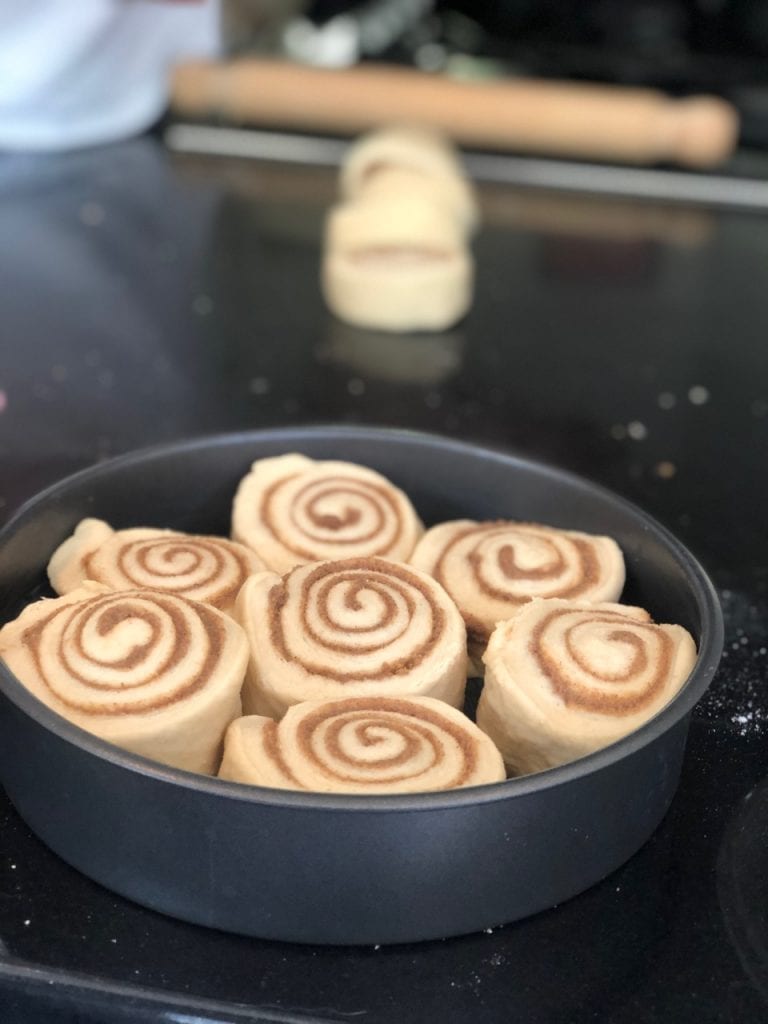 Had to video myself dancing in the kitchen to a song to send a friend for her birthday. Was a request from the family to do a suprise dance compilation of all her friends. Most people had their partners to dance with. I looked like a total sad idiot. Process not helped by doing the whole dance the first time before realising I had failed to start the video.

6pm Drink time! Our family night went well. This week we played Bananagram’s which was fun, although I seemed to have a lot of words like “c*nt” and “tits” whereas the children had words like “bespoke” and “possession” so I think I might be losing the plot. As it was my son’s choice for takeaway, he chose Wingman’s – chicken wings, that’s pretty much it – I don’t really get the appeal to be honest, too many bones. I said he could use my card and he inadvertently ordered them on my company credit card which was not good.

Did another Family Zoom call on Saturday evening that went well. Although my mother did of course comment on my hair and suggested that now might be the time to go grey. I knew she’d say that.

Kids go to bed and I watch the new UK No.1 video of Captain Tom and Michael Ball and the NHS Voices of Care choir singing “You’ll Never Walk Alone”. That song is so moving anyway, let alone with the dulcet tones of the Captain (now Colonel) thrown in. So I allowed myself to be moved and joined in the singing with the choir:-

Then I got this from my daughter:- 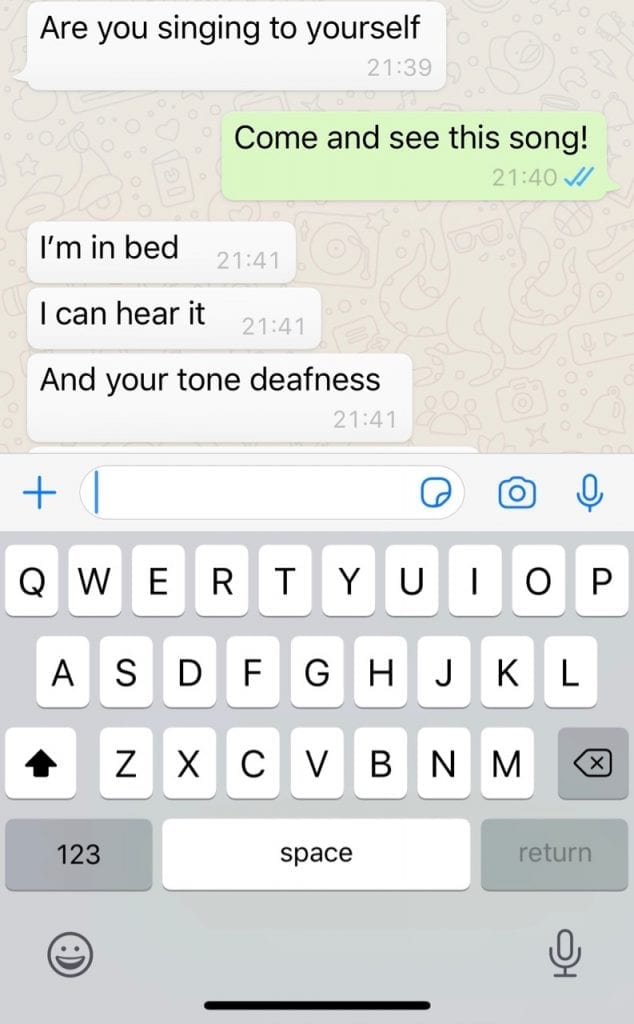 Anyway, the good news is the tulips are still going strong and we are still all getting lots of enjoyment out of our cat! Sad times indeed:- 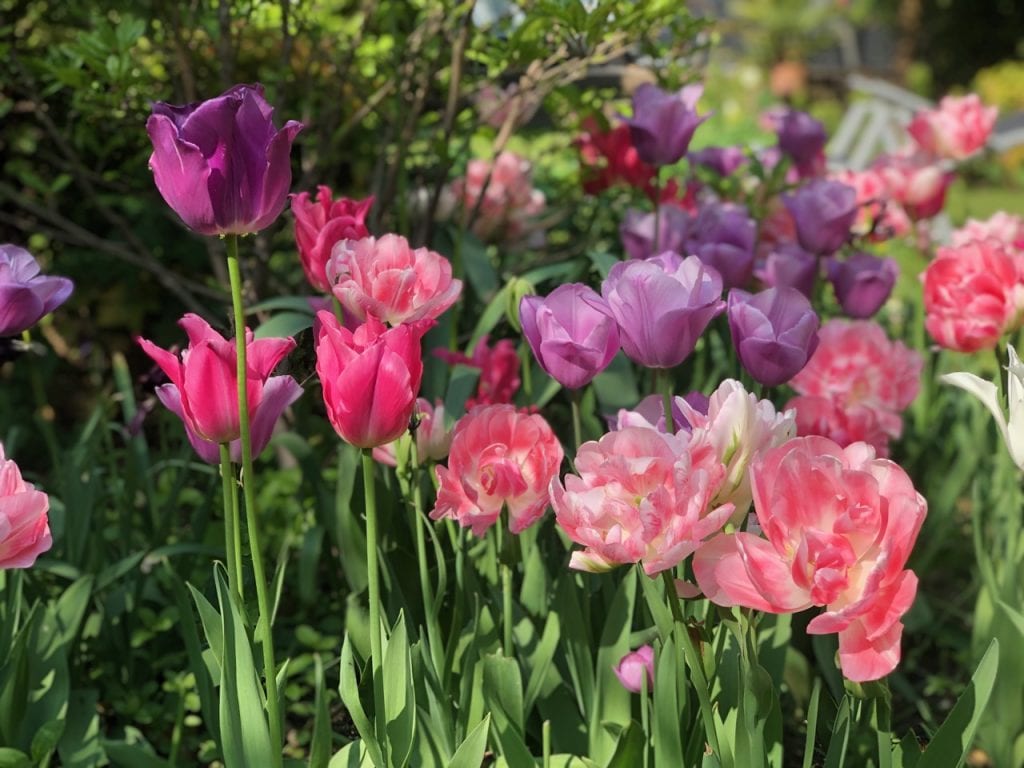 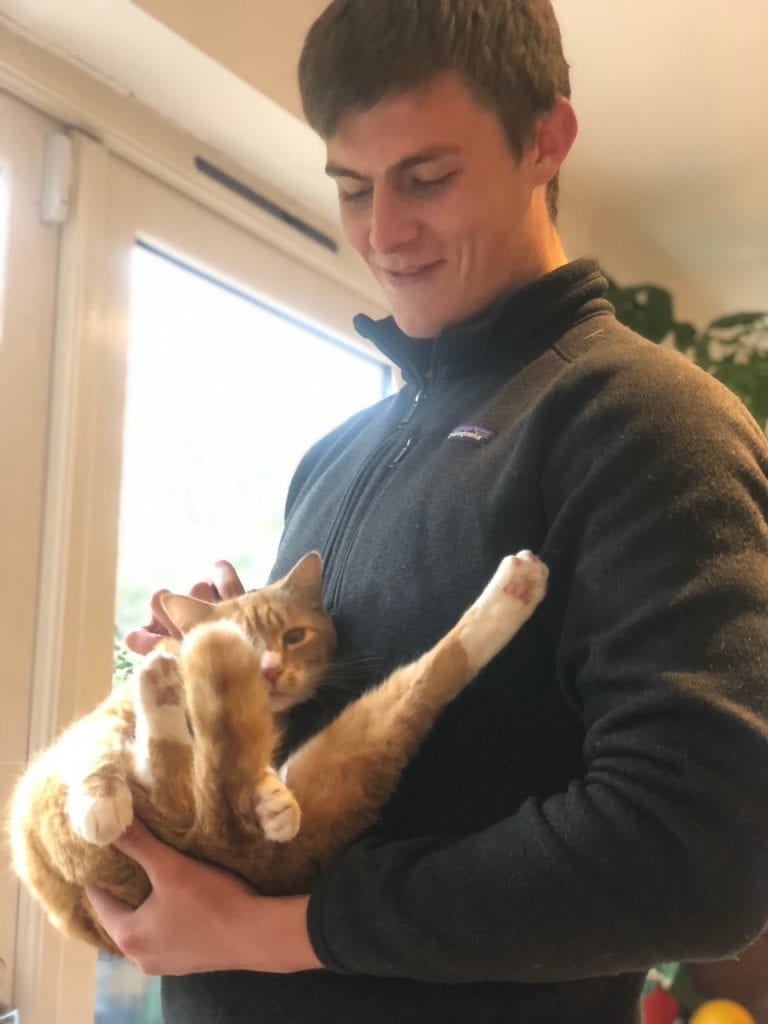 Other than all that I have nothing to report. 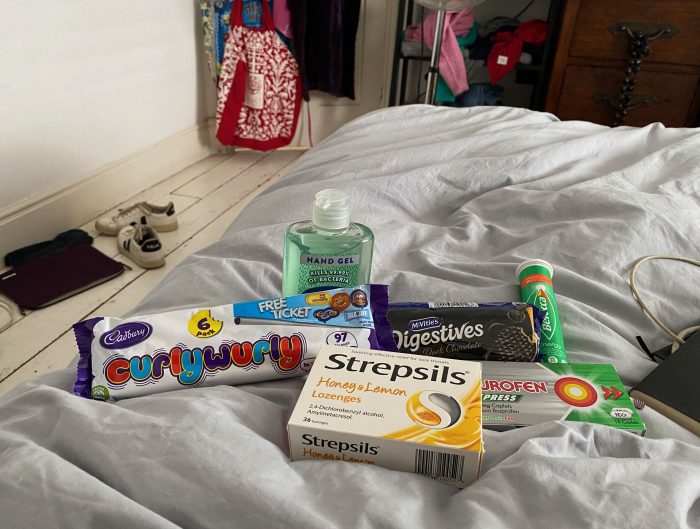 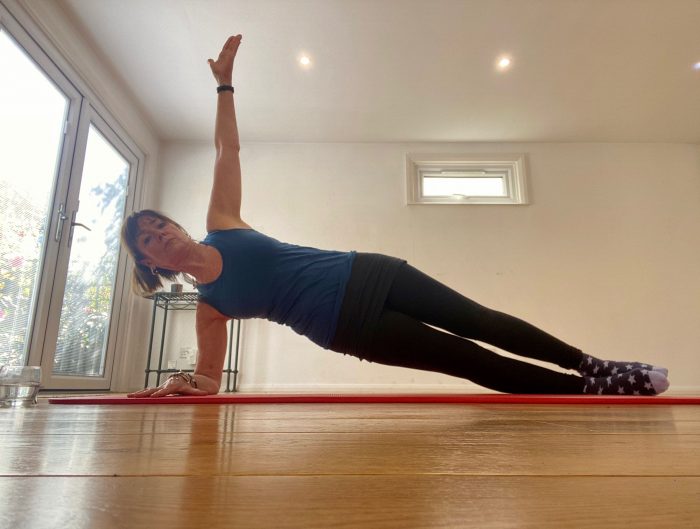 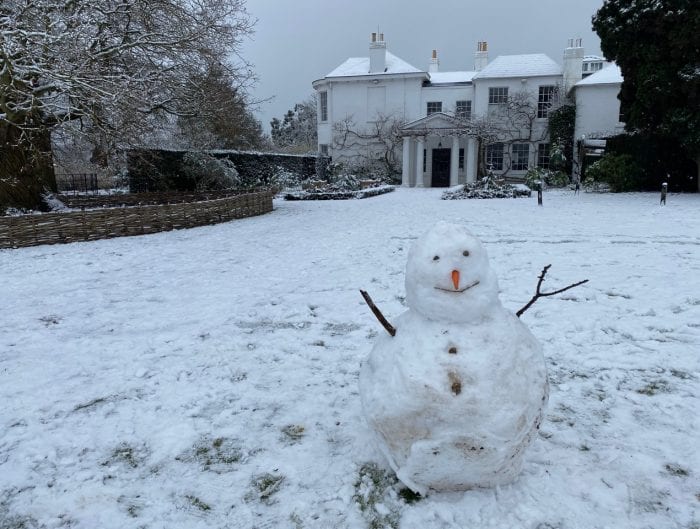