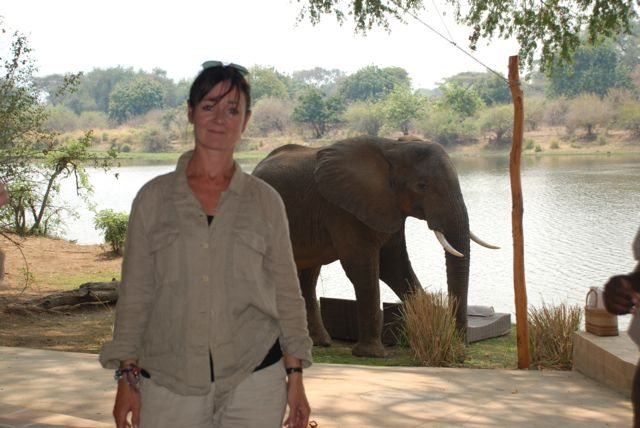 You might guess from my header that I am a passionate lover of elephants.  More about that later as I’ve managed to secure myself lunch with somebody very interesting to discuss their plight….

But in the meantime, here is a reminder of how amazing I think they are and what we need to get behind to help secure their future.  Come on David Cameron – make a difference tomorrow:-

Wildlife experts have been gathering in London over the last few days to demand action on saving the planet’s elephants and rhinos and then tomorrow, 50 heads of state have been invited by David Cameron to a conference in London to address the negative and growing impacts of the illegal ivory trade and other wildlife parts. Lets hope they agree on a strategy for tackling this illicit trade because the current rates of illegal killing of elephants are unprecedented.

Recent figures suggest that up to 12% of all of Africa’s elephants were illegally killed in 2011 alone. If these rates continue, elephants could disappear from the wild altogether in our lifetimes. How awful is the prospect that children born this year might only see the world’s mega fauna in picture books, marvelling at the curiously shaped elephant and rhinoceros as we do regarding the Wooley mammoth.

There is also growing evidence that the illegal trade in ivory is being led by organised criminal gangs, contributing to war and terrorism on the African continent and beyond. It presents a unique opportunity to secure the international political will to stop the alarming decline of Africa’s elephants. Therefore it is hoped that participants of the conference will bring an end to the illegal killing of elephants in Africa through the following actions:

Provide better training and resources to rangers on the ground to protect elephants.

Stop demand by educating consumers, particularly in Asia, about the catastrophic impacts that buying illegal wildlife parts has on both wildlife and local communities.

Implement adequate laws and legal punishments for those involved in the illegal trade in ivory.

Uphold the existing ban on the international trade in ivory.

The killing has gathered pace in the last five years, but it is not too late to save the last of these beasts in the wild. Much rides on what happens this week in London. David Cameron and the Duke of Cambridge will host representatives of 60 states, including China, in the largest-ever conference of its kind to try to stop the £11.5bn-a-year industrial slaughter of global wildlife. The profits are so colossal that militias and terror groups have taken a stake – destabilising the countries involved and visiting fresh horrors upon their people.  The high price of ivory in Asia has created this horrendous demand.

“We have to be the generation that stopped the illegal wildlife trade and secured the future of these magnificent animals,” William said yesterday in a passionate video appeal with his father (lets ignore the fact that he was out fox hunting just a few days before).

Can you help by signing the petition on the Independent website to help stop the poaching crisis once and for all?

Or check out the charity called “Space For Giants” who are working on the ground every day to secure a future for elephants, the places where they live and the other species that share their range.