POSTCARDS FROM INDIA: PORTRAITS OF KOLKATA

POSTCARDS FROM INDIA: PORTRAITS OF KOLKATA

As far as photography goes, I have been an enthusiastic amateur since I was about 20 when I bought my first ‘proper’ SLR camera – an Olympus OM10. Since then I can’t begin to calculate how many photographs I have taken – many, many thousands I suppose. Portraits have become a particular interest for me – I love taking pictures of people, and close up too (much to my children’s annoyance). What any portrait photographer is trying to achieve, whether professional or amateur, is a stunning image where all the elements of a great photo come together – composition, lighting and captivating subject matter. I think Steve McCurry achieved this with his iconic photograph of a young Afghan girl in a Pakistan refugee camp. This image appeared on the cover of National Geographic magazine’s June 1985 issue and became the most famous cover image in the magazine’s history.

The photo is so simple. Even without knowing where it was taken or who the girl is, you can read so much into it. Her eyes are captivating – it’s hard to look away from her. However, we’re not allowed to show it – even with a credit, so you’ll just have to look it up yourself if you don’t already know it!

Here are a few of the portraits I took in India. None of them are as compelling as Steve McCurry’s extraordinary image but each tells its own story of life in the villages I visited in rural West Bengal.

First up, three very beautiful little girls. Portraits work best if there is a natural highlight in the eyes and that has worked well in each of these photos. The glint of light in the eyes really draws you in. Here’s a cheeky little boy who wasn’t so confident about having his photo taken. Somehow, despite not seeing his eyes, you can still tell that he’s smiling behind those little hands. Most of the people I was photographing on my trip were very aware of my presence and happy to pose for me. I could ask permission first which did ease my conscience – not everyone wants to be the subject of a photo taken by a stranger with a big camera and zoom lens. I always made sure to show them the image on the camera afterwards. The women were usually shy and coy about seeing themselves and presumably not used to the experience. They need not have worried….as you can see, they look gorgeous! You can’t always stop and ask permission before you take the photo you want. Sometimes you just have to capture what you see, before your subject is aware that they are being photographed. This can be an uncomfortable moment and I question what right I have to take the image, particularly if the person will never see the end result. The next two photos illustrate the point….. The lady in the next one heard the shutter and turned round as I took a second shot. She looks rather startled, less than happy. I immediately said hello (nomoskar) and thank you (dhonyobad) – the only two Bengali words I had learned – and she gave me a beaming smile for the next photo! Finally, just to show that I did take some photos of the men too, here are a couple of interesting faces…. 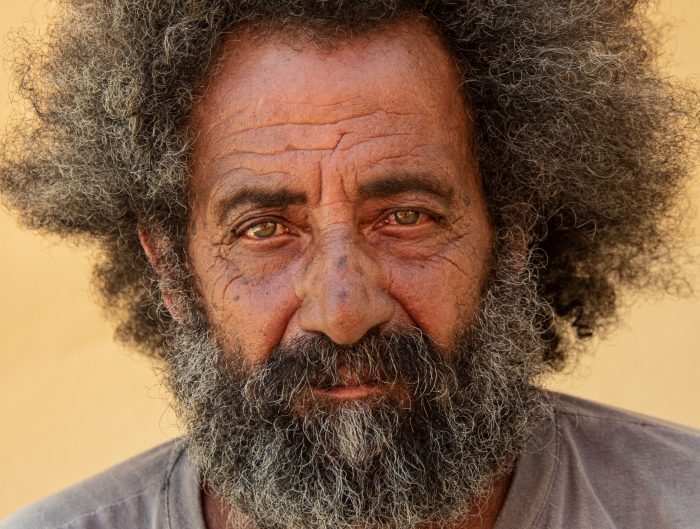 Is it possible to get copies of your lovely photos?
Kind regards
patricia

I will put you in touch with the photographer and she can let you know. Lx