Not going quite according to plan. For a start I’ve just had to go and check how to spell “Screenplay”. One word or two? You’d think I’d know that by now.

Our power breakfast went spectacularly wrong with orders getting confused and food not arriving and us being too scared of the waitress to change the order even though my friend could have had a potentially disastrous reaction to the apricot jam – well disastrous in that her face swells up when she eats apricots and looks really unattractive…..the experience culminated in her dropping above mentioned jam all over my shoe and us bumping heads when we both went to clean it off at the same time.

We are developing our characters, but worried about losing all our friends in the process. Obviously nobody in our film will be based in any way, shape or form on somebody we know either living or dead – or even living dead, or whatever you say and since my brother has recently been awarded a part share in an Oscar for his blood and guts makeup we are thinking that we should probably change the plot from a rom/com (that is “romantic comedy” for any of you not in the know with the professional screenplay writers) to horror – proper “living dead” stuff, which in our case should be quite easy to do because we haven’t written most of it yet.

We ate lunch whilst watching films in an attempt to copy key ideas. We then tried to get our head around the difference between beats and scenes and to try and remember that one page of a screenplay is the equivalent to a minute of film footage – hence it can’t be longer than 120 pages. So far we are on page 5. Short film.

Also we might have to start again on the basis that I have decided that Liam Neeson has to be in our film and we haven’t yet written him a part. 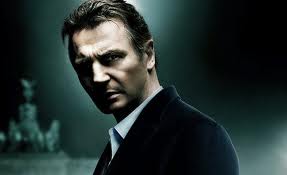 NOW after all that work my co-writer has buggered off on holiday. I am left in charge of “getting on with it” in her absence which isn’t really working very well so far. I feel the need to disappear for a month with no distractions and that is never going to work. We’ll never get to page 6 at this rate.

A screenplay! The glamour! So envious x

Procrastinators of the world unite – eventually!

Hmmmm, it’s not going so well is it. I’m hoping this is a momentary dip in the ideafest. Have you tried watching the films with the directors commentary. Seriously, Nemo is really interesting listening to the animators talking. I watch all th epixar/disney movies this way. I think it would be a great distraction/help. I’m also a bit miffed you still haven’t shared the final handbag decision. As a major contributor (you’ve no idea how much time I waste thinking about it) I feel I have a right to know and I expect full credits for all my thunks in your Oscar speach :0)

Yes, sorry – still undecided about which shiny bag to buy and embarrassed as turning up with inappropriate bag wear for screenplay writers…..Lx