STRANGERS ON A TRAIN REVIEW AT RICHMOND THEATRE 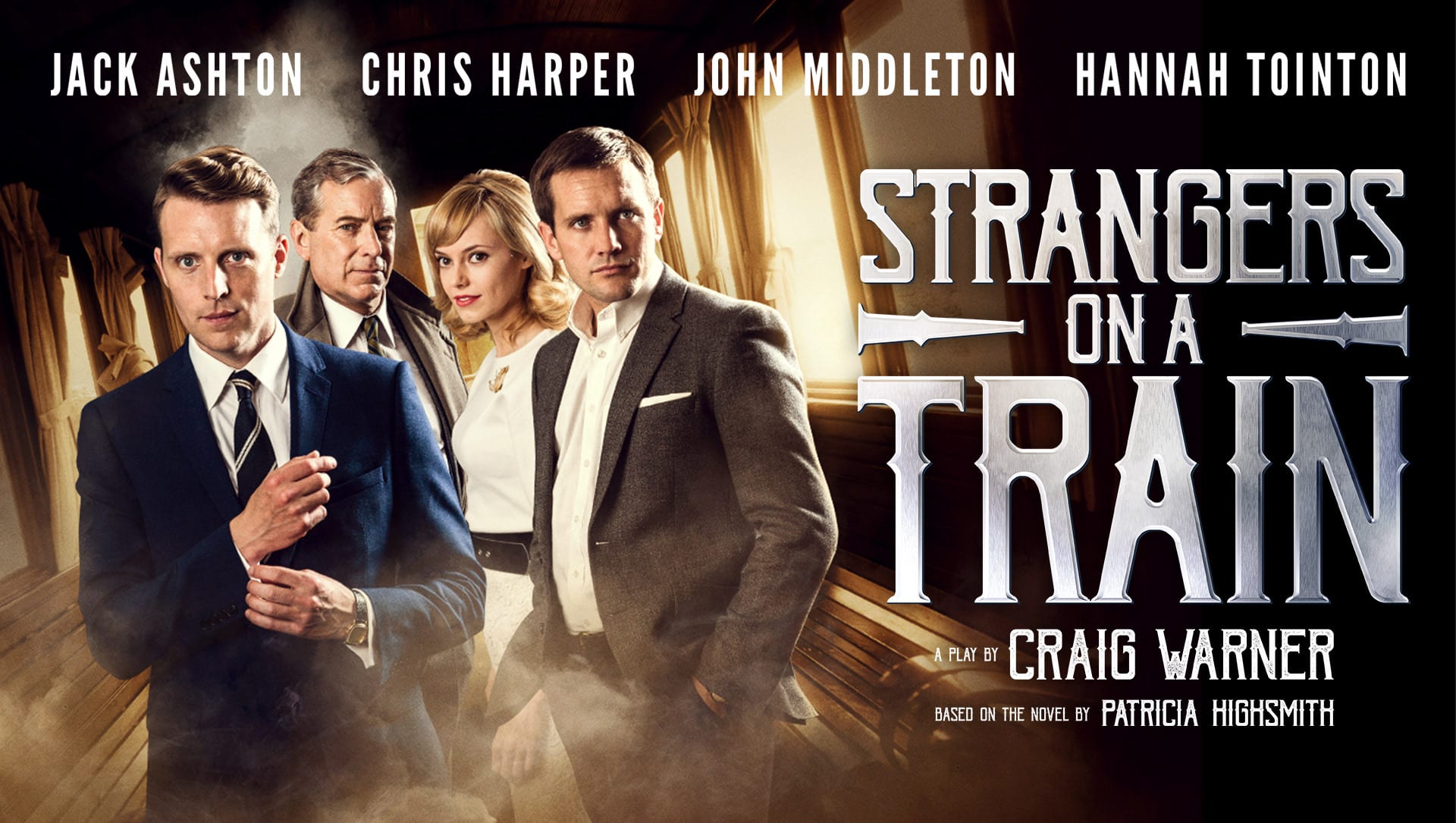 The Richmond theatre is a two minute walk from Richmond Train station. You can travel by the District line on the underground – the title as it so happens is of a Dostoevsky novel, “London Overground”, which starts in the East and ends in the West at Richmond or South West Trains. I mention this because “Strangers On A Train” is showing all this week at Richmond Theatre. So it would be apt, I think, to travel by train to see it. It would certainly put you in the right frame of mind to see this brilliant crime thriller which begins when two strangers meet on a train. Most people will of course know the Hitchcock film made in 1951 but that version missed the point. The version now showing at Richmond Theatre puts that right. It does so by staying true to the novel it’s based on, written by Patricia Highsmith. As Graham Greene put it so well, Patricia Highsmith creates a “world with no moral endings”. Hitchcock glossed over that presumably from pressure from Warner Brothers and the Hollywood imperative to reach middle America. Luckily for us, the theatre doesn’t work to such constraints and so we can experience the disturbing but exhilarating world of Patricia Highsmith.

Patricia Highsmith was born to be a writer. An outsider all her life, she was fascinated by people and psychology. She led a troubled life, earning her living as a freelance writer. Her mother tried to abort her by drinking turpentine, later telling her “it’s funny you adore the smell of turpentine, Pat.” Perhaps this early experience goes someway to accounting for her lifelong alcoholism and the creation of the alcoholic Charles Bruno in “Strangers on a Train?” She wandered around America and Europe and died in Switzerland – that magic mountain retreat for writers – think of James Joyce in 1995. 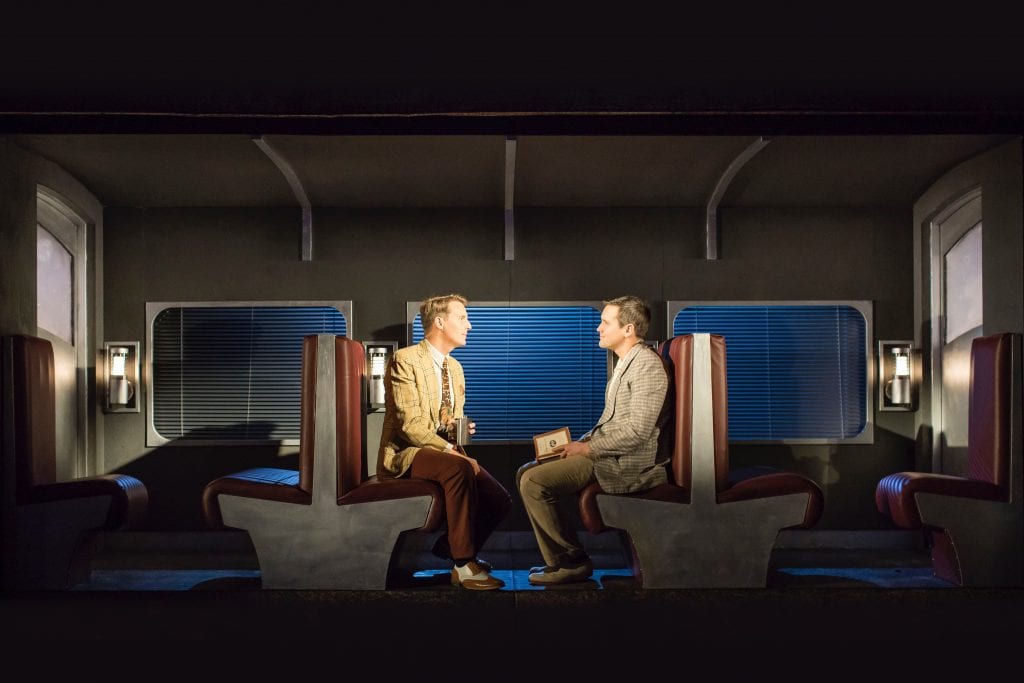 “Strangers on A Train”, her first novel, was such a success that it enabled her to write full time which she did for the rest of her life. Perhaps her most famous novel was “The Talented Mr Ripley”, written in 1955 and twice made into a film. First by the French and then by Anthony Minghella in 1999. Her novel “Ripley’s Game” was filmed by Liliana Cavani in 2002, starring John Malkovich. All of which is another way of saying that Patricia Highsmith is a brilliant writer, who entertains and enthrals in equal measure. She is a fascinating writer partly because she is so detached from “normal” life. Both single and lesbian – she described kissing a man as “like falling into a bucket of oysters!” (which might appeal to some people). She certainly pulled no punches. Some feminist writers accuse her of misogyny. I think it is more accurate to see her as a misanthropist. She disliked men and women equally. She read Karl Menninger’s “The Human Mind” at the age of eight. EIGHT. The key idea she took from Menninger was his rejection of the distinction between normality and abnormality. Rather she saw that we are all a mixture of both. Patricia Highsmith goes one better than Dostoevsky in “Crime and Punishment” by having two Raskolnikovs; Nietzsche and Kierkegaard and formed her own world view, which she brilliantly found a way of expressing in the crime novel. “Strangers on a Train”, as a result, is the perfect storm, with autobiographical, philosophical and literary elements distilled into a highly readable and absolutely engrossing novel. 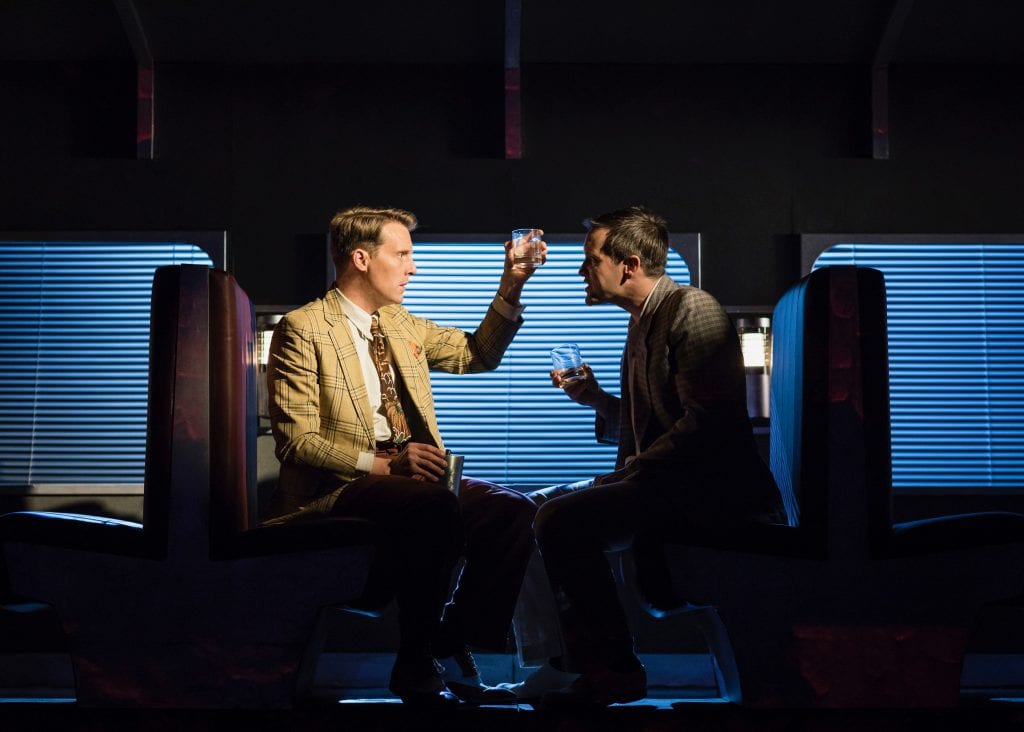 All this is brought to life for our enjoyment by director Anthony Banks and his team. I can’t praise it highly enough. It is superb. In a short review I can only scratch the surface of the cornucopia of delights that this production has to offer. First the set. David Woodhead the designer has put together a series of sets which catch wonderfully the moods of the play. The first image we see is a Jasper Johns “Stars and Stripes” flag which both signals that we are in America, but also that all is not well. The colour is off and it is out of focus. This brilliantly prefigures a key theme of the play, the shades of grey between the so-called bad of black and good of white. Again and again the set frames the action. Henry James famously said that “the house of fiction has many windows which offer different points of view”. This is wonderfully realised here by the way a façade of a building is projected onto the screen and then one section only is revealed in which the action takes place. The spatial design works to project out and focus the action. So most scenes take place right on the edge of the stage as near as possible to the audience or only a very small area of the stage is used to create a sense of claustrophobia and intensity. There is also an echo of Edward Hooper’s eerie paintings of lonely people in bars. Architecture becomes a character in the play. The gothic house where Charles Bruno lives being appropriately dark and gloomy, whereas Guy Haines lives in a modernist white cube.

The lighting and sound reinforce this all-pervading atmosphere of claustrophobia and dread. For example; two trains pass each other and a flash of red light, accompanied by a loud grating sound seem to shout murder and blood as they do so. Its absolutely gripping and enthralling. For me the highlight of the evening was the scene in which Guy walks up the stairs of the gothic mansion to with murderous intent with Puccini’s La Boheme playing in the background. Murder most foul, accompanied by heart-breaking romanticism and this juxtaposition sums up in a nutshell this wonderful production and her double vision of the promise and peril of the human condition. We are not black or white – we are all shades of grey (but not 50!). Craig Warner has performed a major public service by brilliantly adapting the novel for the stage and additionally by reminding us of the astonishing originality and disturbing power of Patricia Highsmith’s world view.

The performances are stellar. The cast is excellent. Five stand out. John Middleton as the private detective, Arthur Gerard is spot on. A cross between Colombo and Inspector Morse, he gets it absolutely right when he decides not to bring Guy or Charles to book because as she says, they are already in the prison of their own torment. Helen Anderson (Elsie Bruno) is pitch perfect as Charles Bruno’s over-indulgent, not to say Oedipal mother. The frisson of sexuality between them is palpable. He doesn’t talk to her, he just puts his head in her lap. For him, she has the best legs of any woman he knows. The play is obviously a playing out of the Oedipus complex and these are the questions the play grapples with.

Hannah Tointon (Anne Faulkner) is superb. She starts off as the fiancée who wants her man to be a success and so flatters him, cajoles him and encourages him. But when she realises the enormity of what Guy has done she reveals her own dark side telling him that she is sticking by him not for love but because “you’re mine”. Guy is played by Jack Ashton, who manages to convey the stages by which a man has allowed himself to be captured by another. It’s a convincing performance. 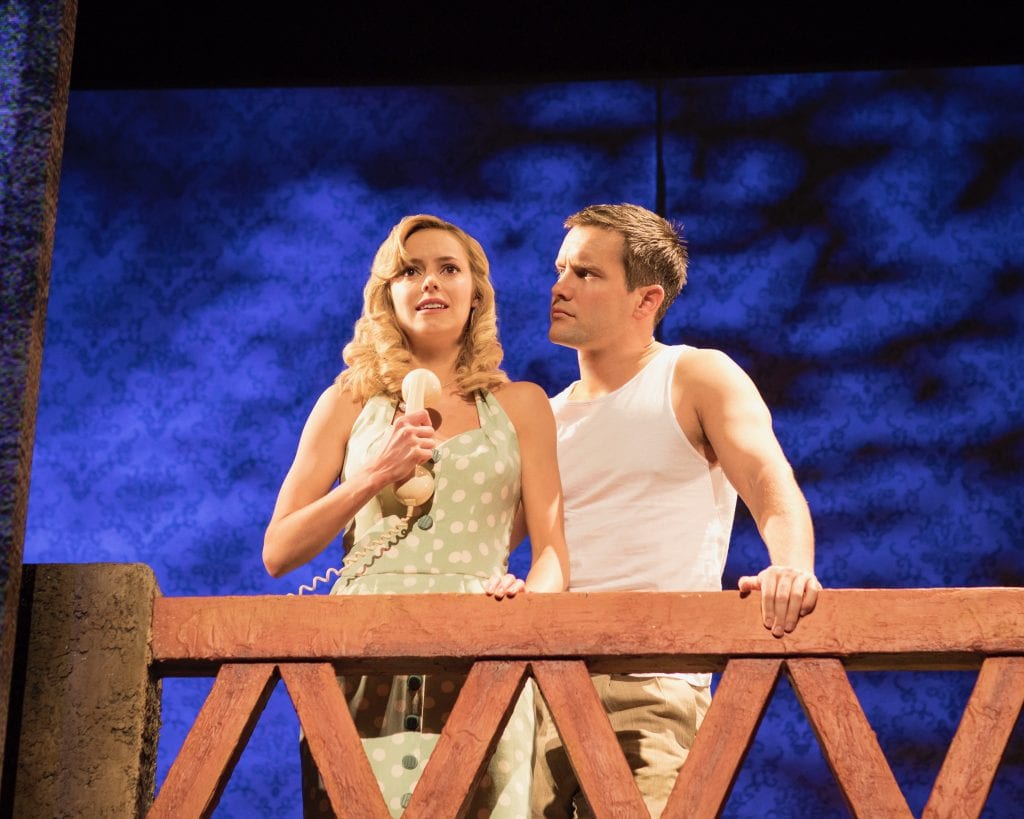 The stand out performance is given by Chris Harper as Charles Bruno. He’s utterly brilliant. Robert Browning famously said that he was interested in “the dangerous edge of things; the gentle murder, the honest thief”. Well Chris Harper’s portrayal of Charles Bruno fits the bill. He’s immoral, a man who proposes a double murder, but he’s charming, funny and likeable. It’s this doubleness this oxy-moronic quality of Charles Bruno that Chris Harper so astonishingly brings to life on the stage. He sings, he dances, he flatters, he is a life force. I’m sure Patricia Highsmith had Dr Jekyll and Mr Hyde in mind when she created Charles Bruno. Chris hints at this throughout the evening in his crouching ape like impressions that he fleetingly takes up, along with a grotesque Quasimodo like comic accent. Chris brings off this attraction of repulsion superbly. Chris’s tour de force as Charles Bruno shows us how easy it is for dangerously charismatic individuals to manipulate and capture other human beings. It is the heady combination of nonchalance and menace that is so intriguing, so compelling, so enthralling.

This is an utterly compelling performance, which I would gladly watch over and over again. A superb evening at the theatre. Get on that train to Richmond and be careful of strangers…. 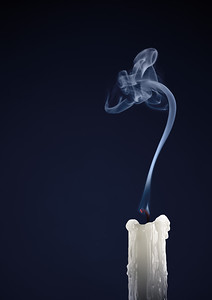