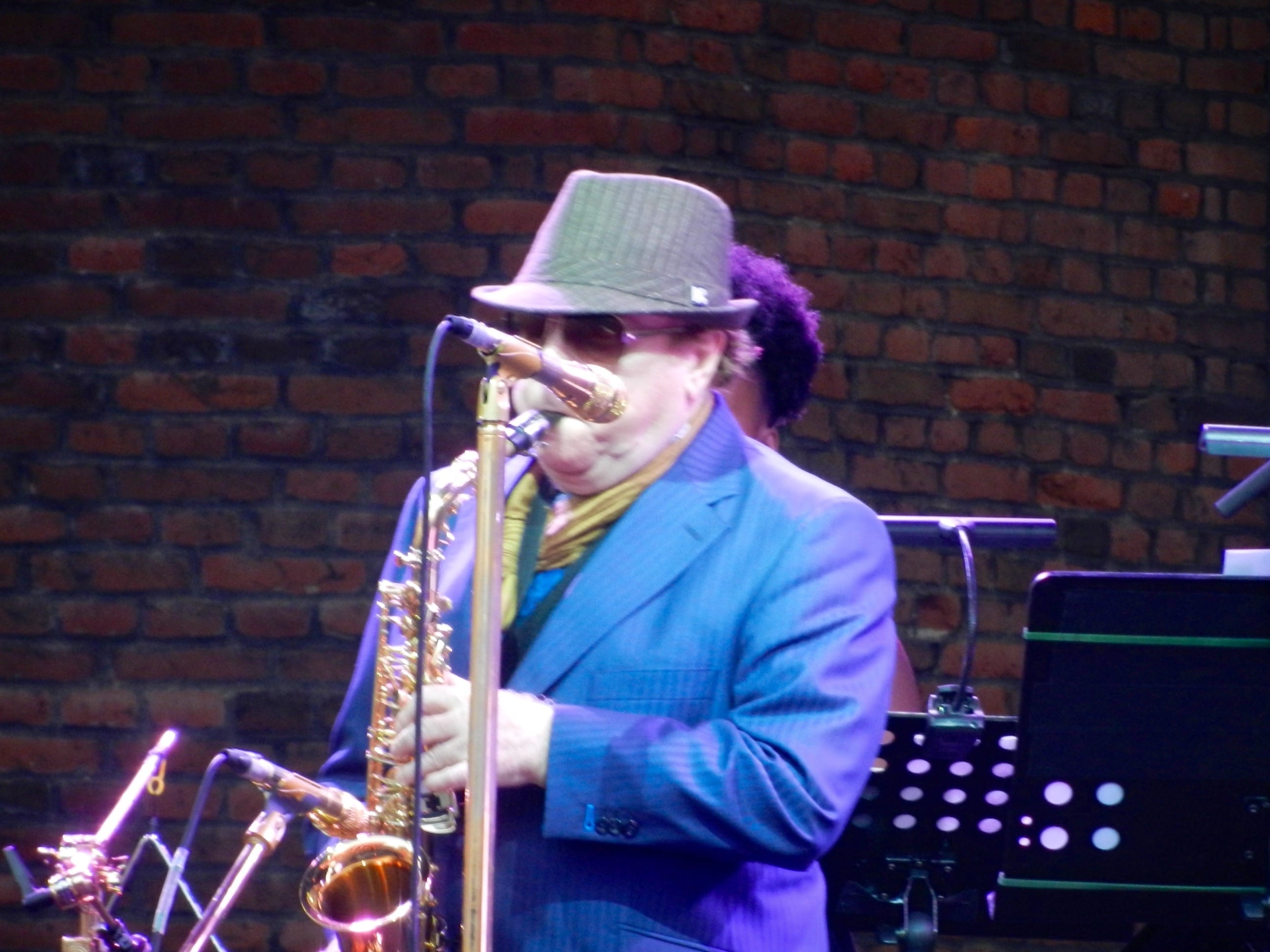 I would be hard pressed to come up with a better setting for an intimate concert anywhere in the world than at Hampton Court Palace. Steeped in history, beautiful beyond with spectacular gardens, a lucky few of us flocked to the lawns with picnics or bought splendid food from the Gaucho van or the duck wrap people and drank champagne. We were very lucky with the weather, given it had been raining all day – there was no rain at all for the picnic on slightly sodden grass, but I brought my daughter’s trusty Ai Wei Wei umbrella anyway, just to add a touch of class to the proceedings:- It really is a heavenly place to be and I have seen Van the Man enough to not mind his grumpiness and inability to liaise with the crowd – he is always forgiven, because he does indeed manage to take us to “Higher Ground” and I always want to go back for more.  That said, how difficult can it be to thank the audience at the end of his performance.  We have all spent a fortune to come to see him and how much would it hurt to give us just one song for the encore…instead of wandering off during the worst song of all – my least favourite one – “Gloria” whilst each band member does a solo.  I thought he’d gone for a quick pee, but he didn’t come back and so as per usual, we were all left to wander off home, feeling a little bit flat and slightly hard done by.

The setting is sublime and you get to be quite up close and personal, tapping your feet on a cobbled floor that has been there for over 500 years – imagine that? Here is the intimate crowd:- And the man himself:- So we all know he’s not The Boss. In fact, I couldn’t have chosen a more opposing artist to write about just a week after seeing Bruce Springsteen. Van Morrison is only four years older than Bruce, but he doesn’t move in quite the same way…or indeed at all (OK so he’s 70, he doesn’t have to move). Nor do I think he has a great deal of muscle definition going on under that suit. That said, I’m pretty sure he has no desire whatsoever to behave like Bruce Springsteen does on stage and he certainly makes no apology for his on-stage lack of engagement. Nevertheless, (because I am clearly super shallow) he had me in the palm of his hand for the majority of his performance. Jazz is just so sexy that even Van Morrison looks like a sex god up there – especially when he was singing “Don’t You Make Me High”…”‘Cos if you feel my leg, you’ll wanna feel my thigh, if you feel my thigh, you’ll want to move up high”. His music is just so soulful and the entire band are just all so into the music and in the moment, that you can’t help but be swept away. His voice, one of the finest ever, is just as perfect as it was 50 years ago, which is unusual. His saxophone becomes almost part of him and his harmonica playing (just like Bruce) is sublime – but there wasn’t enough of it this time around – in fact, now I come to think of it, I don’t think he played it at all.

His trombonist was about 150 and it was lovely to see them playing together – I am clearly supposed to know who he was, but don’t – not the best photo, but you get the atmosphere:- But guess what? Much to everyone’s annoyance (mainly Van Morrison’s) we got up and danced and even managed to encourage a few other people to do the same – because frankly you simply can’t be allowed to leave having not danced to “Moondance”, it’s impossible. Van might be static, but his music certainly isn’t.  So thank you Van for another great performance, but please do an encore next time I come and see you! 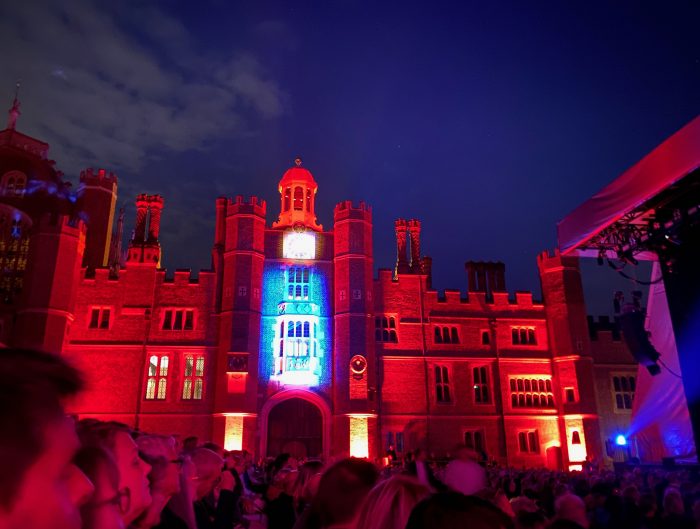 oh wow, definitely new and interesting, maybe not for my liking, but hey, each to their own.