WHAT DO YOU THINK OF TINDER? 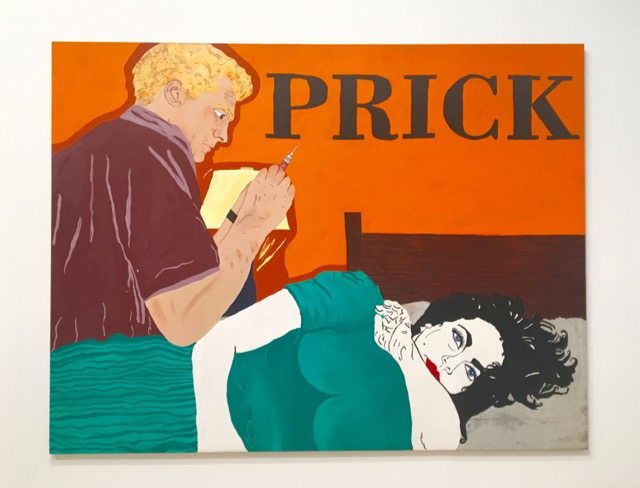 What do you think of Tinder? I’ve decided to do some research into Tinder dates and would love you to send me your thoughts and/or stories about your Tinder experiences please – the good, the bad and the ugly.

Yesterday, a medical graduate’s career was reportedly “in ruins” after he was convicted of indecently assaulting a woman he met on Tinder by grabbing her breasts during consensual sex. Philip Queree, 37, was taken to court for repeatedly grabbing the woman’s breasts hard and pulling her hair while the couple had intercourse. Despite consenting to having sex with Queree, the victim told him she did not want her breasts touched and accused him of using “excessive force”.

But I wonder whether Tinder has created the Dawn of the “Dating Apocalypse” and given people the opportunity to move from serial monogamy to casual sex in “one fell swipe?”

Have they created a monster with repetitive strain injury?

I have very mixed thoughts about Tinder. It is apparently the dating app of choice for many, because it is so easy to use. In the name of research, I tried it for myself last year and lasted four days without meeting up with anyone. I found it a little bit scary. Tinder uses your existing social networking data from Facebook to locate people in the immediate vicinity, tells you a bit about them, whether you have any friends in common and (most importantly) shows you a picture so they you can make a 3 second decision on what to do next. I’m not entirely sure how all the men that responded to me “happened” to be in other countries at the time – saying that they would be in the UK in the next few days and did I want to meet up. Asking just a few questions, it turned out that they all lived abroad and were going to be popping over to the UK on business. I have subsequently heard about a few women in “relationships” with men they’ve met on Tinder finding out that they were dating married men. Perhaps it was because I didn’t have my geo-targeting set correctly – but from my experience it seems to be merely a device that encourages sex tourism and casual sex.

Additionally, I came across a huge number of relatively explicitly sexual profiles that wasn’t what I was expecting – like this one below, which I took a screen shot of – name and location have been removed, but this was not unusual and WTF?? How is this even allowed? I mean, I know this is a family blog, but this is what my children are also seeing on Tinder. Especially with the caption “this is me, happy to send a few more when we establish you’re not a time waster”. TIME WASTER?? REALLY? Does he mean that the requirement is to get into that position on the first date?? I mean look at those heels? I could never wear those….so you can see why I panicked and deleted my account:-

I have heard a few funny stories – a friend had a hilarious date with a man who she found out only had one leg when he fell over on the way out of the restaurant and couldn’t get up again.  I am also updating with news from an anonymous comment sent via email that after four unsatisfactory separate dates in total, with men she chose to sleep with, she now has herpes.

There has recently been a national debate about the safety of women who use the Uber app to get themselves home – but what about with Tinder? How many unwanted sexual advances have occurred as a result? I know of one serious attack that occurred after a Tinder date and have read about many more and there is not only very little research thus far, but seemingly no safety net whatsoever.

I don’t have personal Tinder experience, but know a couple who met through it. Don’t know how much hassle they individually went through before they went out with each other, but nothing horrific, it seems. They are engaged and seem very happy.

i was on there briefly, no dates thankfully..most of the men held their shaft in their hand as a profile pic…not really what i was looking for in a first, second, third impression!!
saz x