A WOMAN OF NO IMPORTANCE – REVIEW AT RICHMOND THEATRE

With a lavish Downton Abbey set and costumes and featuring a star-studded cast, including Roy Hudd, Liza Goddard, Isla Blair, Katy Stephens and Mark Meadows and with direction from the outstanding Dominic Dromgoole this production of Oscar Wilde’s social comedy “A Woman Of No Importance” should be on everyone’s to-do list this week at Richmond Theatre. A unique melange of social comedy, gritty realism, social satire and melodrama this production also has a Victorian music hall feel as the wonderful Roy Hudd (as the comic Archdeacon) sings three Entr’acte songs in front of the safety curtain during set changes. To my surprise the audience knew the words to all three (Polly Perkins of Paddington Green, The Vicar and I Will Be There and The Dark Girl Dressed in Blue) and sang along with obvious pleasure. These and other elements go to make this a wonderful evening at the theatre. 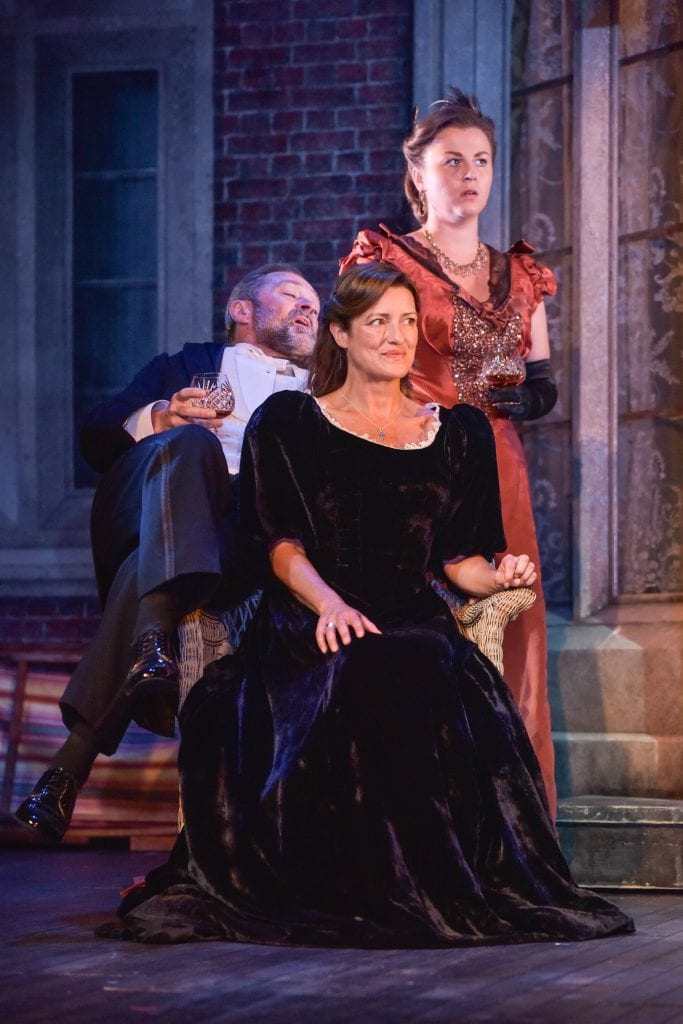 “A Woman of no Importance” was written in 1892. It deals with the sexual double standard. That is that men can have numerous sexual partners before marriage but any woman who has even one automatically becomes a fallen woman. The villain here is Lord Illingworth (pun intended no doubt), played superbly by Mark Meadows. In Ibsen such a character is a one dimensional man, but Wilde shows that this kind of aristocratic libertine has an irresistible charisma and magnetic attraction which some women find seductive. Wilde also gives him some wonderful Nietzschesque aphorisms of devastating wit and wisdom. “Twenty years of romance make a woman look like a ruin; but twenty years of marriage makes her something like a public building”. The heroine and so called “woman of no importance” is Mrs Arbuthnot (again a clever pun as she is but not as it were) played by the magnificent Katy Stephens. Surely the clearest and most pleasing diction to be heard on the contemporary stage? A model for all actors in how to articulate clearly and confidently. One feels reassured by her stage presence. The plot centres around the meeting after twenty years of these two, at the country house of Lady Hunstanton (yet another subtle pun the Hun?) brought to life by the delightful Liza Goddard. 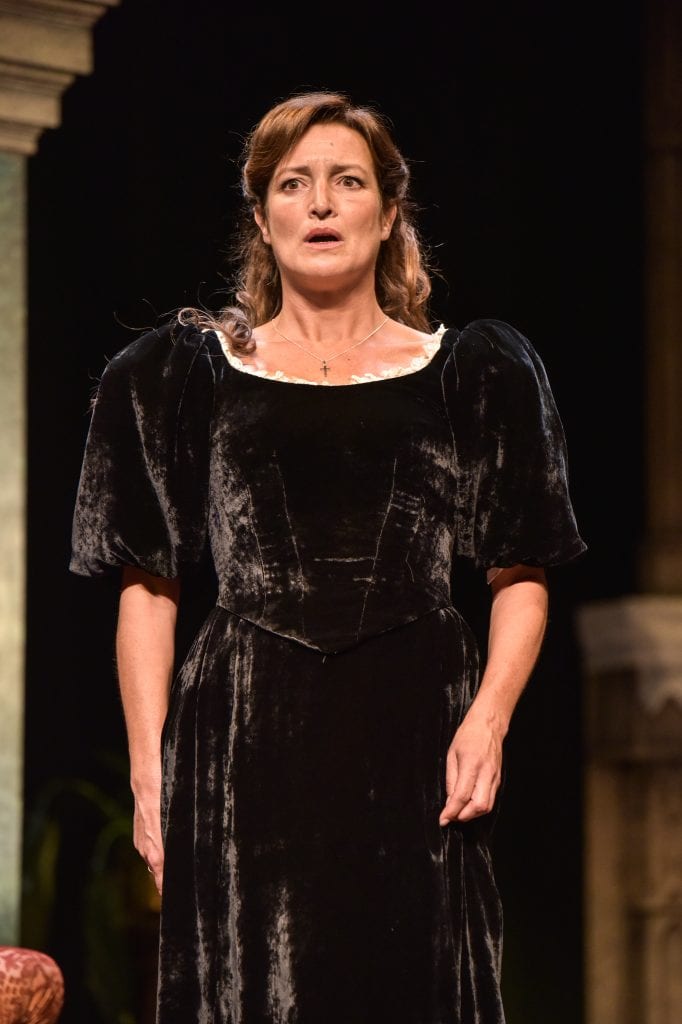 The genius of Wilde is many sided but crucial to it is his seemingly effortless capacity to mix social criticism with social comedy. The effect on the audience is a strange kind of doubleness. One laughs at the wit but simultaneously one is perturbed by the satire. It’s a really brilliant technique. Unique to Wilde and Chekhov. Act 1 scene 2 is a pure delight. It has all the wit, wisdom and waspishness in one scene that one could ever wish for and in this production it is achieved superbly. From Lady Huntstanton repeating her trick of offering two explanations for something but forgetting which is which, or Lady Caroline Pontefract (Isla Blair) with her withering put downs. In particular, look out for the way she patronisingly belittles the earnest young American puritan Miss Hester Worsley (Georgia Landers, impressive) by asking her to pass her threads from the sideboard. Or Mrs Allonby (Emma Amos, superb) explaining the art of keeping a husband on a string by the withholding of ultimate satisfaction. 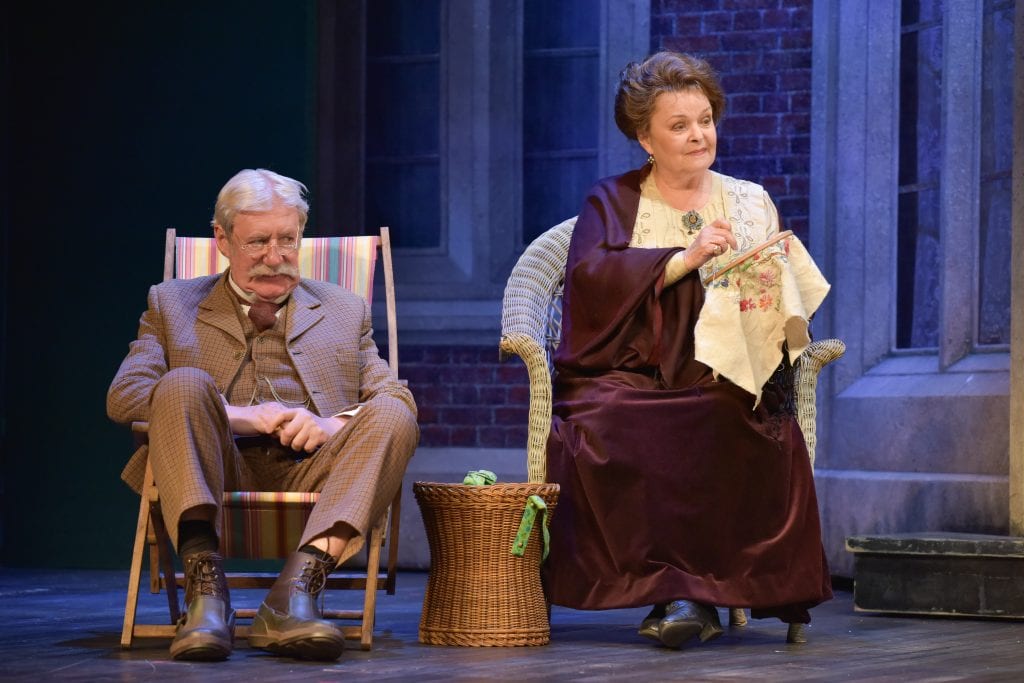 Although our image of Wilde is of surface witticism, he is also profoundly serious. This is brought out superbly in this production by both Katy Stephens and Georgia Landers who plays the young American puritan Miss Hester Landers. Both have monologues that show Wilde at his most intense and serious. This will surprise audiences I think. But it’s an aspect of Wilde’s art that needs stressing, if we are to see him in the round. Other aspects of Wilde that come through in this production are his profound knowledge of the bible and the classics. Notice his reference to the Oedipus myth in the climactic scene between Mrs Arbuthnot, Lord Illingworth and Gerald Arbuthnot (Tim Gibson, a delight). And all these elements, comedy, social comment, satire, melodrama are put together to make a satisfying and complete work of art. So that Lord Illingworth’s use of the play’s title is balanced at the end by Mrs Arbuthnot’s re-phrasing it as “A Man of no Importance”. This artistic unity is why it has stood the test of time and why it still repays watching today. We can be grateful that Dominic Dromgoole and his team have brought this masterpiece exhilaratingly to life for our enjoyment and pleasure. 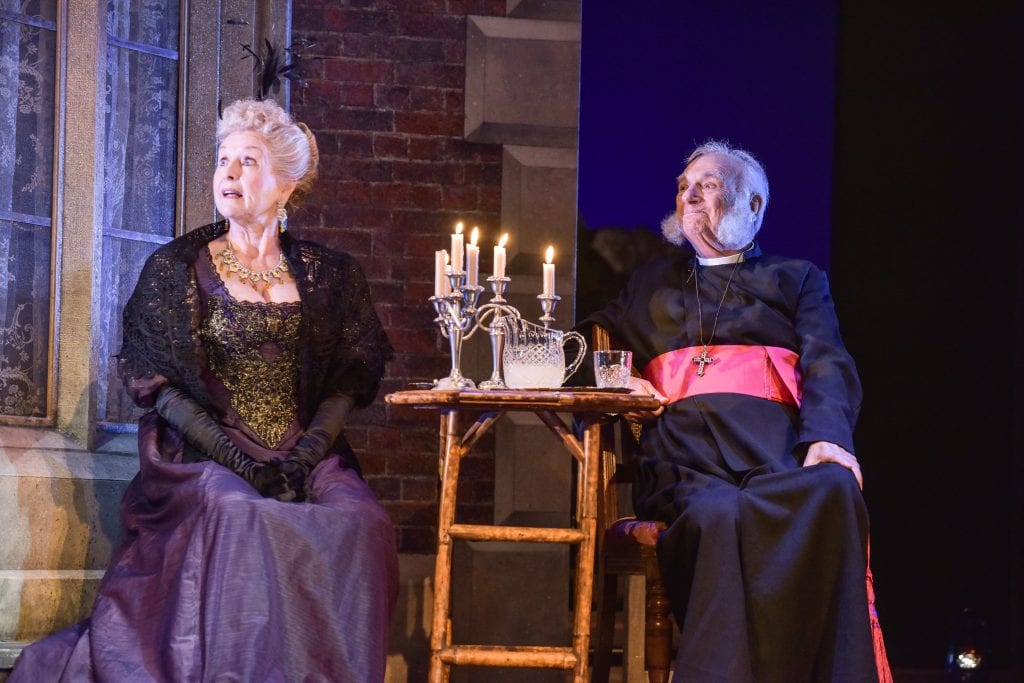 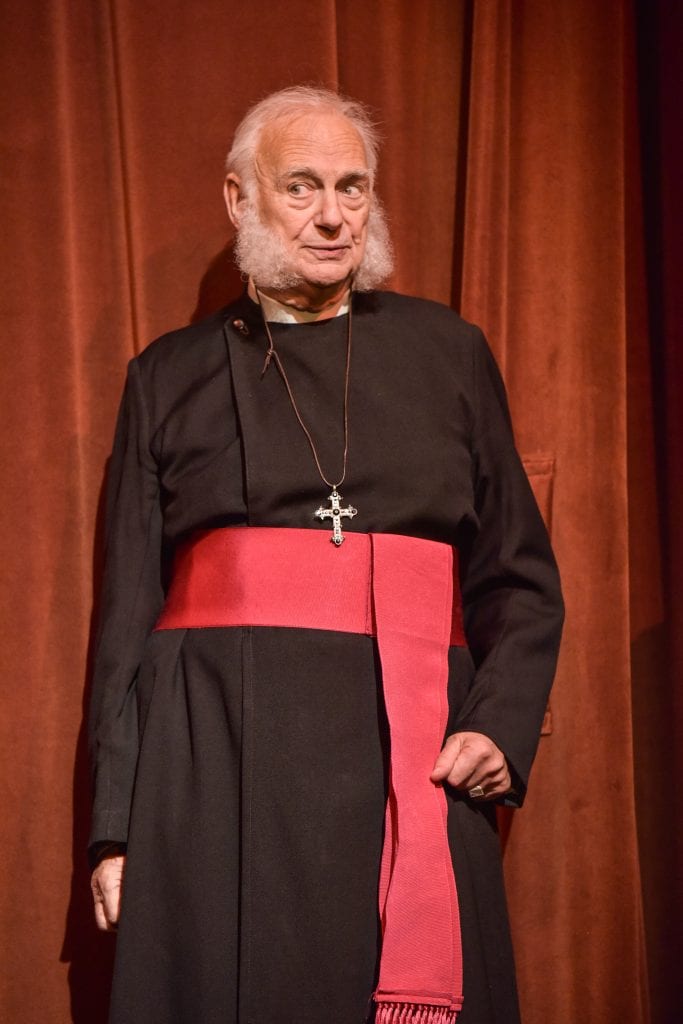