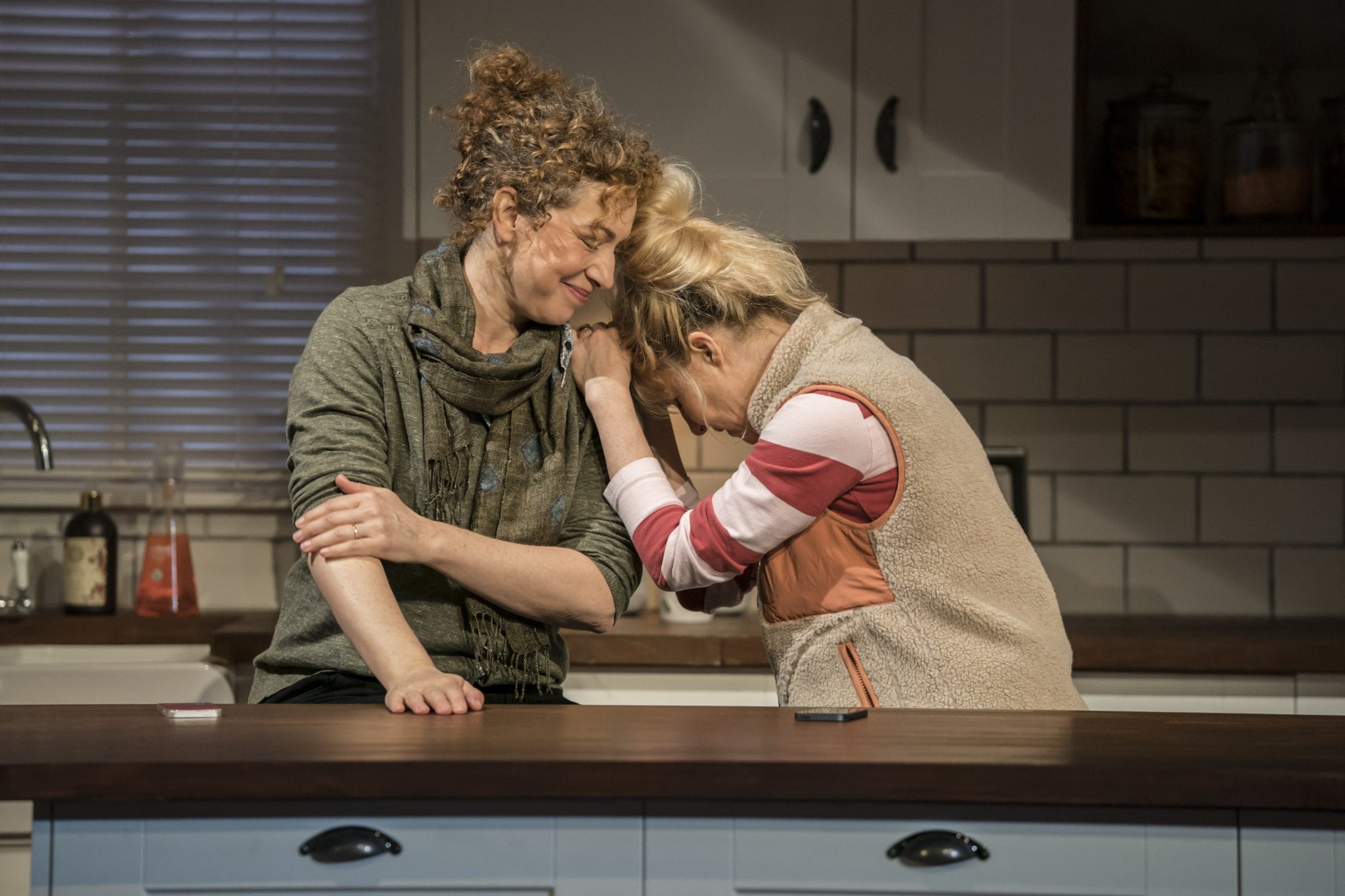 “Admissions” will be coming to Richmond Theatre from Monday 27th May – Saturday 1st June. Currently playing in the West End, it is reviewed below by John O’Brien:-

“Admissions” appropriately for a play about white power is currently playing at the Trafalgar Studios in the very heart of political power in the UK: Whitehall. A two minute walk from 10 Downing Street, this is a play that ought to be compulsory for every MP. Indeed it ought to be a compulsory watch for all who consider themselves to be members of the chattering classes, the Metropolitan elite and especially readers of The Guardian. For this is a play which will make every one of those influential networks squirm uncomfortably. It nails with devastating satire, wit and irony some of the core contradictions that the liberal middle classes live with. None more so than private schooling. “Admissions” brilliantly dramatises the difference between the public face of impeccable liberals and their private priorities. For this is a play in which biology trumps ideology.

“Admissions” is an important play which every informed citizen will want to see. 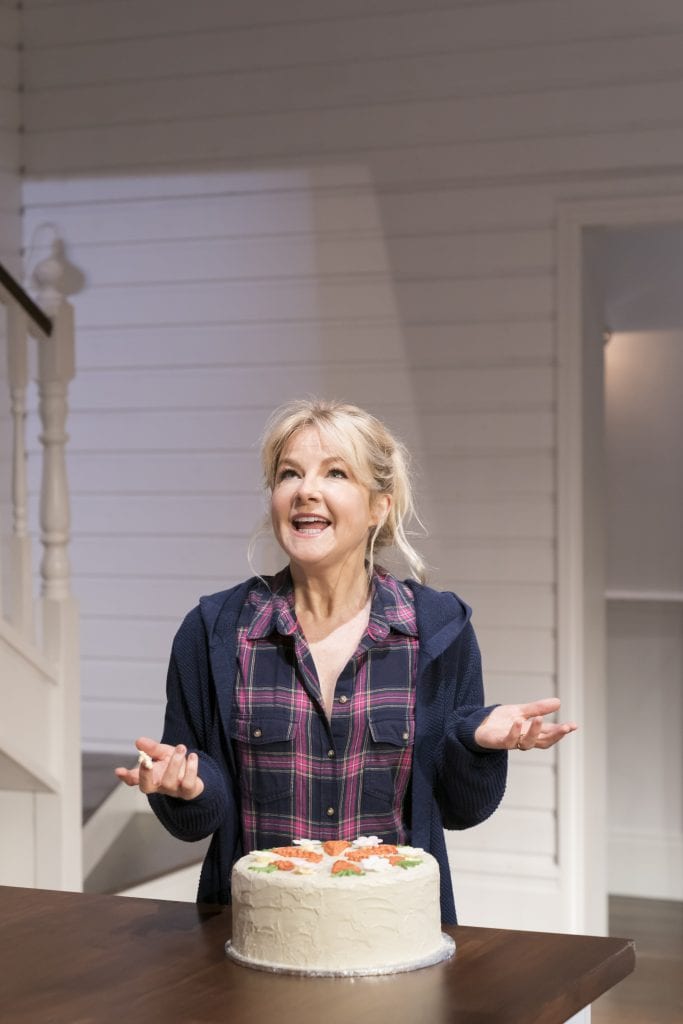 Sherri (Alex Kingston) works in the Admissions department of an exclusive boarding school (Hillcrest) in New Hampshire. In the play’s opening scene we see her admonishing Roberta for not including enough people of colour in the schools recruitment brochure. The next scene sets up the plays central dilemma. Sherri’s best friend Ginnie drops by with a cake. Her son Perry and Sherri’s son Charlie both attend Hillcrest and both have applied for Yale. When her son doesn’t get in and his best friend who “ticks more boxes” is accepted, Sherri’s personal ambition collides with her progressive values. She has spent all her professional life in admissions promoting diversity, raising funds to widen access, but in an extraordinary peripeteia she has helped create an admissions process in which her son is overlooked. In a series of utterly absorbing scenes “Admissions” explores the emotional fallout that ensues. 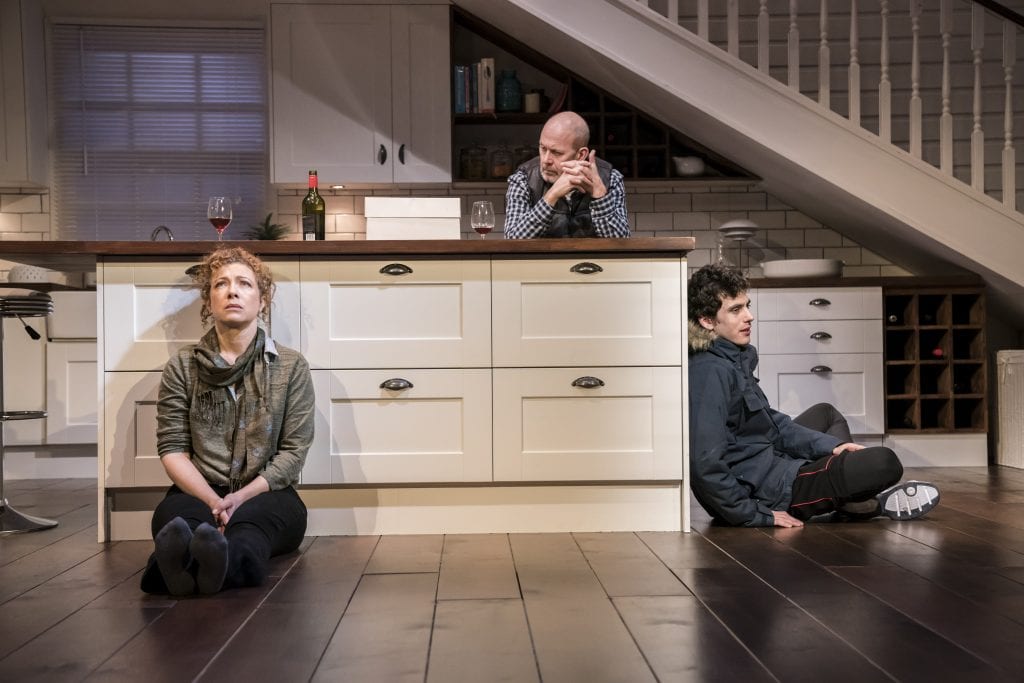 The five actors are very strong. Margot Leicester is spot on as the put upon Roberta. Bewildered by Sherri’s relentless drive for diversity she conveys very well the sense of bafflement the over 50s have about the pace and scale of change. She tells Sherri that the dinner ladies felt very hurt when she accused them of racial culinary practices by serving pizza; “children like pizza” pleads Roberta. When Sherri finds fault with her photography for the school brochure – too many black children sitting together in the canteen – Roberta tells it like it is, “black kids sit with the black kids, Sherri”. Ginnie (Sarah Hadland) at first seems abrasive. “This school is so white”, is her stock remark. Indeed she fantasises about being a terrorist and blowing it up. But in a crucial scene she is given emotional depth and we see the world as she sees it. Telling Charlie to stay positive, Charlie replies “ I don’t think staying positive is what got Perry a place at Yale”. Ginnie breaks down and asks Sherri to imagine what it’s like to live everyday with people thinking that your son is where he is because of his colour. Their friendship over, she leaves more in sorrow than in anger. Ben Edleman as Charlie is superb. He has two outstanding lengthy monologues. The first is a tour de force of wit, satire and savage humour which tears apart the sacred cows of our times. In a wide ranging and rampaging rant he references the Kardashians (who are Armenians so are they white or Asian?), the Spanish Conquistadors, the post war Nazis who fled to Argentina but are now Hispanics and so get into Yale but he doesn’t, even though his grandparents fled the Nazis, as he wonderfully expresses it “so they have found a new way of keeping the Jews out of Yale by calling us white”, it’s exhilarating, engrossing and engaging. In the second monologue he turns the tables on his liberal parents in the most ingenious of ways. 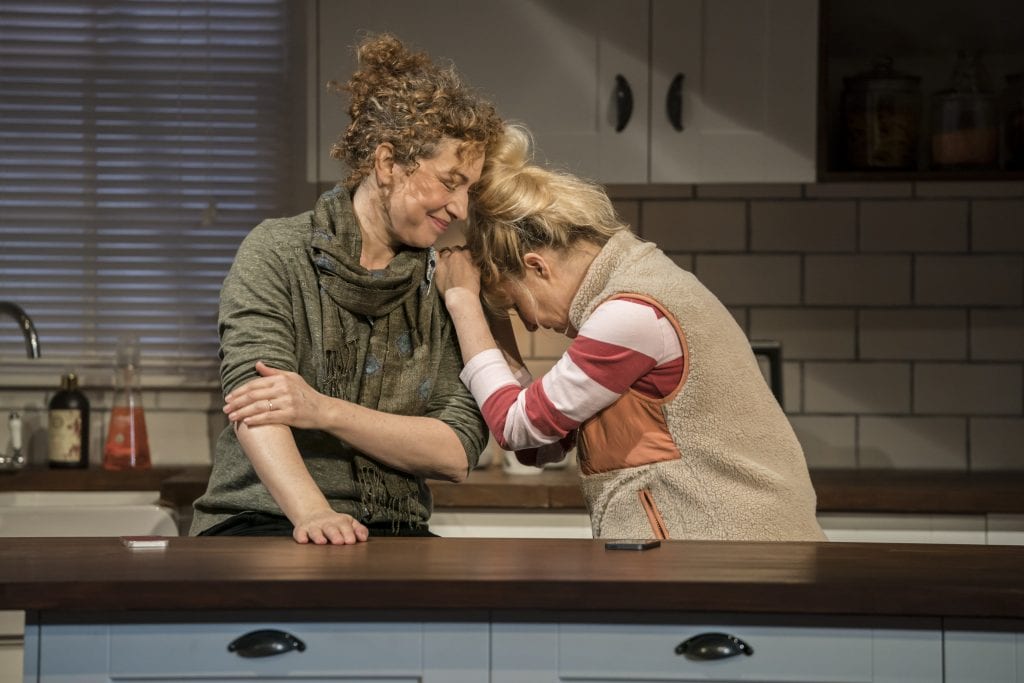 Andrew Woodall as Charlie’s dad Bill has a great speech in response to Charlie’s bombshell which I won’t spoil by revealing it here; suffice to say it’s hard hitting and cuts to the chase. Alex Kingston as Sherri Rosen-Mason is wonderful. Emotionally she moves from professional admissions administrator full of jargon, statistics and political correctness to exasperated mother who will do whatever it takes to get her son into Yale. At one point Bill says “well if that’s what Charlie wants then maybe he should do that” to which Sherri replies “overfuckingruled”. All the pretence and professional performance is dropped and the raw emotions of a mother’s tigerish affections are revealed in that one word. 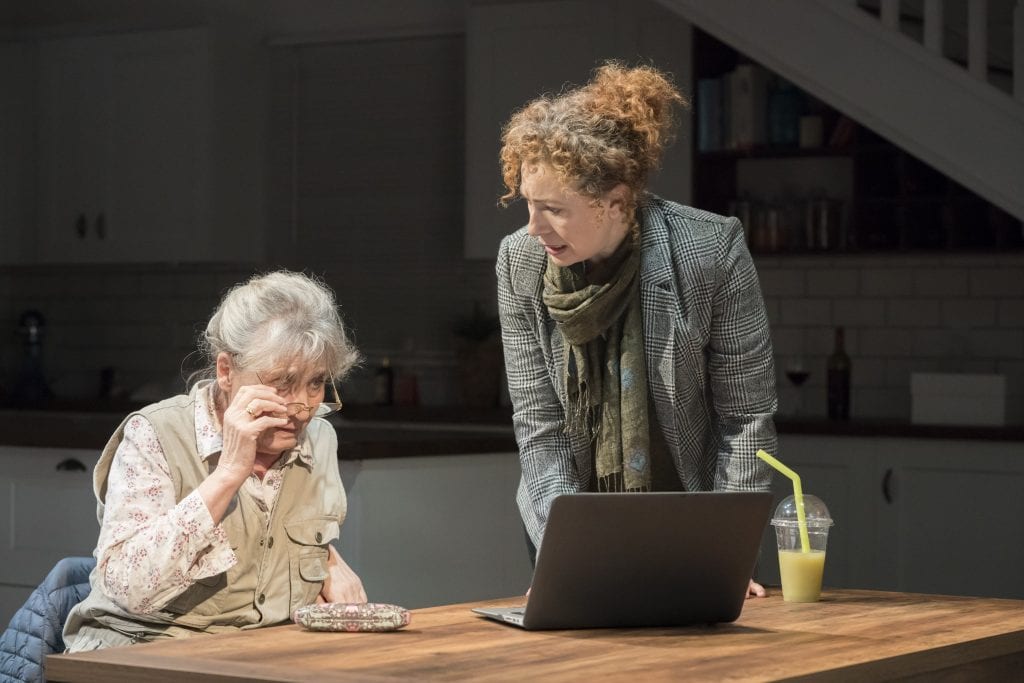 “Admissions” is a play for today. Not least because of the timeliness of the current scandal in the US over parents paying eye-watering amounts of money to get their children into some of the key universities through the back door. It will be a classic. It is urgent, powerful and visceral. Chekhovian in its interweaving of the serious and the comic.

I loved it, the one hour and forty minutes flew by.

Buy, beg, borrow or blag a ticket if you can.