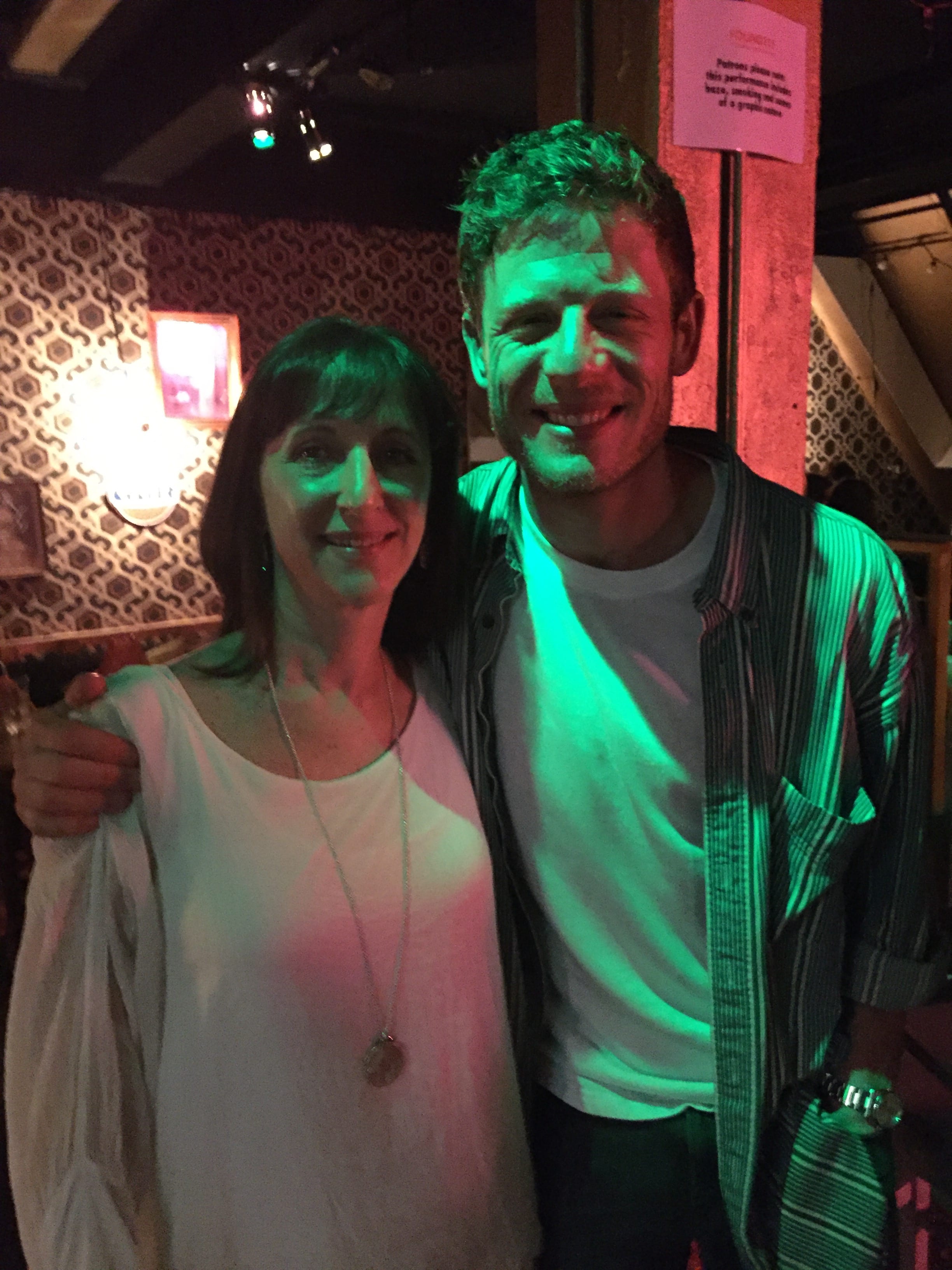 I wish I had seen the production BUG, by Tracy Letts as it opened, rather than the second last night, because I would have encouraged all my friends to go (not that it wasn’t a sell out production). BUT HURRY UP THERE’S MORE TIME – it was meant to finish on the 7th May, but owing to phenomenal demand they have extended it by a week until the 14th May.

It was one of the most exciting pieces of theatre I have ever seen. The pop up theatre was to be found at the top of a disused lift-shaft in the former Central St Martins School, in a space called Found 111. The set was an intimate motel room, squished into the middle of the audience and from where most of us were sitting you could just about reach out and touch the actors. How they managed to ignore the audience in such close proximity I do not know.

So the question is – was it a conspiracy theory story or the sad decline of a paranoid schizophrenic who found another incredibly vulnerable soul to take down with him? It didn’t really matter ultimately, we all had different opinions at the end, but either way, the performances given by the two leading actors, James Norton who played Peter (of notable “phwoarrr” fame) and Kate Fleetwood who played Agnes were exceptional. Both having to present broken, vulnerable, fragile characters who became more destructively entwined as the story unfolded to horrifying effect.

Peter was played very naturally by James as an almost Lenny-like character – soft and gentle, with an ability to “know things” about people, but he managed an increasingly clever build up to rather a lot more problems than we had anticipated to say the least. The play opens brilliantly, with a slightly dishevelled drunk and stoned Agnes being introduced to Peter and his first words were “I’m not an axe murderer” – by the end of the play, we might have preferred it if he had been.

Agnes’s ex husband, Jerry, played by Alec Newman was brilliantly terrifying as the aggressive and menacing ex con and watching Agnes twitch every time he opened his mouth or moved towards her was electric. Daisy Lewis played Agnes’s upbeat friend and again offered a solid and fascinating performance as she tried to rescue Agnes from entwining herself too deeply into the mire.

The play was bloody and raw with many gasps of horror and hands over mouths from the audience – it was great to have a view where you could see three quarters of the audience from wherever you were sitting. The set, lighting and sound were fantastic and all added to the tension of the play.

Also, as a top tip, if you hang out at the bar after the show you might get to chat with all the actors. Daisy rushed off – only, I see in the papers, to have a massive argument outside the Groucho Club with her boyfriend and leave in tears. What a shame when she had done so well. James, who I have to admit was very easy on the eye, even in his stained vest and boxers chatted with us and I heard one male member of the audience say on the way out “I can’t think what the extraordinary predominance of women in the audience was all about – can you?” Nope. No clue.

Here’s my friend in the bar with the suspected culprit though:- Yup, I’m afraid we were – and for a loooooong time and very close. Lx