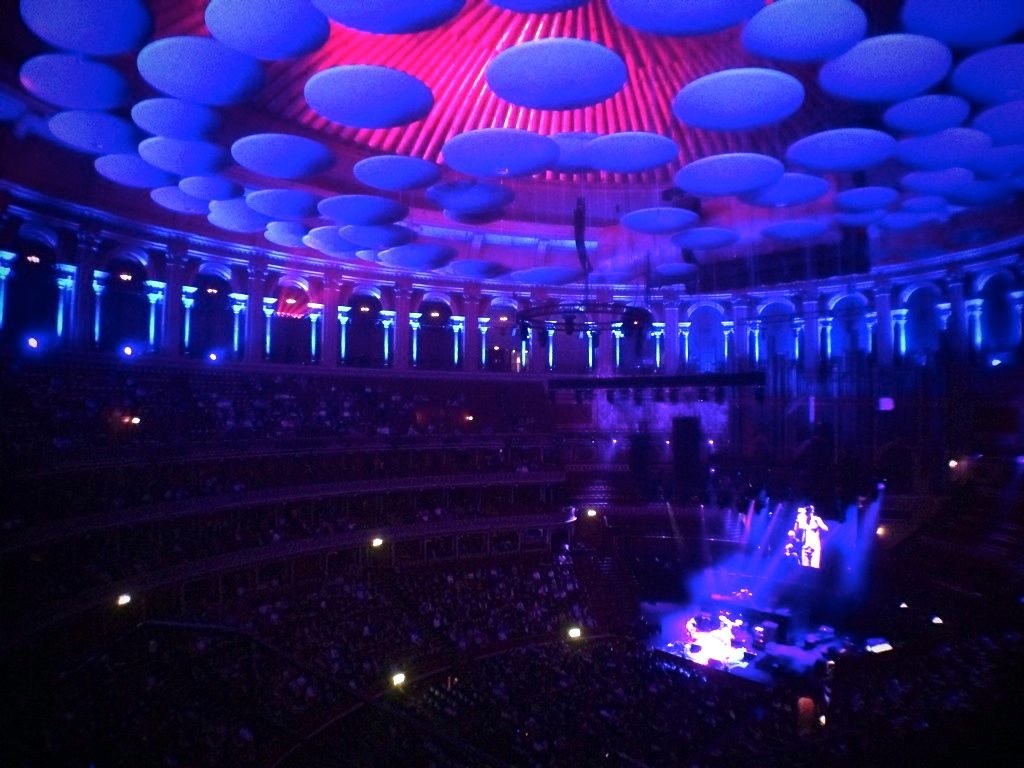 I was at The Royal Albert Hall on Tuesday evening for a City Rocks concert in support of the 275th Anniversary of Coram, a charity for children since 1739. We were up in the Gods, so high up I thought we wouldn’t see anything but the acoustics are so brilliant there and with the building being round an’ all means that you still get a great view even from up high:- The charity “Coram” is incredible – back in 1739 hundreds of babies were left to die on the streets of London, their mothers trapped in poverty without the means to support them. Thomas Coram began a campaign to create a home for these babies by enlisting the support of the leading figures of the day including Handel, Charles Dickens and William Hogarth. The Chairman of the Coram charity who introduced the evening, Maureen Sutherland Smith discovered not long ago that she had been a Coram child and I was so moved by the story that I texted my youngest son, to update him on the situation I thought he’d be interested because we read “The Coram Boy” together:- Mike Read was the compere for the evening. The line up was a pretty eclectic mix of musicians, but hey, like Handel, who was one of the most popular musicians of his time giving performances to raise funds for the charity, tonight we witnessed some of today’s most outstanding musical icons and rock icons come together for the first charity concert of the year for the Albert Hall. Maverick Sabre (who has been working with Professor Green), followed by Sophie Ellis-Bextor and then The Feeling, Brian-please-cut-your-hair-May playing with Kerry Ellis and then finally, the piece de resistance, never failing to surprise and delight, Lily Allen.

Lily Allen caused a bit of a stir, whilst seriously strutting her stuff – not just side boob but full frontal boobage. She was amazing – very confident and comfortable in her own skin and looking very sexy and after her admittance that she found being at home with two children a bit too boring, she is apparently back. She was the last in the line-up and didn’t disappoint. Much as all artists aspire to playing at The Royal Albert Hall it is inevitably a very difficult gig and Lily tried her best to get everyone up and dancing, but it’s not easy.

Here she is from afar:- and here she is super up close taken by a Coram photographer who I’ve credited, so I hope he doesn’t mind that I’ve used his photo:- Photo by Mike Marsland/WireImage for Coram