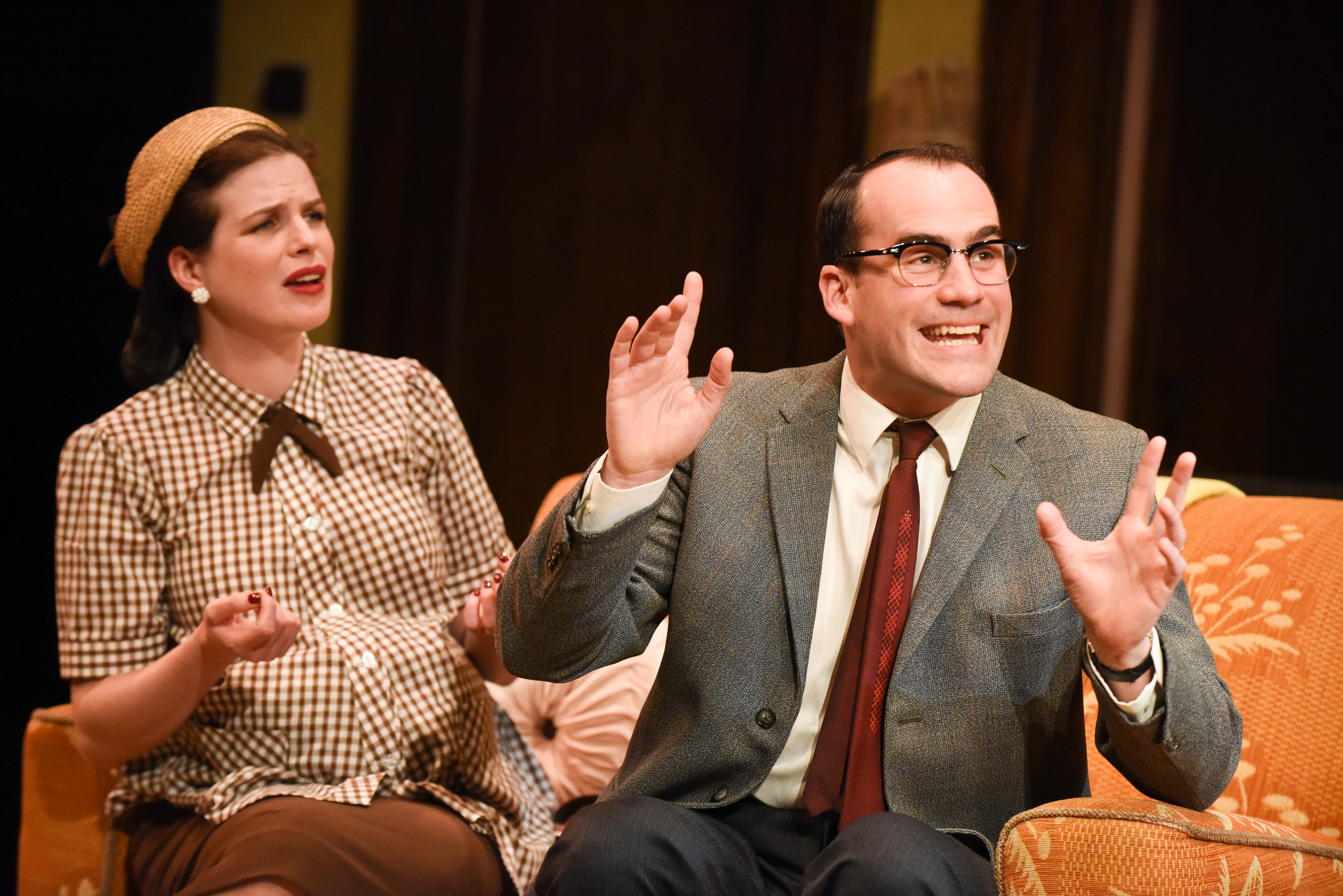 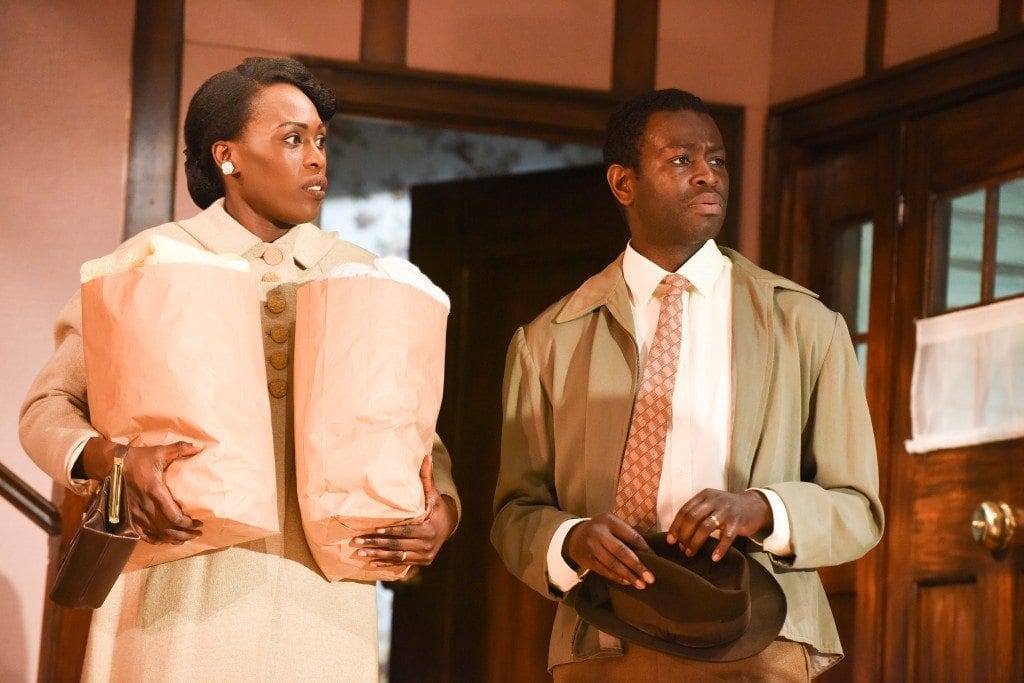 “What’s the similarity between a white woman and a tampon?
They’re both stuck up cunts”.

So says Lena (Gloria Onitiri) the articulate and supremely confident African American to Lindsey (Rebecca Oldfield), the heavily pregnant middle class liberal potential house buyer. But is this a ”joke” about “race” or unconscious misogynistic abuse? For me this one line, which by the way got the biggest laugh of the night, sums up everything about Clybourne Park that makes it at once infuriating and yet compelling. 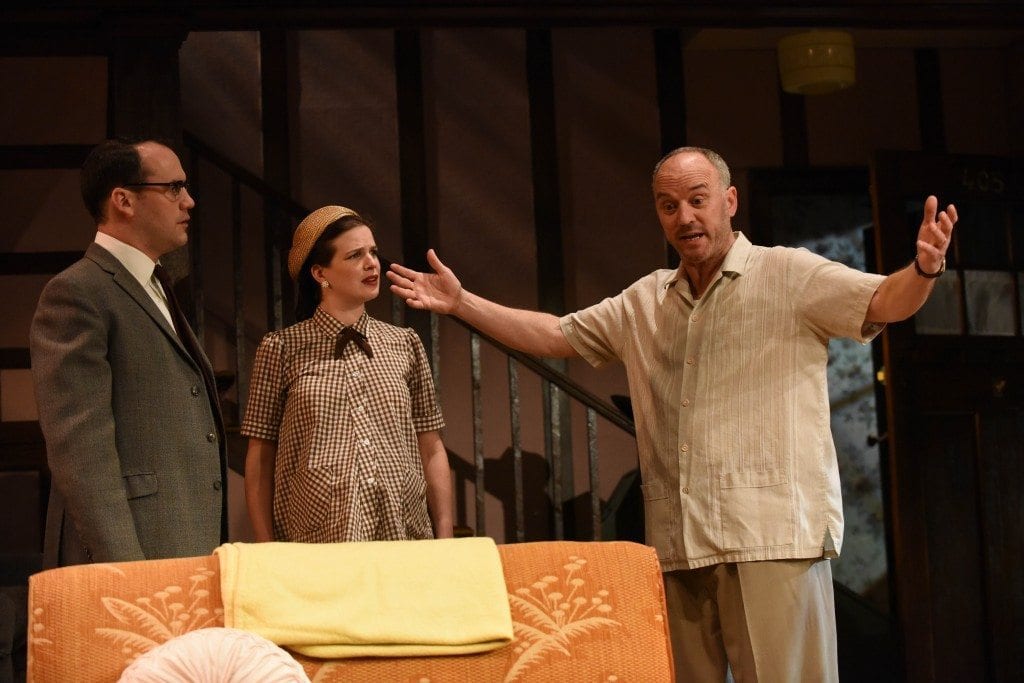 The play has some clever insights into the way in which both groups Black and White hide behind euphemisms and self-serving self-pity in an attempt to justify their essentially selfish and racist motivations. This is clearly a fascinating theme which is being played out in cities all over the world. In London areas such as Brixton, Notting Hill, Dalston and Stoke Newington, once Afro Caribbean enclaves, are in the process of gentrification by young white professionals. And whilst Clybourne Park does put the issue on the agenda and brings fresh energy to live theatre, for me it didn’t ring completely true. For two interrelated reasons. First the play is too long. Act 1 lasted 70 minutes. Second Clybourne Park is unfocused and that’s why it’s too long because it’s trying to do too much and to be too clever by half.

It’s a curious but fascinating amalgam of Ibsen – the hold of the past on the present; Miller’s Death of a Salesman – the broken Father and the death of the American dream: an Ayckbourn farce set in suburbia but with race added to the mix and Pirandello’s Six Characters in Search of An Author – what does Bruce Norris want from this play? I don’t think Bruce Norris quite knew how to shape Clybourne Park and as a result it can be in parts repetitive and worthy. Yes the central theme is race & housing but its also about the Korean War, mental illness, suicide, the gender war, disability – the deaf Betsy – homophobia (“bend over Mummy’s going to fuck you up the arse” is Steve’s (Ben Deery) punch line about two men in sharing a prison cell) and much more. 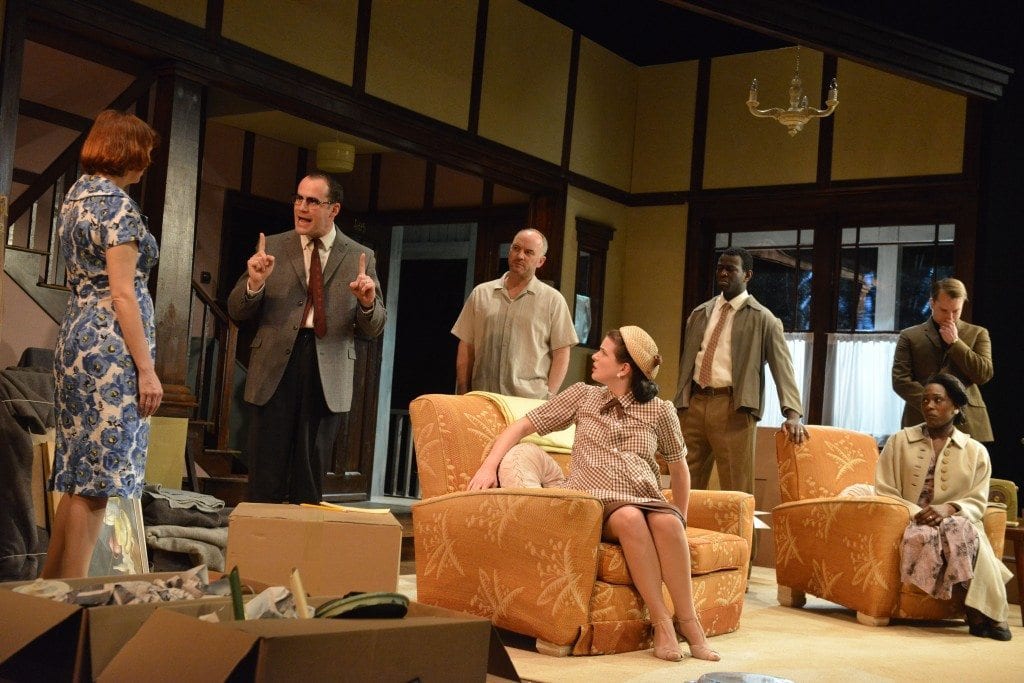 By attempting to be so Tolstoyan, Clybourne Park, for me, felt unfocused and as a result never really satisfactorily dealt with its key theme: race. Partly because we don’t yet have the vocabulary, hence all the euphemism that Clybourne Park explores so well, or the forum in which we can attempt to find a way through this impasse in race relations. So in that sense the theatre as a space and Clybourne Park in particular is an important trail blazer in our collective and collaborative coming to terms with our history of slavery, colonialism, empire and racism. Clybourne Park explores a central issue of our time and it is something that we must all come to terms with if we are to have any hope of creating a cosmopolitan global community.

So slight criticism aside for the length of the play, I would say that Clybourne Park is both a brave and important stepping stone towards that goal.

My friend Geoff when with him and he writes his summary review below:-

The delicate topic of ‘Race Relations’ has moved on a pace from the British 70’s sitcom ‘Love Thy Neighbour’ starring Jack Smethurst and Rudolph Walker. Clybourne Park at the wonderful Richmond Theatre is the latest portrayal of this really important issue . Based this time In Chicago, it compares the same issue 50 years apart. In 1959, a young couple ( Russ and Bev) are trying to sell their house quickly at a discounted price. This leads to the first “Black’ couple to move into the neighbourhood, which is completely alien to the predominately ‘White’ community. This leads to a sense of dismay and demonstrates clear prejudice i.e. the lack of understanding of cultural differences.

The play moves forward 50 years when the same property is bought by another couple (Lindsay and Steve) who are met with similar traits of dismay, prejudice and naivety. The play handles the sensitivity of the issue really well showing good contrast including stage sets and costumes between two different era’s. Yet fundamentally, it also demonstrates clearly that the perception of the same core issue ‘ race relations’ has not really changed over a period spanning half a century.