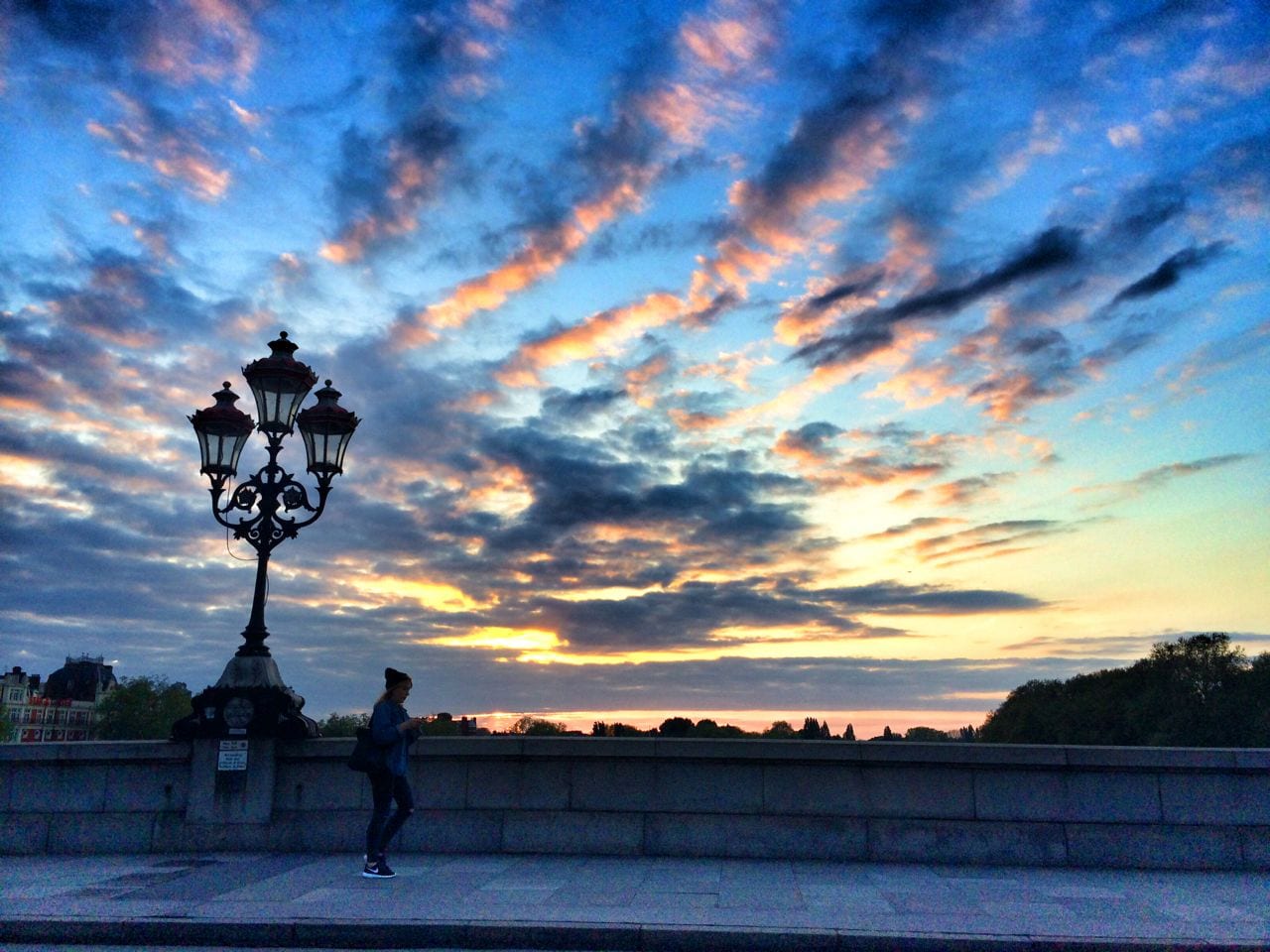 FAMILY AFFAIRS:-
Too many world concerns to worry about so I’m going to have to stick to anything relevant to family for my weekly roundup which covers basically everything – even the Ukraine – because essentially that is what they will be trying to protect.

LOST DAUGHTERS
MOSTLY on a global scale I am SHOCKED that there is nowhere near enough international outrage about the THREE HUNDRED AND TWENTY NINE missing schoolgirls in Nigeria kidnapped from their dormitories by Boko Haram TWO WEEKS AGO. I bought the Times on Saturday and the story is featured on page 38!!! Why aren’t we helping to find them? How can we let that happen? The girls were abducted on April 16 and has thus far received very little coverage in the western media. Nobody appears to have found them yet and rumour has it that they could have all been divided up now and sold on as sex slaves and cooks to chad and Cameroon. It’s a bloody disgrace. Speaking as a mother it is a tragedy beyond words. This is only ten people less than the number of people missing on the Malaysia flight and as a politican recently pointed out, look at the amount of press (and help) that story got internationally.

NB: I believe that finally, this morning Obama has expressed US “outrage”. All too little too late I fear.

EDUCATION
I’m having a major issue with education this week. When we came back from living in Scotland and couldn’t get our son into the local state school, we sent him instead to the school my uncles and Grandfather went to. A well known London private school. The school that now has EIGHTEEN teachers under investigation for sexual abuse of the boys. WTF. I know the allegations go back to the 1960’s but nevertheless, how can this sort of thing happen? My son is only aware of a few of the teachers who have been recently arrested, but the scope is huge for other boys. Horrific for parents to discover that the school founded by John Colet in 1509 to safeguard boys and put their welfare as it’s highest priority might not have been an entirely safe place for their children. They must have thought it was easier to get away with and perhaps some parents who pay through the nose to send their son and heirs to a school of that reputation and calibre assume they can trust the teachers more? I don’t know.

Makes me feel much happier about my youngest son being at a state school and in a “normal” environment. I know dreadful things can happen anywhere and it’s not about whether you pay for a school or not (it’s a bit like the NHS Vs Private Health Care – which is actually the more reliable option in terms of making you better?), but I do have some quite strong opinions on the way that school was run and some of the teachers, who frankly wouldn’t have survived in the real world for a second.

MY CHILDREN
On a more local scale, it’s been lovely to have a long weekend to chill and catch up on stuff. Our house is too hot because my daughter needs the heating to stay on whilst she sits in a trance like manner at her desk willing all that information to stick in her brain. She only emerges three times a day looking like a beautiful pale slug (if there is such a thing) and needing food and water at regular intervals. We had an wonderfully sparkly time in Florence together and now she’s settling down for the long slow run up to her A levels.

I’d like to have had friends over but it will disturb her routine so I’m having a little bit of quiet time too. But that’s OK. She’s working ridiculously hard. I don’t remember doing that. Girls seem to work in different ways to boys. Don’t remember my firstborn being quite so diligent about his work.

No idea what my oldest child is doing – we do speak or text, but not too regularly. He’s busy and happy and gone. Hopefully back in the not too distant future but we’ll see.

Every child is different and requires a different approach to education and it is very hard to get it right as a parent – you can never really be sure what is going to work and what isn’t. But, in my household there are two opposite ends of the spectrum for schools – small private, Vs large state. What will be the outcome? Each will find their own way, but it will be very interesting to see how it all works out. My youngest is starting GCSE year next year. Would a smaller class help him structure his work? Make him learn more? Focus his mind?

OH YES and GUESS WHAT ELSE??

I have passed a wine and spirit course and can now officially work in a pub when I’m old:- UM? What else? Had a brilliant night out with old, old school and university friends on Saturday night. Just lovely to be so relaxed in each other’s company talking absolute bollocks (or was that just me?). I was so relaxed I forgot to take any photographs.

Lovely long weekend has been filled (when I’m not being a slave to my daughter and making her cups of tea and lunch) here and there with girly catch ups – walks, coffees and drinks. All food for the soul.

As well as trying to finish my latest book group book which is HUGE – worrying isn’t it when you have to decide on the merit of the book by the number of pages it has these days. Not sure I’m going to get through it in time.

Pleased to read about the success of the Vagenda girls – tired of trying to believe all that they are told in glossy magazines and re-igniting the feminist streak in our young women. This is long overdue. I don’t want to hear about 14 year old girls trying to get botox injections or having their pubic hair removed permanently by laser. I am hoping for a new phase. A new hairy phase. One where hair rules. Perhaps, as men’s beards become less attractive and they start shaving again, women will do the opposite. I certainly hope so.

In fact, more than that I am thinking about bringing out a new magazine myself. All about REAL issues such as sprouting hair and creaky knees and body fat and finding yourself and getting boyfriends when you’re really old and what clothes work for middle aged women who don’t want to look too old but certainly don’t want to look too young, but don’t want to wear high heels, but also don’t want to spend the earth and also don’t want to be shown what to wear by a teeny weeny framed 12 year old that is going to frankly look good in a plastic bag. Oh and I would have swimming costumes made that were attractive to older women – maybe all body suits, burkini style, or ones made of metal. Not sure yet, think I’ve got a long way to go with the designs. Clearly. Oh and there would be a whole page on make up that doesn’t cost the earth but also doesn’t promise the earth and LOTS of stuff on where you should go in the world. Maybe a few quotes about life being too short and maybe this one about the meaning of life, because it pretty much sums up why we shouldn’t all be worrying quite so much:-

“The meaning of life is that it stops.”
Franz Kafka

Then I’d take a long hard look again at the photo of the sunset I took on PUtney Bridge after dropping my daughter off with friends and remind myself to savour the moments and love every minute.

And maybe today I will remember “Amor Fati” It means acceptance. Whatever happens to you, embrace it, the good and the bad equally.

and finally RIP Mark Shand who sounded like a top bloke – who shunned all the money and went in search of true meaning and adopted an elephant and started a conservation charity.

No it wasn’t just you….we were all talking bollocks on Saturday night….

Her On The Hill Reply

Ah Lucy, what an enjoyable read. When I tried to call it up to read when you first wrote it it refused to load, hence the delay in getting back round to it. Anyway, entirely worth it.

Agree with everything, of course, but especially your friend M who was clearly as alarmed by your reference to ‘OLD,OLD’ friends as I was.

18 teachers arrested is probably even more alarming than ‘old, old’.

Kafka quote is depressing but true.

I, too, felt so saddened by absurd loss of Mark Shand. Sounded like the sort of bloke you’d like to have a drink with (and he clearly liked a drink – and a fag and a shag). But what wonderful work he did too. Such a loss.

Love the new certificate. Bet is was fun doing that course. I can just see you pulling pints somewhere in Dorset in your dotage, absolutely refusing to give in to the good things of life! I always fancied myself as a Master of Wine, but maybe I’m being a tad ambitious…

And yes, on the subject of the good things in life, it is very important to remember, even when you are feeling very down (as I have been lately), that life will always present you with something worth noting or cherishing, whether that be your sunset, or birdsong, or drizzle on your face (I get a lot of that up here, rest assured). ‘Mindfulness’ is rapidly becoming a bit of cult – I prefer to think of it simply as living in the moment. So important when the past is gone and the future seems scary.

Could say so much more – especially about the children/exams/leaving stuff, but better stop there. Have crapped on enough. xx

Thanks – wondering what the loading problem was? Will check that out. Yes pulling pints here I come! Lx