Well, as predicted my 7 year old didn’t get a special player of the year award, but he did get a trophy along with all the other players: 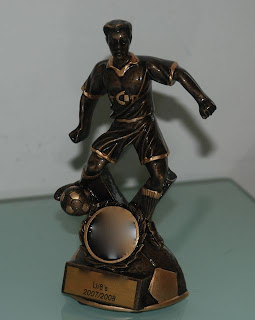 He wasn’t too disappointed which was good. The manager of his team is the father of one of the other boys in the team. This is fairly typical at this level – why else would you want to put so much time and effort in to a team? However, I am really not sure that “Manager’s Player of The Year” should have gone to his own son. There is no way I would have chosen my son if I was manager…or am I being unreasonable here?

Anyway, how sweet do my two boys trophy’s look together? 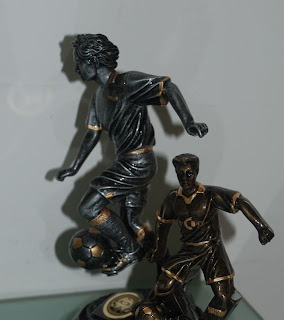