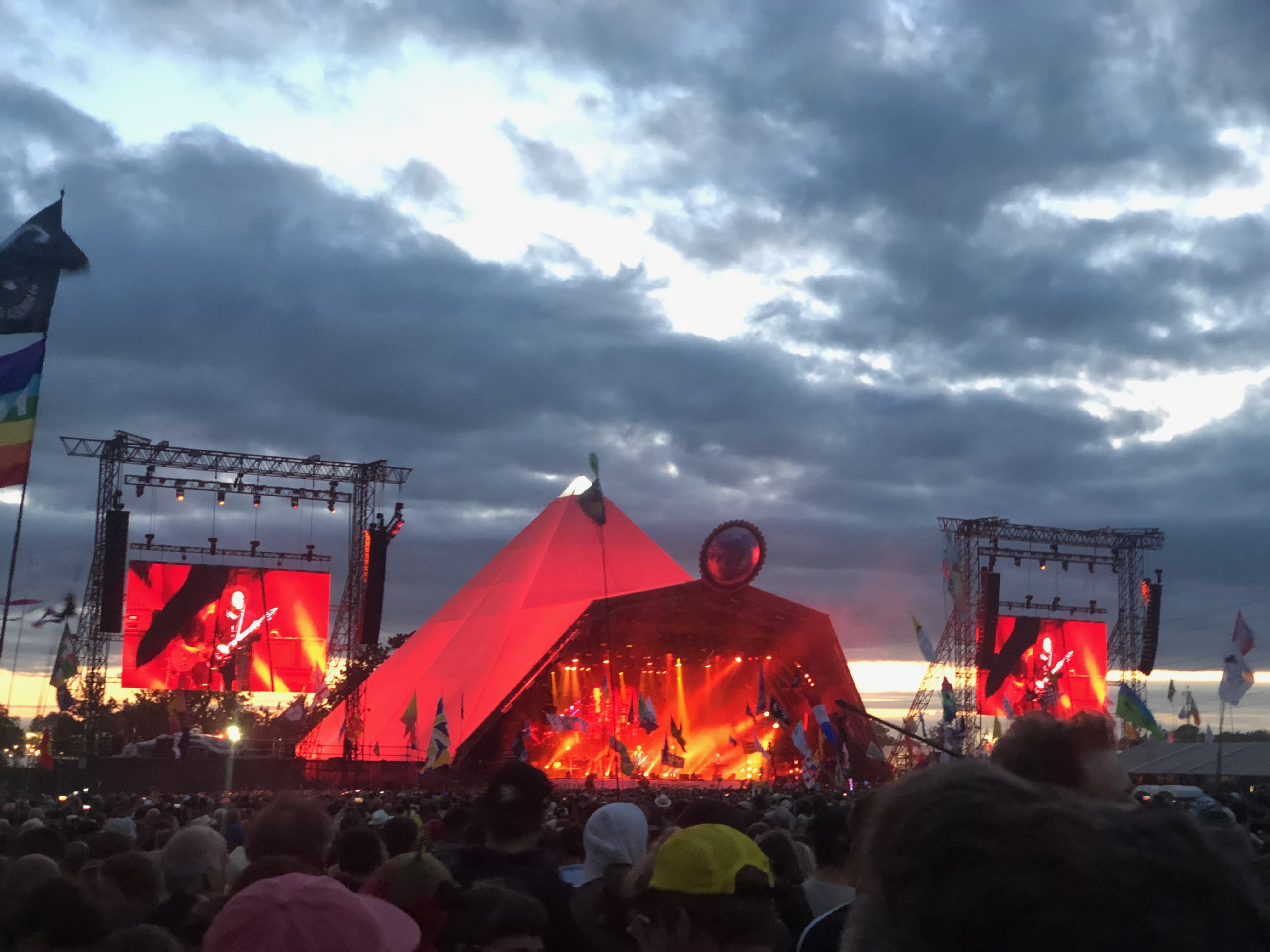 On Saturday morning, the first band we saw were The Proclaimers and when they sang “I’m Going To Be (500 miles)” it seemed a very fitting song for Glastonbury because everyone does almost have to walk 500 miles in total to get from A to B to C and back to A again over five days. A slight exaggeration I know, but we were doing nearly 27K steps a day, which amounts to 18.5Km which times 5 is 72.5Km which equals 45 miles. FORTY FIVE MILES – that’s more than a marathon. There should be medals, especially when you factor in the heat, the bodies to walk around (sitting down, not dead), the alcohol and other substances you may or may not have consumed all day, our age and the dancing we did all night, it is honestly a spectacular effort and it’s no wonder that I have come back a broken woman.

Glastonbury 2019 ticked all the boxes, literally and was as good as it gets in terms of the music choices and happiness endorphins. I feel very proud to have been a part of the best “leave no trace” attitude everyone had this year. Over 1 million plastic bottles not used because of their ban on single use bottles which is an incredible feat – as the God himself, David Attenborough attested to in front of us all.

No need to go through all the highlights because it was shown on BBC One for the first time in a decade so it’s easy to watch if you want. Suffice to say, that I will need to do the same because as per usual, I seem to have missed all the main events and have massive FOMO about most of it. For example a few of us decided to see Tame Impala before Stormzy because we saw him two years ago. That meant that I got a text from my daughter saying “Chris Martin is on stage with Stormzy”….no way you can rush to the other stage in time, it’s about 400 miles away so missed that and only got to see the end of his mesmerising performance – missed him wearing the Banksi stab vest too. Watched The Killers and left before the Pet Shop Boys arrived to get up to another stage another 400 miles away for Hot Chip. Missed the 15 year old Alex rapping with Dave, missed The Cuban Brother’s taking all their clothes off….missed, missed, missed. BUT The Cure were a surprisingly genius choice in the end. One of the great British eccentrics, Robert Smith’s voice is still perfect which is pretty impressive given how long he’s been singing and his image felt wonderfully in keeping with the millennials outlook on life. Head to toe in black, red lipstick, smoky black eyes, birds nest hair…..timeless, otherworldly and an individual that has always refused to fit in. Some of the other highlights included Lewis Capaldi, Kylie, Michael Kiwanuka, Jerry Cinnamon, The Proclaimer’s, Mavis Staples, Neneh Cherry…the list is endless.

The Park Stage for Michael Kiwanuka:- Tom Walker at The Rabbit Hole – far too busy to get in:- The best bit that can’t be replicated by watching it on TV is the camaraderie and the laughter. There is nothing more uplifting than sharing your long weekend with 199,999 people all having the time of their life. Standing alongside 50,000 – 100,000 other people or even sometimes just 50 people at the smaller events, you are always feeling the love and the absolute joy of friendship. There is nothing like it. Thank goodness for phones and a decent signal most of the time, because whilst it’s fine to watch some of the music on your own, it’s also good to be able to find your friends afterwards. Back in the 70’s I had a friend who arranged to meet his mates next to the speaker on the right side of the main stage and he spent the next four days looking for them and never found them.

My mates (don’t ask about the fur coat):- Check out the man behind us dressed as Miley Cyrus for “Wrecking Ball”:- Got to hang out with my daughter too which was fun:- Despite not roughing it, roughing it (a take on “I’m not going out, out”) because we were staying in an off-site farm with some wonderful amenities, like constant hot water in the showers and loo’s that weren’t overflowing and stinky (but yes I did still have to experience the dreaded long drop one night – terrifying), I was still sleeping in a tent, but strangely didn’t miss my bed at all. It was cosy, albeit at times a little too hot, too cold, too damp, too windy, too light, too noisy and yet I still managed some of the best sleep ever. Something no doubt to do with the combination of walking all day, dancing my heart out and drinking more than my body weight in alcohol throughout the course of the day.

The farm where we stayed:- Whilst the Glastonbury Blues seems to be an actual thing, I got more than I bargained for and had to spend time sitting in a Minor Injuries Clinic an hour after I got home. I felt a bit of a fraud surrounded by broken ankles and bloody knees, with only a teeny weeny little fucker stuck to my back. A tick had the temerity to hitch a ride home on my back. My children were absolutely horrified to see it’s head buried in my skin – apparently it’s quite common but I wasn’t aware of how to avoid them. Need to look into that for next time – guess maybe I should have put on insect spray or worn long socks. Now hoping I don’t have Lyme’s Disease….although I expect that poor little tick got a worse deal…alcohol poisoning.

See below image – but only if you’re not squeamish:-

The people watching is great fun too. Some of the outfits:- Definitely going back next year for their 50th anniversary. Have already heard that they’ve signed up Fleetwood Mac and Elton John. YAY. Fleetwood Mac had bloody better play, I hear they were very close this year, but next year is the one. Excited already. 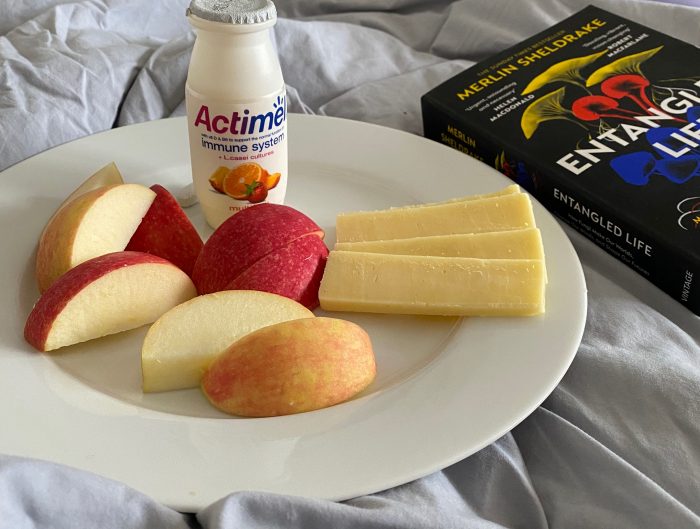 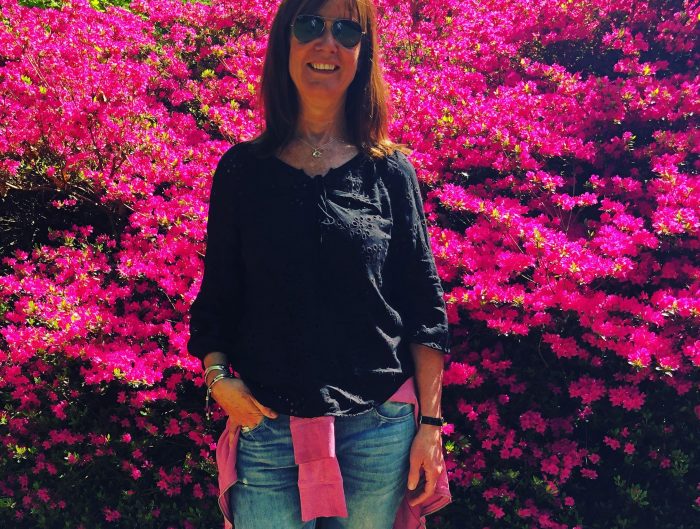