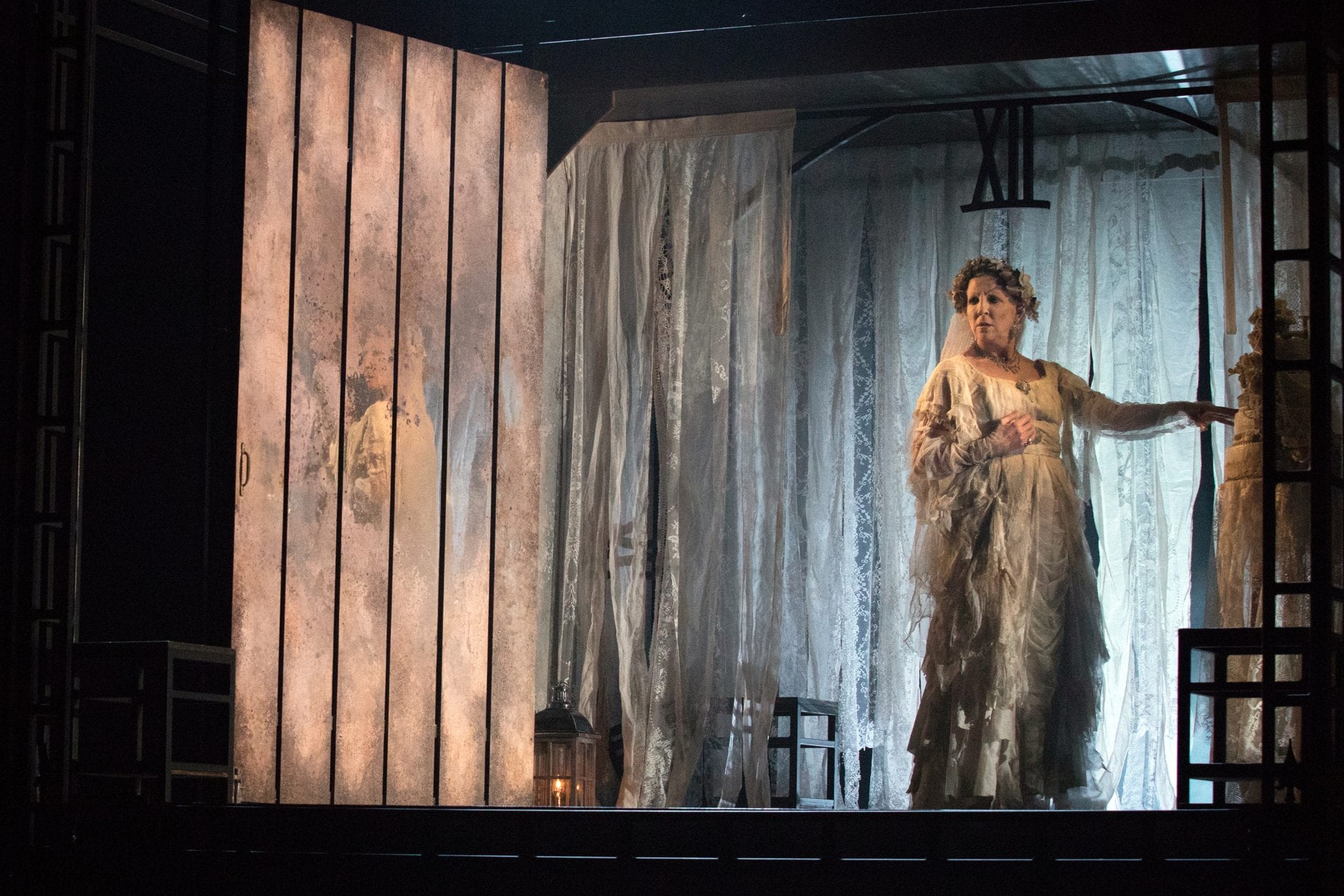 A fine and timely adaptation of the Charles Dickens classic “Great Expectations” is on all this week at the Richmond Theatre. Adapted for the stage By Ken Bentley and directed by Sophie Boyce Couzens, this classic novel written in 1860 stands the test of time and has much to say to us about class, gender and social climbing. Starring the wonderful Nichola McAuliffe as Miss Havisham with strong performances from Daniel Goode (Magwitch), Sean Aydon (Pip), Joe Gargery, (Edward Ferrow) and Isla Carter (Estella). 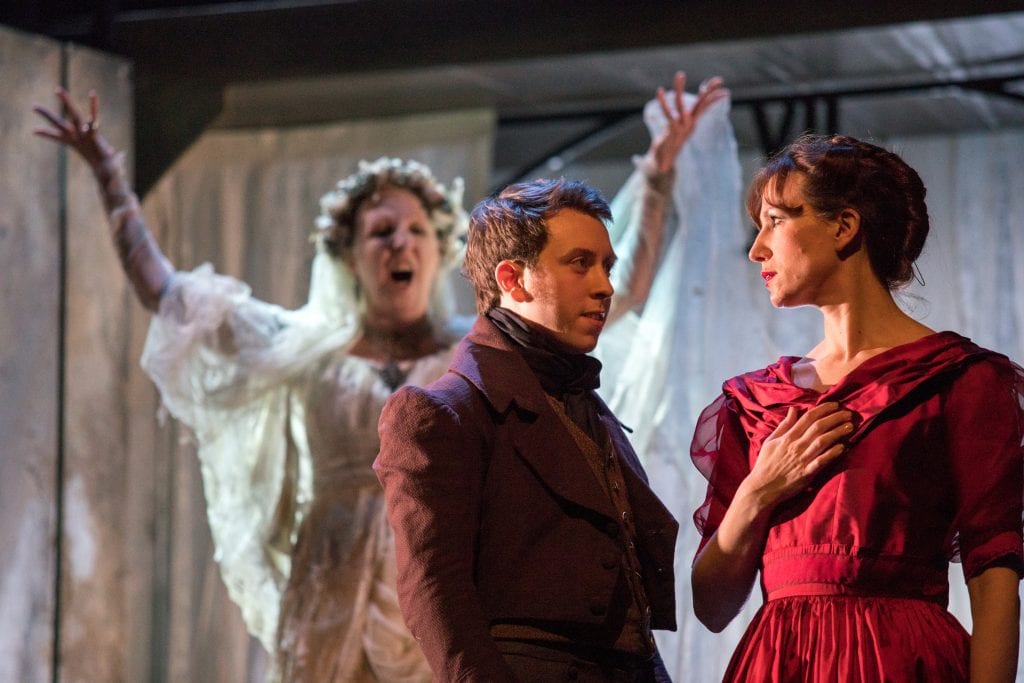 It is a cliché to say that were Dickens alive today he would be writing for Eastenders. Nevertheless, I think that is the case. Dickens had the ability to weave together melodrama, crime thrillers, suspense, social issues and romance into a spiders web plot that is both engrossing and artfully constructed. Thus providing entertainment, social insight and a complete work of art in one package. This winning combination explains I think both his immediate and continuing appeal to generations of readers and viewers. The current joint production by Tilted Wig and Malvern Theatres is the latest in a long line of stage, film and television versions of “Great Expectations” since its first publication in 1860 in the magazine edited by Dickens “All The Year Round.” Like episodes of Eastenders, “Great Expectations” appeared in 36 weekly instalments from December 1860 until August 1861. Dickens developed the technique of the cliffhanger to keep his readers in a state of eager anticipation for the next episode. The richness of “Great Expectations” can be seen in the sheer number of stage, film and television adaptations. Perhaps the best known and most powerful being the 1946 film directed by David Lean, starring John Mills as Pip and Finlay Currie as Magwitch. 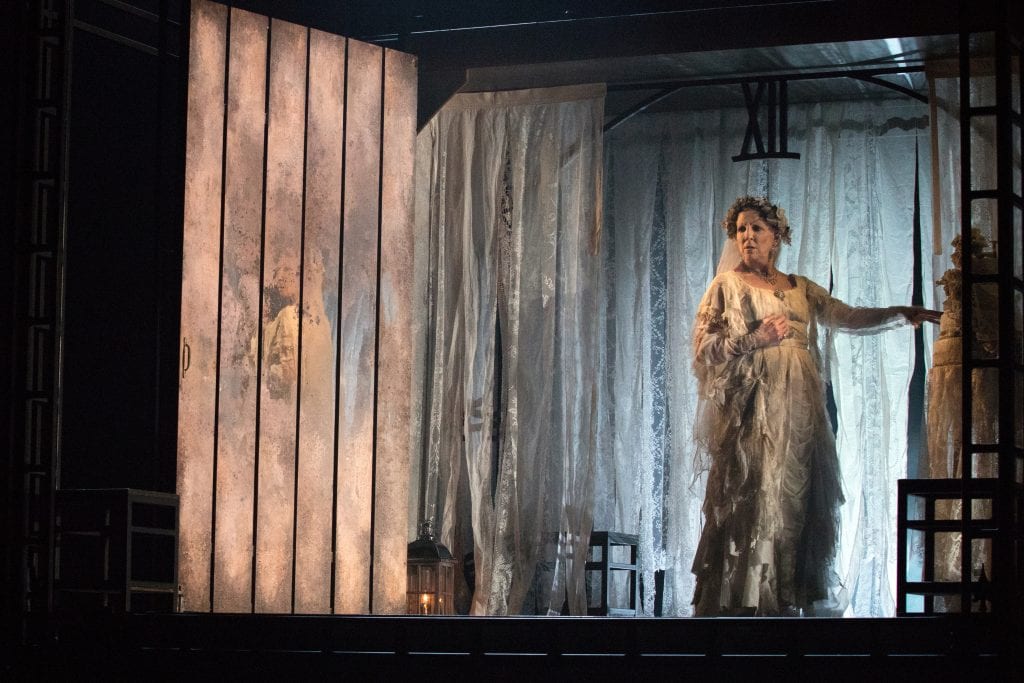 The plot of “Great Expectations” is one of Dickens most intriguing. It centres on the life of a boy, Pip as he grows and develops. Technically this is known as a Bildungsroman, a novel of development. A classic would be Thomas Mann’s Buddenbrooks (1901). Like Oliver Twist, Pip is an orphan. He lives with Joe Gargery and his aunt, Mrs Joe on the Kent marshes near Gravesend. The location and name is deliberate. Dickens is obsessed with death and bleak landscapes as John Carey points out in his marvellous study “The Violent Effigy”. One of the great moments of the 1946 film is the scene set on the marshes. Something this current production can’t reproduce I’m afraid. 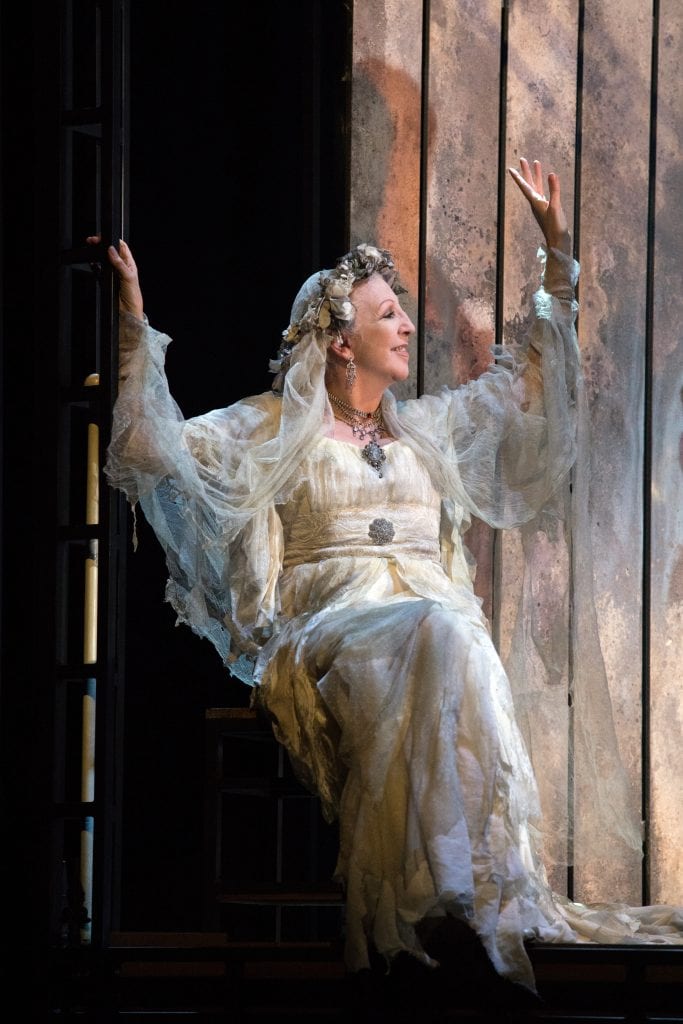 Magwitch is a wonderful creation. He terrifies Pip; “a boy may be asleep in bed … but that young man will find him and tear out his heart and liver and roast it and eat it …” into providing him with food and drink. For this act of kindness he will dedicate the rest of his life into making Pip into “a finer Gentleman than all of ‘em.” From the marshes, we move to Satis House where we encounter the second great grotesque creation of “Great Expectations”, Miss Havisham, a jilted wealthy spinster – she is a zombie stuck in time. She still wears her wedding dress and lives in the room prepared as it was for her wedding day, with cake and all. To take revenge on the male gender, she brings up her adopted daughter Estella to be cold and heartless. Miss Havisham invites Pip to Satis House to amuse herself. In one of the most chilling scenes in “Great Expectations” she commands the 7 year old Pip to “Play”. My tutor at Birkbeck College the world’s leading Dickensian scholar Michael Slater frequently highlighted this scene as an example of Dickens’ capacity to create menace from the seemingly mundane and quotidian. Pip falls in love with the beautiful Estella. She torments him and subjects him to social humiliation, “what coarse hands he has”, but this only increases Pips desire to improve himself to win her. Thus begins Pips journey of social climbing and snobbery. I don’t have space here to follow all the complexities of the plot. It’s a great love story and it has one of the most moving last lines in all of world literature. “I saw no shadow of another parting from her”. Now that’s what I call an ending. 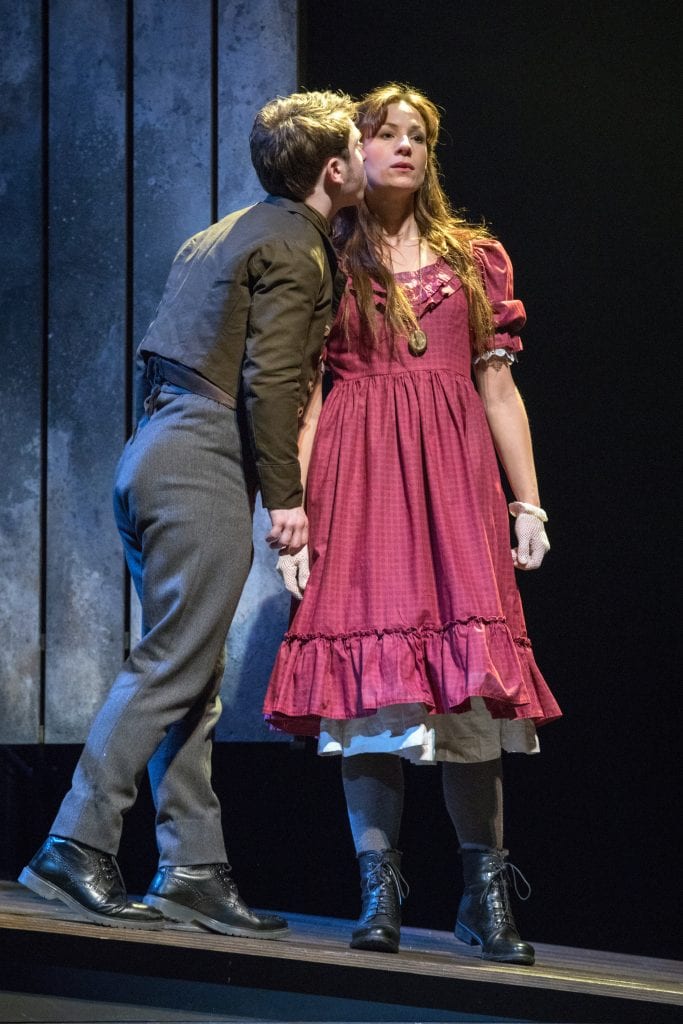 The genius of Dickens was his ability to create both the grotesque, such as Magwitch and Miss Havisham, but also the best of humanity – the compassionate and the kindly. Nowhere is this more evident than in his depiction of Joe Gargery. This is the good man, par excellence. Its notoriously difficult to write good character’s as they can appear boring and unlikeable. However in Joe Gargery, Dickens has created a good man that is both likeable and engaging. He explains to Pip that he accepts being browbeaten by his wife, the terrifying Mrs Joe, because he remembers how his father had abused his mother. Perhaps his most memorable phrase is “what Larks Pip!”. 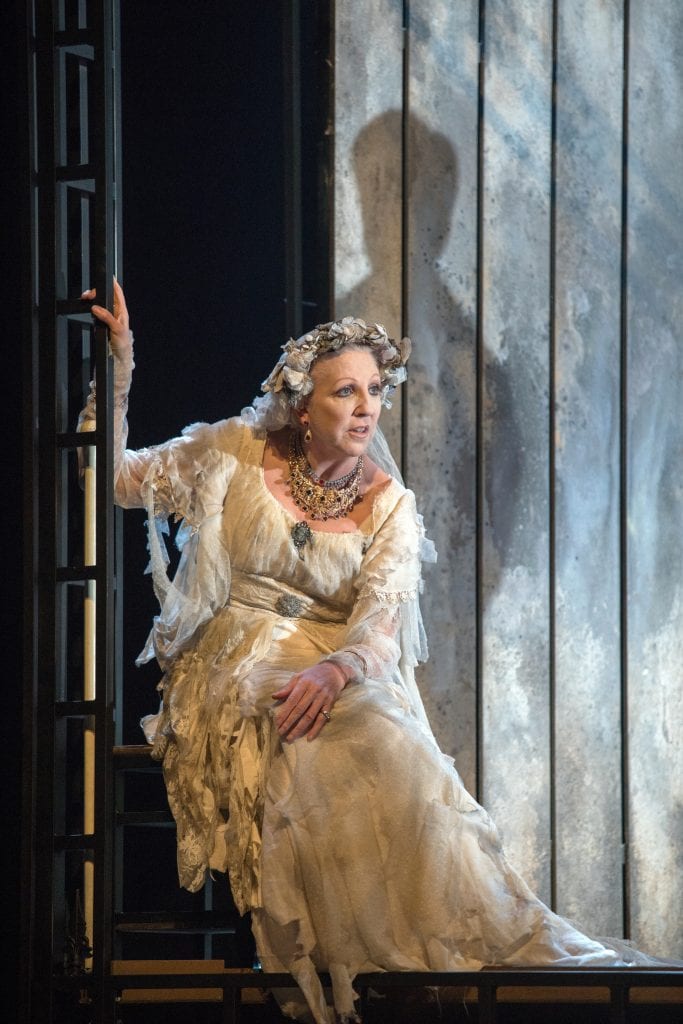 The ability to show humanity in the round is what gives Dickens his appeal. His gallery of rogues, saints and angels is second to none. If this fine production of “Great Expectations” can encourage and inspire more of us to pick up the novel and engage with Dickens one to one then it will have performed a valuable public service.