So, In or Out? That is the question and no, this isn’t another dating post.

I have to say that I wasn’t remotely surprised by Boris’s betrayal, but I was disappointed. Same with Zac, who now won’t get my vote, but without wanting to go into details about why you should never trust men who have had affairs, I will swiftly move on to why I think we should stay in the EU…

Obviously I know very little about politics in general and nothing about the details at all, but to be honest, I don’t want to spend the next few months being told the facts and trying to weigh them all up because although we all want to know what the future holds for whether we should stay or should we go, nobody is going to be able to tell us that. Of course there will be mountains of issues to consider, both for and against if all we want are just cold hard facts, but shouldn’t it be something more than that? Shouldn’t this be more of a a gut reaction based on our status in the world and our pride of being willing and able to embrace all things global? How can we even think about going back to being a tiny isolated island in this day and age? So we want to shut our borders, make ourselves more secure and save more money in benefits? How selfish is that? Shouldn’t we be making a collective decision based on progress rather than a “what’s in it for me” decision?

It just seems wrong to me to become protectionist and inward looking, but I do worry that the fear element of today’s world means that the “Out” contingent have a lot of carrots to feed us with. Not good at all. Surely we should be strengthening our collective clout by uniting further with Europe, rather than retracting because we feel we would be better off on our own. Surely all the horrendous atrocities going on in Europe at the moment should make us want to remind Europe that we are in this together, stronger together, rather than turning our backs and putting barbed wire up around ourselves?

I think David Cameron is going to have a horrendous battle on his hands, which was not what he was expecting. Last year, most of us were up for staying in the EU according to the polls, but now, I fear, there is a serious tide of change. With what is going on at borders all around Europe – not least with children getting tear gassed in Macedonia and the jungle in Calais ablaze just today, those on our little piece of land who are patriots and don’t want to share any bit of it “that is forever England” will be louder this year and the leaver vote is going to stand a much stronger chance than they did previously. Young voters have tended to want to stay in – of course that makes sense with their hopes to travel the world, but they all know of Boris and seemingly quite like him, so whether they are politically motivated or not, I think he will sadly have a significant influence on their decision – although hopefully not too much if they stick to their stereotype of not getting out of bed in time to actually come out and vote on the day.

Those on the fence, who are predominantly women and middle class and middle aged will wait to be given the arguments for and against, but it shouldn’t be about whether it benefits ourselves personally, it should be for the greater good of the whole of Europe and the rest of the world and if we pull out, then there will be even more chaos in Europe than there currently is. So surely it’s about doing the right thing and sticking with something that needs a combined effort to fix?

So I’m definitely in and all I can hope for is that enough of us vote to stay in which will mean that we won’t have to contend with Boris going for Prime minister in a few years time because he will have burnt his (migrant) boats.

But does anyone know if I have to do a postal vote? For the first time ever I’m going to be at Glastonbury along with 174,999 other festival goers on the day of the Referendum – so if I was David Cameron, I’d get a polling booth or 100 set up next to the portaloos. 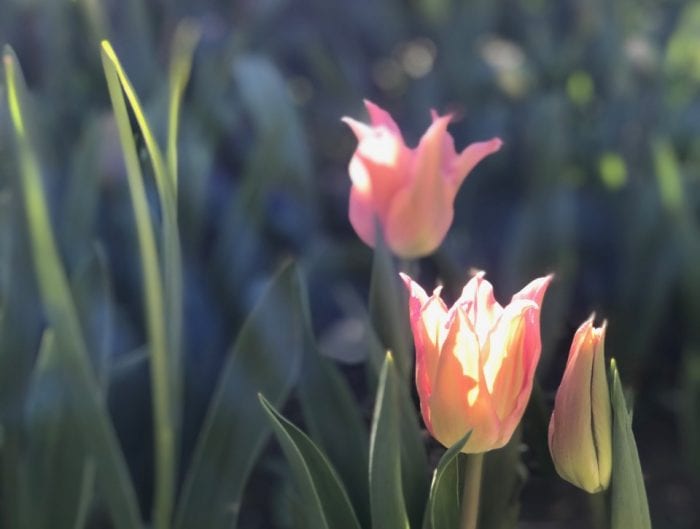 You’re right…..this would be as distastrous as Trump being elected President!