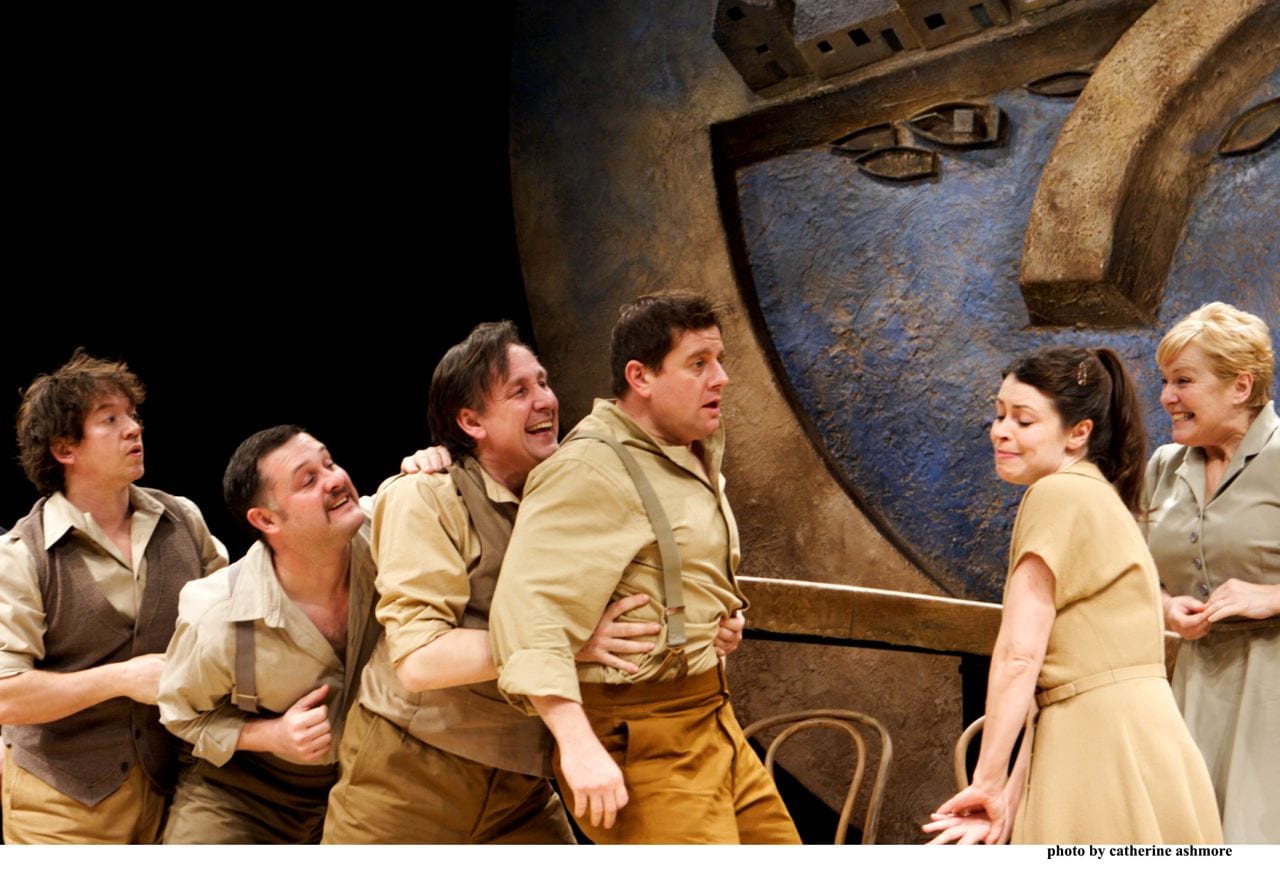 My far more intelligent and erudite friend went to see the latest play at Richmond Theatre – I’m going to have to confess that I didn’t write it because it’s a little bit obvious – not my basic simple style at all and I hadn’t realised what the “town” spells backwards…hilarious!

Here we go – a marvellous review:-

Under Milk Wood is a ‘play for voices’ and spans 24 hours in the lives of the inhabitants of a small welsh town by the sea. Reputedly based on the Pembrokeshire fishing village where Thomas lived before WW2, the play was originally called The Town That Was Mad; a clue to the weird, wonderful, dreams and musings and lives of the characters of Llareggub (read it backwards). Eventually commissioned by the BBC in the early 1950’s, Dylan Thomas took at least six years to complete Under Milk Wood, and may have toyed with the first drafts whilst still at school.

For me, English lessons at school were a mixture of revelation and utter boredom. Dissecting Dickens and trawling through Tennyson was, frankly, no fun… but Dylan Thomas was wonderful. I loved the magic of his compound words, creating new meanings and descriptions, and painting verbal pictures that are as exciting as fairy tales and characters larger than life, that are really just life itself.

The set is a birds-eye view model of the town that covers the back wall of the stage. The stage is empty and a cold blue moonlight barely lights the scene. The actors (13) walk on and drape themselves over the various levels around the stage; Owen Teale as Voice One stands, imposing, ready to deliver the first line. (Tension broken slightly as he waits for latecomers to find their seats. Tut. Tut. Life does not go according to plan in Richmond or in Llagerrub.) “To begin at the beginning: it is spring, moonless night in the small town, starless and bible black, the cobbled streets silent and the hunched, courters’ and rabbits’ wood limping invisible down to the sloe black, slow, black, crow black fishing boat-bobbing sea…And all the people of the lulled and dumbfounded town are sleeping now…”

The audience is invited in to watch the secret dreams and thoughts and words of 60 characters over the course of one day.

“Only you can hear the houses sleeping in the streets.”

Dylan Thomas shows us, behind the eyes of the sleepers, “rainbows and tunes and wishes and flight and fall and despairs and the big seas of their dreams”.

As the inhabitants of Llagerrub start their day, the play continues fast-paced, the chaos of life emerges – lusty, bawdy, sad, hilarious, manipulative, bullying, tongue-wagging, finger-wagging, gossiping… a series of vignettes, individual verses in a poem about village life. The ordinary becomes extraordinary. The sun comes up, subtly on the back-drop scenery (it took me until at least midday to notice). The acting is superb – as the cast jump from character to character, morphing from the vile husband-bullying widow to the gentle single mother (of many). As night falls again, the memories and voices of the dead draw closer; the calm darkness descends on once more; the communal night draws the inhabitants back into their houses, and their dreams. “From where you are you can hear in Cockle Row in the spring, moonless night, Miss Price, dressmaker and sweetshop-keeper, dream of her lover, tall as the town clock tower, Samson syrup-gold-maned, whacking thighed and piping hot, thunderbolt-bass’d and barnacle-breasted, flailing up the cockles with his eyes like blowlamps and scooping low over her lonely loving hotwaterbottled body.”


The actors are fabulous, very Welsh, very larger-than-life, and very funny; they could not have done a better job… and there are some hard acts to follow. (Famously, Richard Burton as the original Voice One). We enjoyed the production hugely, like relishing a really good adaptation of a favourite novel. Great entertainment, hilarious in parts. However, Under Milk Wood is ultimately a poem…it’s about the beauty of Dylan Thomas’s words, which are best experienced through listening (preferably), or reading, trusting to imagination and personal association to bring the characters to life. To fully enjoy the poem/play you would need to tune into Thomas’s words; they do come thick and tongue-twistingly fast. Not everyone will relate to his style; not everyone will have known what to expect. There were one or two empty seats in the second half; not a reflection of the brilliant production, which was fantastic in all senses of the word.