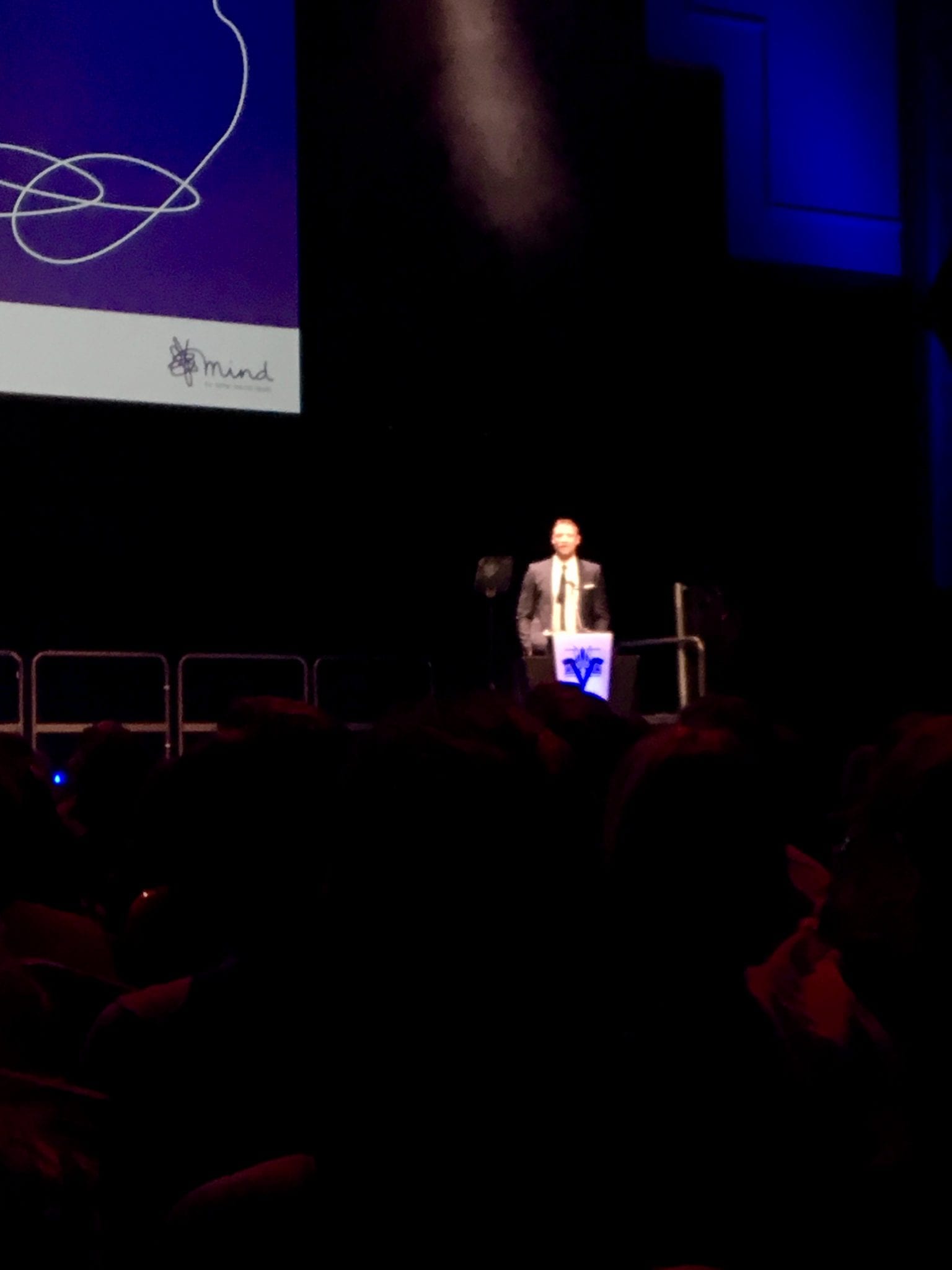 I attended the Mind Media Awards 2016 on Monday evening with a friend of mine. I wasn’t expecting to be so moved by the whole event. So many great human beings, doing all that they can to help the so many sad people who had lost loved ones to mental health. Mind, a charity for better mental health works tirelessly to help spread the word, in order to help break down the stigma attached to get people talking about mental health and ultimately to encourage people to get help when required.

Freddie Flintoff hosted the event brilliantly. He spoke movingly about his own battle with depression and the documentary he went on to make called “The Hidden Side of Sport”, which explored depression in sport. “The media”, he said “has a really important role in shaping the way we all think about mental health problems and powerful and sensitive portrayals of mental health both educate the public and encourage people to seek help when they need it most.”

I was a bit too far away to get a decent photograph:- He didn’t write a speech as they’d requested, but instead just chatted and told a few stories. He told us about when his depression started as a kid on an estate, playing cricket “no wonder he’s depressed” he joked, “he’s been standing in a field for five days.” Very often he would remember the bad times, rather than the good and was never satisfied with his lot in life. He tried getting fit because he was fat and would make himself sick to try and lose more weight, all the while putting on the image of the man with the helmet stepping out in front of everyone, but he was a very different man when lying in bed on his own. It was only 7 or 8 years ago that he finally gave in and got some help. He didn’t want to keep drinking and hiding from himself. He went to the doctor and filled in endless forms; “you’ve got depression” said the GP. “No shit, Sherlock” he replied. So now he takes “happy pills” and they make him feel normal so that he is more equipped to deal with what’s happening and he hasn’t had a drink for two years because he doesn’t feel the need to change his personality anymore. He works with his family on a points system – “how are you feeling today?” on a scale of 1-15. It means his family can help and understand what he needs on a daily basis.

He discussed the year we’ve all experienced “it’s not all bad, we’ve had Brexit and got Trump, but at least Nigel Farage is still in the USA.”

There were some technical issues to deal with, followed by one of the presenters at the podium very politely saying “I’m so sorry, but I’m going to faint,” before promptly crashing to the floor. Seemingly coincidentally, the doctor that ran to his aid was Freddie’s cricketing doctor.

I was introduced to Paul Farmer, the Mind Chief Executive who then gave the welcome speech. He was pleased to announce that Mind is a charity partner in the Heads Together campaign being spearheaded by the Duke and Duchess of Cambridge and Prince Harry, which aims to change the national conversation on mental health and wellbeing and he also discusses the prospect of the London Marathon being a “mental health marathon” next year in partnership with Virgin Money.

Alistair Campbell presented an award, as did Jeremy Paxman. The awards are for all sorts of categories including best journalist, publication, documentary, blogger and film. All the entries shortlisted are impressive. The Loose Women team won the Entertainment category for their “Lighten The Load” campaign:-

It was sad to watch a short film about Remembering Sally Brampton who was passionate about speaking out about mental health and should have been one of the judges. I read her book in the summer called “Shoot The Damn Dog” and it’s an excellent insight into depression. Just so dreadful that she succumbed to her illness by taking her own life in the end.

It’s a growing charity and one that is becoming more and more urgently needed – teenage girls are particularly vulnerable and I have written recently about whether our teenagers are in crisis.

It was a great evening, but on a practical level, my advice is that in future the organisers need to ensure that all those shortlisted sit in the first two rows as it took far too much time to get to the stage, as most of them seemed to be sitting upstairs, leaving Freddie twiddling his thumbs.