ALLERGIC TO HAZELNUTS, CARROTS AND APPLES? 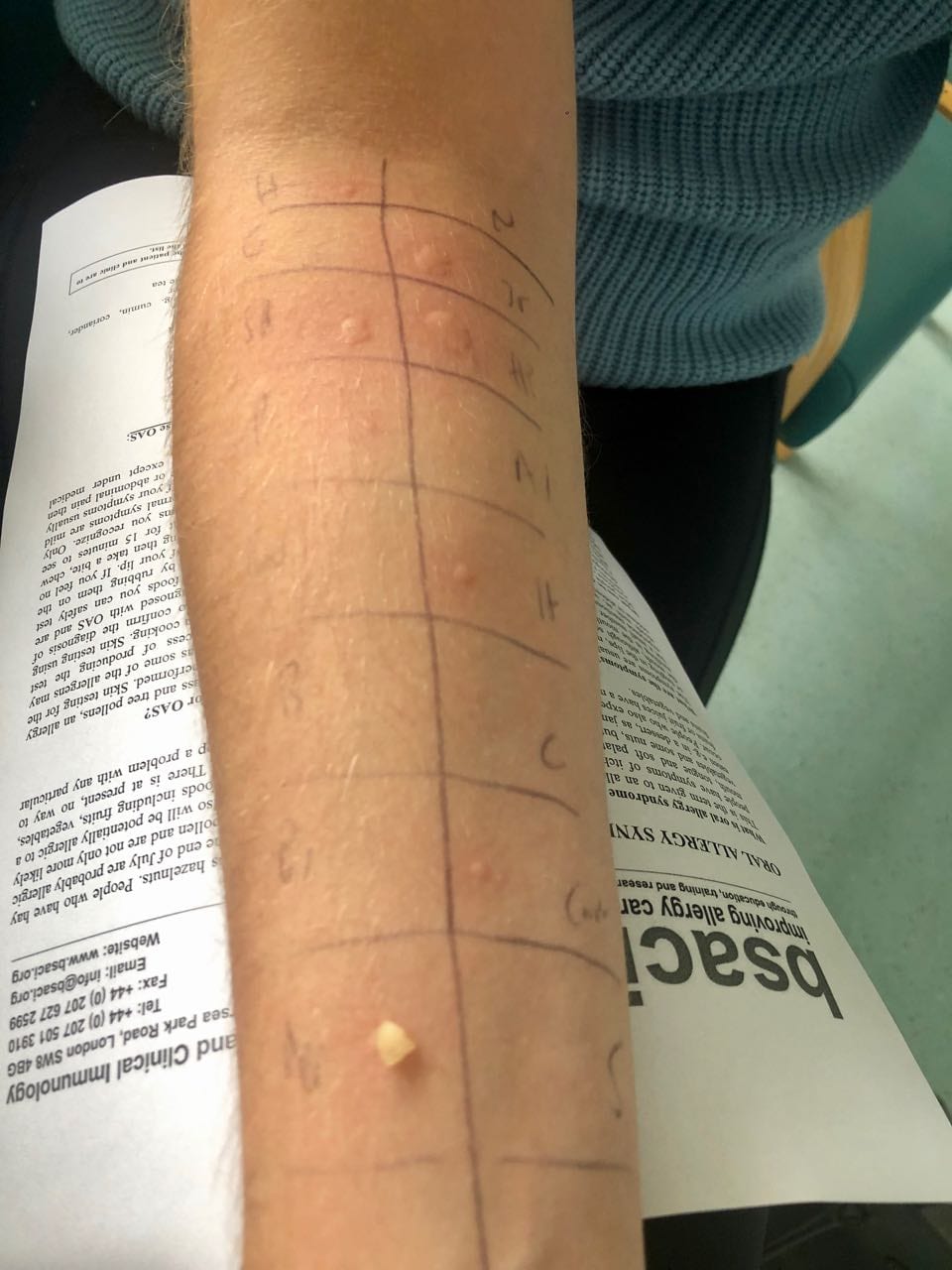 My daughter has recently developed symptoms of itching and swelling in the mouth, tongue and soft palate after eating certain foods. Hazelnuts she has been reacting badly to in particular, but also apples and carrots. So we thought she’d worrying developed a primary nut allergy and she’s been having to carry an epi-pen around just in case.

After a number of months of waiting for her NHS appointment we saw an allergy specialist who did a rather basic skin test on her for a lot of different foods. Turns out she’s developed “Oral Allergy Syndrome” (OAS) with the symptoms being caused by a reaction to plant proteins which are similar to those in pollen – in particular Birch tree pollen. The fruits and vegetables most commonly related to birch tree are apples, carrots, celery, almonds, hazelnuts and peanuts and then there are others like tomatoes, strawberries, honey, camomile tea, celery, cucumber, amongst a whole list of others. Although if they’re cooked, the proteins are usually destroyed so generally it’s safe to eat cooked or canned fruits and vegetables (but not necessarily lightly stir fried or steamed foods). Which means that she can hopefully still have Nutella (YAY!! Although not good on the palm oil front).

Apparently there is an epidemic of adults developing this type of allergy – it is thought the reason is because the trees are throwing out lots more pollen than usual because they are STRESSED (the Dr’s word) owing to climate change issues. I had no idea that this was so common and it’s worrying that we are seeing this effect.

Aside from the skin test, she has been advised to safely test for them herself where necessary by rubbing a food on the outside and then the inside of her lip. If nothing happens, you should take a small bite, chew, spit it out and wait 15 minutes for a reaction.

15 minutes appears to be all that is needed….just look at what happened to her arm in just that time:- 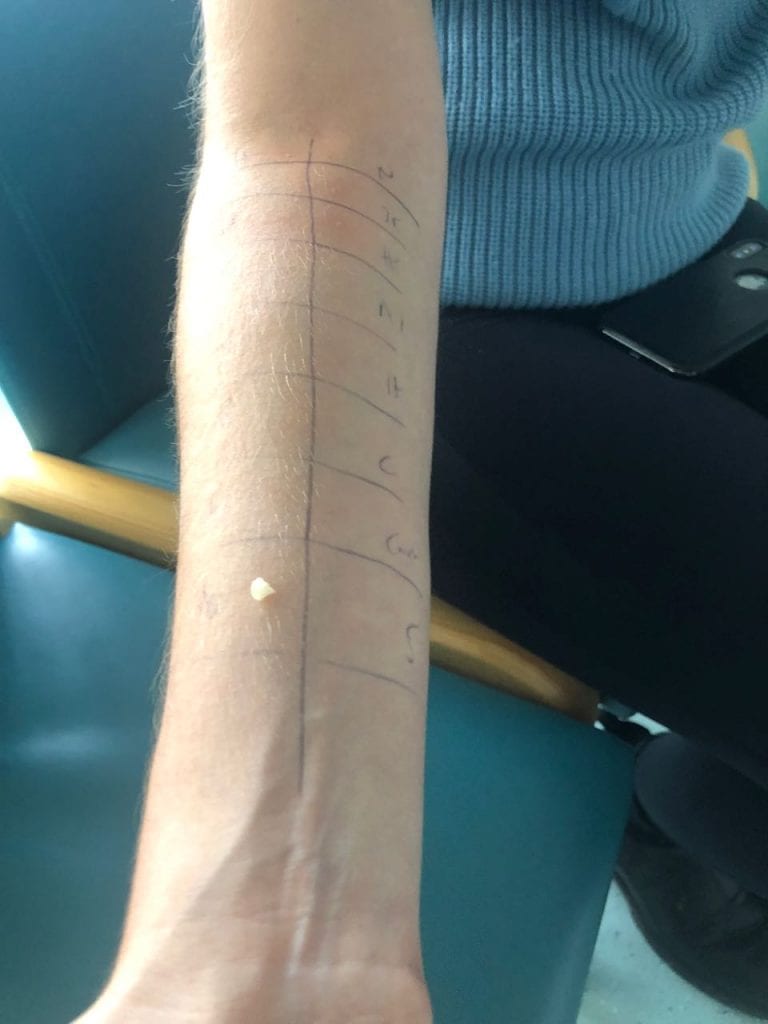 The biggest reaction she had was to hazelnuts and don’t worry – that little lump of white stuff is apple – not “OMG WTF!! Is that pus coming out of her arm??” response from my brother:- 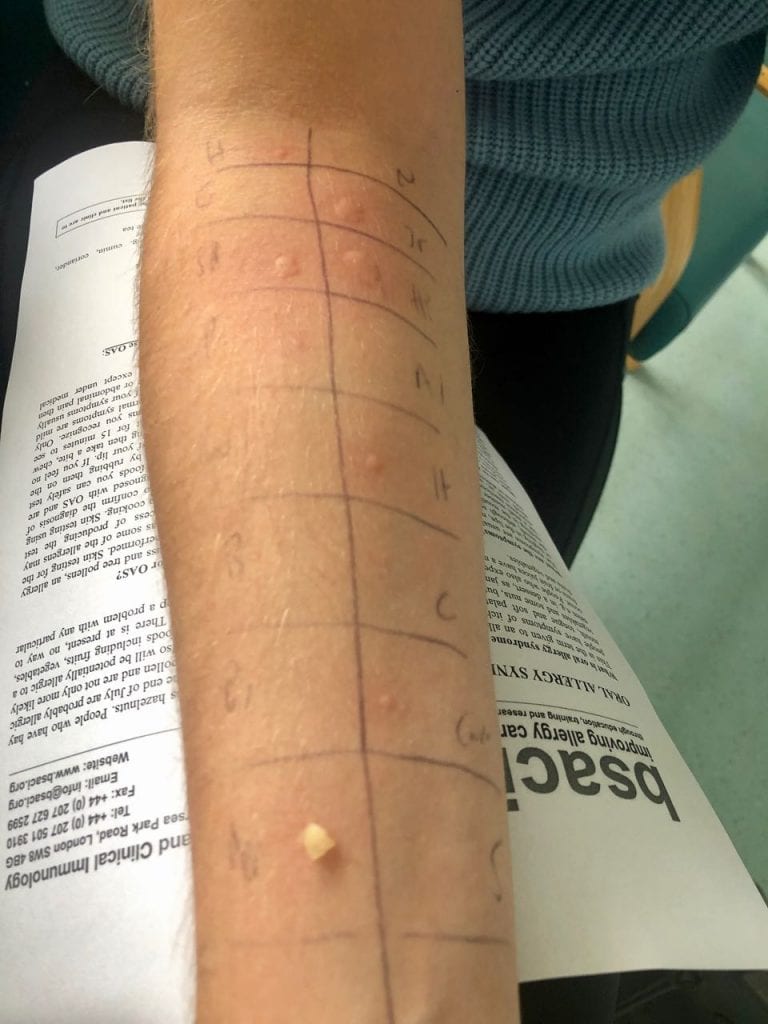