I hate this stupid ongoing trend for Gap Year Travel. I wasn’t bloody allowed to have one – probably because they weren’t invented when I was their age, but honestly, it’s so traumatic for the parents, I think they should be banned – at least until their frontal lobes are fully formed.

I am just in the process of getting my son ready for the start of his gap year travels. He’s off to Thailand next week and will no doubt be attending the Full Moon Party, the Half Moon Party, the Quarter Moon party, the Eighth Moon party…basically a Moon party every day.

My preparations have so far consisted of an awful lot of washing and the following:-

1. Take him for expensive vaccinations and be terrified by everything he could catch, tread on or be bitten by. HE COULD GET RABIES.
2. Take him to get his first aid kit, Imodium et al and be terrified by all the illnesses he could pick up.
3. Take him shopping for a few T-shirts and shorts and try not to discuss sunburn that could lead to sun stroke and ruin his holiday.
4. Ensure his passport is up to date and try not to terrify myself too much that he might get it lost or stolen and not get home because he’s stuck at the Embassy forever (at best).
6. Ensure that he has travel insurance and wonder whether “extreme sport” should be covered as he will no doubt foolishly get on a quad bike with no helmet or shoes and then crash.
7. Start building up the horror stories – drugs, sex, violence, water safety, beach safety, food safety – my two eldest children have a few horrors from their travels which I keep reminding him about.
8. Try to educate him in on where he is going in the world and what their local customs consist of. Basically no exposure of bums and show respect at all times.
9. Update him on the fact that there will be an election whilst he’s there – from experience, these can be tricky.

He’s not bloody listening to a word I’m saying.

Teenagers appear to find it hilarious that this a thing that parents do whilst attempting to “let go” of their children. We do it when they are flying off into the unknown and have to work out how to trust them to survive when you don’t even trust them to clean their teeth.

WHY WOULDN’T WE?? We’ve spent so much bloody time trying to keep them safe and alive and now they’re going to go off and be unaware of all the risks WE CAN SEE EVERY DAY, EMERGING FROM EVERY ANGLE.

My worry antenna is currently fully extended and therefore I think I maybe need to go with him, just to make sure he’s put suncream on the back of his neck and his ears, that he’s wearing a hat, that he’s not talking to strangers and that he’s wearing shoes on the beach in case he treads on something sharp. Oh and that he is not stroking stray dogs or cats or bats. Not drinking or eating anything dubious. That he’s keeping his valuables safe and his wits about him 24/7.

OMG. I need to go and lie down.

How do you get through this bit without having a heart attack?

I have thought about going on a gap year of my own, just to get my own back but I know that even that would backfire. I’d be terrified about the whole bloody trip and my children would all be over the moon that they had a free house (Over The Moon parties every night at mine!)

In the end, all us poor embattled parents can hope for is that our precious little packages travel safely and don’t get into any difficulties they can’t get out of and ultimately get home in one piece. Is it too much to hope that they additionally have an amazingly brilliant happy time, build up lots of fantastic memories, make new friends, love every minute and come back a more rounded, more grown up human being?

It shouldn’t be for goodness sake – I’m in the travel industry – that should all be a given!! What is wrong with me? 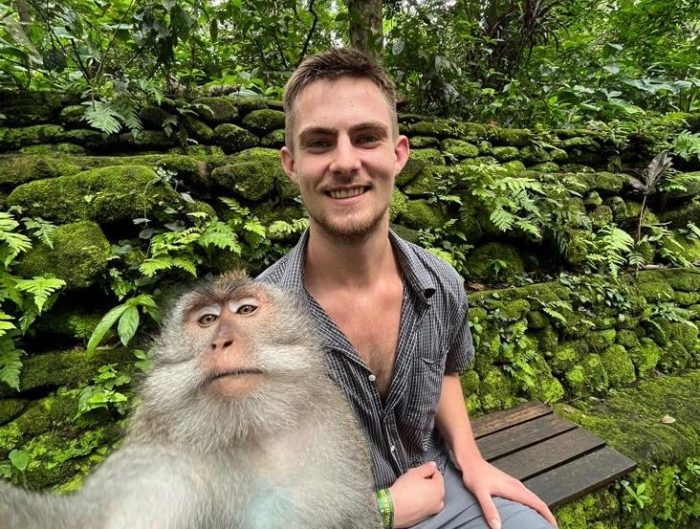