Last night I went to listen to an old friend of mine speaking at The Mandrake Club about his new and improved life as the proprietor of England’s newest (and apparently sunniest) vineyard. He talked about the course he is doing in Viticulture to learn the essentials (having started from scratch) and the vast but incredibly exciting project he and his wife (who is my oldest friend) have taken on. They have bought 600 acres of prime Sussex farmland, 72,000 German vines to plant there, a brand-spanking-new winery and his pride and joy – a shiny red tractor. They hope to start producing (mainly sparkling) wine in 2014 and are aiming to produce a million bottles a year from 2016. He is convinced that this area of land is now, thanks to climate change exactly the right temperature to make the finest sparkling wine – as good as anything you currently find in the Champagne region.

Thus far English sparkling wine doesn’t have a brilliant reputation but he says that things are changing rapidly. He suggested we all go out and do a blind tasting of Ridgeview (much cheaper than the French equivalent – I have just bought a bottle in Waitrose for £17.59) and see whether you can tell the difference between that and something like Laurent Perrier Champagne (it was the only sparkling wine served at the Queen’s 80th birthday apparently and they are winning International wine and spirit top awards now).

Here they are at the talk last night:- Rathfinny is located on the South Downs and in due course they’re going to need lots of help picking grapes – anybody want to come with me?:- There is still a huge problem with what to call English Sparkling Wine – because it just doesn’t sound, well, posh or glamorous enough and as the Brits are the largest consumers of champagne in the world it needs to be called something that is going to appeal to our high expectations of luxury. A luxury item. Hmmm.

– France has Champagne, which it jealously guards as a name and has protected status
– Italy has Prosecco
– Spain has Cava
– What does England have? English sparkling wine!

But it’s not very sexy is it. So what to call it?

English fizz?
Britagne? (too French and sounds like Brittany).
Anglais?
The Australians still haven’t managed to come up with a decent title
I definitely think a generic name would be best – they have suggested “Sussex”. What do you think? “Oooh I like that, it’s got ‘SEX’ in it” said someone last night….I think it could catch on. 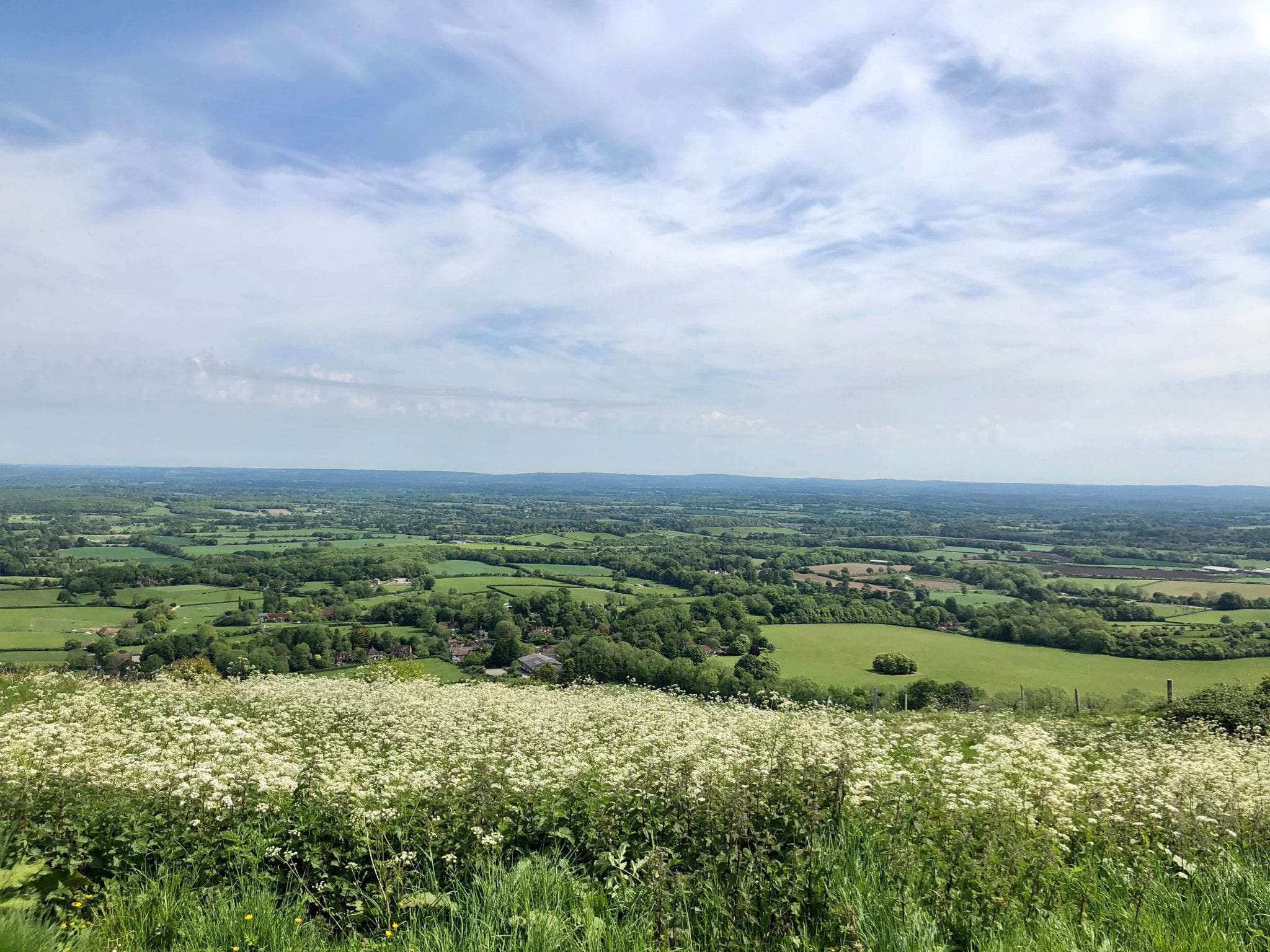 I like the name Sussex, mostly because I come from there. Lucky friend of yours, I love the South Downs especially the area near Alfriston and Cuckmere Haven.

Do you? I didn’t know that! Lx

Yep, one of my favourite parts of the UK 🙂

I am sure that of the 450+ UK vineyards there would be a few objections to ‘Sussex’.

I for one love a bottle of Camel Valley from Cornwall and you could not call their sparkling fizz ‘Sussex’. It would also lead people to think that you can only get a real bottle of English sparkling wine in Sussex.

[…] WOOHOO. What a privilege it was yesterday to be invited by my old friends to be one of the first to plant a vine at their new vineyard in Alfriston called Rathfinny Estate which I’ve written about before here. […]