“We are free… I can say what I think. We are lucky, privileged, so why not make use of it?”

How sad that she’s died – that said she did live to a ripe old age of 94. I have always hugely admired Doris Lessing, the controversial novelist whose themes ranged fro social justice to feminism and science fiction. Zimbabwean-British writer who won the Nobel prize for Literature in 2007. Over the years I’ve read quite a few of her books. I remember reading “The Good Terrorist” whilst doing my degree and pretending that I understood it completely (along with Satre). I loved “The Grass is Singing” too.

Then here is what I wrote about “The Golden Notebook” in a post about a year ago:-
“I have been reading “The Golden Notebook” sporadically for about a month. I have got about a quarter of the way through. It occurred to me today that I have absolutely no idea what is going on and who anybody is. I have decided to start again. This time I will try and concentrate and take notes if necessary. I am quite sure she has a huge amount to say on the human condition (whatever that is) and some interesting thoughts on politics in Africa during the 1950′s. I need to try harder. The problem is she is far too clever for me. The type is also dauntingly small. There are also no pictures”.

My Grandmother knew her when they both lived in Harare – formerly known as Salisbury – a pretty fun place to be at that time from the stories I’ve heard. She used to talk about Doris like she was a good friend of hers so you can imagine my father’s disappointment when he received a response to a letter he wrote her about his father’s untimely death. My Grandmother had always talked about Doris Lessing being at the dinner where my Grandfather died under suspicious circumstances and how they had discussed it subsequently. So whilst it was very kind of her to bother to reply, her response was a little disappointing (I have removed her address and his name):- 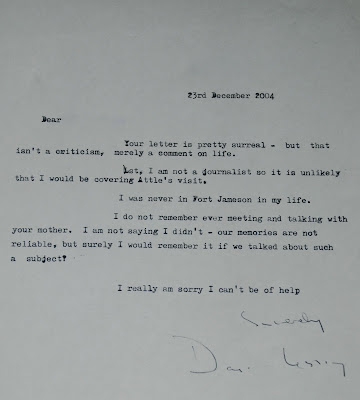 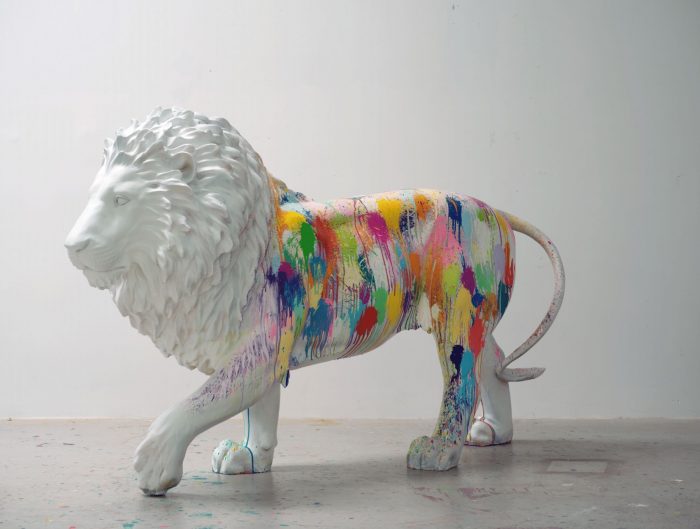