ON BEING A MOTHER 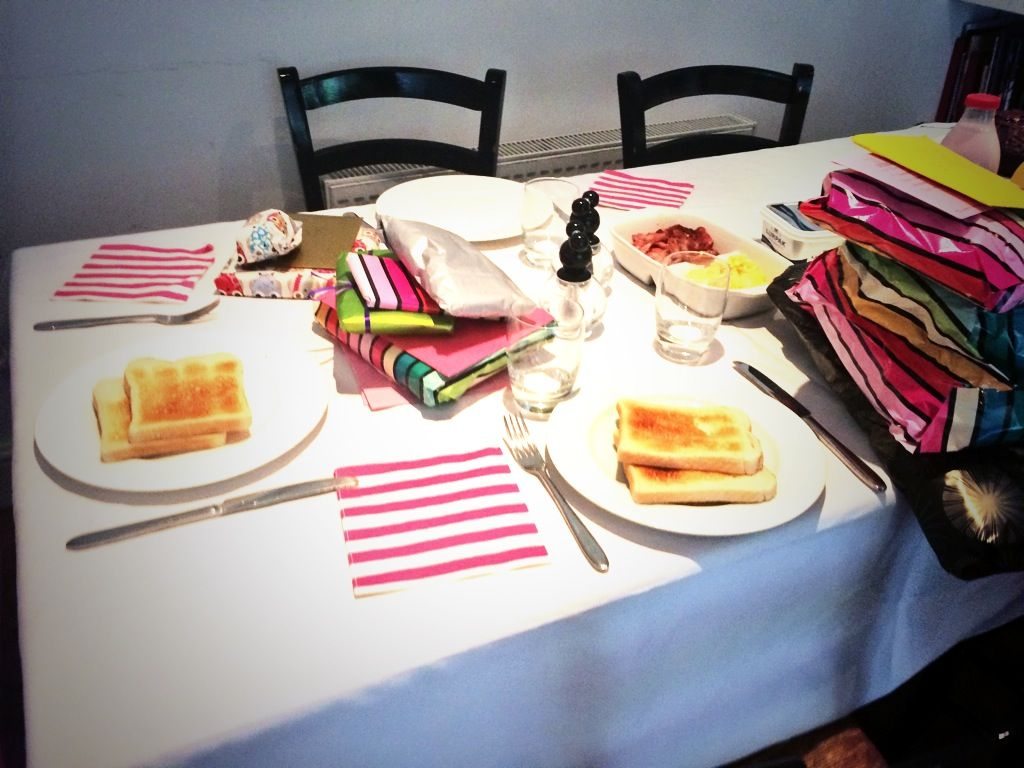 I am having a moment….a kids growing up too fast moment and I wanted to write something on being a mother for a minute because I’m feeling a little bit scared about the prospect of losing another child in October when she heads off to university. Of course it’s all good really – the way of the world and all that and I’ve been absolutely fine with the whole idea until the other day when I started making her the usual 7am cup of tea, like I always do to wake her up before school. Then I realised she didn’t have to go into school anymore because her exams were all over. Then I realised that the whole summer loomed ahead and there would be no reason for me to make her a cup of tea any morning. Then I thought about her leaving in October and only ever coming back in the holidays so with a dull thud, it suddenly dawned on me that perhaps I would never make her a morning cup of tea again and that part of my life and daily routine was over. And then I cried. For the loss of something that you don’t quite appreciate when you’re tired and fractious and rushing to get yourself to work and them up and out for the day.

There is just going to be a big space when she goes that I need to fill.

Way of the world and all that.

Anyway, on a more positive note, it’s not that things end, it’s that things change and with that comes new beginnings. Take for example my firstborn child. Can I just make a small announcement as to how proud I am of him? Not perhaps for all the more obvious reasons like because he’s done well in exams, or because he’s got himself a summer job, or because he hasn’t had more than two parties so far this summer in my house, or because he’s happy and cheerful and engaged and loving life……but because he made a massive effort for his girlfriend’s birthday to make her happy and I love that more than anything. I love that he cared enough to go out of his way to order things online in advance that were personalised (OMG Instagram Marshmallows – AMAZING) and he booked to take her to the theatre, but also that on the morning of her birthday he made her breakfast THAT HE’D BEEN OUT TO BUY ON HIS OWN and he asked me where the white tablecloth was that we used for special occasions and I suddenly felt a lovely warm glow of something akin to pride that I’ve taught him something important. Make the effort for people. It makes a difference. He made her bacon and egg! Toast. Bought strawberry milk. Wrapped presents. IMPRESSIVE.

How did he go from this gorgeous wee child opening presents on his second birthday:- He even bought her picnic things for Sunday:- That said, do you think this is where things change again and I become one of those awful mothers who don’t think anyone is going to be good enough for her children because she’s seen the efforts they are going to and will be disappointed if the same efforts are either not appreciated or reciprocated? Again, that’s the way of the world because if we all went round feeling delighted and amazed (and slightly smug) we wouldn’t get a lot done in life now would we? So I guess a little bit of disappointment when you get the present wrong is healthy.

Or maybe it’s just that sometimes it’s not very difficult to work out. Today, I feel that I have done a good enough job with parenting my children. It’s never an easy job, but as a single parent I have had to deal with a lot of criticism and of course your job is never done so there is no patting on the back to be given at any stage I don’t think – but what you can do is accept that what you have been able to give them has been enough – I have never been a helicopter sort of parent, more a lilo in the middle of a swimming pool reading a book and drinking a cocktail sort of parent so that if they want to come and see me they have to try and swim a little and not splash me too much…I like independence in a child and trying things out for yourself and there hasn’t been much that I’ve demanded of my children – other than to look people in the eye when they say hello, a firm handshake, an engaged tone where they want to talk to adults and not just run away and always talk to taxi drivers and waiters – never be rude. Be interested in the world and especially in other people. Travel. Be kind. And always dance. And drink and have fun. And don’t take the piss out of their mother too much unless it means that they are getting on better which I don’t mind occasionally. Oh. That’s quite a lot of demands really isn’t it. BUT the point is that I actually really like my children as individuals – love what they have to say and dare to say that we are all friends first and foremost.

AND WHAT IS WRONG WITH BEING FRIENDS WITH YOUR CHILDREN?? Life is difficult. People shaft you. Even, in my experience, your best friend can shit on you from a great height. So why, in this confusing and complicated world do we make it so difficult for ourselves?

So my advice to all parents out there? Especially women who worry so much more about these things (like India Knight says – there is a reason there is not a “Dadsnet” – they don’t stress about stuff in the same way). STOP beating yourself up about your parenting and get on with enjoying it because it goes super fast. All you want is a happy household. You can’t teach an unhappy child anything. Just enjoy your children for who they are and love love love them to bits.

We are so lucky to have them.

Not sure what’s got into me this bright and sunny Sunday morning. Let me just clarify that none of my children are up yet and so I don’t even know how many are here. They were all out last night and trickled back in at alarming times of the morning. I might change my mind massively when I see them all and find out what they’re all up to – but for now, for this peaceful moment, this was an important post to write for posterity.

You are spot on. We aren’t helping anyone by beating ourselves up about our own parenting skills, and it hardly makes for a calm home environment. Plus there’s plenty of time to think about that once they’ve all flown the nest (or in my case one!).

You’re clearly doing an amazing job. First born son sounds like absolutely darling. That’s exactly how men should treat their partners. Many could learn from his example. As for the cup of tea for your lovely daughter, you’ll be sharing plenty of chats over tea in the years to come. xx

I do hope you’re right about sharing cups of tea….and thanks Rosie, I agree it is how men should treat their partners. Lx

You’re so right. Raising a child who is kind to others, young and old, who steps in to protect the weak, who is just the epithemy of a really great guy – that’s a huge achievement. It’s really rare too. I’m incredibly proud to know him and only wish that my son would get to be around someone like that.

Thanks and you should bring him over more to hang out with his second cousins!! Lx

I wish, wish, wish i could write like you! You have captured the emotions of losing them so beautifully…well not losing them, but just the next evolutionary stage of their lives and ours. It has suddenly gone so incredibly quickly. A truly beautiful post. (and Rex was so cutex)

aaah thanks so much – I know – evolutionary stages all round and where has the time gone?? Lx

Thank you Water Friend!! Lovely of you to say so….Lx